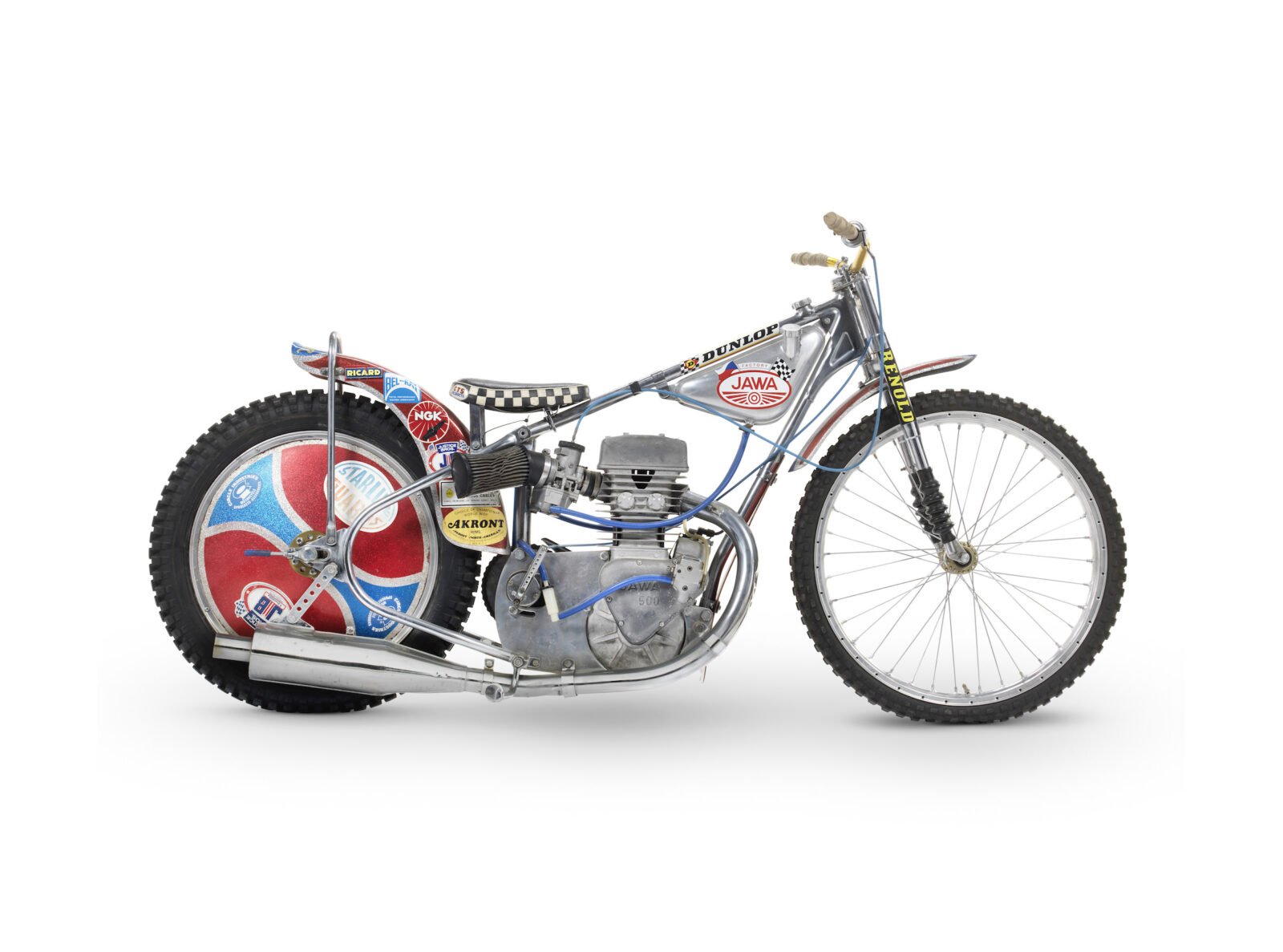 The Jawa 500 DOHC is one of the most successful speedway motorcycles of its time, largely thanks to its incredibly solid and simple construction. Jawa was founded in Prague, Czechoslovakia in 1929 by industrialist František Janeček who had bought the remnants of motorcycle manufacturer Wanderer. The name “Jawa” was created by combining the first two letters of his surname and the first two letters of Wanderer “Ja + Wa”.

The company made a name for themselves building reliable and affordable motorcycles, but it was their racing division that really made the company famous – punching well above its weight and beating many of the world’s best on the circuits of Europe, North America, Australia, and New Zealand.

In the 1970s, the speedway racing Jawa 500/894 made an appearance alongside the Jawa 500/895 – which was its long track racing sibling. Jawa designed these motorcycles with a strong focus on building a bullet-proof engine and gearbox, with the lightest possible frame and ancillaries.

The Jawa DOHC 500 used a four-stroke, 494cc, DOHC, single-cylinder, air-cooled alloy engine with a single carburetor, and a header pipe that exits out the front and down the right side of the bike. The engine has a 13.5:1 compression ratio, an 85mm bore with an 87mm stroke, a single overhead spark, 4 valves, a 34mm carburetor, and 60-65 hp at 7500 rpm.

The dry weight of the Jawa 500 DOHC is just 85.5 kilograms (188.5 lbs), making it a supremely flickable motorcycle – ideal for the fast paced, millimeter perfect riding style needed for speedway, but also well-suited to dirt track and ice racing. 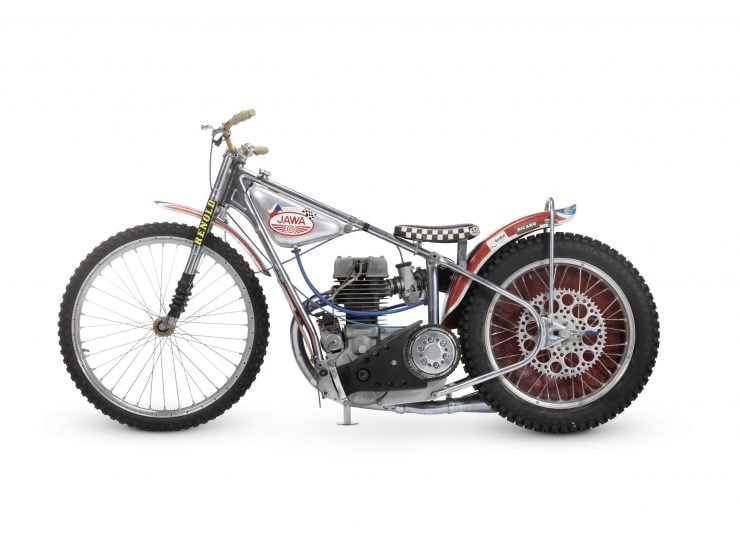 The Jawa you see here is the one piloted by Ivan Mauger to his hugely popular 1977 Speedway World Championship Final win in Gothenburg, Sweden. Prior to this, his last Speedway World Championship Final win was in 1972, and some were implying he was getting too old for racing, and was perhaps due for retirement. He then won his third long track title in 1976 and shut them all up.

In 1977 in Gothenburg Mauger found himself in the joint lead with Ole Olsen on 11 points as the final race began. It was raining heavily and his years of experience played to his advantage, he avoided a heavy accident between Olsen and Australian rider John Boulger, and took his time preparing himself for the restart.

His preparation paid off, and he got a dream start off the line and led by so much he later said that the four laps were almost a formality. He saluted the crowd coming off the final corner and took the win.

The frame and all ancillaries of the bike remain untouched since the 1970s, and the engine fitted is number “153” – the one that was taken to Australia and New Zealand during the 1976/1977 winter, winning the Australasian Championship at Sydney Showgrounds in February ’77.

If you’d like to read more about this bike or register to bid you can click here to visit the listing on Bonhams. They’re estimating its value at between £12,000 and £18,000, and it comes with a selection of trophies, awards, and ephemera from 1977 – including a Longtrack “Golden Helmet”. 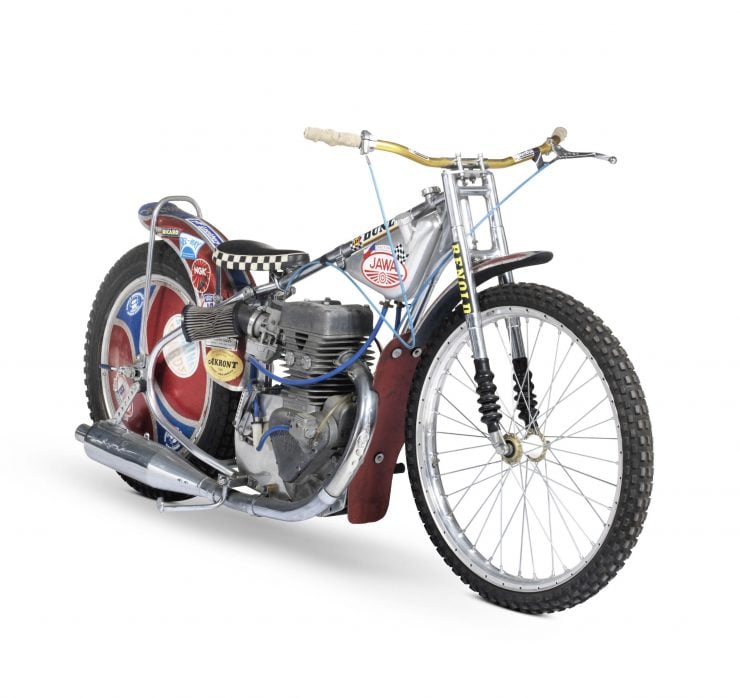 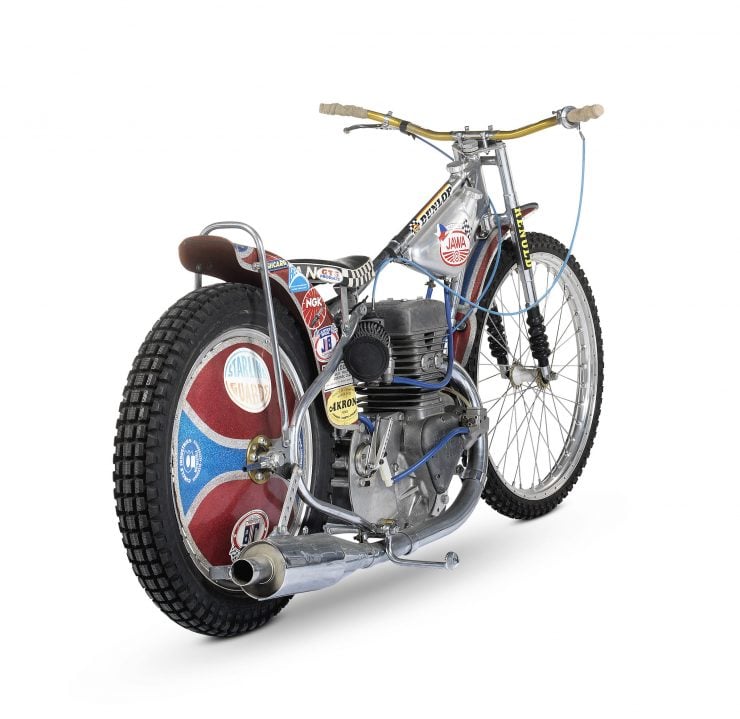 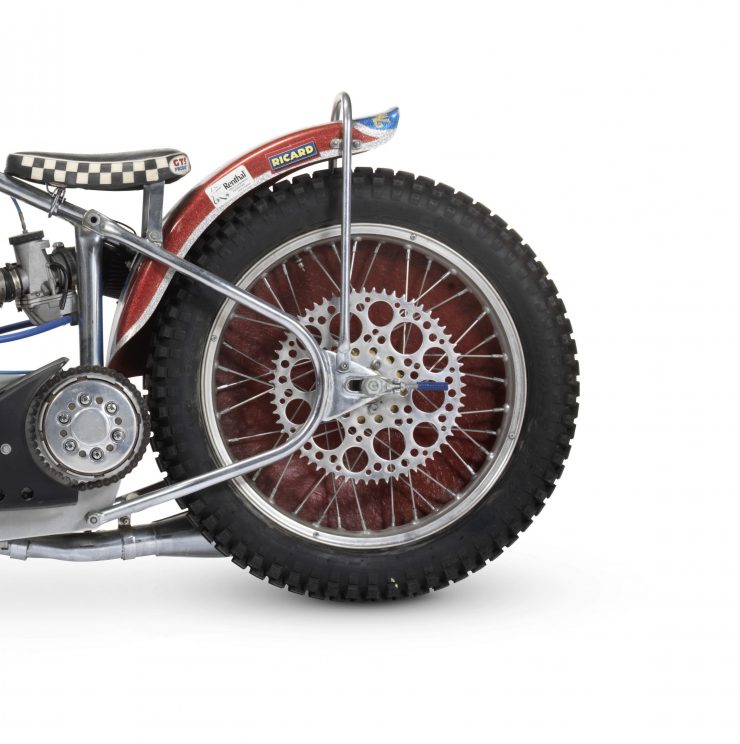 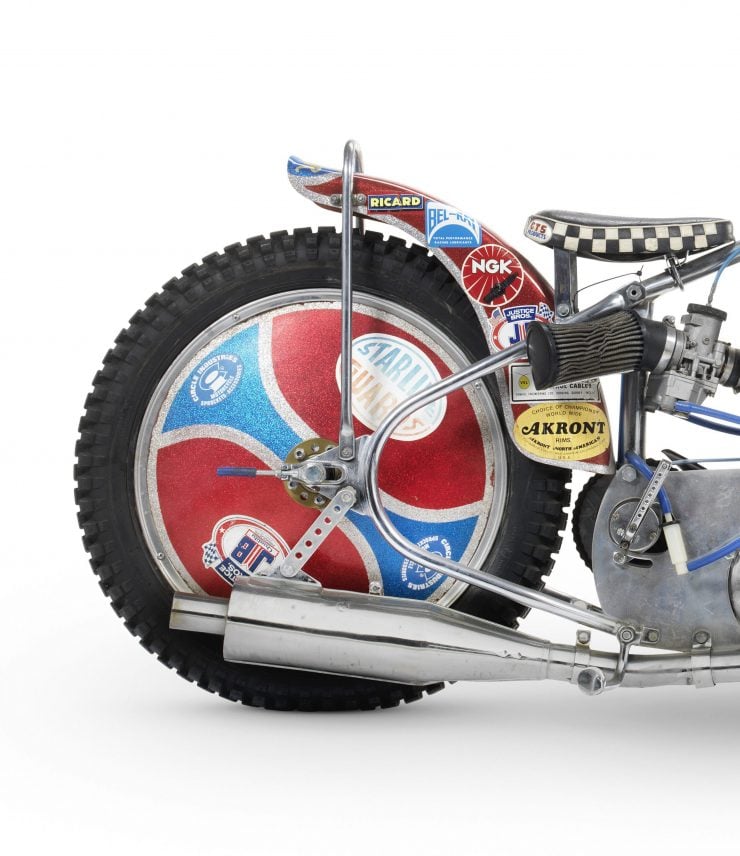 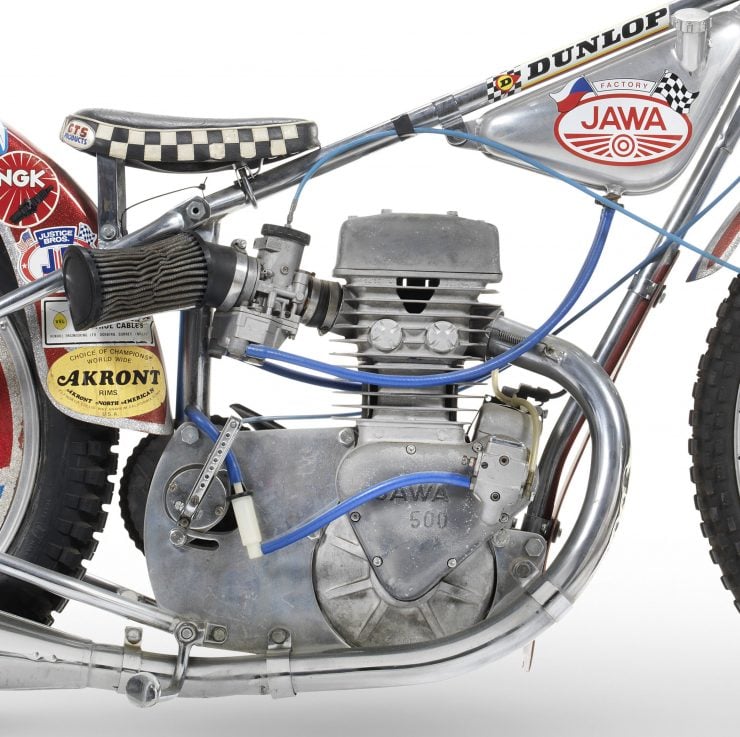 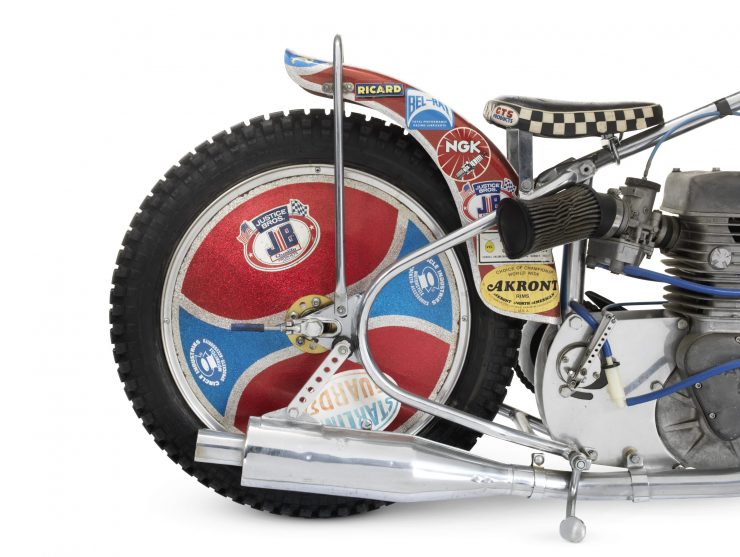 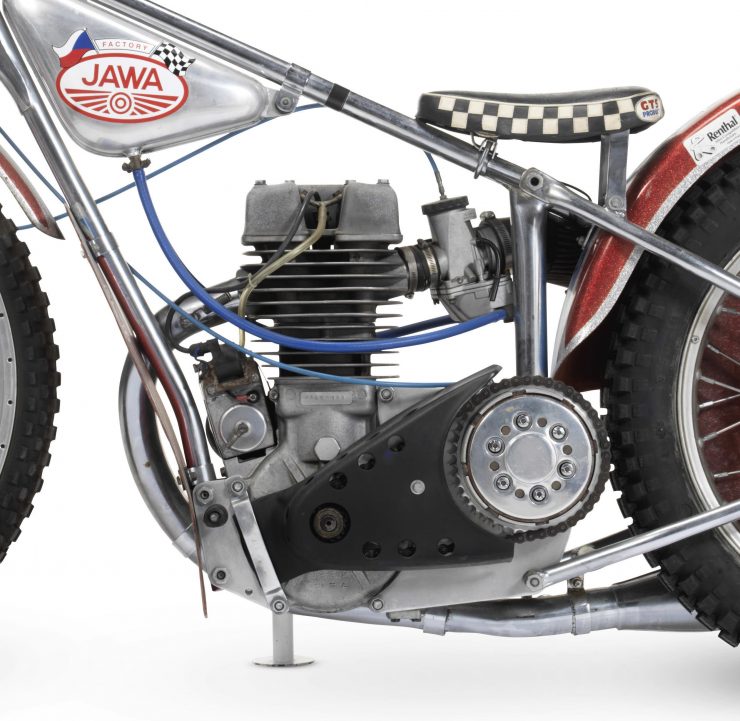 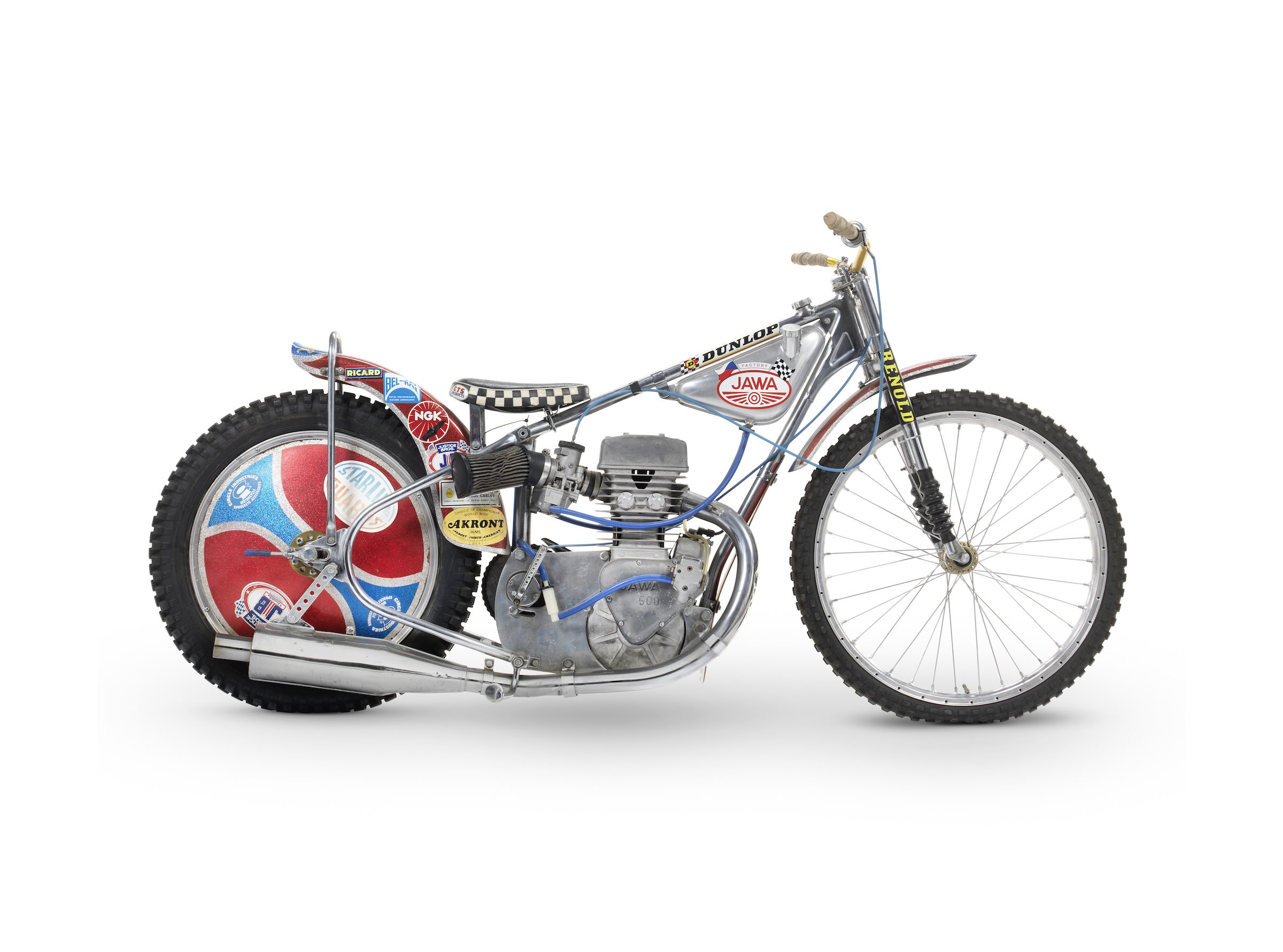