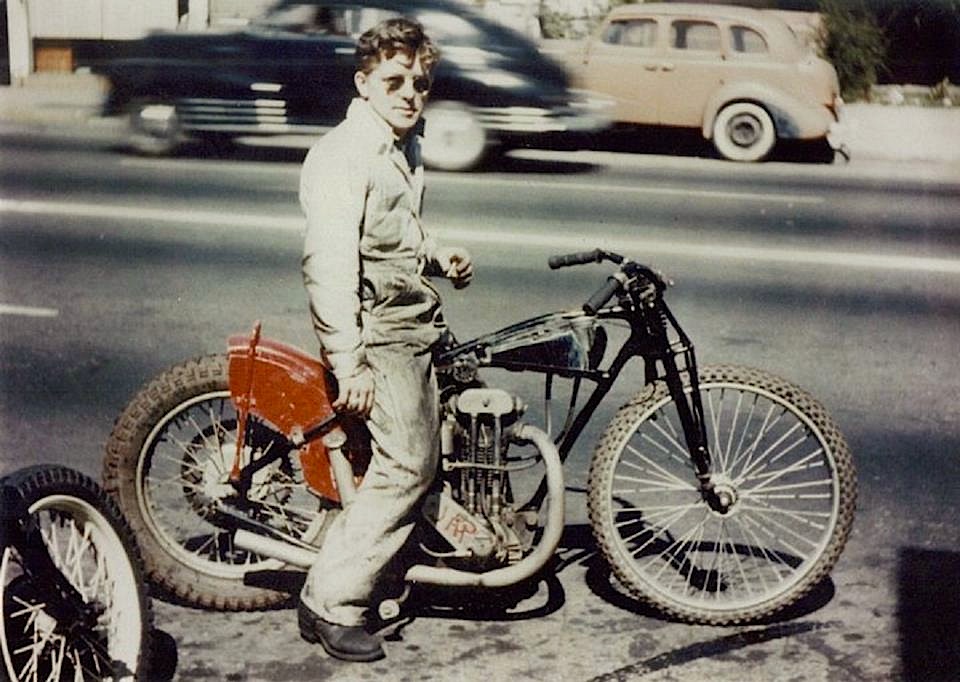 It amazes me that some people are this cool without even trying. After spending some time looking over the photograph above I’ve hypothesised that that’s a 1940’s or 1950’s JAP based flat tracker, I’ve also decided that I want one.