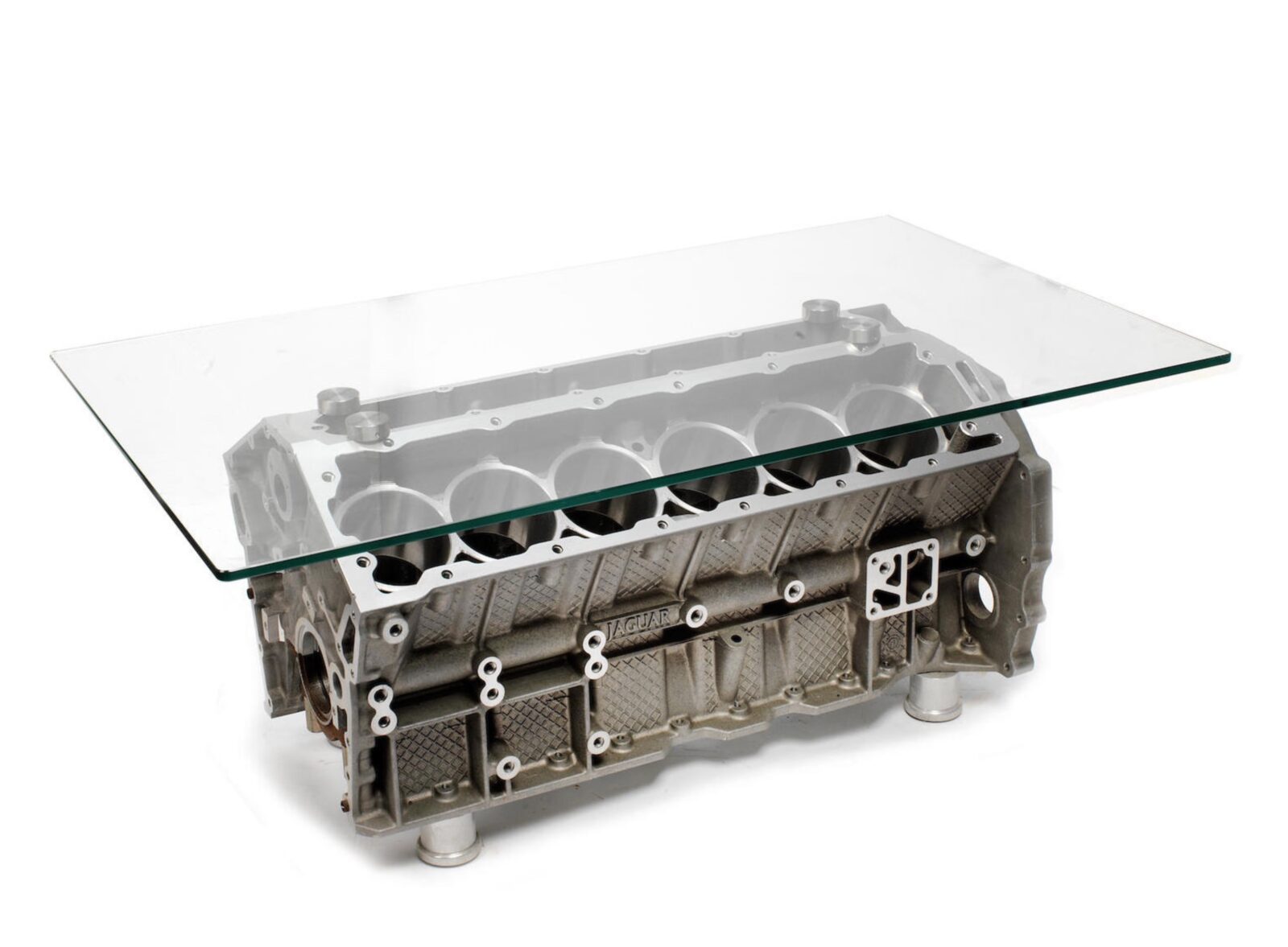 This is a Jaguar V12 engine block coffee table that is estimated to sell for £900 – £1,200 at the Goodwood Festival of Speed on the 9th of July with Bonhams.

The Jaguar V12 engine began development all the way back in the late 1950s, it was originally intended as a racing engine for the 24 Hours of Le Mans and impressively it was planned to have a swept capacity of 8.0 liters, double overhead cams per bank, and a red line of 8,000 rpm.

By the early 1960s there were two versions of the engine in development, one for racing and one for Jaguar’s production cars. The racing engine was installed in the Jaguar XJ13 prototype and the production engines were tested in the Mark X Jaguar saloon.

Sadly the Jaguar XJ13 would be destroyed in an accident, only one had been built and the program was cancelled. The XJ13 was one of the most beautiful racing cars of its age, thankfully it was later rebuilt and it’s now on display at the British Motor Museum in England.

This first production version of the Jaguar V12 would remain in service from 1971 until 1997, a remarkable 26 year lifespan that saw it updated multiple times to keep pace with technological advancement and increasingly stringent emissions restrictions.

This coffee table does a great job of showcasing the Jaguar V12, as a bare block you can see all the unusual casting details and it would make a great centerpiece in a home, office, garage, or study.

If you’d like to read more about this coffee table or register to bid you can click here to visit the listing on Bonhams. It’s described as having a 100 x 60cm glass top and it sits on four alloy feet that use the original engine mount locations. 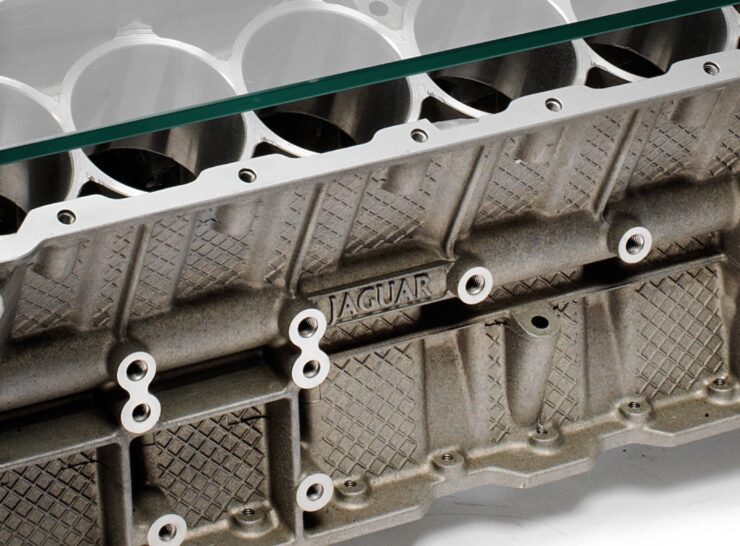