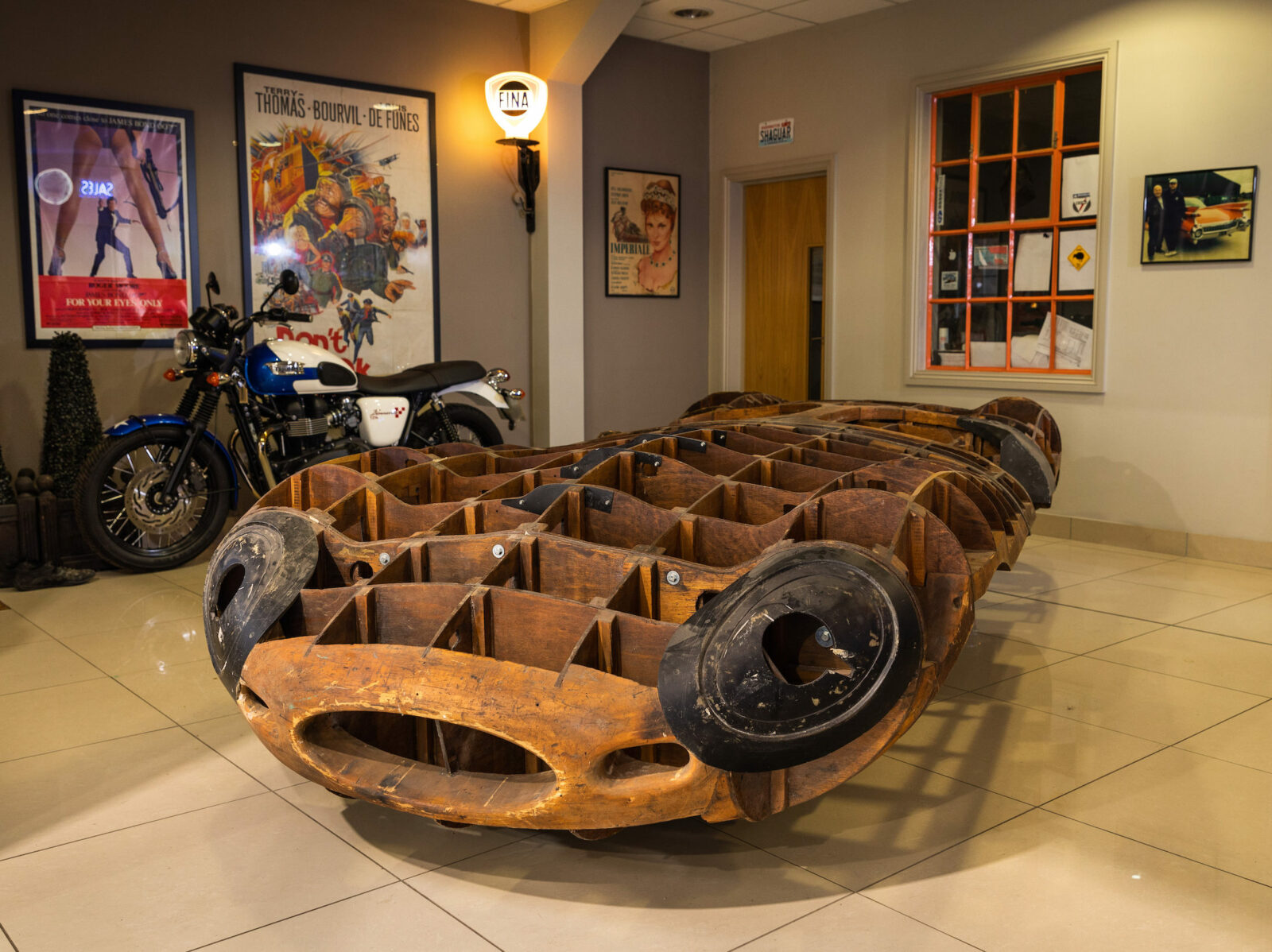 *Editor’s Note: It appears that this body buck may not be original, we’re currently seeking further clarification and will update as soon as it’s received.

This is one of the body bucks used in the fabrication of the alloy bodies for the original Jaguar D-Type and likely the Jaguar XKSS. Wooden bucks like this provided a mould that craftsmen would use to hand-form aluminum panels, ensuring uniformity and symmetry in the completed cars.

The Jaguar D-Type is remembered today as one of the most successful Le Mans racing cars in history, winning the 24 hour endurance race three times on the trot in 1955, 1956, and 1957. The D-Type was one of the first post-WWII cars to incorporate aircraft engineering principles into its construction.

Above Video: Watch a fleet of D-Types being raced in earnest at Goodwood in 2014.

This aerospace influence helped reduce weight and improve aerodynamics using the lessons learned by engineers during the war – when countless millions was spent rapidly advancing aircraft design to stay competitive with Axis fighters and bombers.

The central tub of the D-Type is made from riveted sheets of aluminum, it has a front subframe that attaches at the firewall to carry the engine and suspension elements, and the rear suspension and final drive elements are mounted off the rear bulkhead.

Power is provided by the Jaguar XK straight-six, initially in 3.4 liter form but then later in 3.8 and finally 3.0 liter form as the rules changed for competition. The small size, low weight, and excellent aerodynamics of the D-Type made it almost unbeatable in its era, and it had a significant impact on race car design going forward. 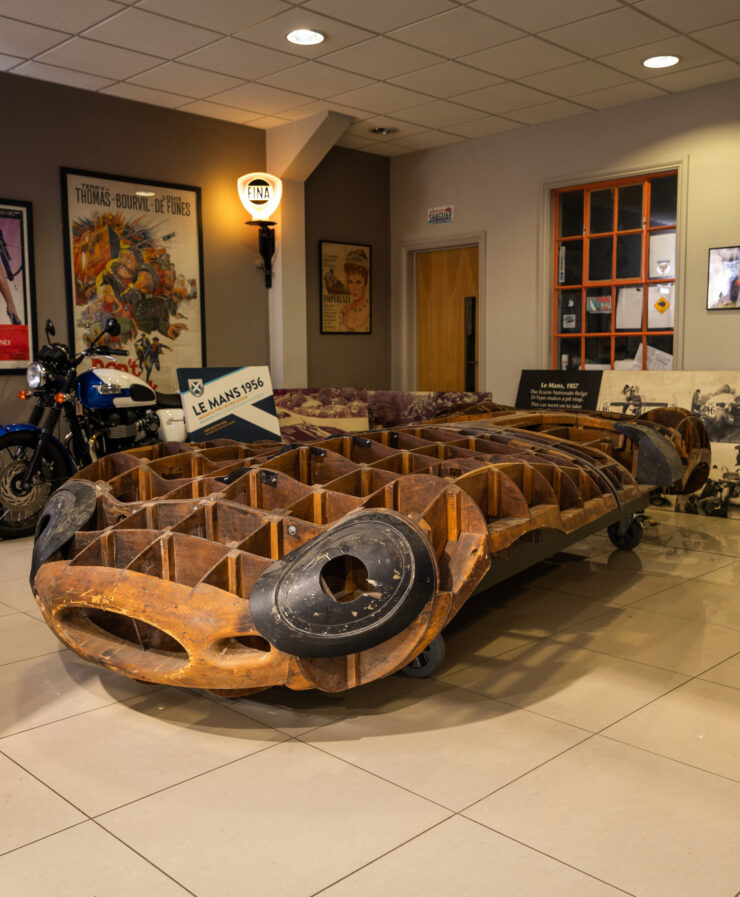 This body buck is said to be in good original condition, and ready to get back to work as the base for new alloy panels for D-Types.

The body buck you see here is of traditional wooden construction, it’s a buck for the post-1955 “long nose” versions of the D-Type and it could still be used for forming body panels today, almost 70 years after it was first made.

*Editor’s Note: It appears that this body buck may not be original, we’re currently seeking further clarification and will update as soon as it’s received. 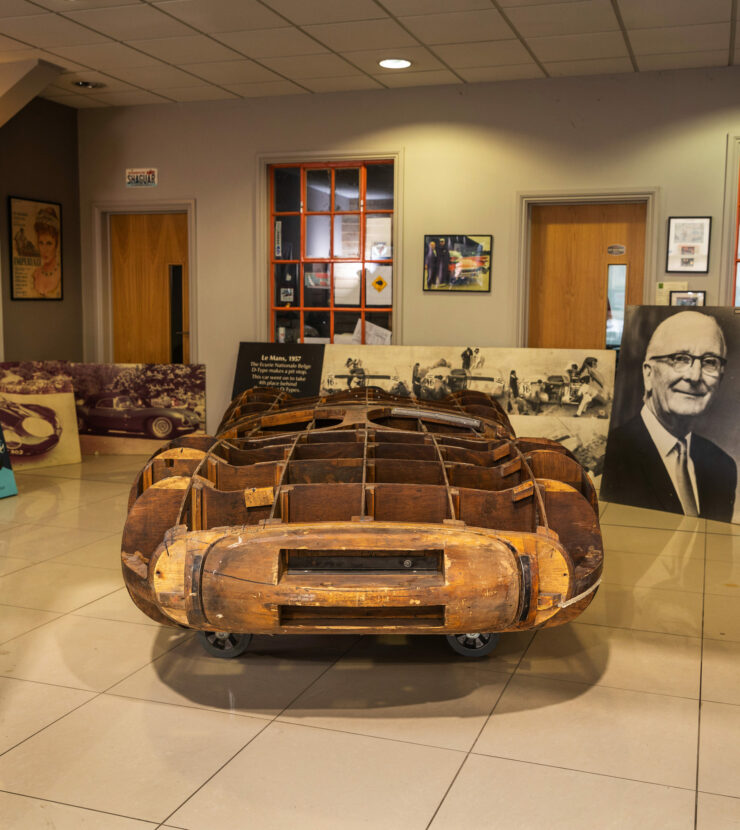 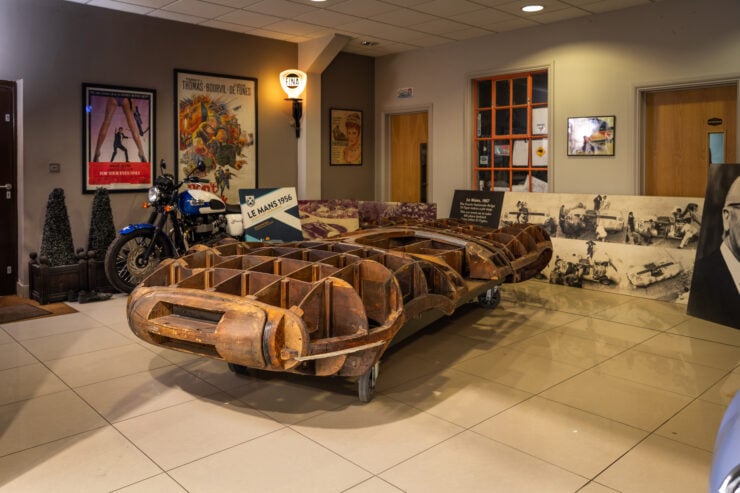 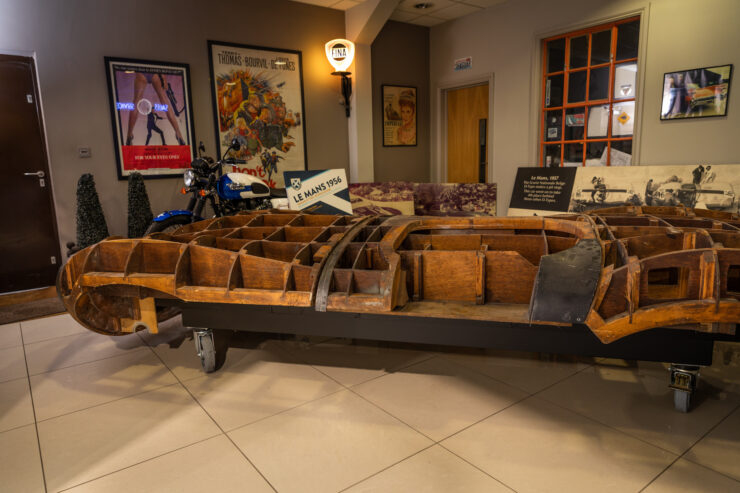 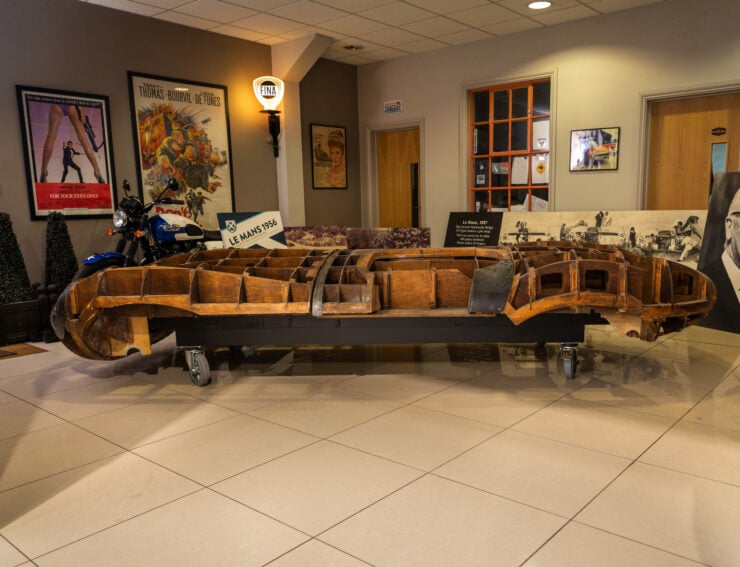 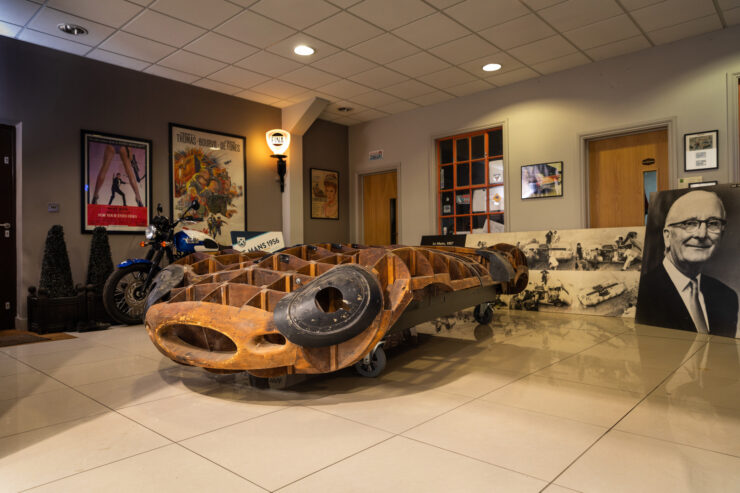 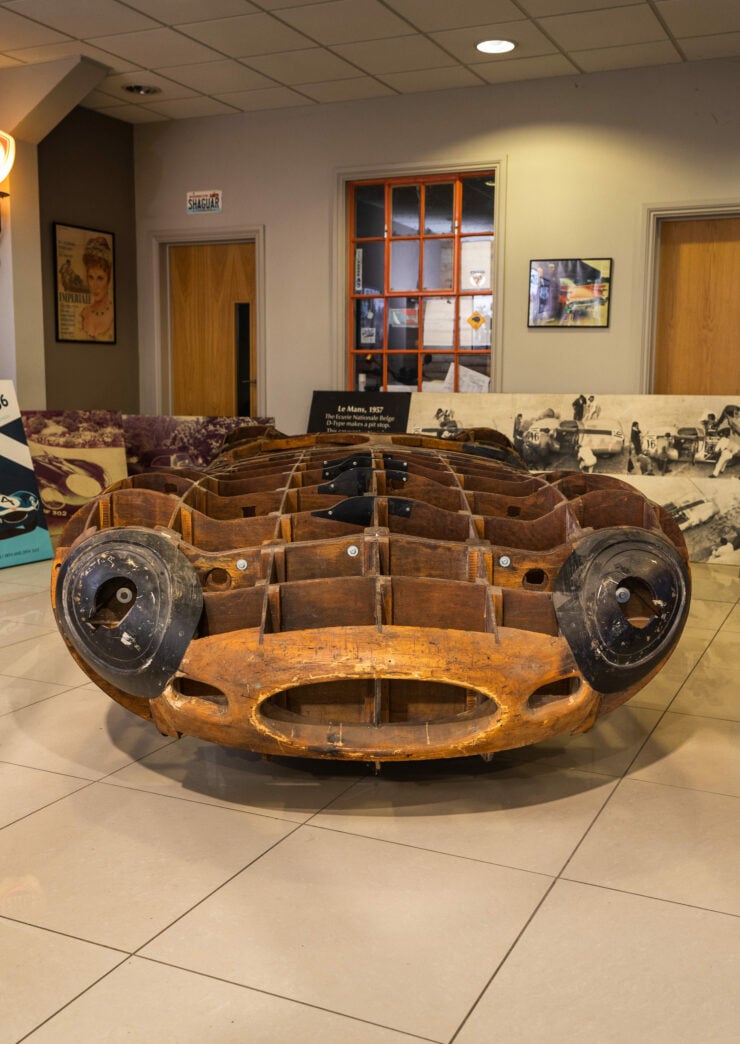