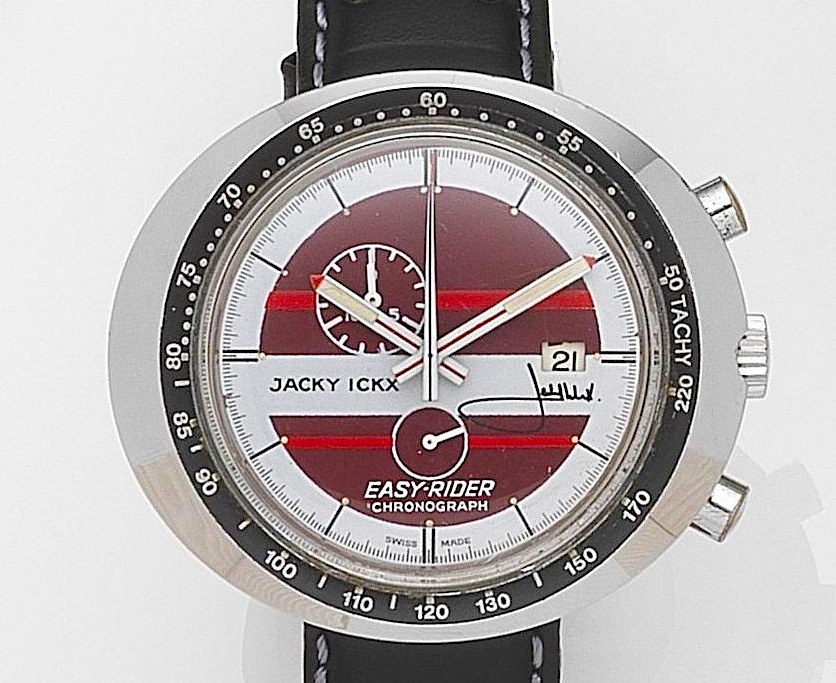 This fantastically retro chronograph was produced in 1972 by Heuer – Heuer would go on to become become TAG Heuer in 1985 when the companies Uhrenmanufaktur Heuer AG and Techniques d’Avant Garde S.A. joined forces.

The Jacky Ickx Easy-Rider watch was released for the first time in 1971 and would remain in production until 1975, it proved popular with a younger clientele and the now classic ’70s designs have left them highly collectible commodities in the international vintage watch market.

This particular Jacky Ickx Easy-Rider is headed to the Watches and Wristwatches Auction due to be held in London on the 21st on May 2013. The estimated value is $460 to $620 USD, making it an affordable entry into vintage watch ownership for almost anyone. 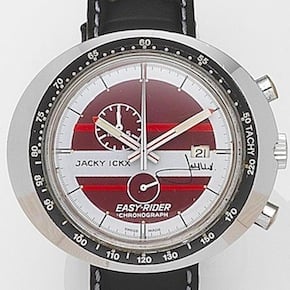 Published by Ben Branch - May 14th 2013
Related Posts
The Unimatic UC3: A Minimalist Dive Watch Made In Italy – $700 USD