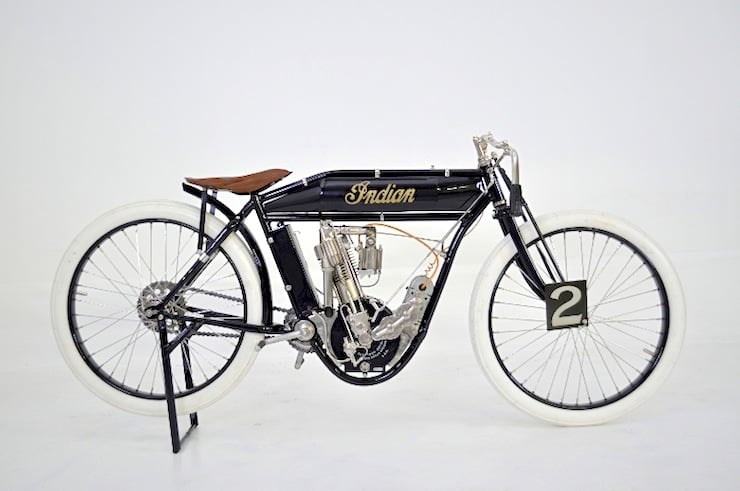 Classic board trackers like this impeccable 1911 Indian Board Track Racer are becoming harder and harder to find and locating an example as original as this is now almost impossible, some of the rarer original bikes from the era have changed hands in the last few years for prices in the mid-6-digit range.

This bike was restored by the well-known motorcycle craftsman Jim Prosper. It was an incredibly complete motorcycle when he began his restoration – apart from the fuel tank and handlebars no reproduction parts were used in this restoration. This makes it one of the most perfect board trackers we’ve ever featured.

Jim Prosper’s restoration work has received several Antique Motorcycle Club of America (AMCA) Senior Awards, these are highly sought after and most restorers are lucky to receive one in their lifetime.

If you take a look at the close up image of the engine below, you’ll see how much attention to detail has been applied to this bike, all it really needs now is a kind-hearted velodrome owner who’ll turn a blind eye to some classic racing.

This bike will be up for auction on May the 18th 2013 at the MidAmerica Auction in Newburgh, New York. There’s no estimated gavel price but I’m willing to bet it’ll have enough zeros on it’s receipt to bring a tear to the eye of even the wealthiest of motorcycle collectors. 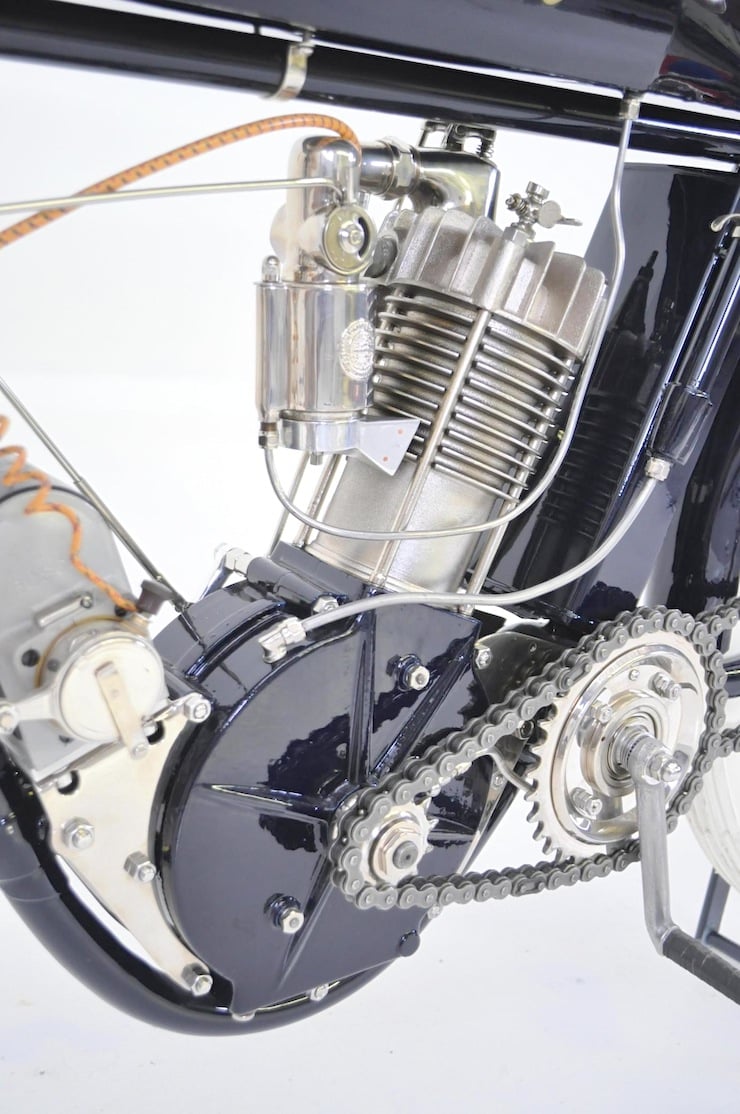 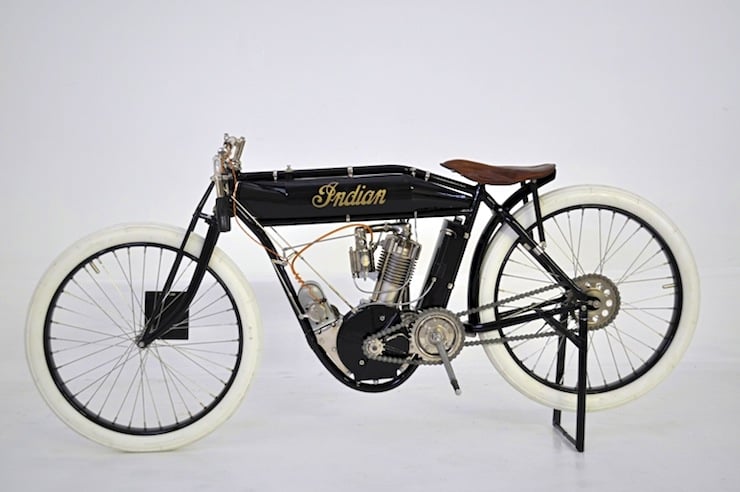 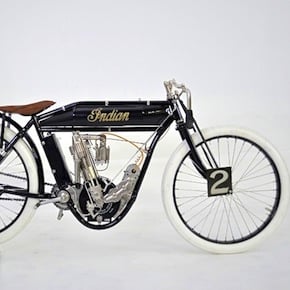