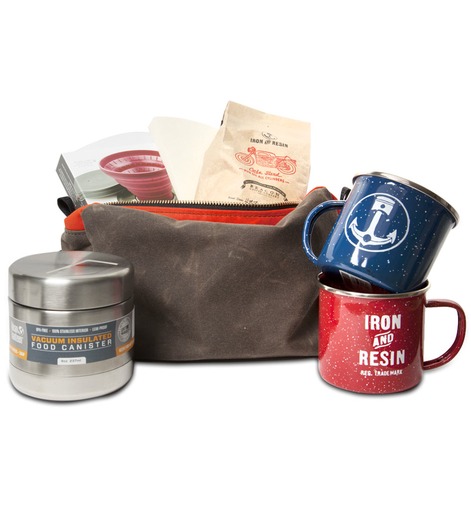 The Iron & Resin Coffee Kit is an all-in-one solution to the problem faced by people like me when out in the wild blue yonder – how I’ll get my hands on decent coffee. I’ve always thought of instant coffee as being kind of like a CVT transmission on a motorcycle, it technically works but it isn’t any fun, it lacks the spirit of the original and it tastes kind of metallic.

This kit includes everything you need to make proper coffee including: a Martexin waxed canvas coffee kit, a collapsible Java Drip, a fresh bag of Iron & Resin coffee, a 40 pack of Melitta no. 4 coffee filters, 1 red and 1 blue Iron & Resin enamelware mug and a vacuum insulated food canister to keep your beans fresh.