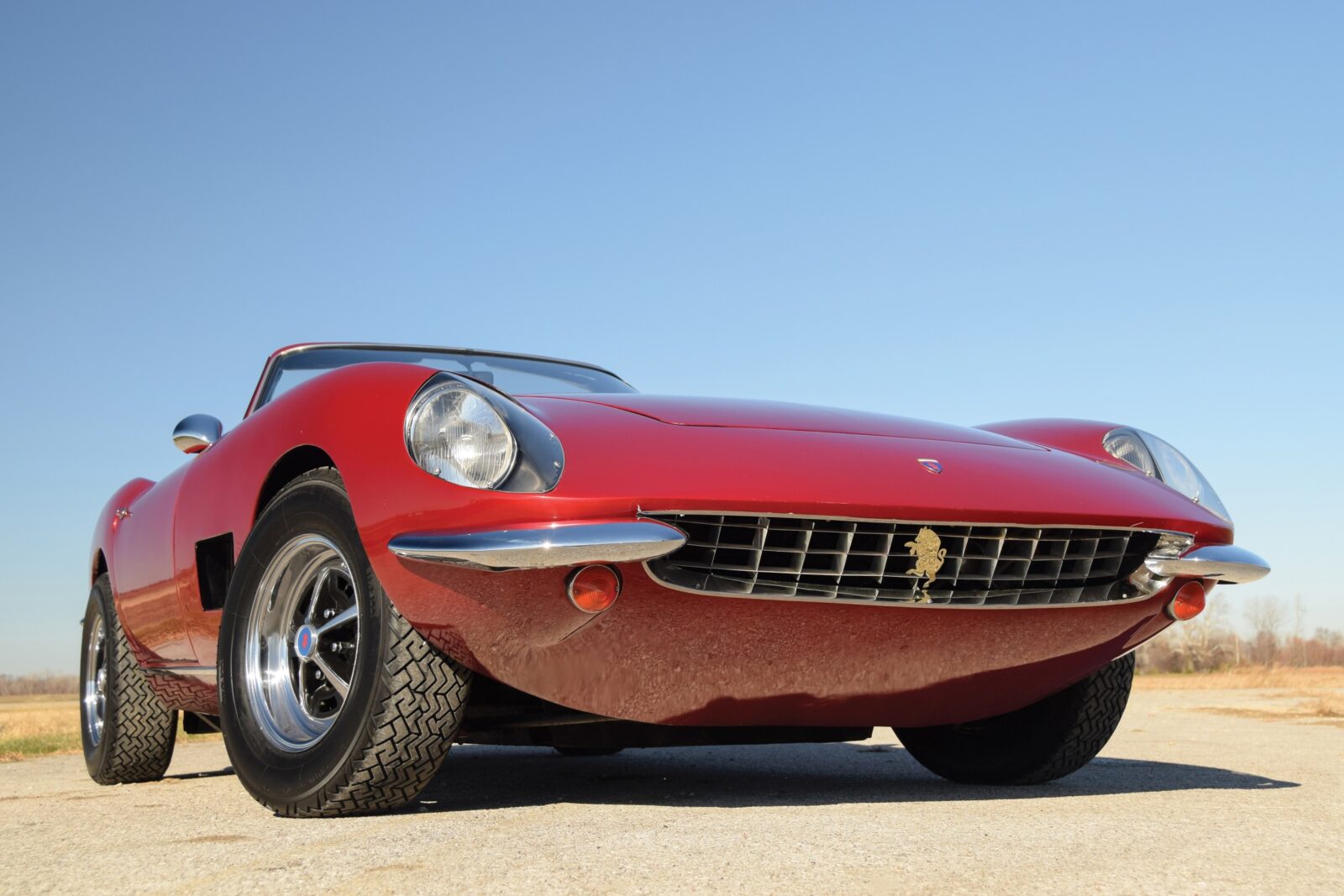 I have a bit of a soft spot for the Intermeccanica Italia Spyder. It has just the right blend of heritage and mongrel DNA, with a fascinating past and styling that doesn’t look a whisker out of place next to its considerably more expensive Italian brethren.

THE STORY OF INTERMECCANICA

Intermeccanica was founded by a friendly Hungarian-born Canadian named Frank and his wife Paula in 1959. They moved from Canada to Torino, Italy and named the company Construzione Automobili Intermeccanica. Initially they produced performance parts and tuning kits for European cars from marques like Peugeot, Renault, Simca, DKW, Puch, and Fiat.

In 1960 the company built a Formula Junior car with a rear-mounted engine, but their first low-volume production car was a little 500cc Steyr-Daimler-Puch vehicle using part of a Fiat 500 chassis called the IMP. 21 were made, and amazingly one of them managed a class win at the Nurburgring. 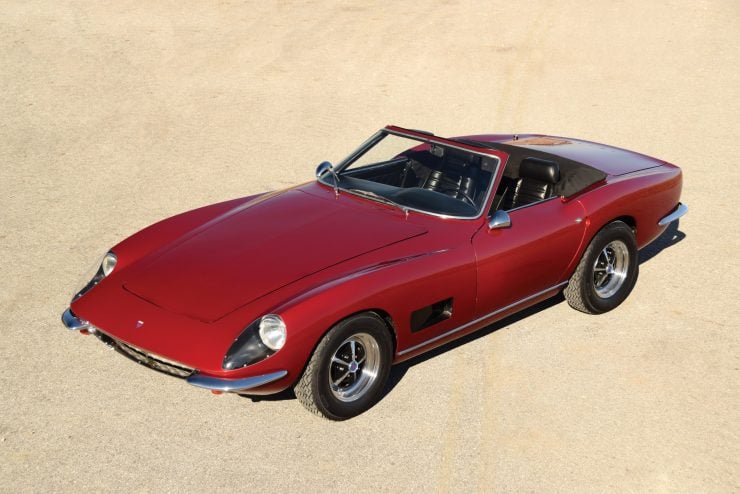 The first full-sized Intermeccanica was built for a company in the USA using a Buick aluminium V8, and all-Buick running gear. It was called the Apollo, and in 1963 it was exhibited at the Turin Automobile Show. 111 Apollos were built, and it’s remembered today as the car that really launched Intermeccanica as a low-volume automaker, not just a tuning parts company.

Things began to speed up for Intermeccanica in the mid-60s. Their Apollo 2+2 was judged best in show at the 1965 New York Automobile Show, they also built an interesting Ford Mustang station wagon prototype which was presented to the Ford Motor Company – although it was never picked up for production.

THE BEGINNINGS OF THE ITALIA

The Italia has a relatively complex story, but the short version goes something like this:

A new project began in 1966 commissioned by Jack Griffith to build a slightly larger sports tourer with an American engine and running gear. He hired former Formula One and Indy 500 chassis designer John Crosthwaite to develop a new tubular steel frame, and automobile designer Robert Cumberford to create a sleek new body. 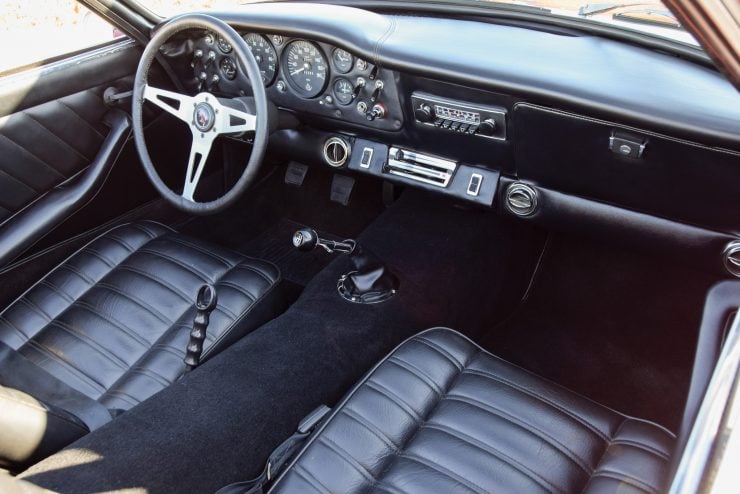 Just 14 Griffith-badged Intermeccanicas were built before it became financially untenable, fortunately Steve Wilder stepped in and continued production with a new name – Omega. 33 of these new cars were built before the financial gremlins that plagued the Griffith reared their heads, and Intermeccanica arranged funding through Credito Italiano to build the cars in Italy, and sell them via a US distributor.

As it happens, the musical-chairs name changes weren’t quite over yet. The Omega was going to be rebadged as the Torino, after the city in which they were built, but Ford had the name trademarked already – so they were badged Italia.

This Italia Spyder you see here was previously owned by Jeopardy host Alex Trebek, it also has the distinction of having been ordered with air conditioning from new – a relative rarity for an Italia.

Under the bonnet the Ford 351 Windsor V8 has been rebuilt with a high-performance valvetrain and a series of other discreet performance enhancements. In order to tighten up the handling a little a set of Bilstein dampers and firmer bushings were fitted behind the Magnum 500 wheels and period-correct Pirelli Cinturato CN36 tires.

The interior trim is in excellent overall condition and believed to be original throughout, the chrome bumpers and rocker trims are in good condition, as are the period-correct Marchal headlamps.

If you’d like to read more about the Italia or register to bid, you can click here to visit the listing. 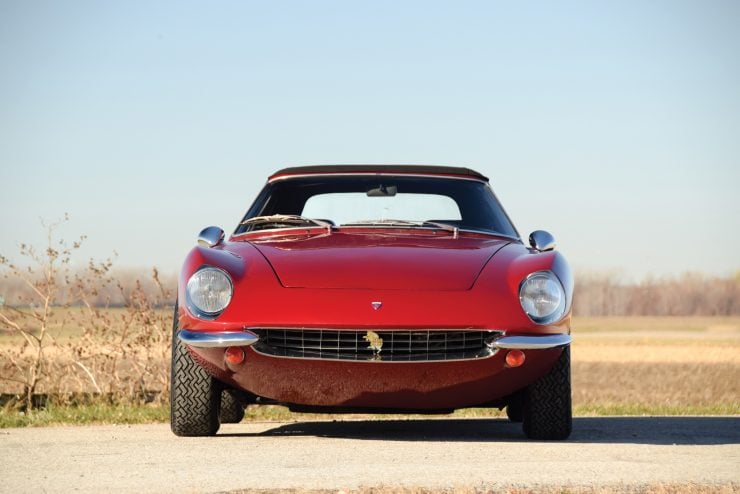 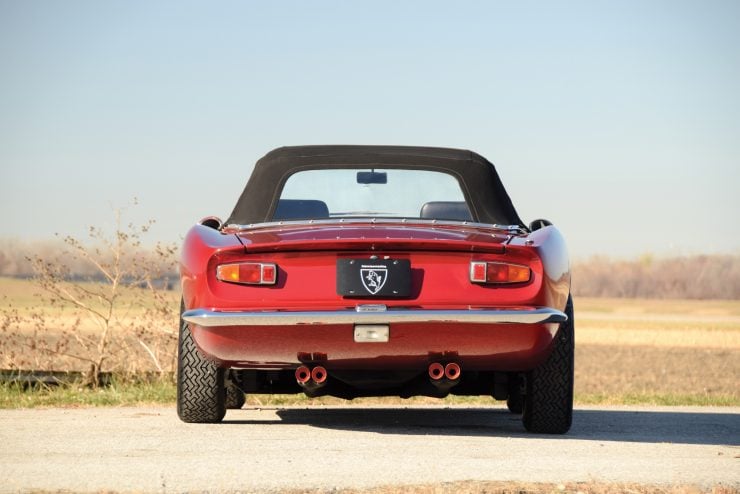 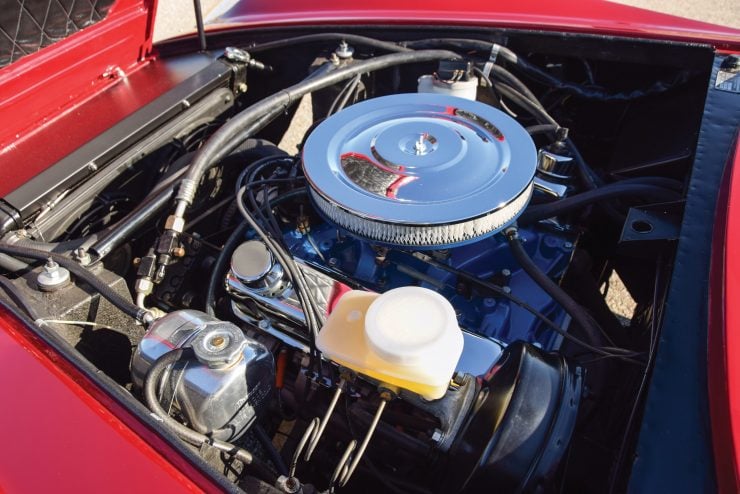 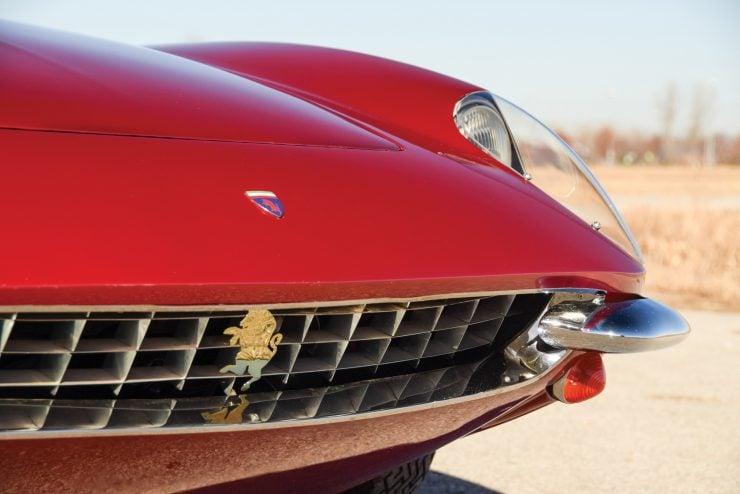 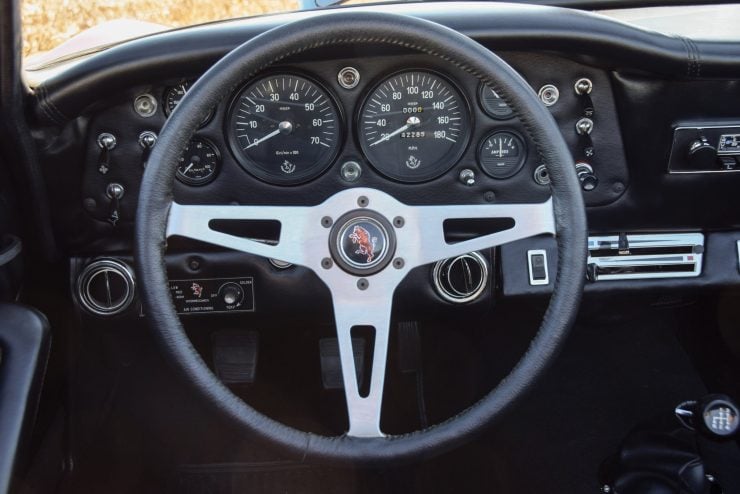 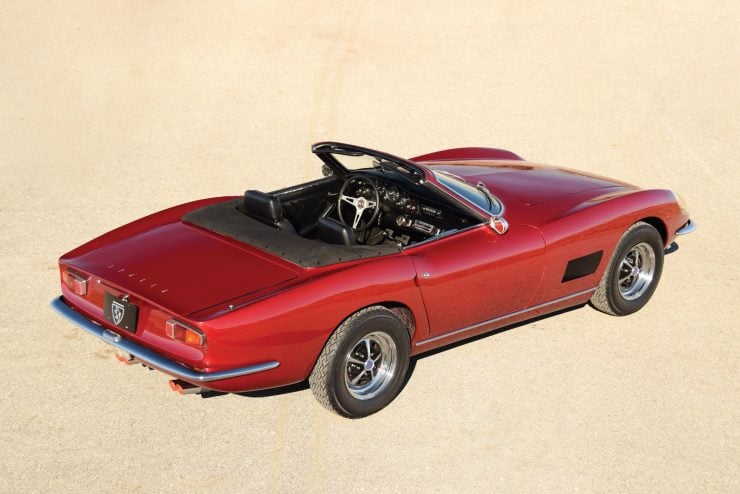 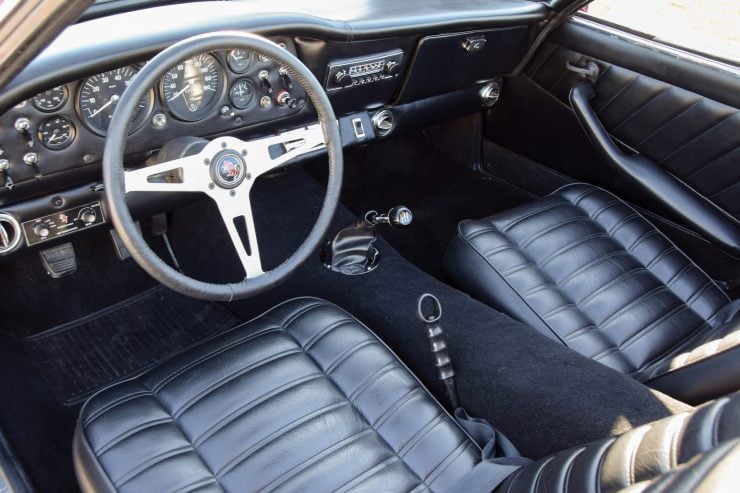 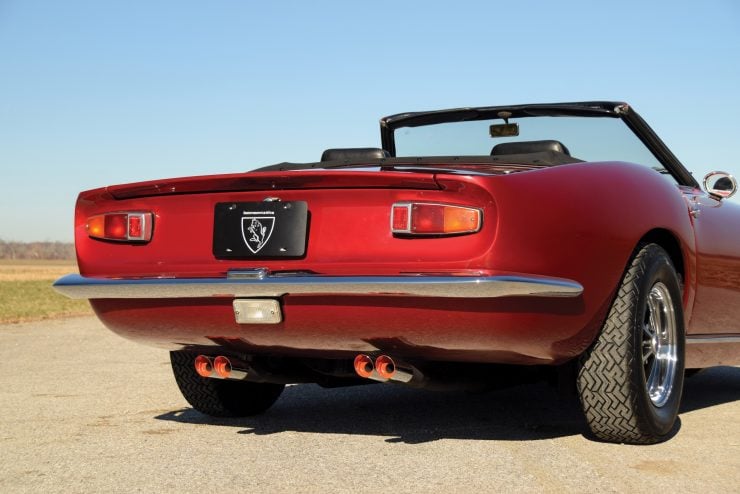 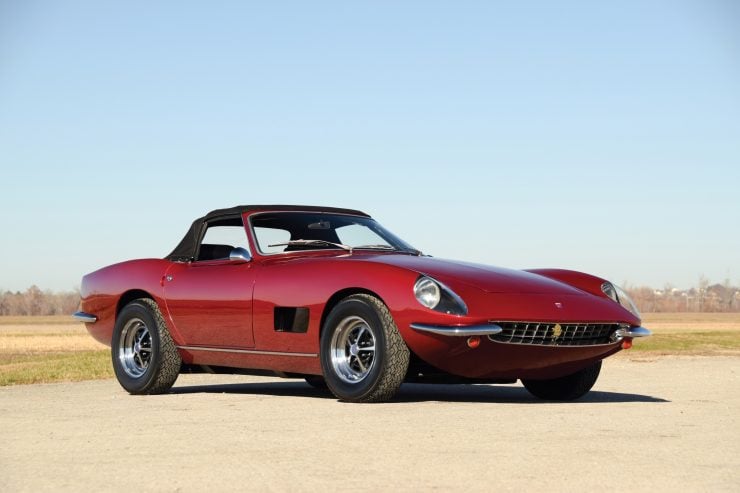 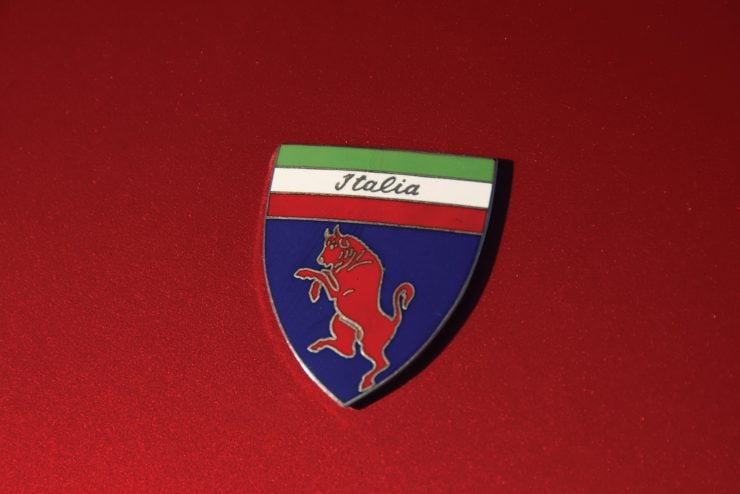 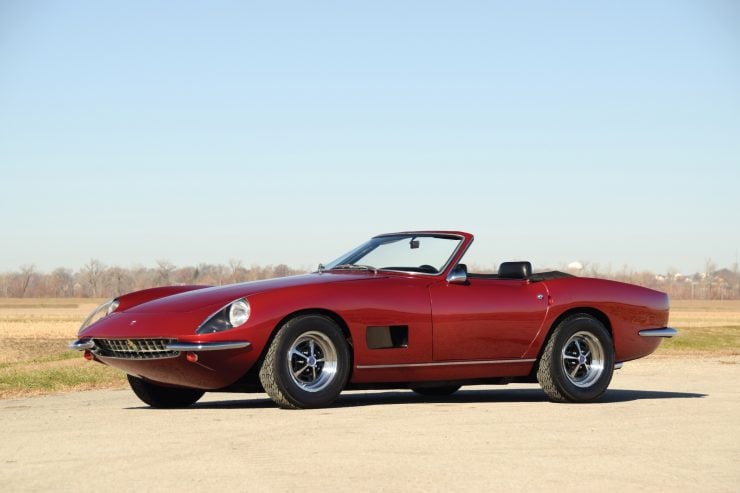 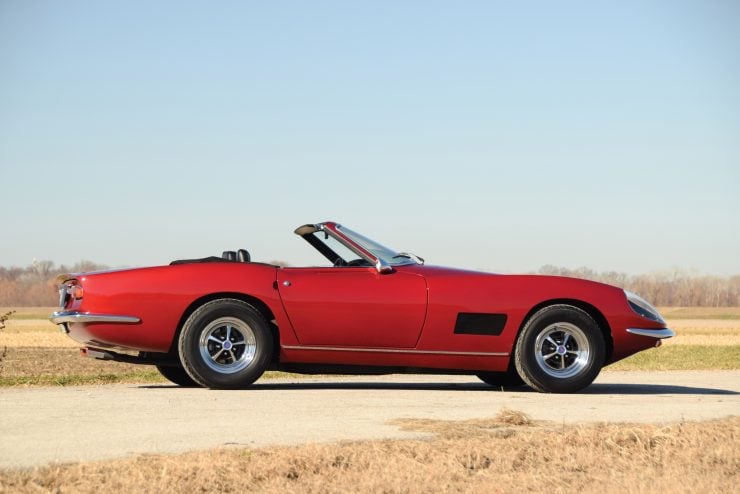 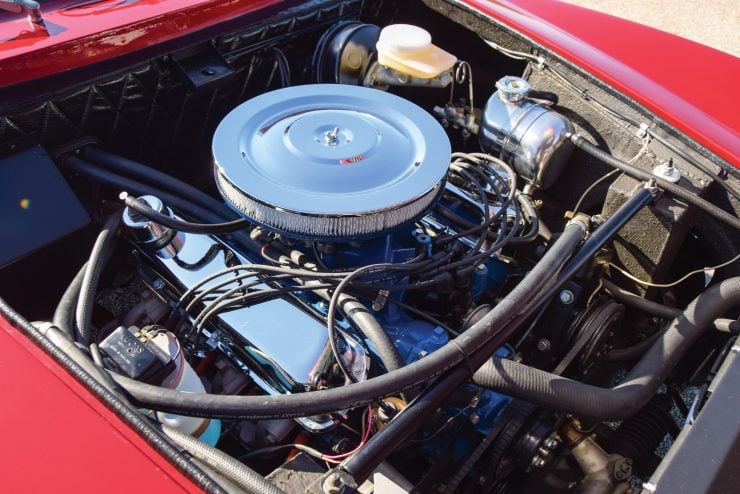 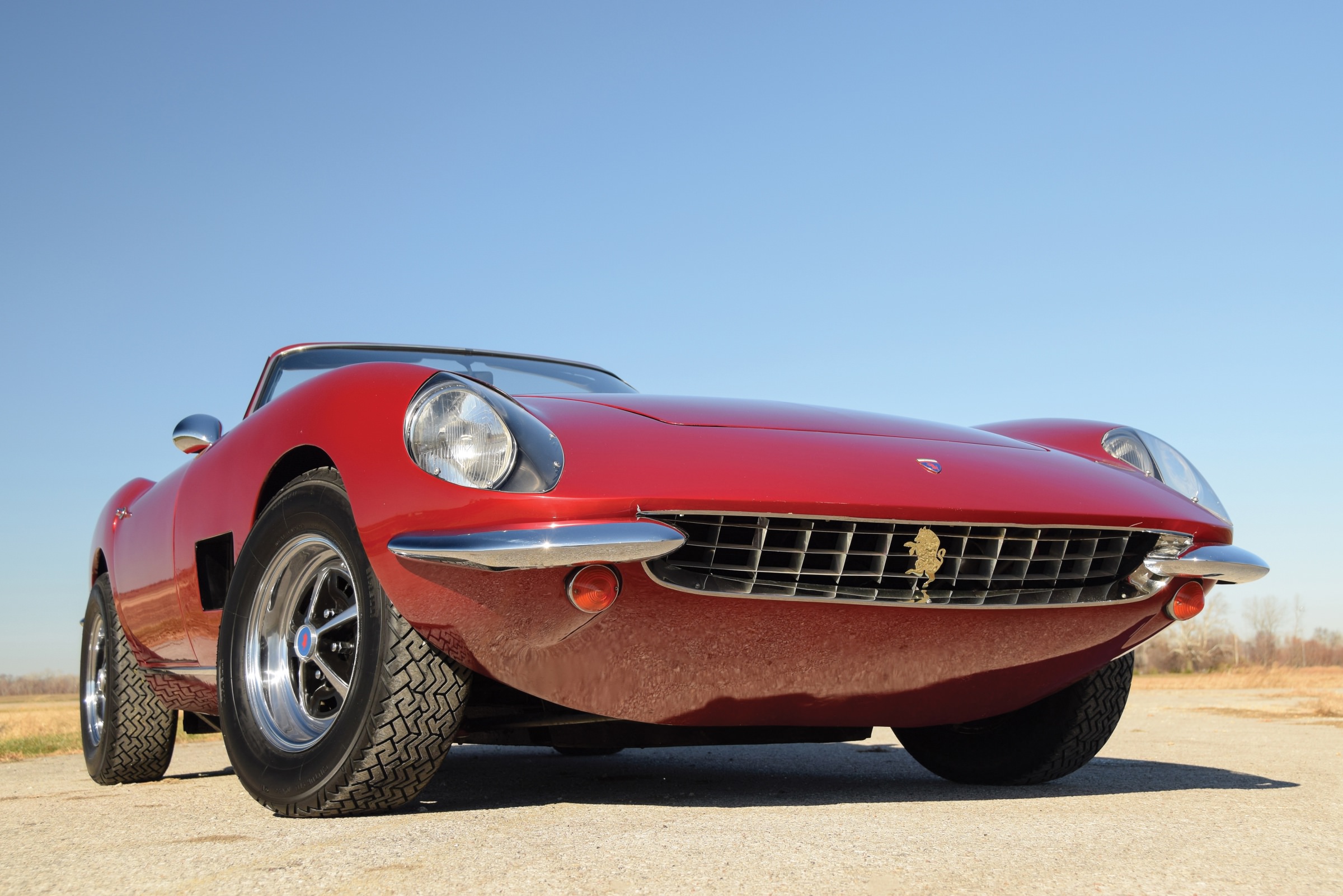