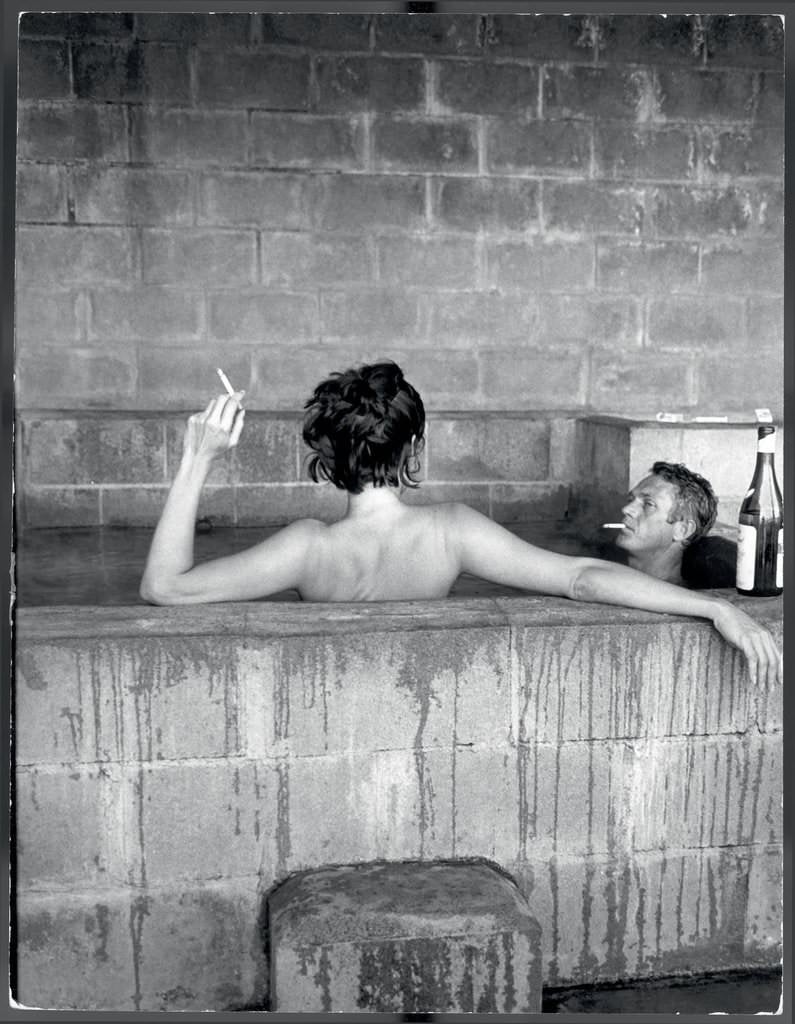 This photograph of Steve McQueen and his wife, Neile Adams, is different to many of the more famous pictures of the actor. He isn’t in the seat of a classic race car or in the saddle of a Triumph T100, rather, he’s soaking in a sulphur bath with a cigarette and what appears to be a bottle of Chablis.

There are no wine glasses visible so I’m going to assume they were just swigging from the bottle. According to my American friends, this is how all French wine should be drunk.