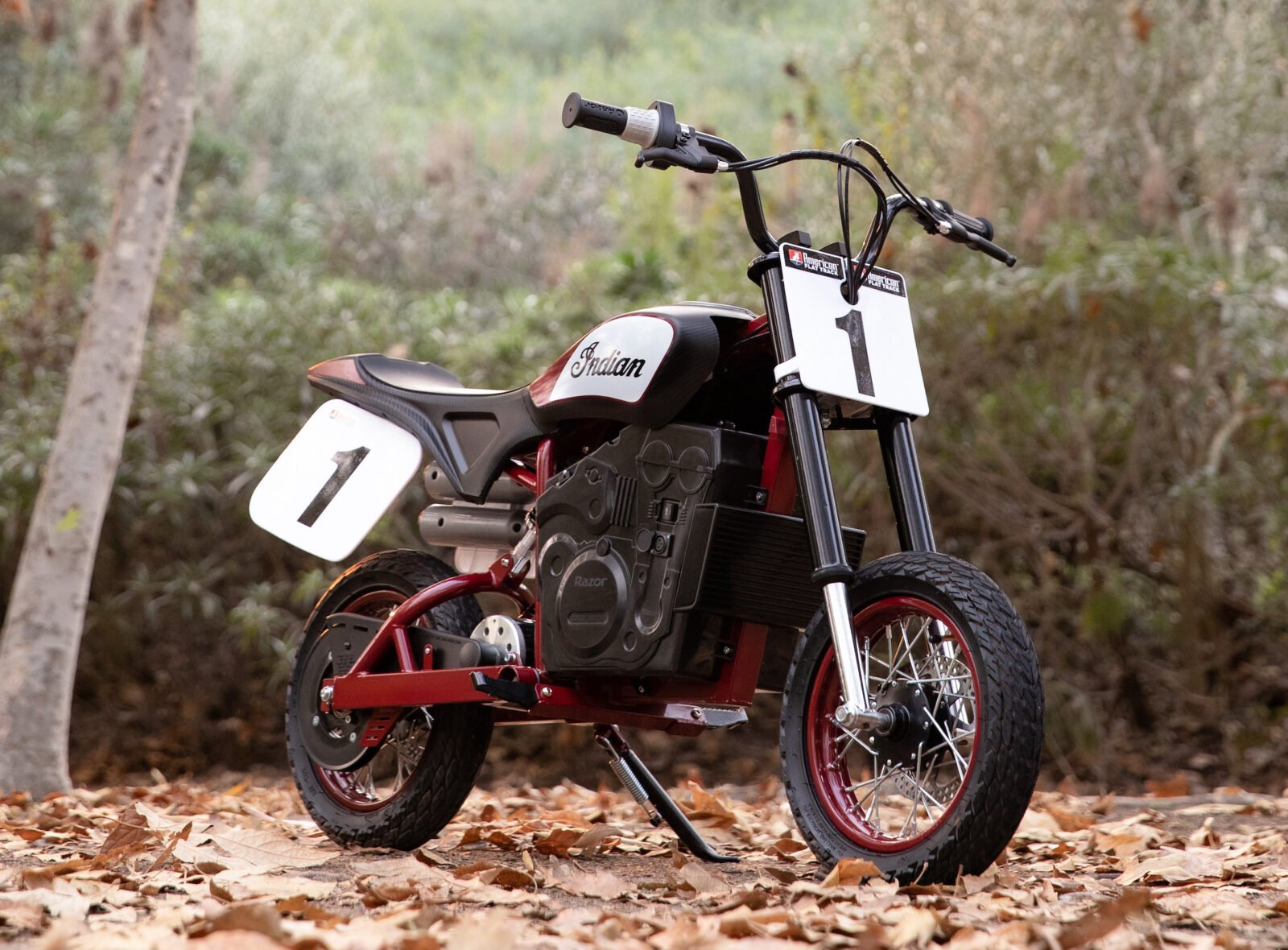 The Indian eFTR Jr. is an electric mini-bike designed to evoke the styling cues of the American Flat Track championship-winning Indian FTR750 – one of the most successful flat track racing motorcycles of the modern age.

The team at Indian worked closely with Razor USA to develop the eFTR Jr. – this partnership allowed them to use a preexisting electric powertrain and keep costs down. 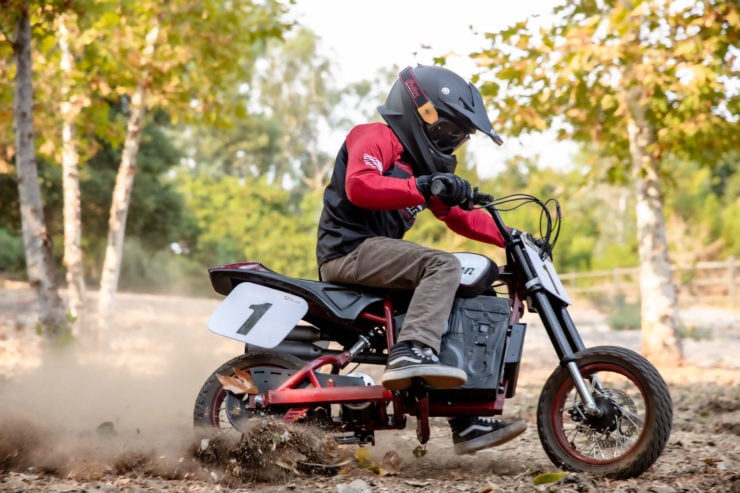 With a seat height of 23.5 inches, and a maximum rider weight of 175 pounds the Indian eFTR Jr. can accommodate kids from eight years and older in low mode, and 13 years old and older in high mode – although of course it’ll all be down to the parent’s discretion.

Just like the full-size Indian FTR750 the eFTR Jr. has a steel frame, telescopic front forks and monoshock rear suspension. The Jr. version has spoked front and rear wheels, disc brakes front and back, and a centrally mounted electric motor that sends power to the rear wheel with a fuss-free belt drive.

The bike has folding metal footpegs, an adjustable riser-style handlebar, and it uses both a twist throttle and standard handlebar levers for brake control – giving a great first foundation to motorcycle riding for kids. 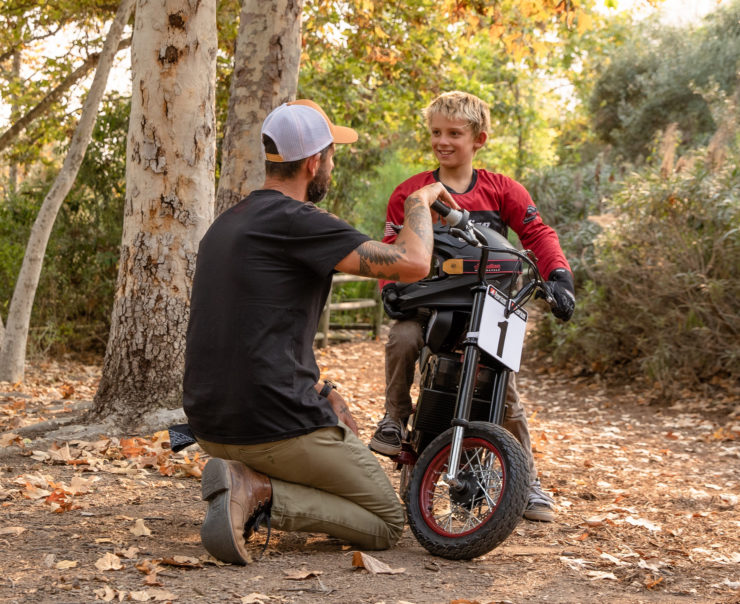 Much like the flat track racing motorcycle it’s based on, the eFTR Jr. has wide handlebars for good control, racing numbers on either side, that distinctive Indian fuel tank, and a pair of faux exhaust pipes to get the look right.

Unlike its full-size sibling, pricing for the new Indian eFTR Jr. sits at a reasonable $749.99 USD. If you’d like to read more about it or order one you can click here to visit the listing. 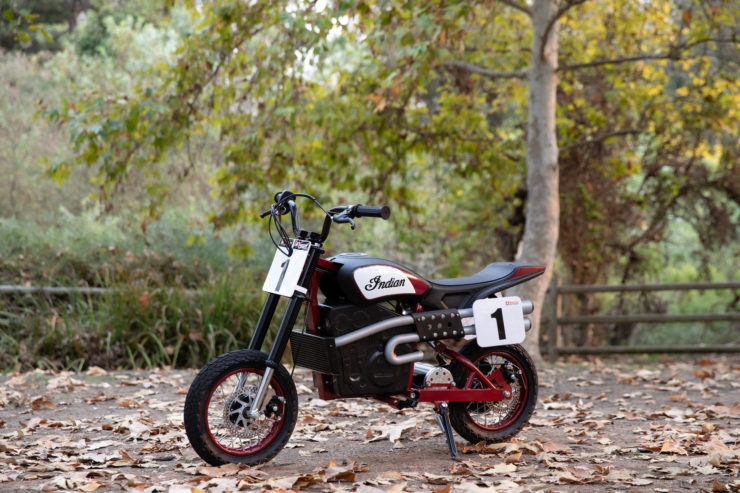 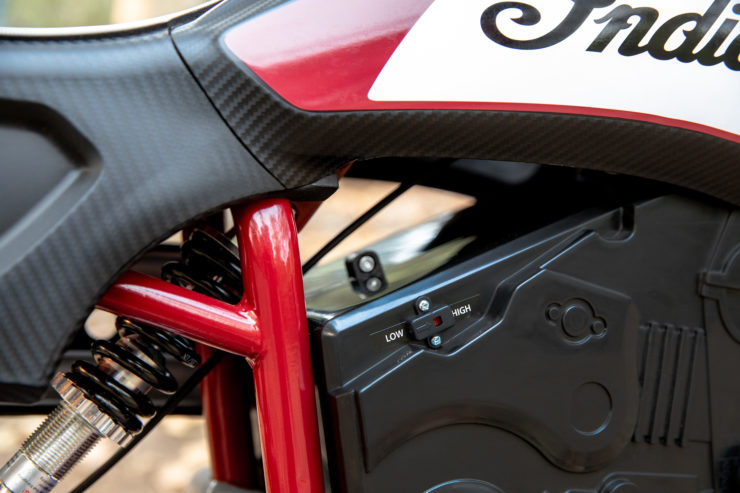 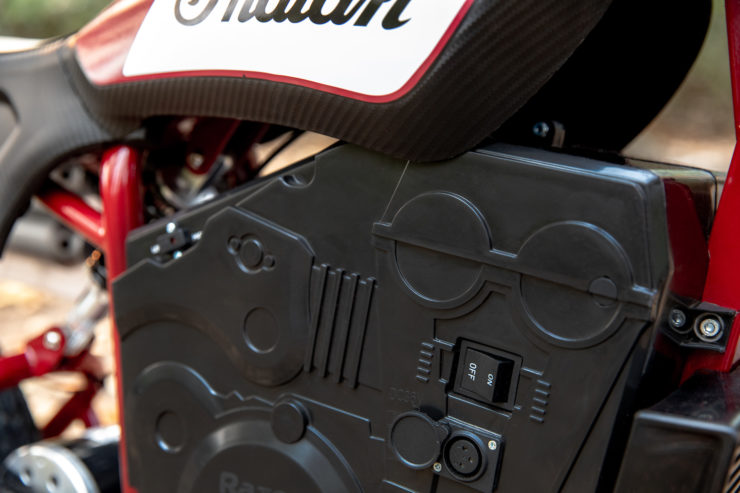 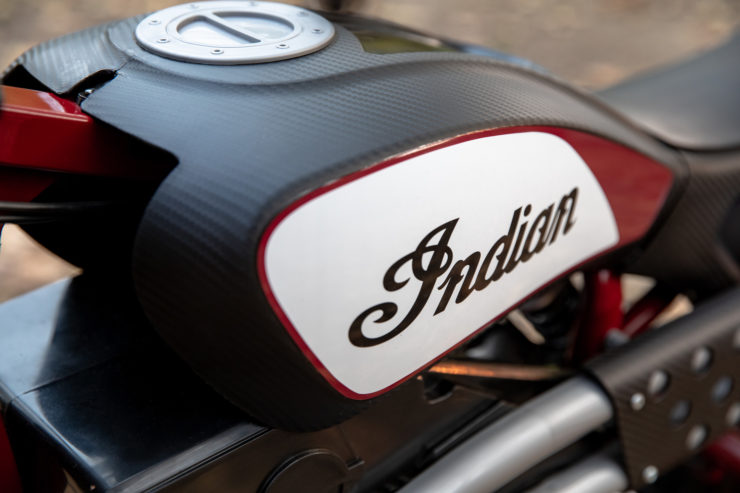 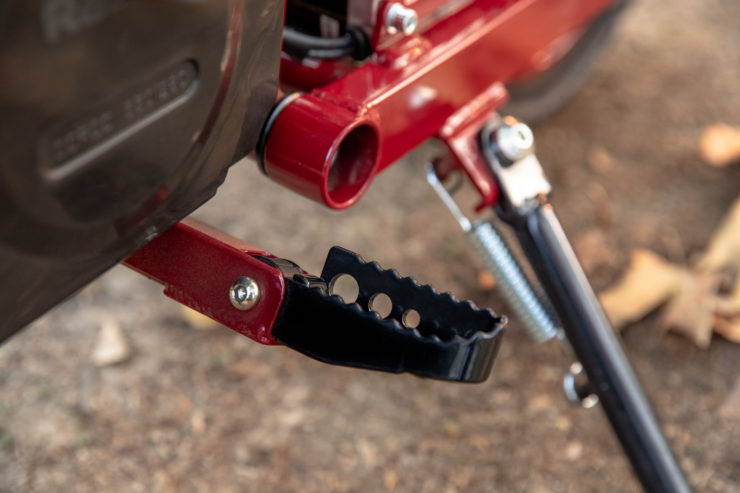 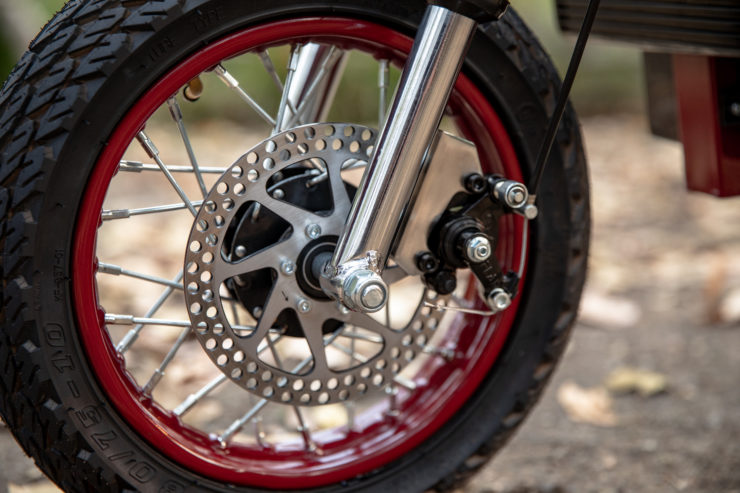 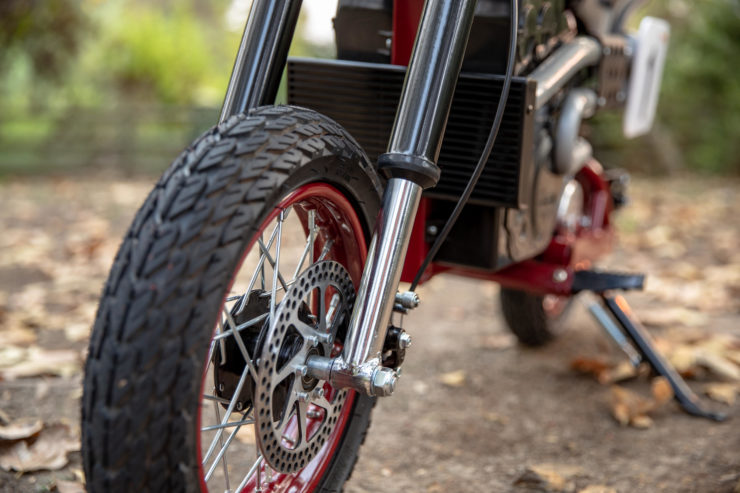 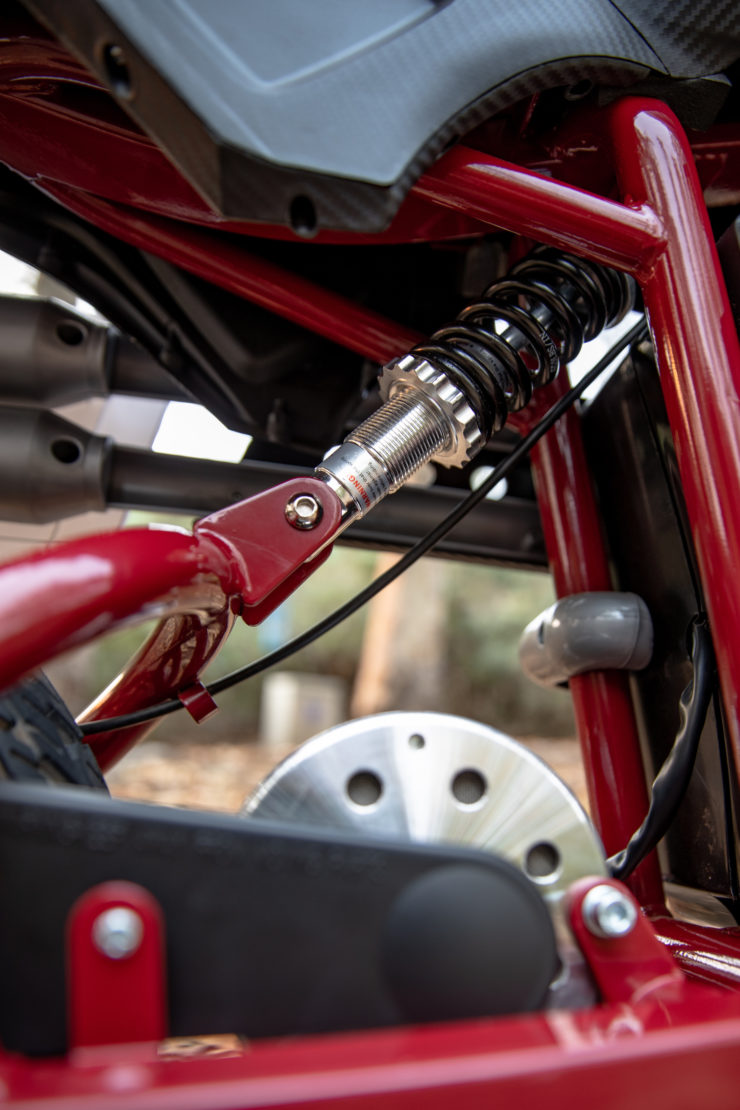 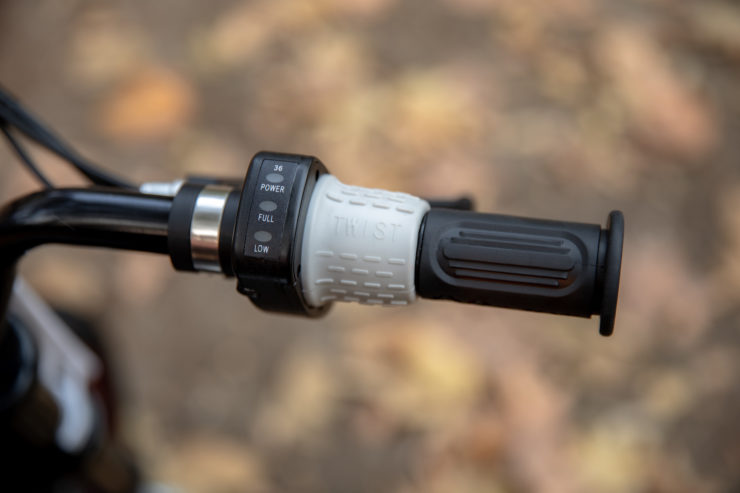 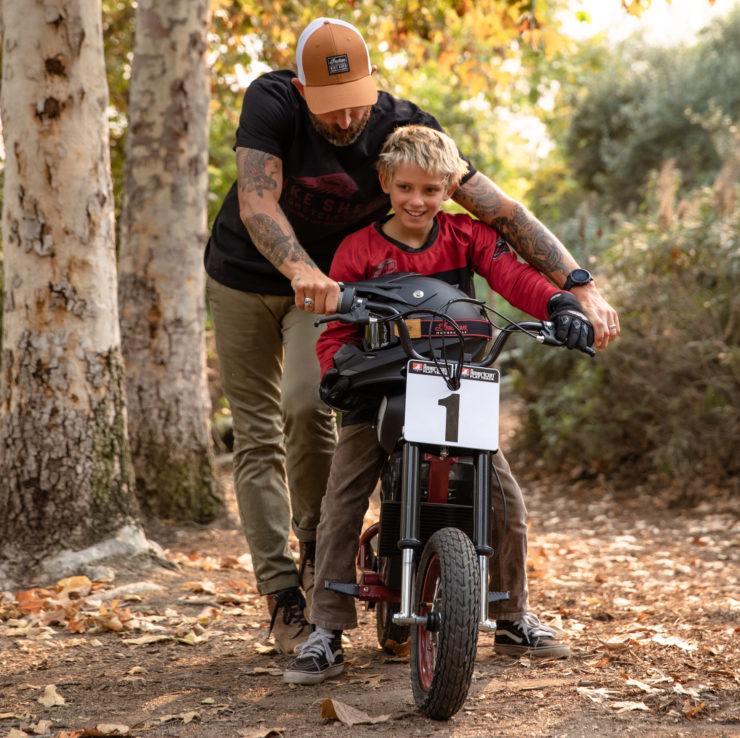 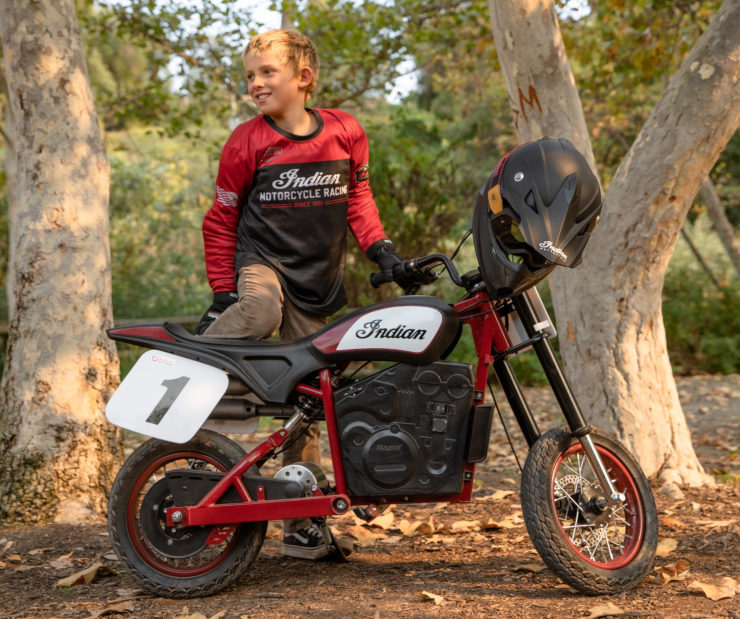 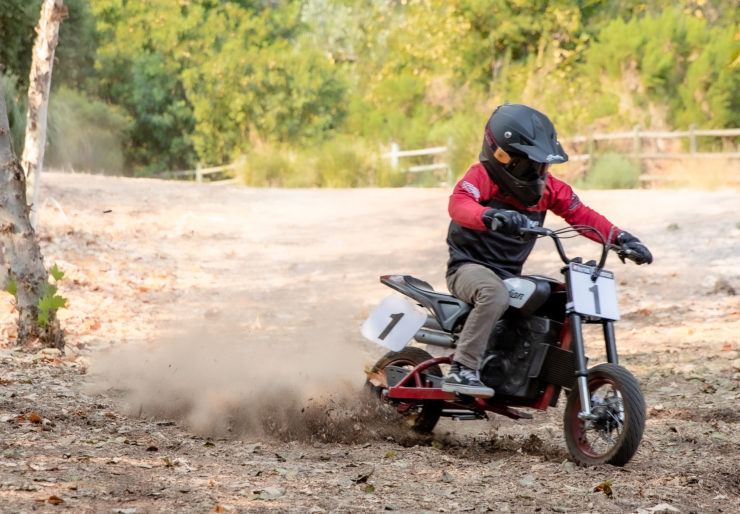 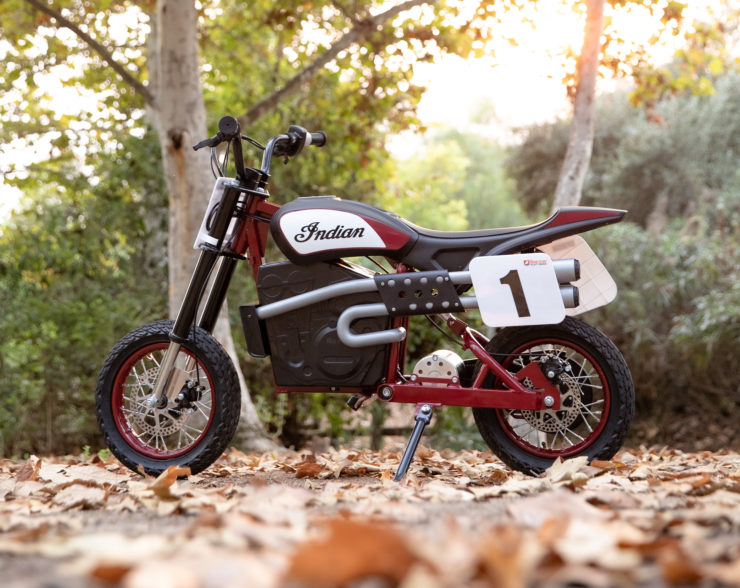