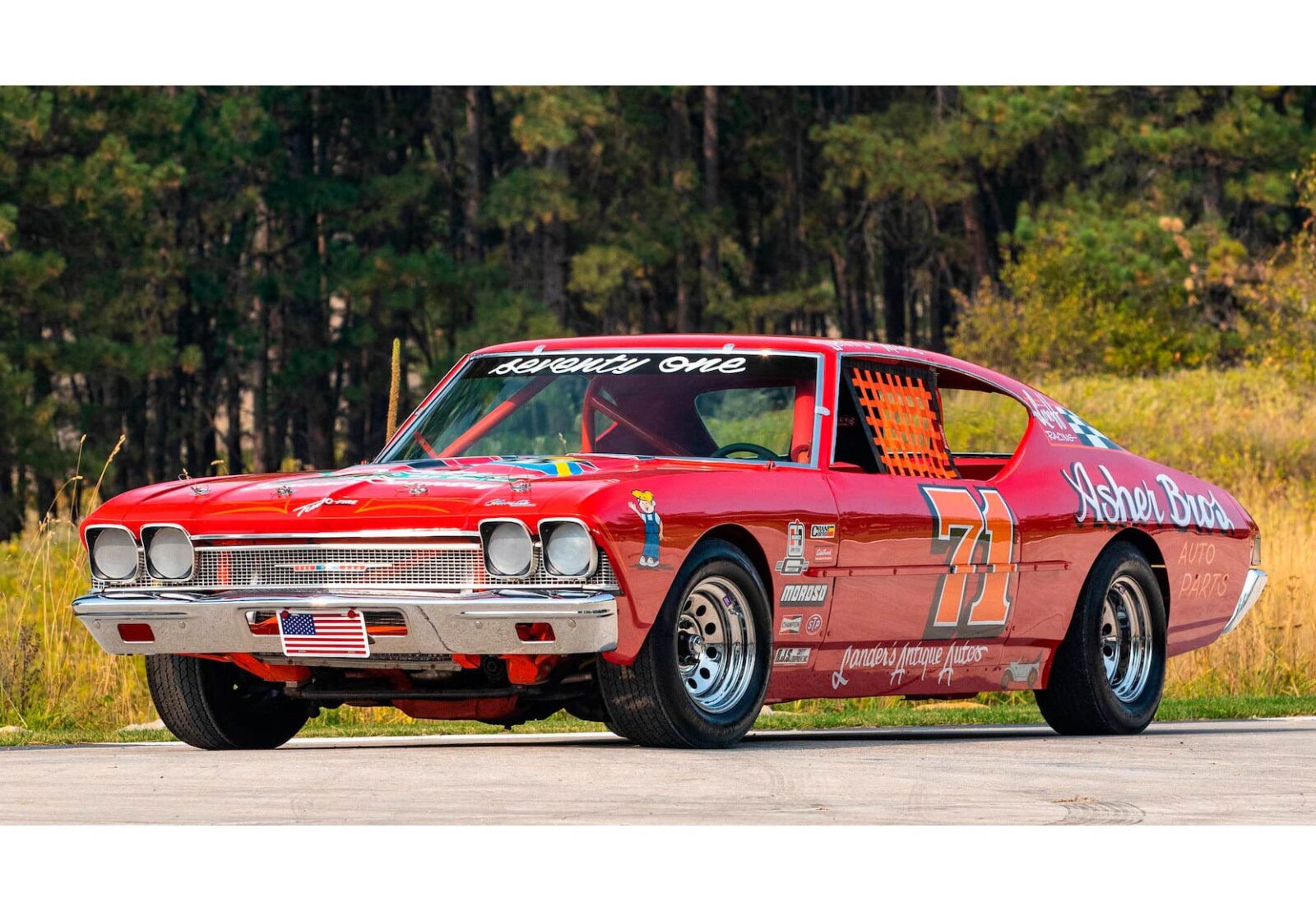 This is an original Chevelle oval track race car that was campaigned in the late 1970s and early 1980s in Ohio by local racing legend Linda Landers.

Landers was the first woman to ever take the first-place points lead in the local standings, laying out a path for the countless female racing drivers who would follow – some of whom would rise to the top echelons of American motor racing.

This Chevelle was built for racing the same way many of them were, with a modified chassis, a tubular steel frame, and steel body panels that could be quickly changed after race track altercations. 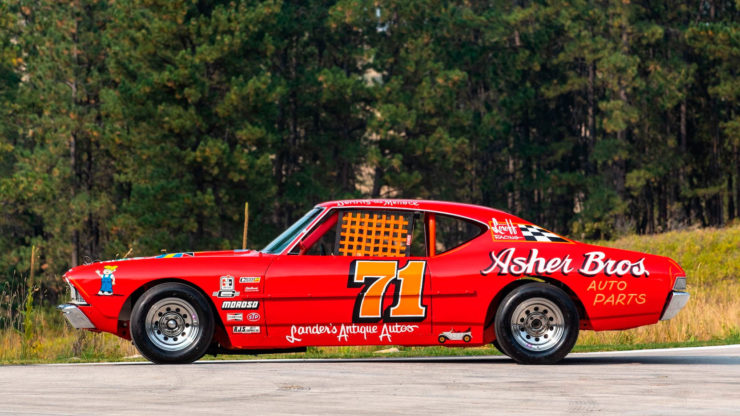 The car was built specifically for racing on “bullpen” short tracks in northern Ohio and as such, it didn’t need an unnecessarily large V8 as the straights are just too short to take advantage of it. Instead the car is fitted with a much lighter 283 cu. in. Chevrolet V8 that gives it better balance and plenty of power for its intended purpose.

The engine is specifically designed to rev high, it’s topped with an open-element air cleaner and an aluminum intake, and it uses the tough original cast iron exhaust manifolds. It’s kept cool courtesy of an aluminum radiator with a shield, the wheel wells are also open so cooling the engine bay on cars like this is rarely an issue. 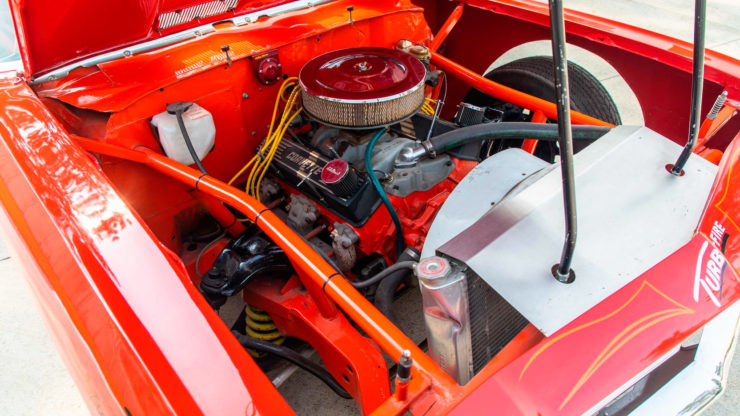 Power is sent to the rear wheels via a three-speed manual transmission and a live axle, the car has a purpose-built front coil-spring suspension and disc brakes.

Inside you’ll find a typically spartan interior with a professionally built roll cage that’s been designed to withstand multiple impacts from any angle – a common occurrence in short track racing. 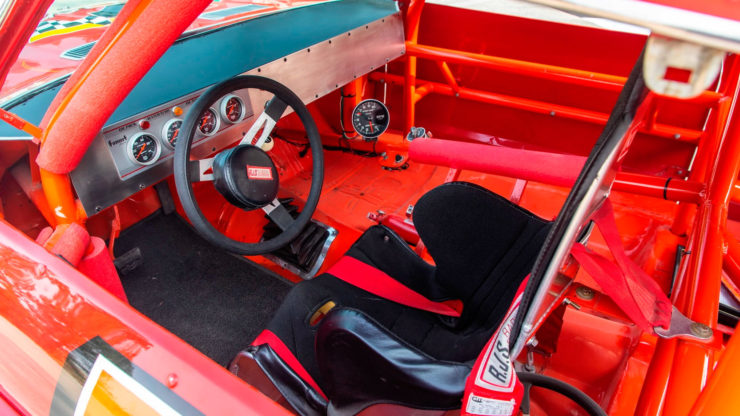 As you would expect the side window glass has been removed and both headlamps and tail light lenses have been replaced by tin inserts. The car rides on a set of chromed steel wheels, often preferred to alloys due to their toughness and the fact they can typically be replaced cheaply.

In more recent years the car was completely restored with straight body panels and clean race paint (short-track cars rarely stayed nice after a couple of weekend outings in competition). It’s now ready for its new owner, who will hopefully take it out and get it dirty again.

The car is now due to cross the auction block with Mecum in January, it has no reserve and the price estimate is $15,000 to $25,000 USD. If you’d like to read more about it or register to bid you can click here to see the listing. 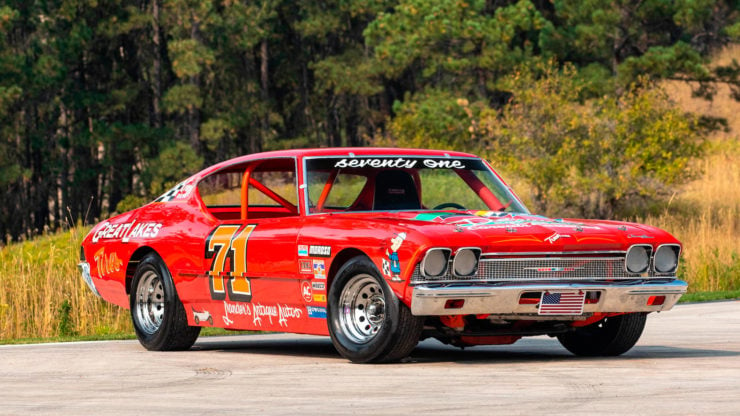 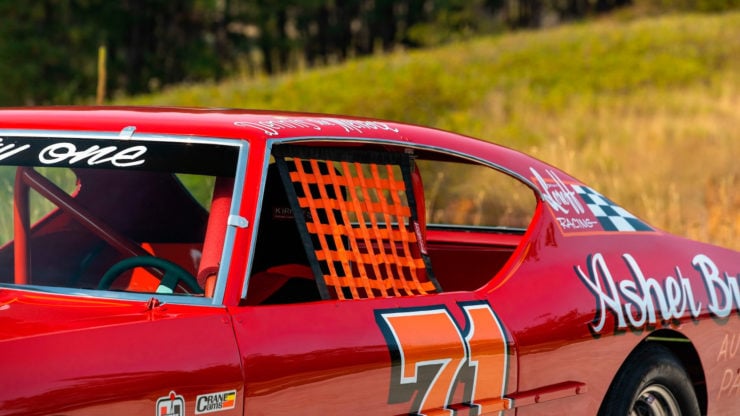 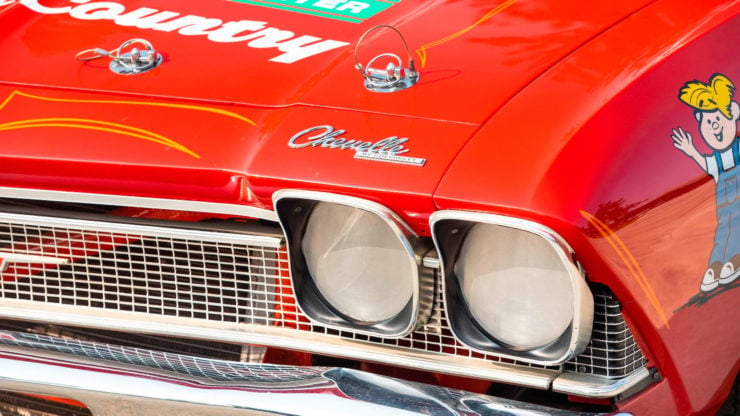 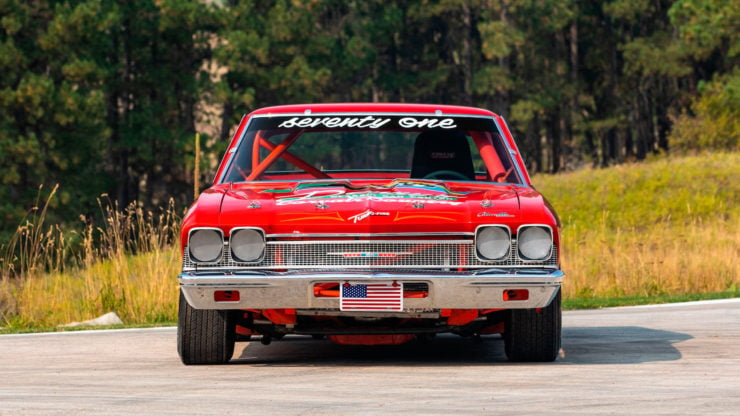 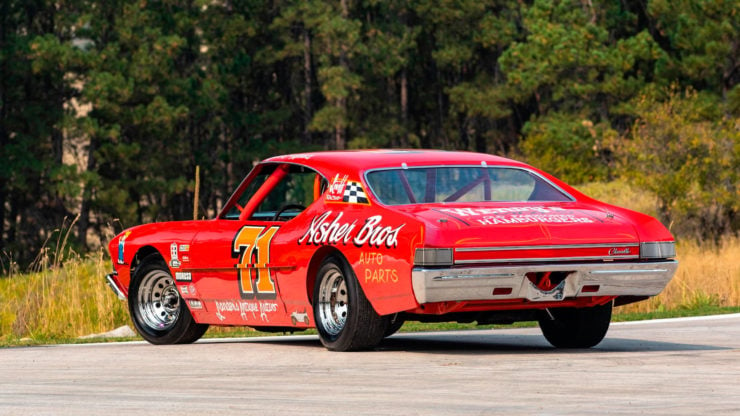 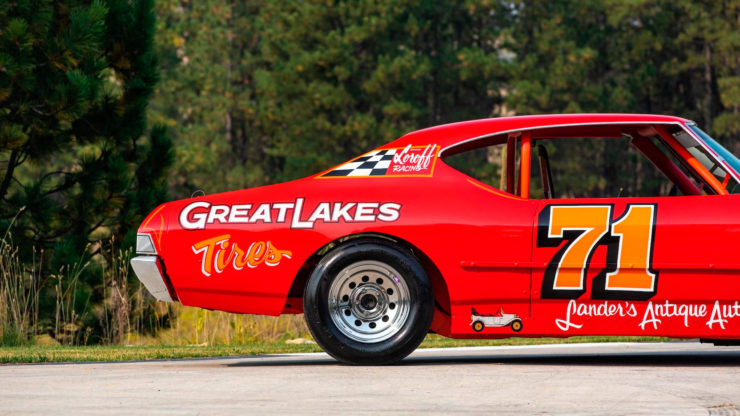 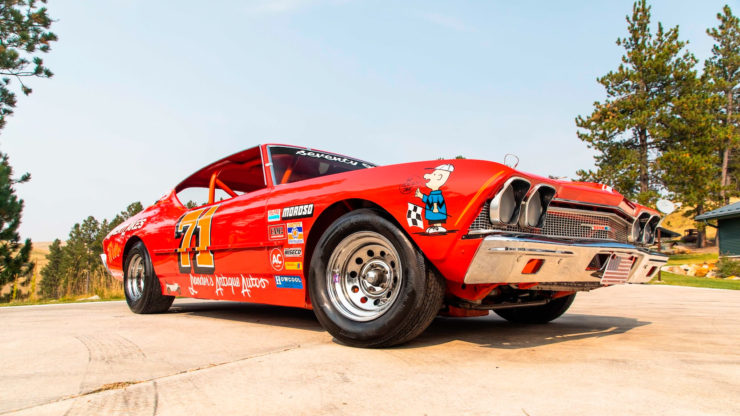 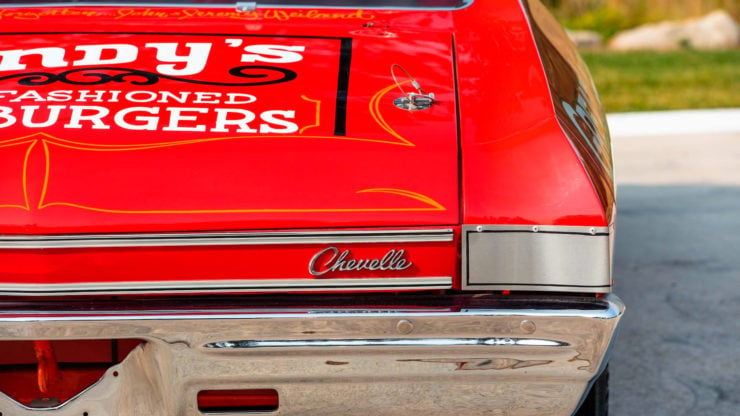 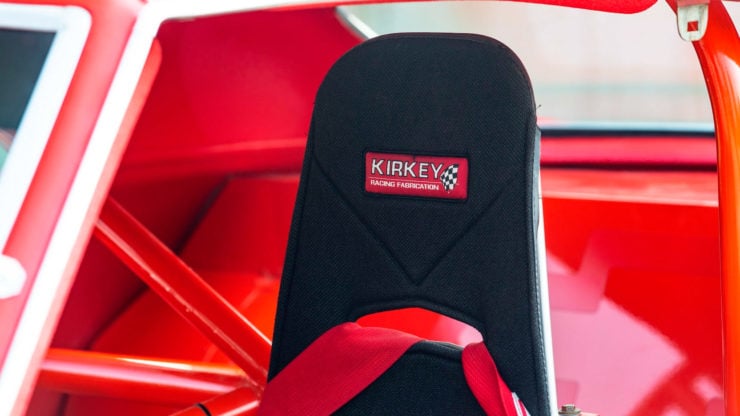 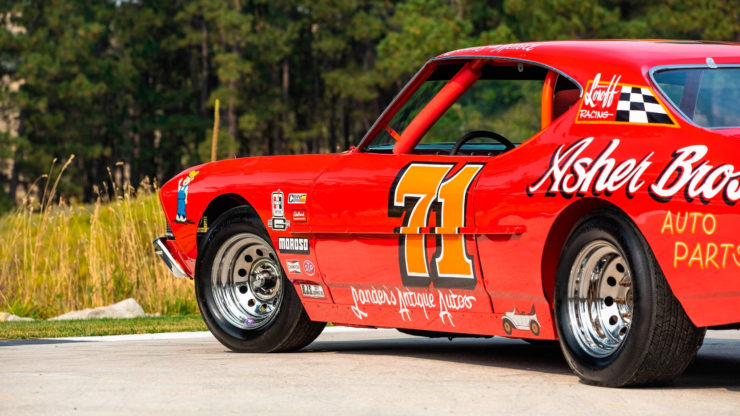 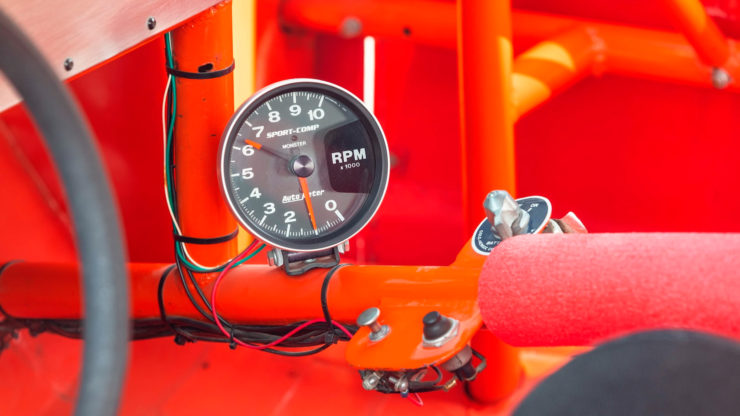 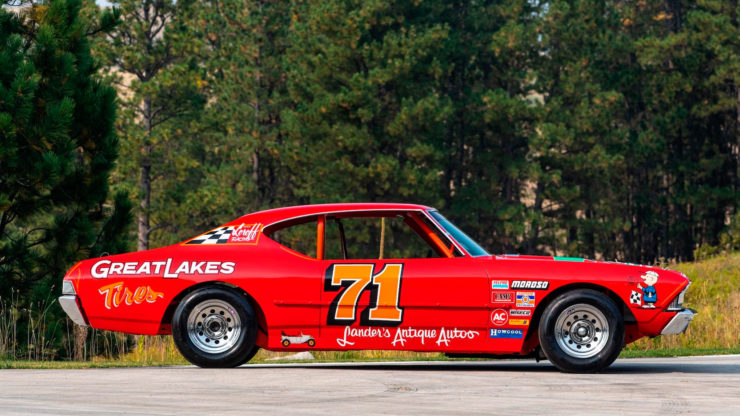 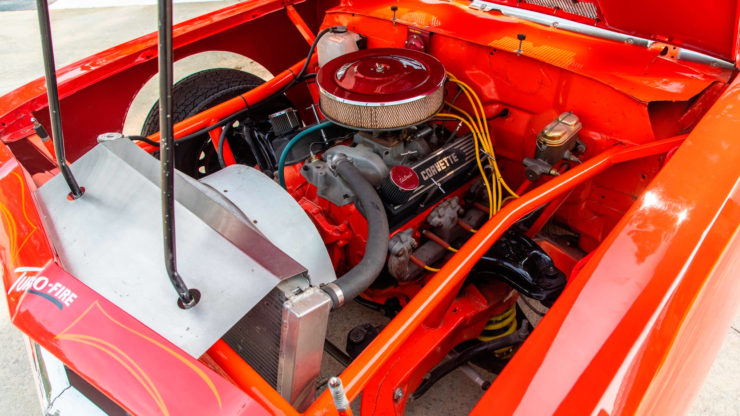 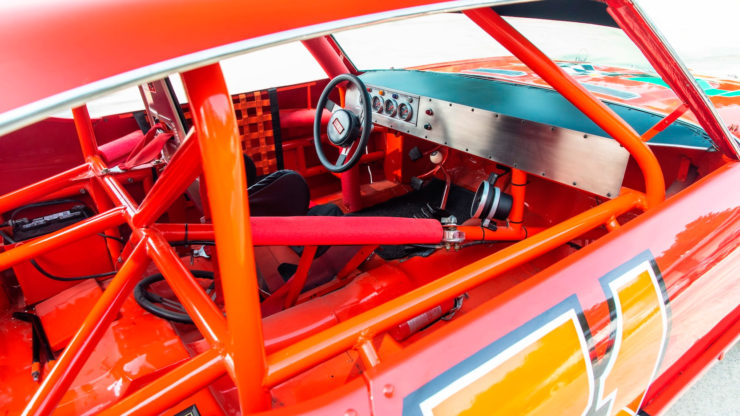 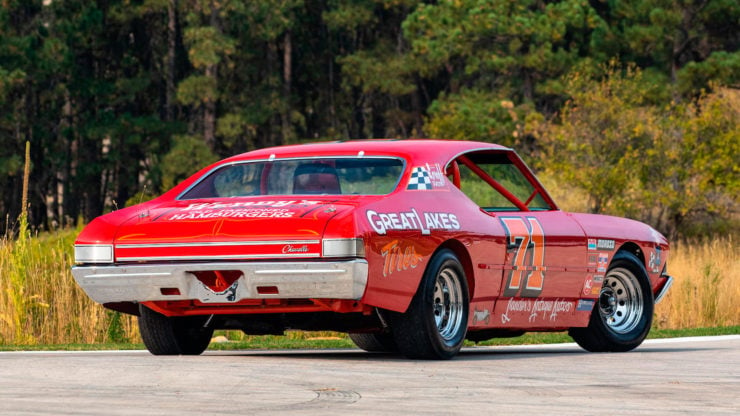