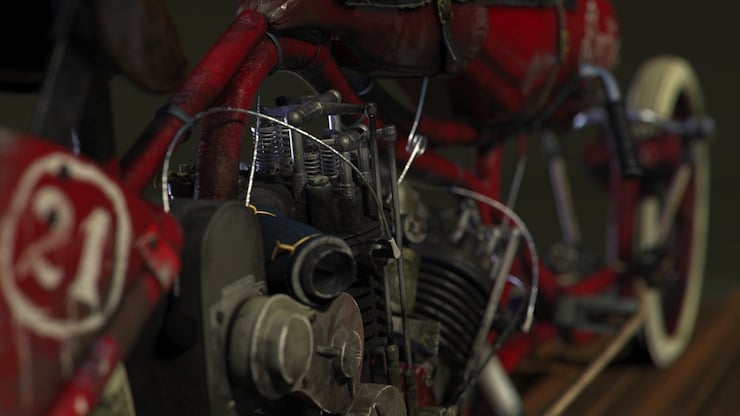 This 1915 Indian Board Tracker might look a little bit like nothing you’ve ever seen before, that’s largely due to the fact that it’s a 3D model and not a real bike. Yet. It is, however, the exact sort of thing that makes me wish for a significant acceleration in the development and adoption of 3D printers.

The bike started out as a project assigned to Craig Kitzmann by his professor at San Jose State University, they were given the topic of early board track racing and asked to create a 3D model representing the era. Craig quickly fell in love with the men and machines and after some work in Maya, Photoshop and Mudbox he created the remarkable bike you see here.

Rather brilliantly, he also crafted a back story for the bike, to explain its unique foot-steering mechanism and hand throttle – I’ve added it below in full.

Discovered via the always wonderful – MegaDeluxe 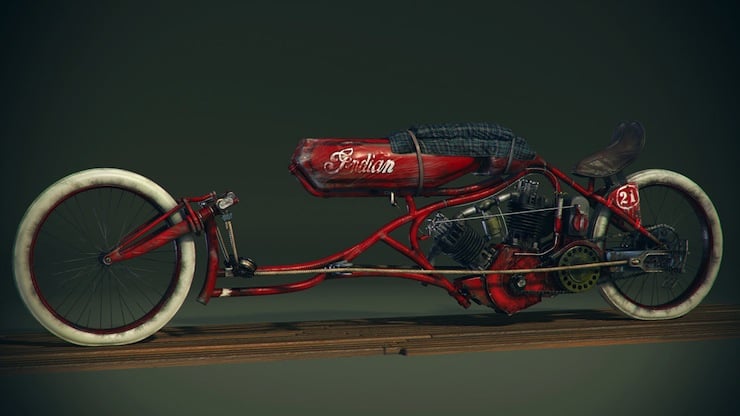 So this model was our first project in my last class at San Jose State. We were asked to do research on 1910-1920′s board track racing and re-create one of the bikes from that era. What came out of it was a new found love for board track racing bikes and their riders. The insane stories and crazy pictures that we came across were so amazing. It hooked us all in. The first concepts I created was a straight up 1915 Indian board track racing bike with a V-twin motor. I was happy with modeling it out right but the instructors wanted to see us push it more. The idea was that anyone could model from some pictures but not everyone can inject a story and artistry into it.

So I went back to the drawing board and started some quick iterations to explore interesting silhouettes. I came to a silhouette close to what the final version is now. I also found that I was subliminally drawing inspiration from work that Daniel Simon had created. I then needed to figure out how the rider would steer the bike. I developed a pulley system that can run from the front to the riders feet. I then asked well why would he need to drive with his feet? I then thought of the story of a guy who was a rum runner at the time. He would ride his Indian in and out of the streets while avoiding the police. At one point he took a nasty spill and destroyed his bike and lost his left arm. Instead of being defeated he salvaged the parts from the wreck and created a new frame and driving mechanism. He now wears a brace around his chest that can hook into the left side and uses his right arm to grip and throttle.

The model was created in a program called Maya, it was textured in Mudbox and Photoshop and rendered in Mental Ray. I tried to stay true to the original design and engineering but I’m sure any board track racing enthusiast could spot some potential problems. 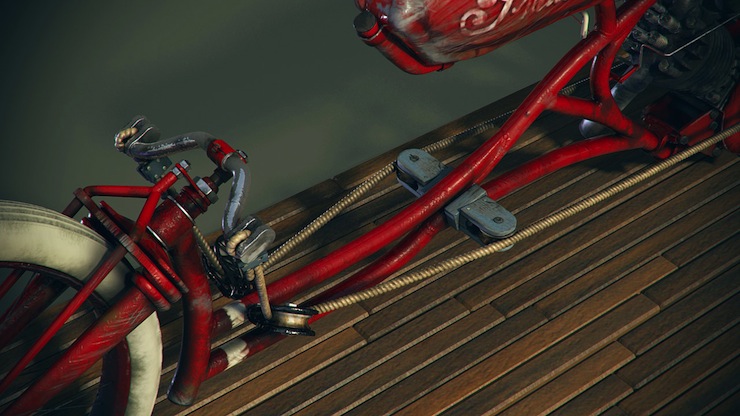 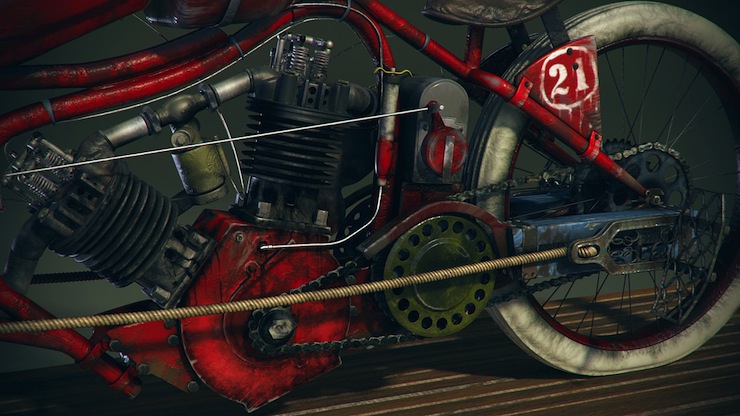 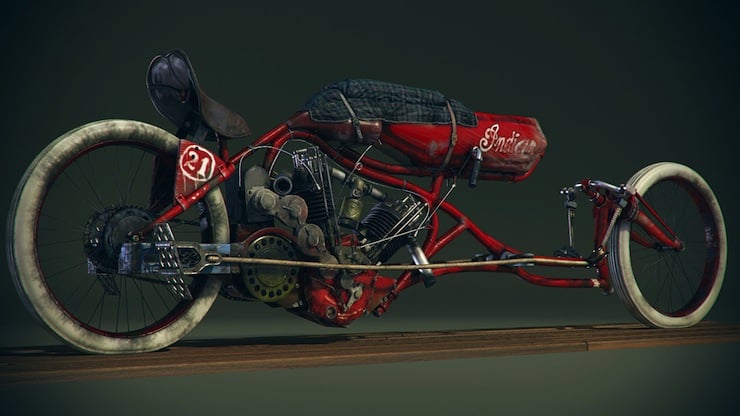 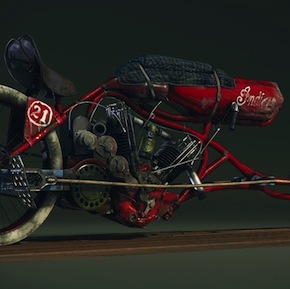