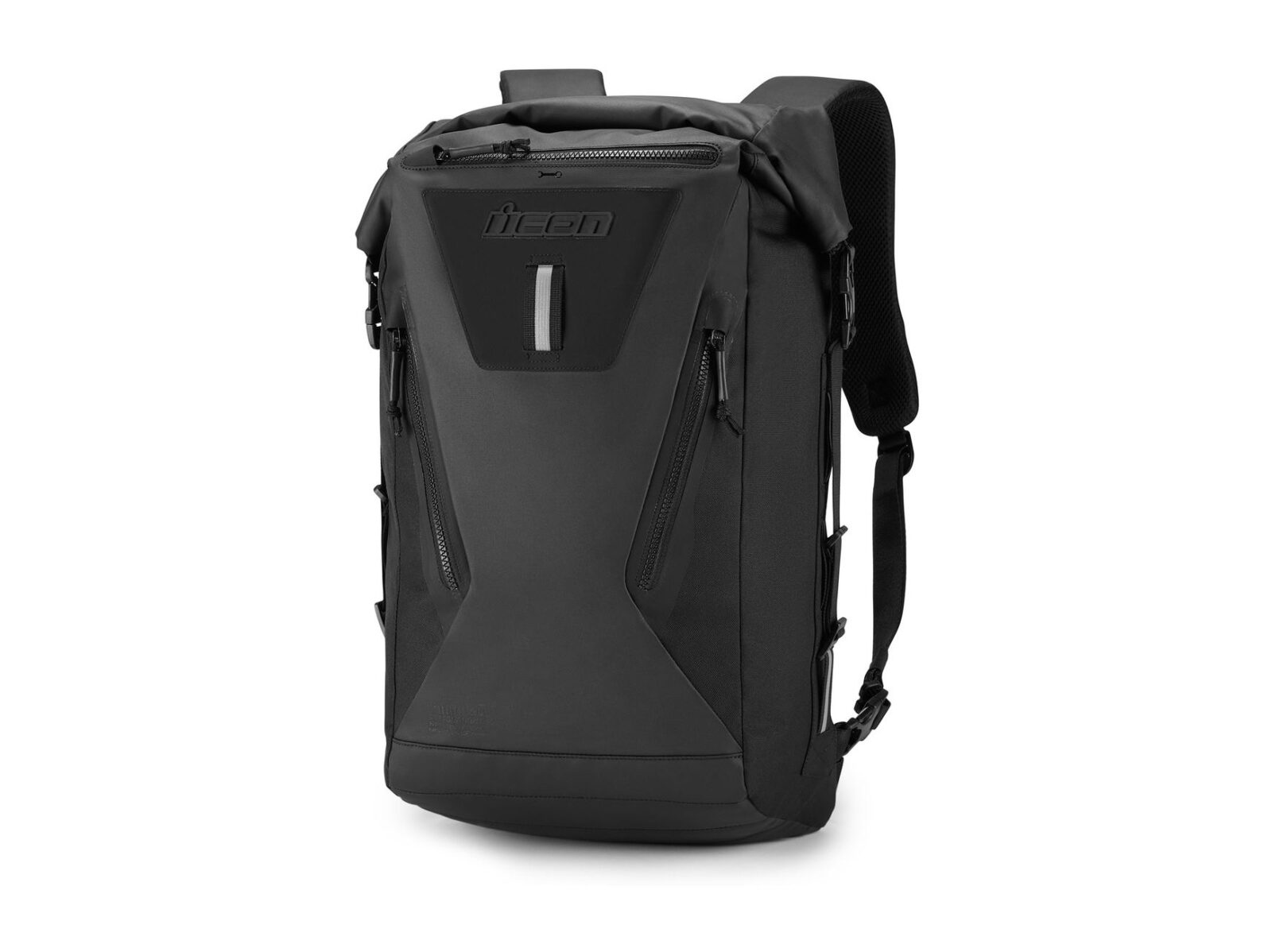 This is the Icon Dreadnaught backpack, it was designed for motorcyclists but it’ll work for anyone who needs a solid waterproof backpack that can take anything you throw at it.

The Icon Dreadnaught backpack was named after the legendary battleships which themselves had been named after the original the Royal Navy Dreadnought – the ship so revolutionary it triggered countless imitators and an entire marine arms race. Dreadnoughts were characterised by their heavy armour, an unprecedented number of big guns, and their powerful steam turbine propulsion.

The plan for the Icon Dreadnaught backpack was to start from a blank slate and create the exact bag a motorcyclist would want to own for a variety of tasks, from commuting into work, to hopping on the bike with a tent and a sleeping bag for a weekend in the forest. 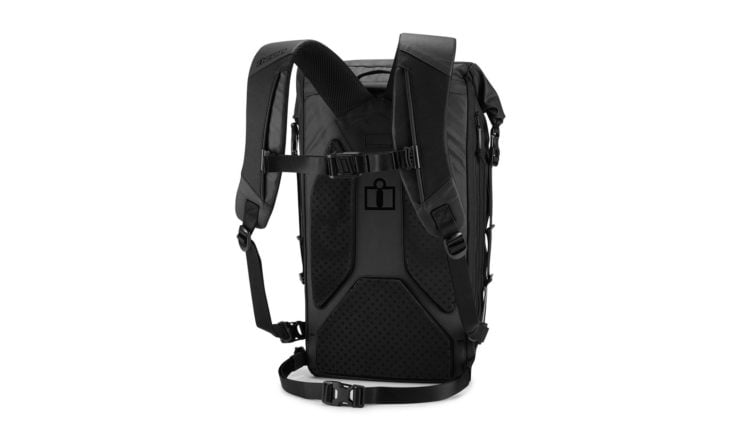 The Dreadnaught has a capacity of 20 litres, and it has both a chest strap and waist trap to keep it firmly fastened when you’re on the highway. The bag is waterproof thanks to its PU-coated poly fabric construction and roll top main compartment, and it has three water resistant exterior pockets for easy access.

Inside you’ll find a space for up to 15″ laptop, there’s a pocket for an optional D3O Viper Back Protector or hydration bladder (sold separately), and a handy tool roll (tools not included). The backpack has articulated shoulder straps for comfort, a Fidlock magnetic buckle, and it measures in at 20″ high x 10″ wide x 6″ deep. 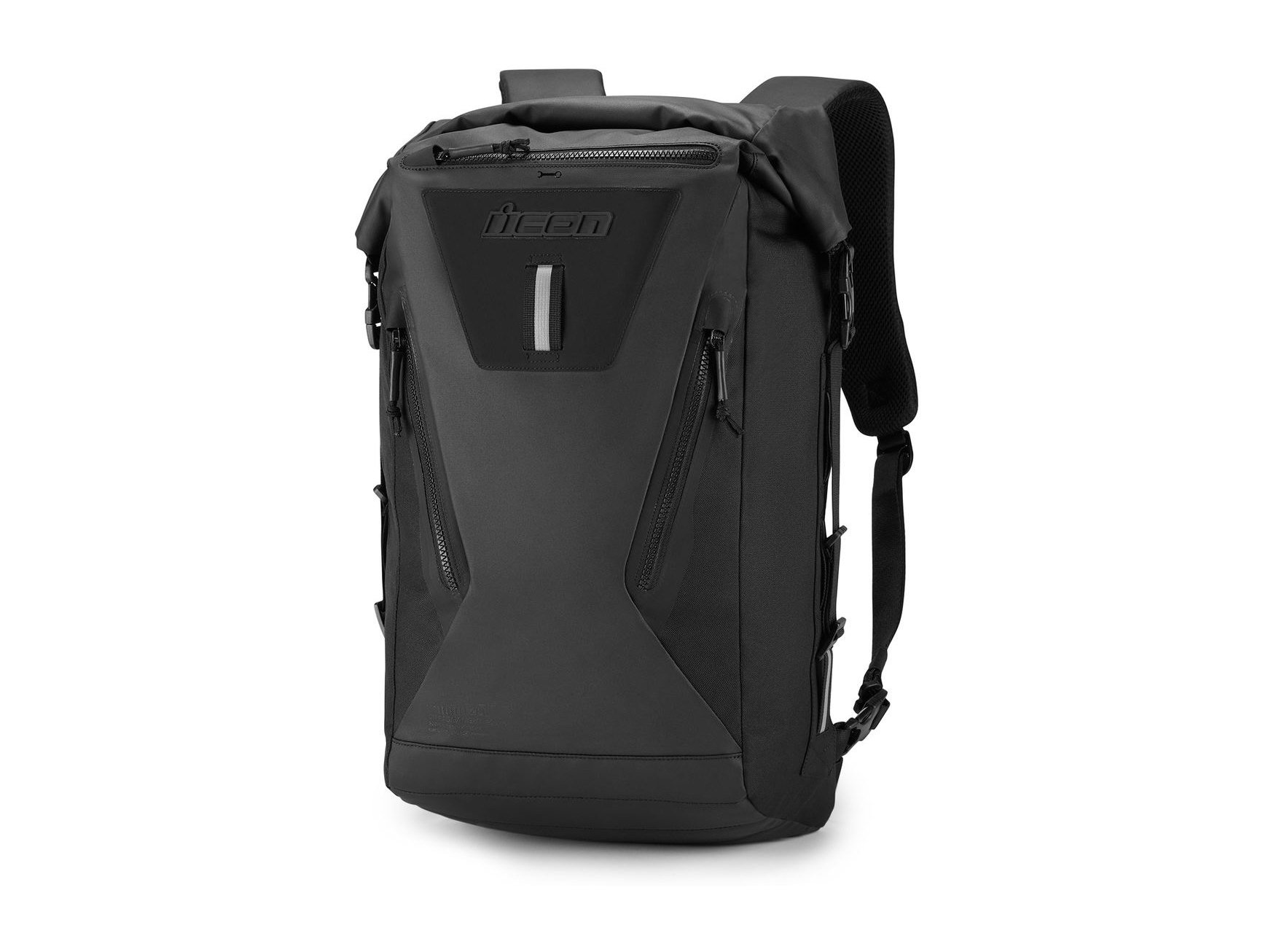