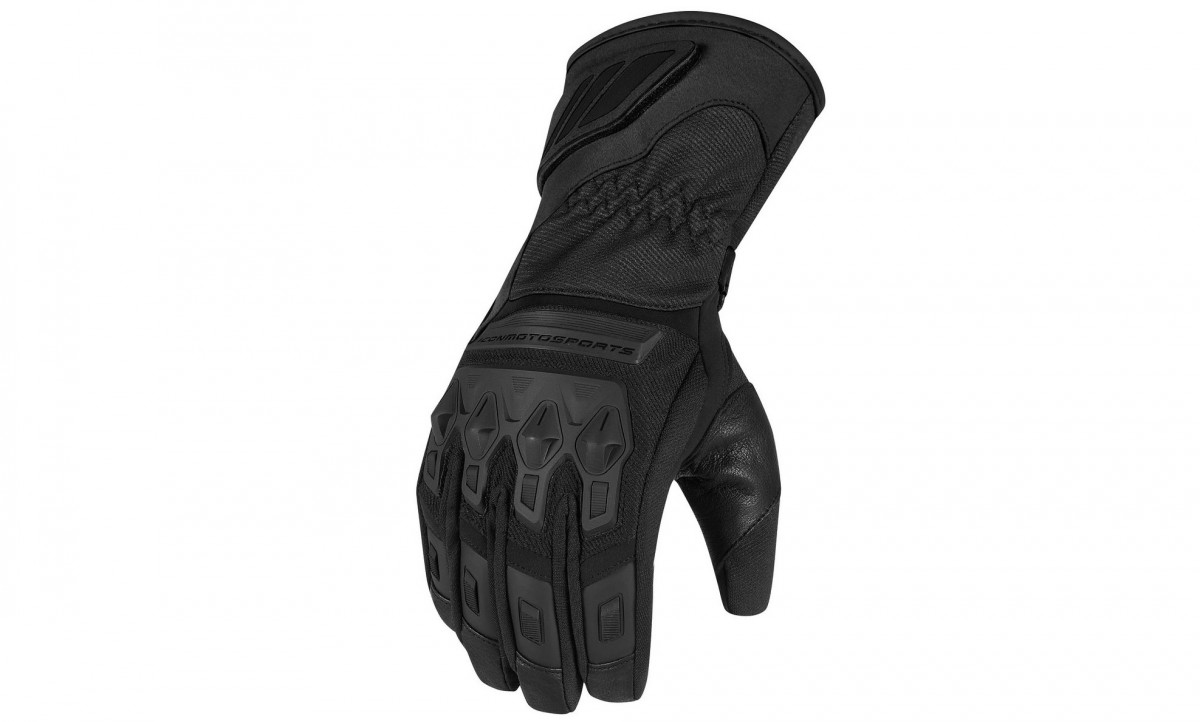 The Citadel Glove by Icon is a waterproof, multi-season motorcycle glove designed for people who ride in a wide array of weather conditions. It’s a gauntlet-length glove that fits under your jacket sleeves and it has a dual hook and loop closure to make sure that no rain or snow makes its way inside.

The fingertips, thumb and palm-heel are lined with Battlehide leather and the waterproof Hipora™ liner allows the glove to breathe whilst also remaining water, snow and ice proof.