Riding motorcycles is a dangerous habit, most people who’ve been riding for any length of time will have stories about “offs” they’ve endured with many carrying them like badges of honour. The single most effective way of reducing your chances of injury or death is to wear a full face helmet, this has been established by studies like the Hurt Report and then reaffirmed by the MAIDS Report a few years later.

The Icon Airframe Statistic Helmet you see above has been designed to show exactly which parts of the motorcyclists head are most likely to make impact in a collision. It should be noted that this isn’t just front-on collisions, but all accidents combined. The data was collected by Dietmar Otte, Medizinische Hochschule Hannover, Abteilung Verkehrsunfallforschung, Germany and was famously referenced by the Hurt Report in 1981.

Each of the Icon Airframe helmets has a fibreglass/Dyneema/Carbon fibre shell which meets or exceeds the DOT FMVSS 218(US), ECE 22-05(Europe), SAI AS1698(Australia) & SG (Japan) safety and testing standards. 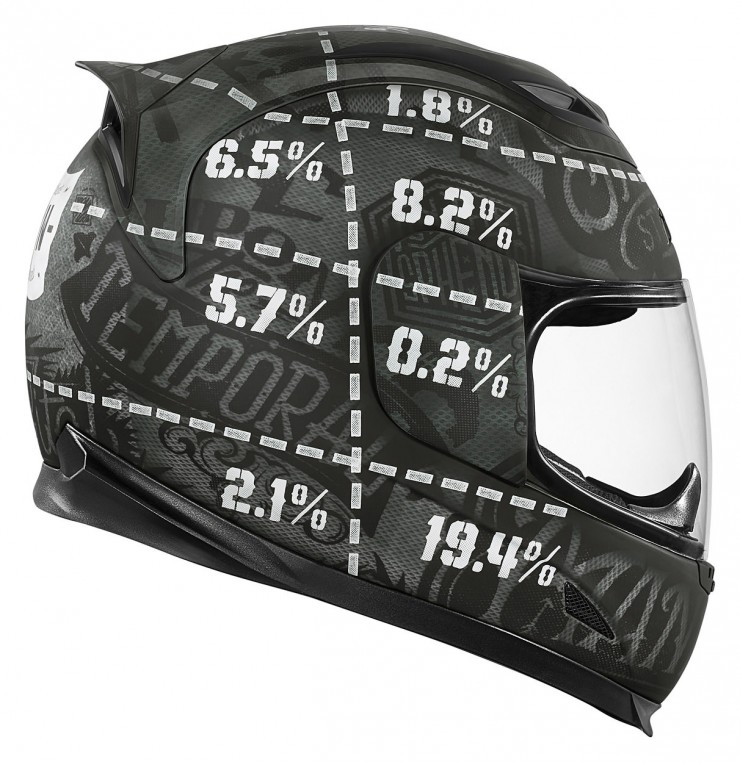 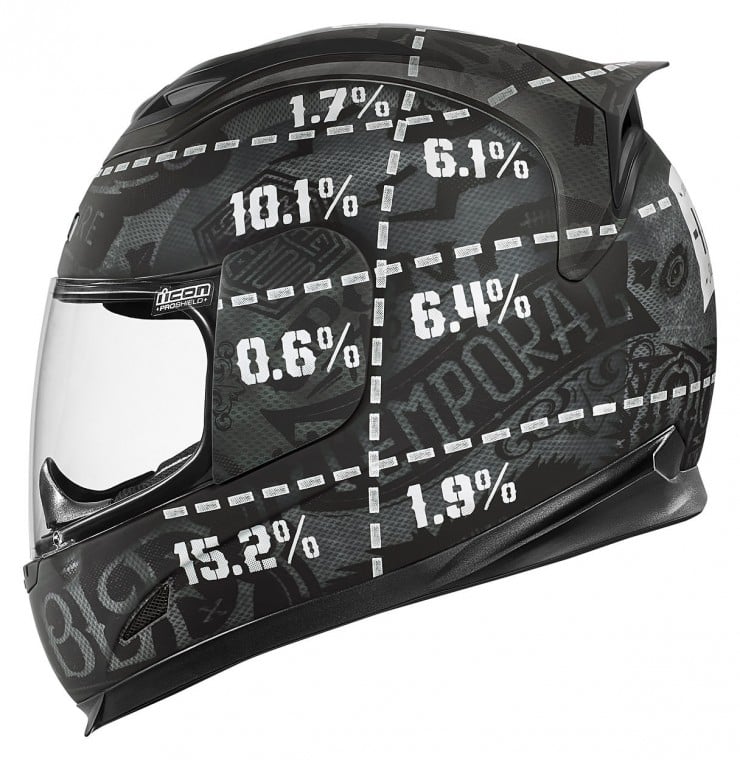 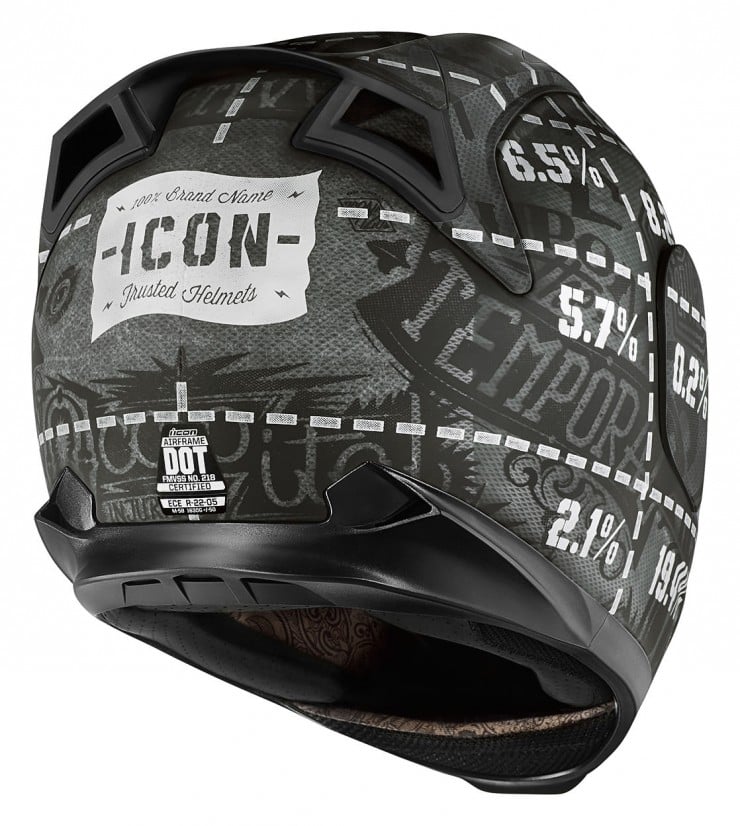 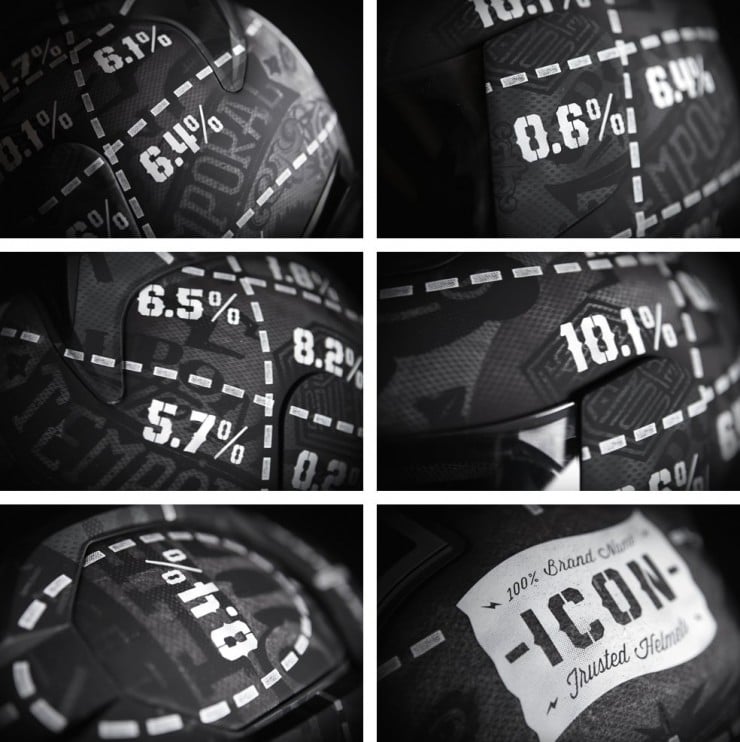