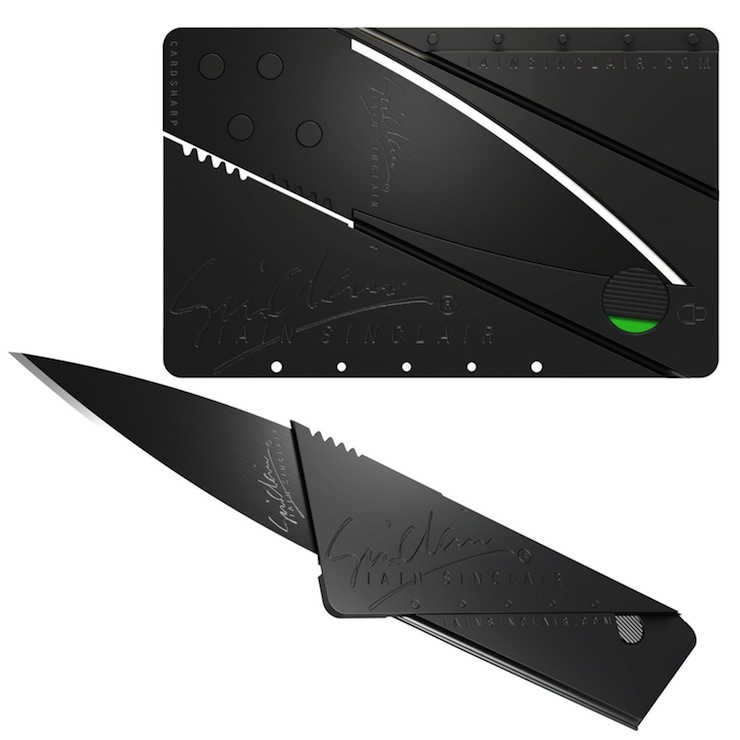 This credit card sized folding knife by Iain Sinclair is one of the cleverest bits of gear we’ve come across in recent memory. The knife has a 2.2mm thin, 65mm long stainless steel surgical blade that tucks onto the body with 3 folding motions. Once tucked away the blade is locked into place, to ensure it won’t pop open in your pocket and leave you singing Opera a la Castrato.

The clever little knives only cost $12.50 USD each and make a hell of a useful addition to any wallet.