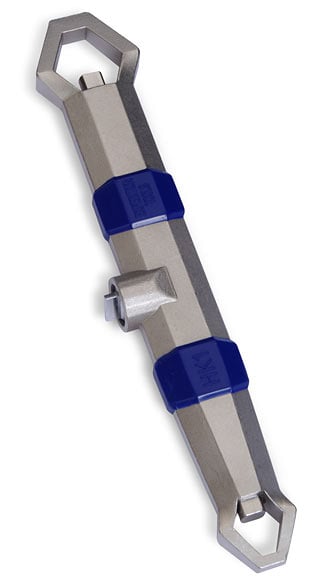 The Hydrokinetic Adjustable Wrench is more or less exactly what we thought wrenches would look like in the 21st century. The remarkable tool uses a liquid-oil core to hydraulically extend a piston, this applies pressure to the bottom of the nut forcing it into the cradle and creating a tight fit around any bolt.

The Hydrokinetic Adjustable Wrench is available here for just $24.99 USD via ThinkGeek.