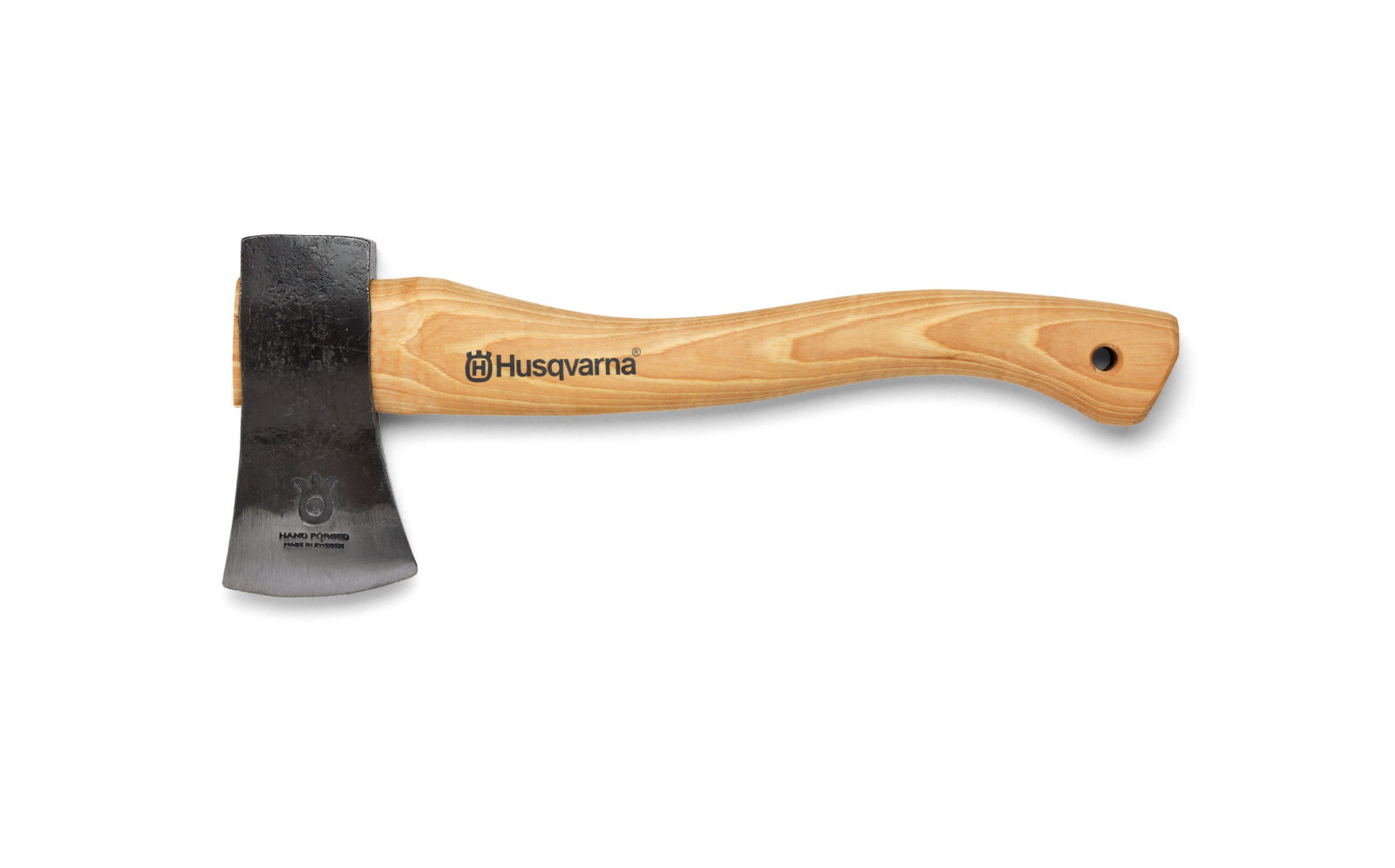 This Husqvarna 13 inch wooden hatchet isn’t something many of us would link with the Swedish company, who are far more famous for their motorcycles than their wood-cutting products. Interestingly Husqvarna started out in 1689 as a weapons foundry in Sweden before expanding out into bicycles, motorcycles, and a broader range of products in the 20th century – including axes and chainsaws.

People like me tend to associate the Swedish brand with images of Steve McQueen belting across the dunes in the late 1960s aboard a Husqvarna two-stroke, but the truth of the matter is that the company now makes everything from robotic lawn mowers to snow blowers and just about everything else between.

The company makes a variety of both wooden handled and composite handled axes in various sizes for various tasks, from the 13″ hatchet you see here right the way up to a 26″ felling axe and a 30″ splitting axe. Each of the axe heads is forged and formed in Sweden from high quality steel designed to last a lifetime of use, and of course they can be sharpened using standard axe sharpening stones.

Hatchets of this size are useful for everything from cutting firewood when hiking and camping to light use around the house or farm. The handle is replaceable, so the axe should be good for decades of solid use. It has an MSRP of $26 USD and they typically ship out in two to three days. 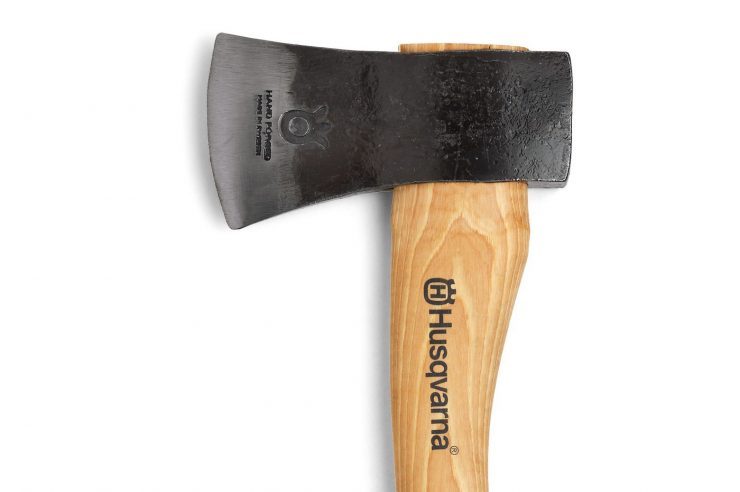