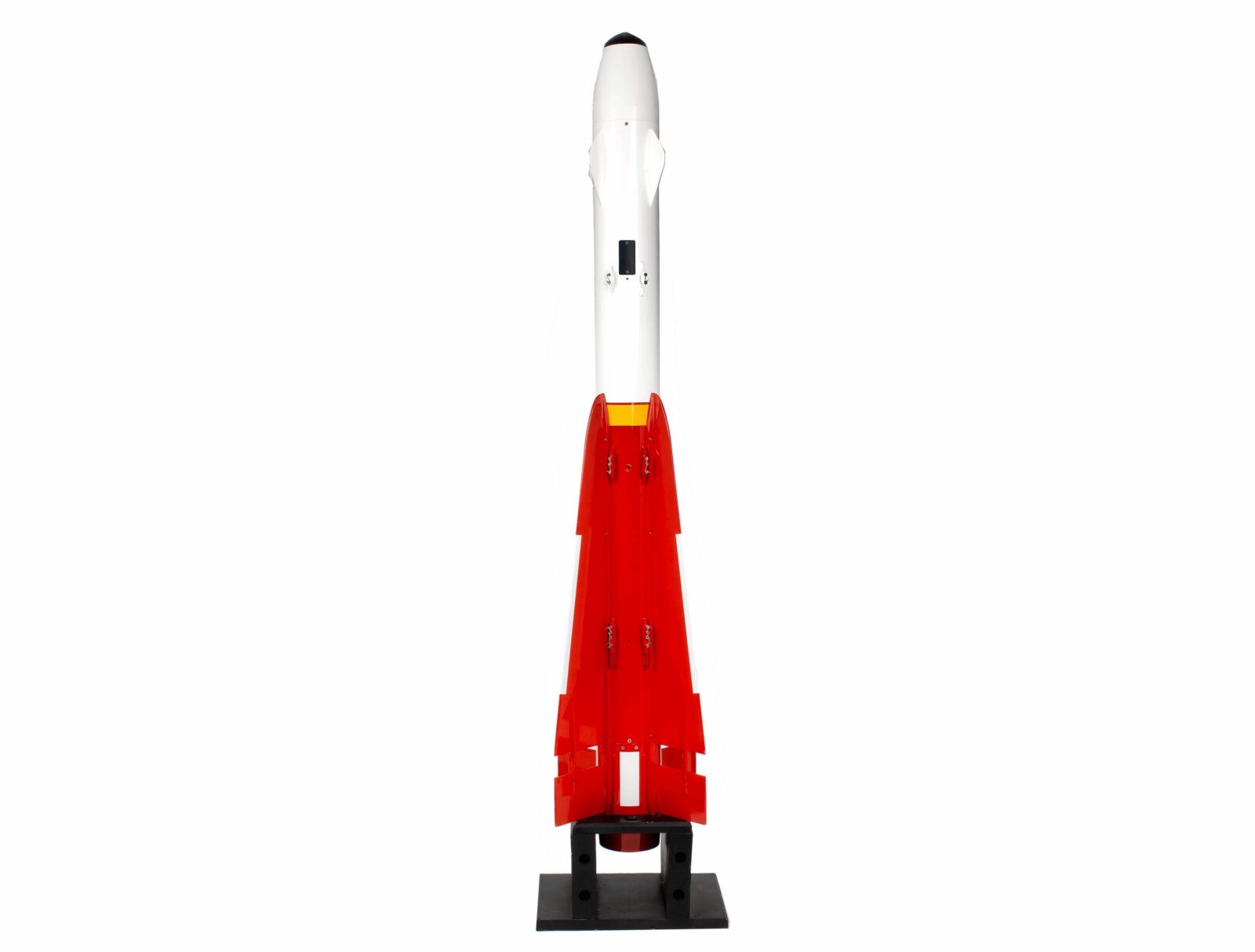 The Hughes AIM-4 Falcon was the first operational guided air-to-air missile used by the United States Air Force, development began soon after WWII ended in 1946 and it was first tested just three years later in 1949.

The capabilities of the Hughes AIM-4 Falcon were impressive given the relatively primitive nature of electronics and computer systems at the time, the missile could achieve a top speed of Mach 3 and it had an operational range of 6 miles.

Both heat-seeking and radar-guided versions of the AIM-4 Falcon were developed, they were largely used during the Vietnam War by McDonnell Douglas F-4 Phantom IIs to shoot down bombers – more maneuverable fighters were able to avoid them relatively easily. 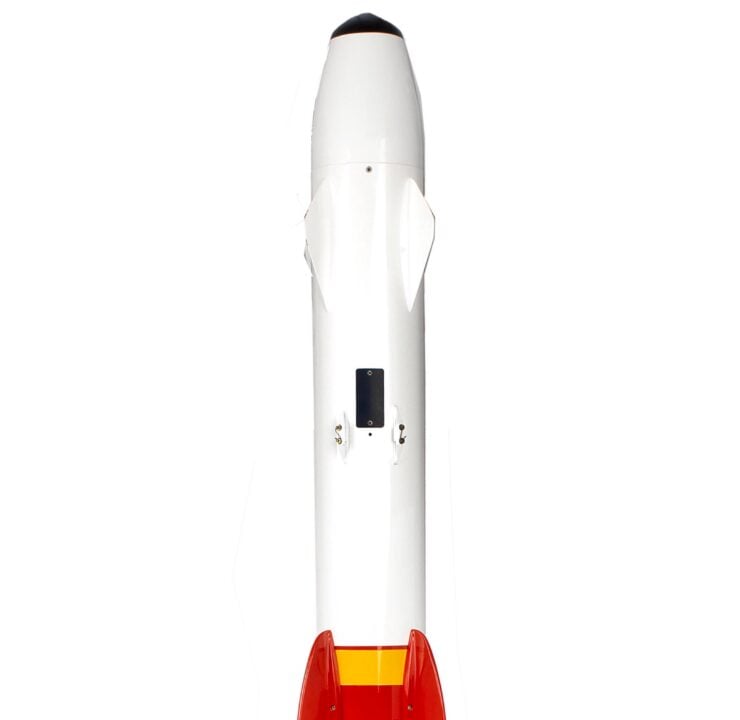 Over the course of the missile’s 1956 to 1988 service life it saw a slew of major technological upgrades, and it set the stage for the considerably more advanced air-to-air missiles that would follow.

The deactivated Hughes AIM-4 Falcon you see here stands at just over 200cm tall, that’s 6.5 feet, and it’s sitting on a black painted wooden display stand. The original infrared nose cone has been replaced with a dummy head, and it’s finished in a white/red paint scheme.

If you’d like to add this unusual display piece to your home or office I have some good news, it’s due to cross the auction block with Bonhams on the 9th of July with a reasonably affordable price estimate of £1,000 – £1,500 which works out to approximately $1,377 – $2,065 USD. 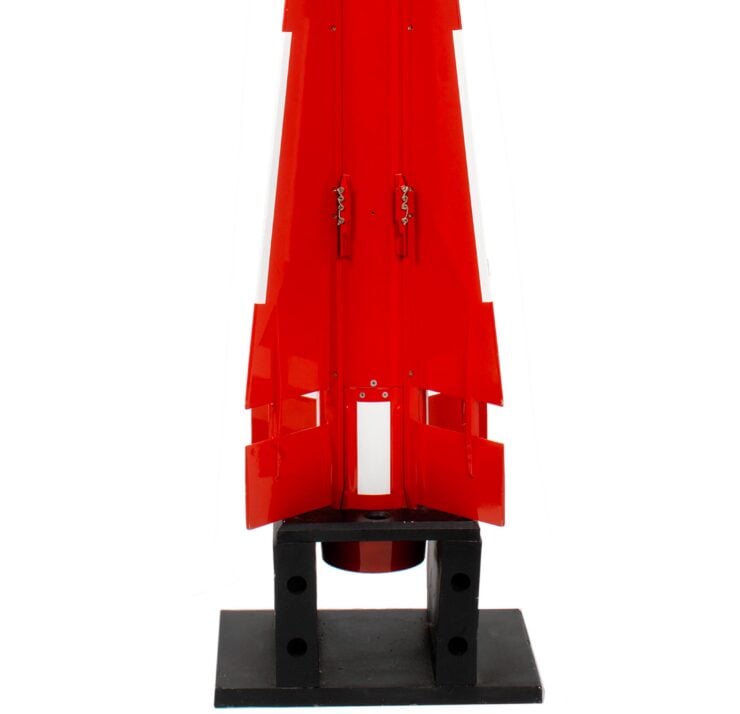