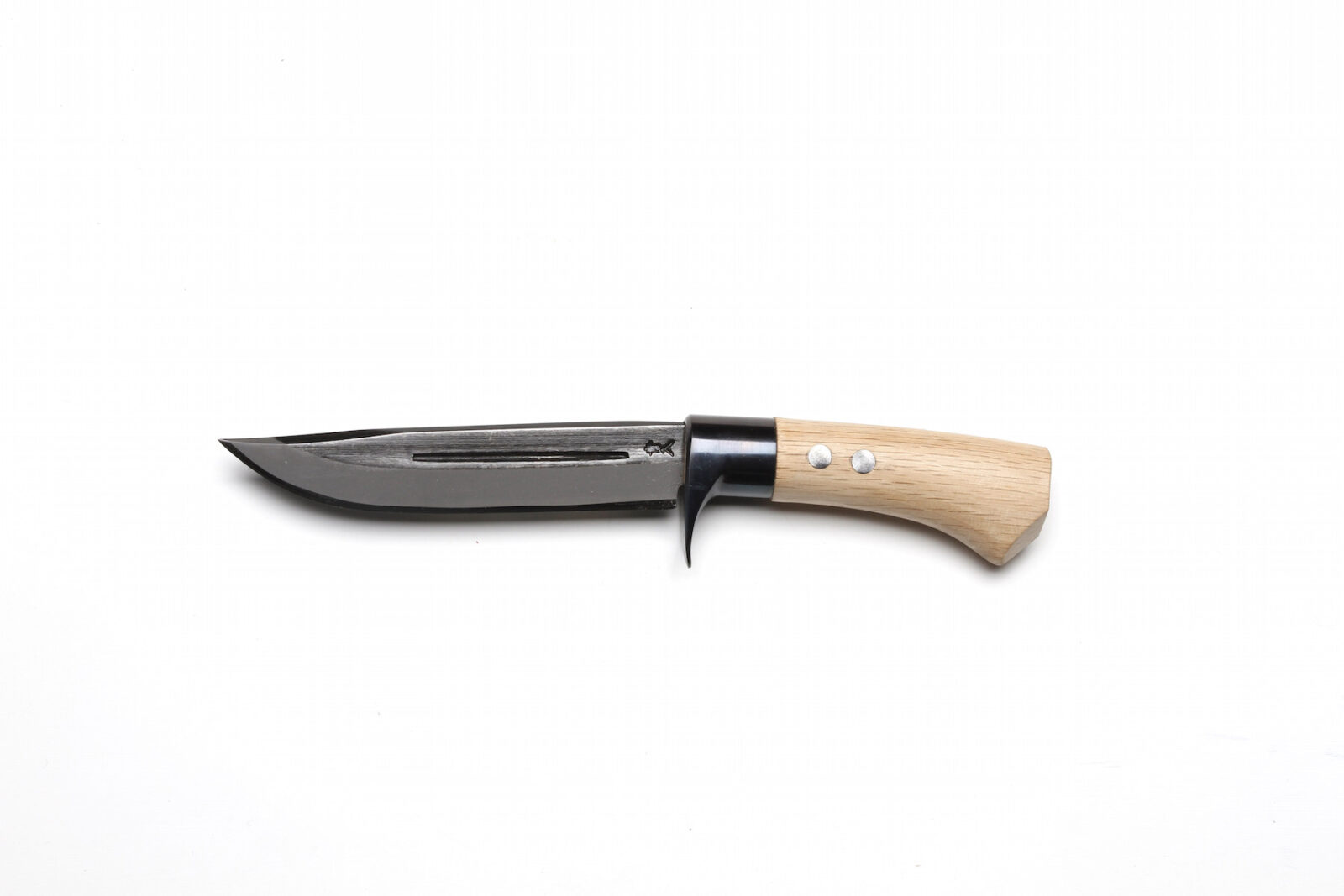 The Hotta-san Hunting Knife is the work of a legendary Japanese blackmith based in the Tosa region of Shikoku, each knife is made by hand without the use of a die, and each blade is considered a functional work of art by people who know more about Japanese sword and knife making than you or I are ever likely to learn.

Each knife made by Hotta-san is forged from Yasuki blue steel which allows for an extremely long lasting, and exceedingly sharp cutting edge. The handle is made from hard Japanese white oak and ships with a handmade leather sheath. 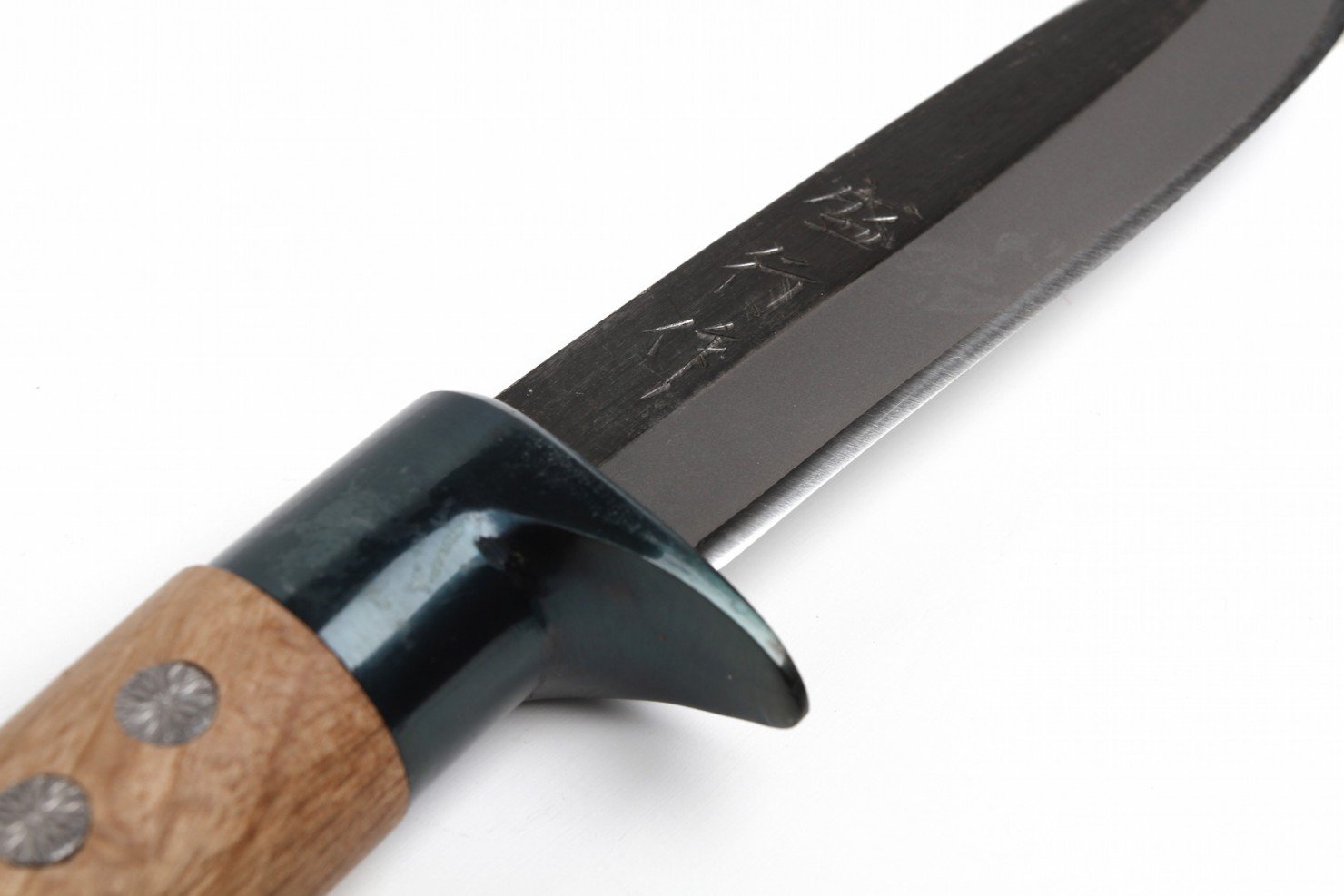 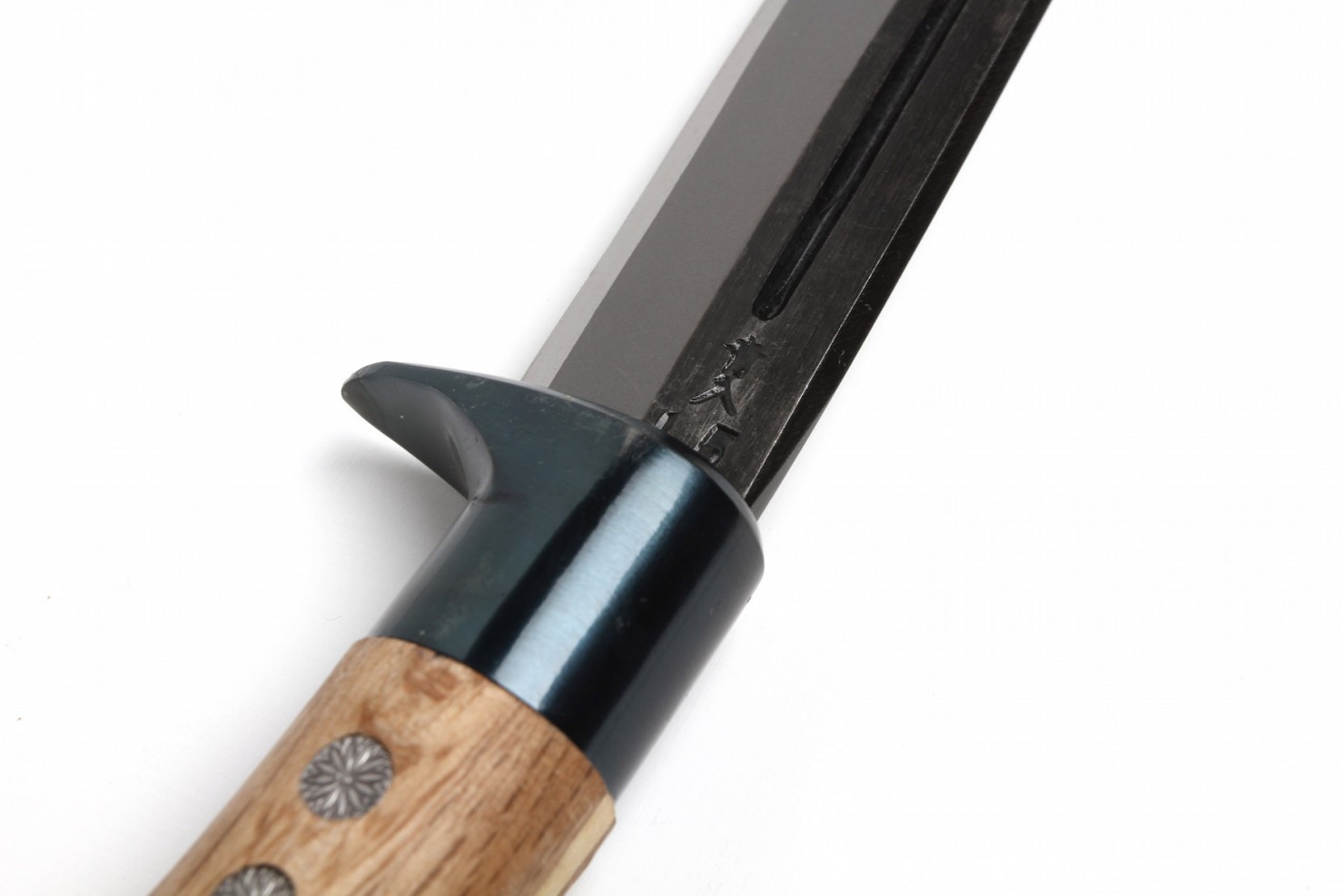 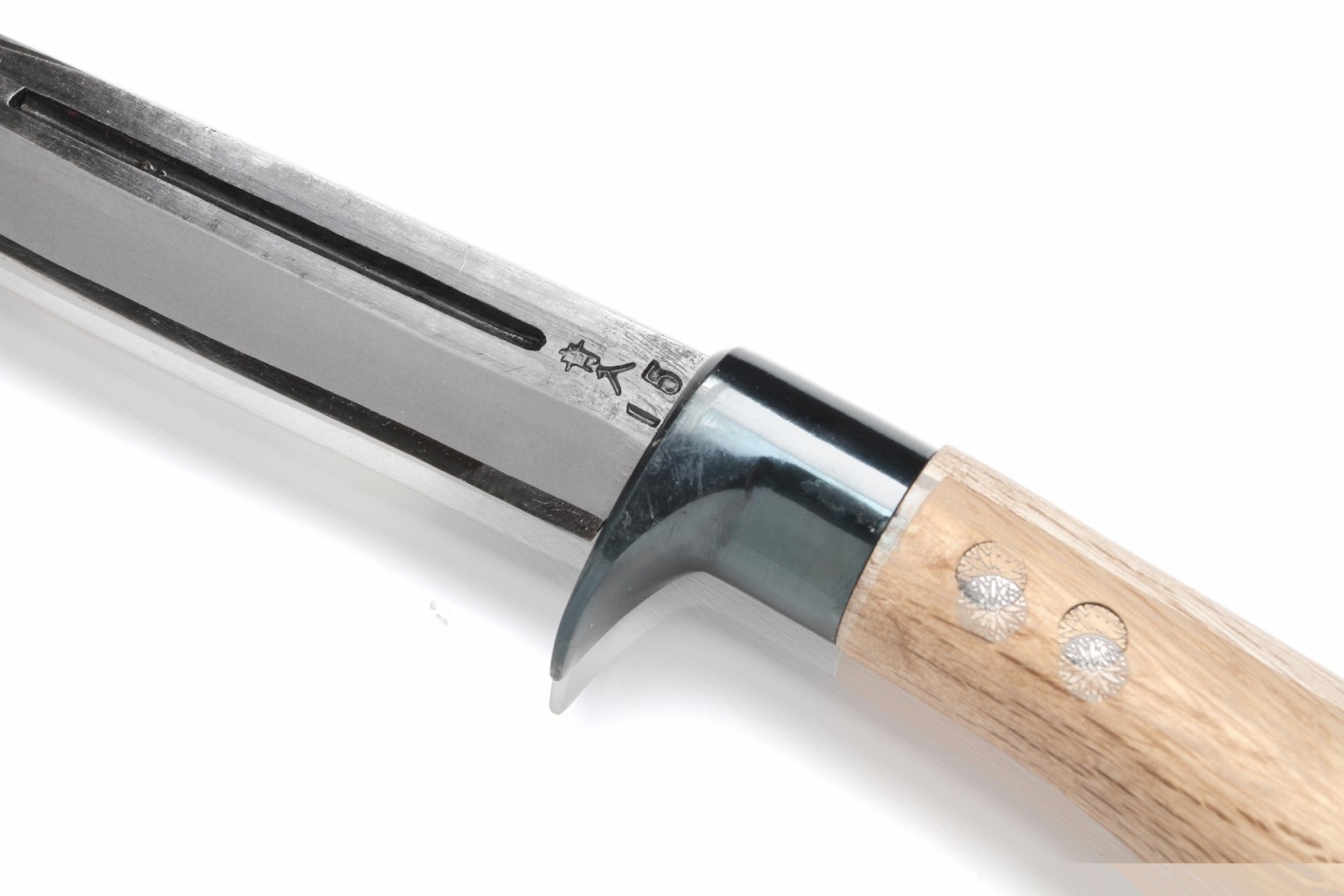 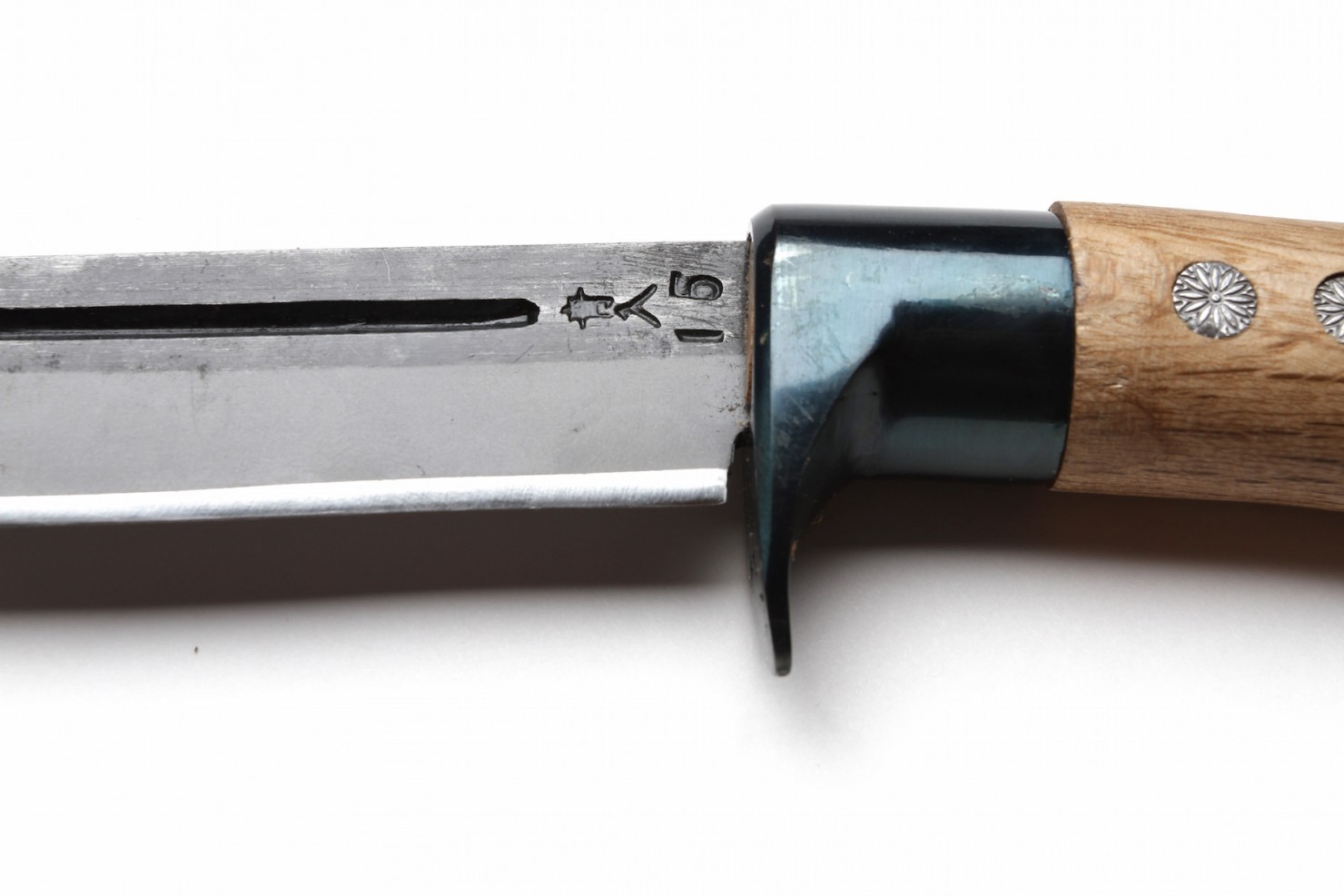 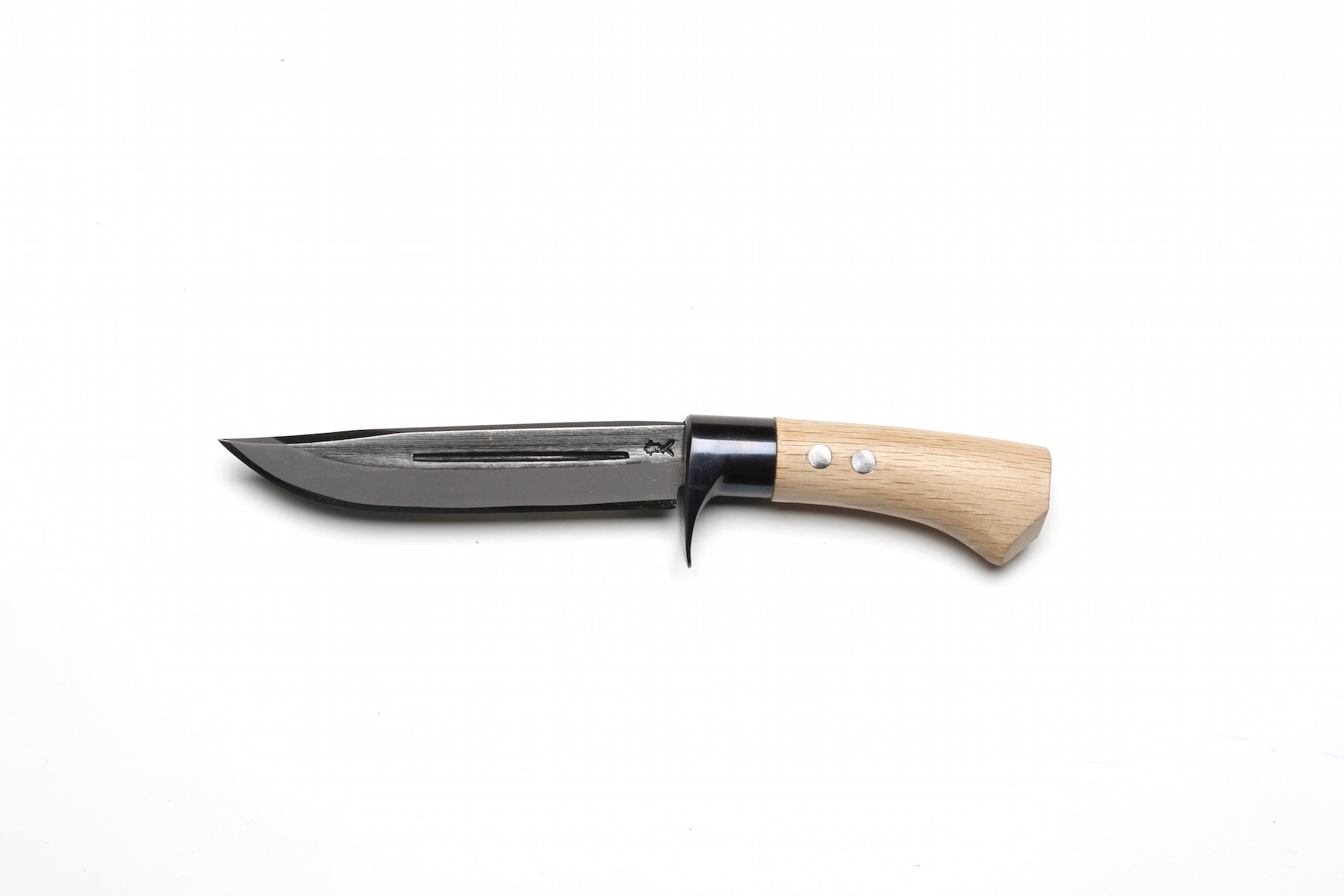