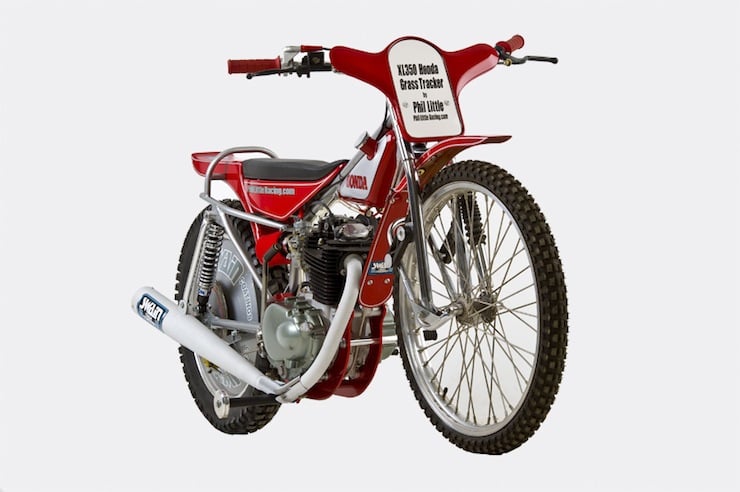 This fantastic looking retro-racer is a Honda XL350 based Grass Tracker built by Phil Little Racing, the frame is an English-style tracker frame and was found hanging in the Minneapolis area shop of Merritt Cody, along with its matching fuel tank.

Phil set about building a ’50s style Grass Tracker and picked up a Honda XL350 engine/transmission to power it. For those not versed in the differences between Flat Trackers and Grass Trackers, the major difference up until the 1970s was the inclusion of rear suspension on Grass Trackers due to the bumpy nature of English racing ovals. 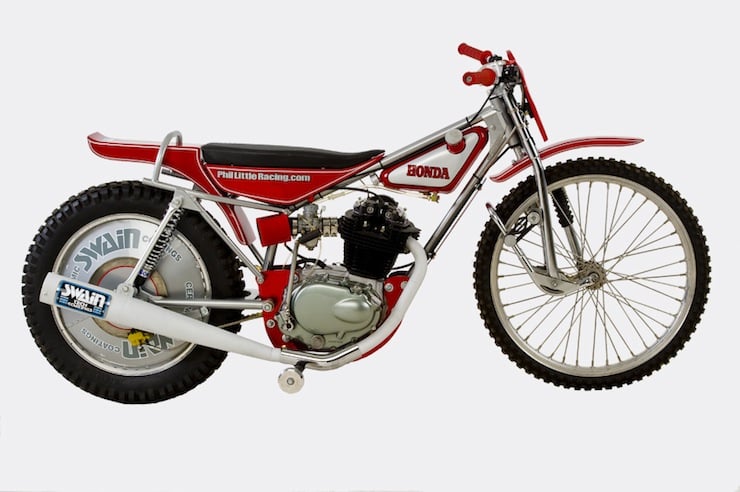 The body-work was all moulded in-house by Phil Little Racing (and he has the moulds in case you’d like to build something similar), the front leading link forks were obtained from Bill Cody Racing and that XL350 engine was chosen because it’s vintage and highly reliable.

That single-pipe exhaust is ceramic coated inside and out, all of the frame components were custom made for this bike by Phil’s brother Ric Little. If you’ve got a few minutes to spare, you might want to check out Phil’s website, it’s loaded with fascinating projects and he sells a series of motorcycle kits for those who want to tart up their ride. 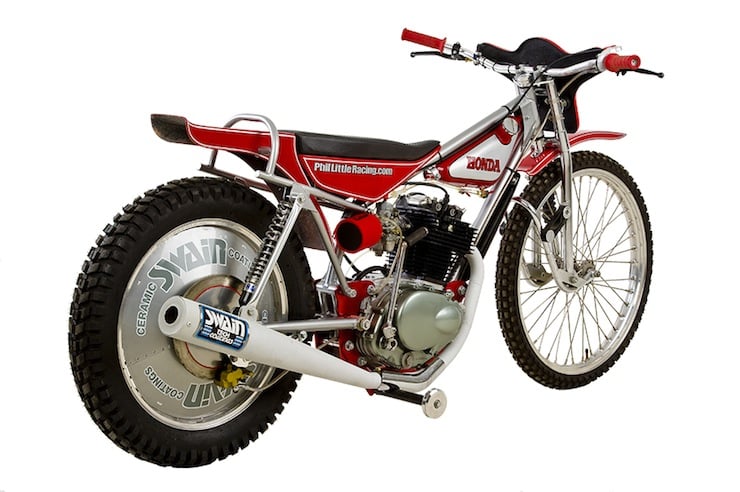 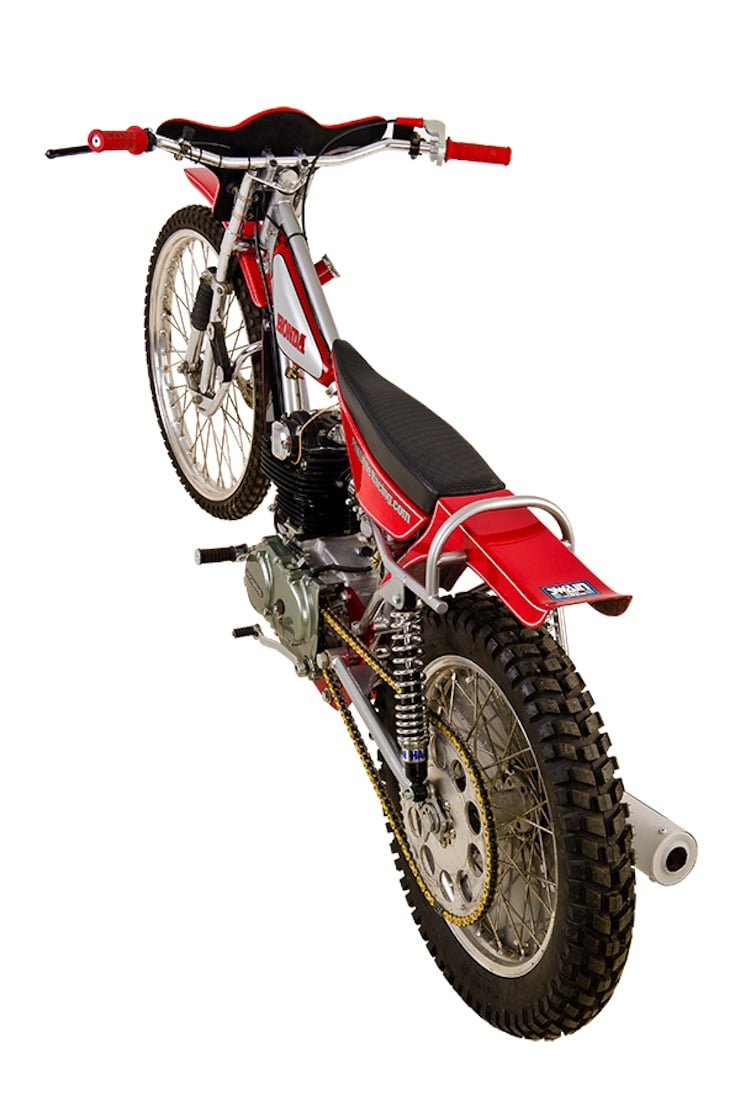 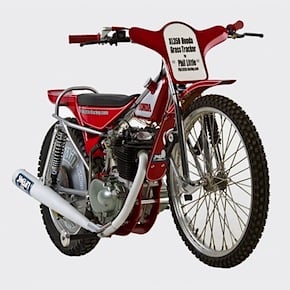 Published by Ben Branch - May 1st 2013
Related Posts
A 1968 Fuji Go-Devil: The Folding Motorcycle That Fits In A Suitcase