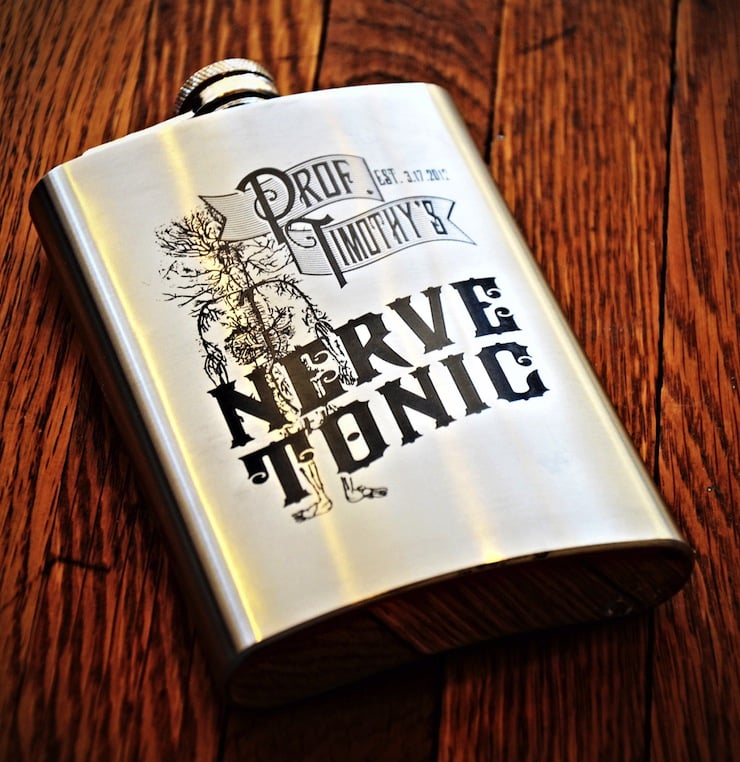 These beautiful steam-punk hip flasks are made to order by Pick Your Poison, each one includes the surname of the orderer in the engraving – which I think is fantastic.

So if you’re in need of a hip flask (as all men obviously are) you can hit the link below and grab yourself a custom “Professor InsertYourNameHere’s Nerve Tonic” hip flask for the reasonable sum of $22.50 USD.