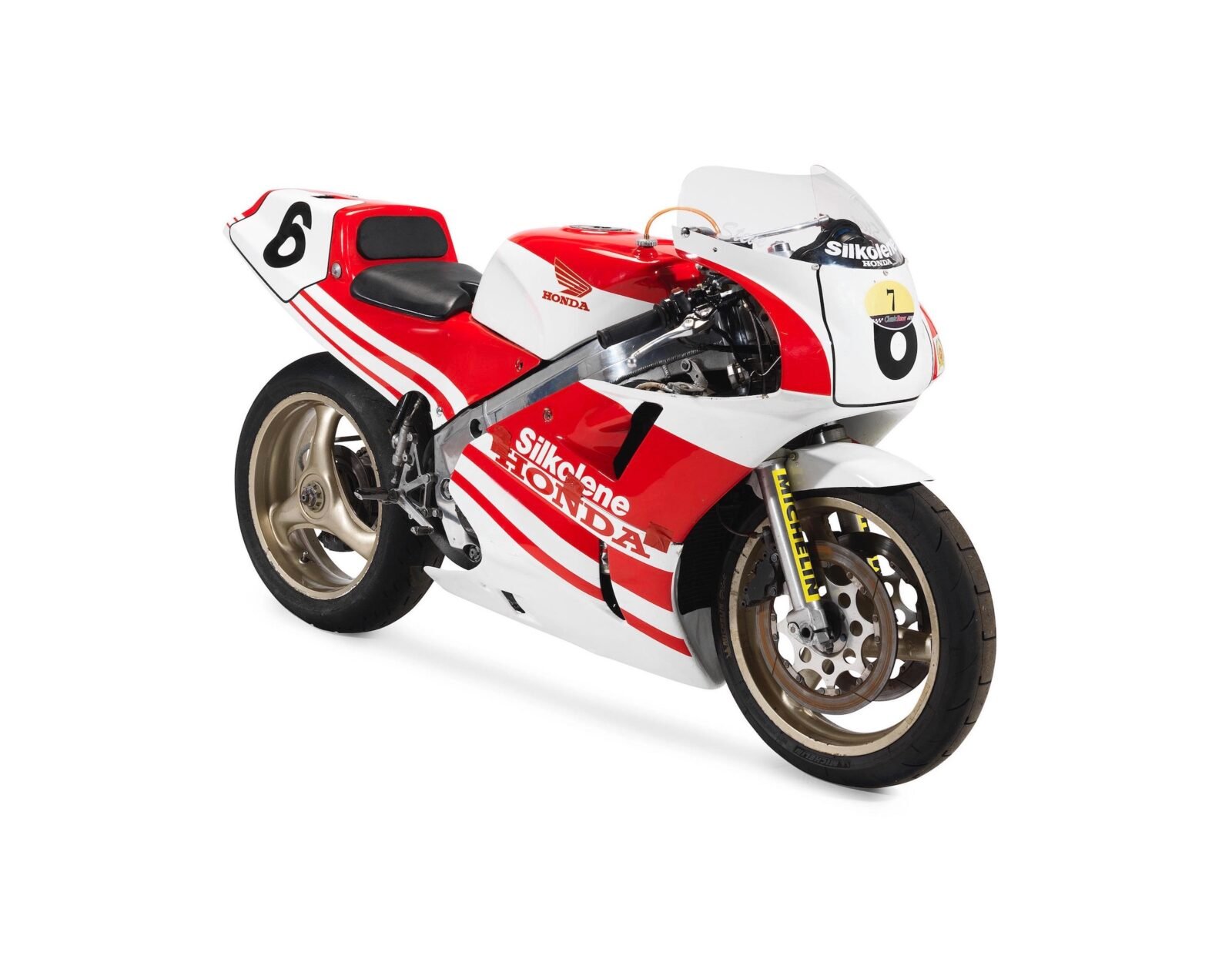 The Honda VFR750R Type RC30 was a homologation special developed for the then-new World Superbike Championship by the Honda Racing Corporation.

By late-1980s standards the RC30 was staggeringly advanced, the engineers at Honda had thrown everything they had at their new superbike in order to win the World Superbike Championship and establish dominance over their Japanese arch rivals – Kawasaki, Suzuki, and Yamaha.

The heart of the RC30 was its V4 engine, a liquid-cooled 748cc unit with gear driven double overhead cams, 16-valves, titanium connecting rods, and a 360° “big bang” crankshaft.

Power is fed through a 6-speed close ratio gearbox with a famously tall first gear – capable of 0 to 82 mph before the rider’s foot needs to start looking for second. This allowed more ratios higher in the speed range which was great for racing but not ideal for use on the street – and it resulted in a relatively disappointing 1/4 mile time of 11.8 seconds.

Braking ability is a big part of the equation for any racing motorcycle, so Honda fitted it with twin discs upfront with four-pot calipers, and a single disc in the rear, with a slipper clutch to avoid over-revving the engine on downshifts.

In order to make wheel changes as quick as possible Honda also designed the RC30 with a quick-release front fork and single-sided swing arm attached with a single castellated nut and cotter pin. Handling was taken care of with fully-adjustable Showa suspension front and rear, and the lightweight alloy frame offered excellent rigidity.

The Honda RC30 had been specifically designed to be fast and highly-strung, the downside to this was that the engine could be seized if revved hard before it was suitably warmed up, and the front brake rotors could be warped if subjected to consistent heavy usage. 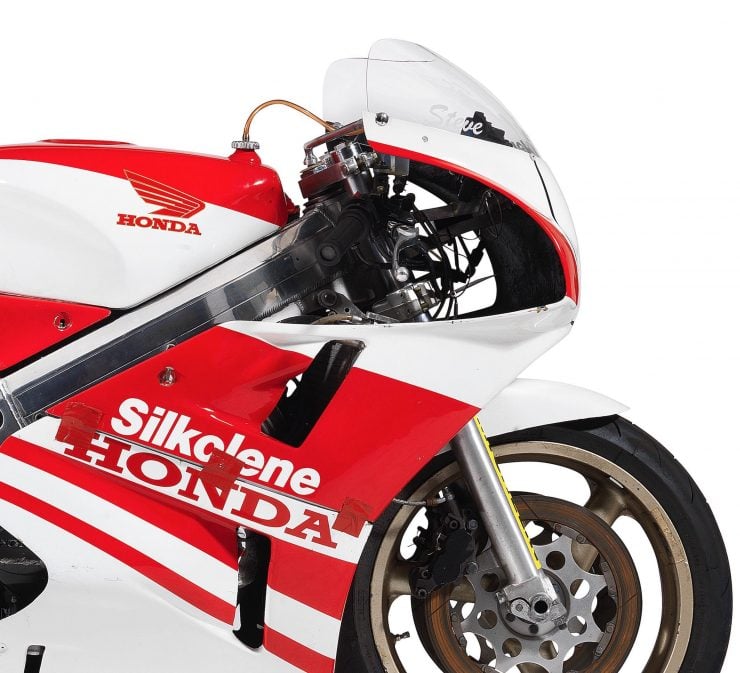 The Honda Type RC30 and the World Superbike Championship

Honda had pulled no punches when developing the RC30 for the inaugural season of the World Superbike Championship in 1988, and it showed. American rider Fred Merkel took the rider’s championship with 99 points, and Honda took the constructor’s championship win with 142 points, ahead of Yamaha and Bimota.

Honda repeated this feat a year later by winning the 1989 World Superbike Championship, with
Robert Dunlop winning the 1989 Macau Grand Prix, and Steve Hislop winning the same race in 1990. The full list of race wins enjoyed by the Honda RC30 is too long to list here, but taken as a whole they put the model into a league of its own, and moved the world of superbike engineering forward in one colossal step.

The RC30 you see here has a notable racing pedigree, including in-period Isle of Man TT and Macau Grand Prix racing history. It was acquired from the Honda Britain Race Shop and raced in the ‘89 season by Brian Morrison as a full Honda Works Machine.

Steve Hislop rode it to 3rd place in the 1989 Macau Grand Prix, and it’s believed to be the bike that Brian Morrison broke the absolute track record at the 1989 TT. Morison’s results at the ’89 TT were 2nd in the Formula 1 race, 5th in the Production 750, and 5th in the Supersport (600) event.

Since its retirement from active duty the bike has been preserved in original condition, still wearing the livery used by Steve Hislop at Macau in ’89.

Bonhams estimate that it’ll sell for between £25,000 and £35,000 when it rolls across the auction block at the Spring Stafford Sale on the 22nd of April. If you’d like to read more about it or register to bid you can click here to view the listing. 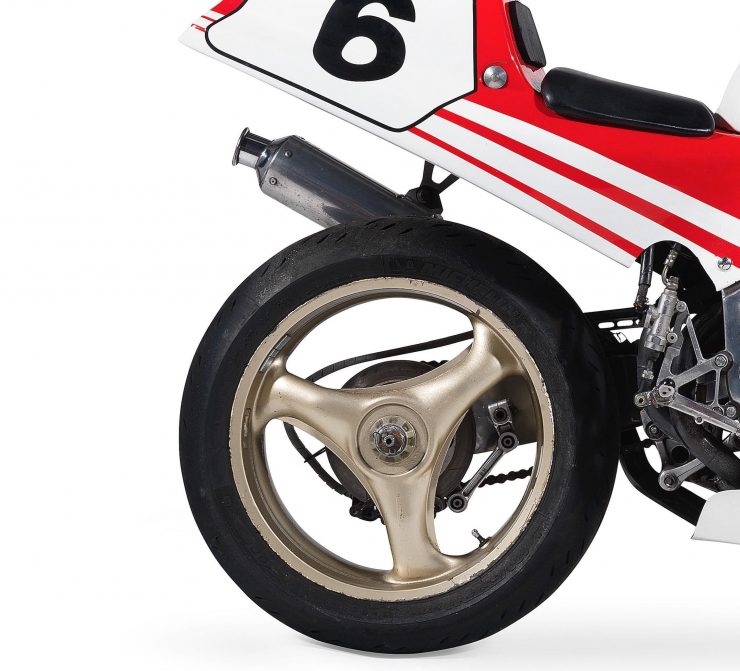 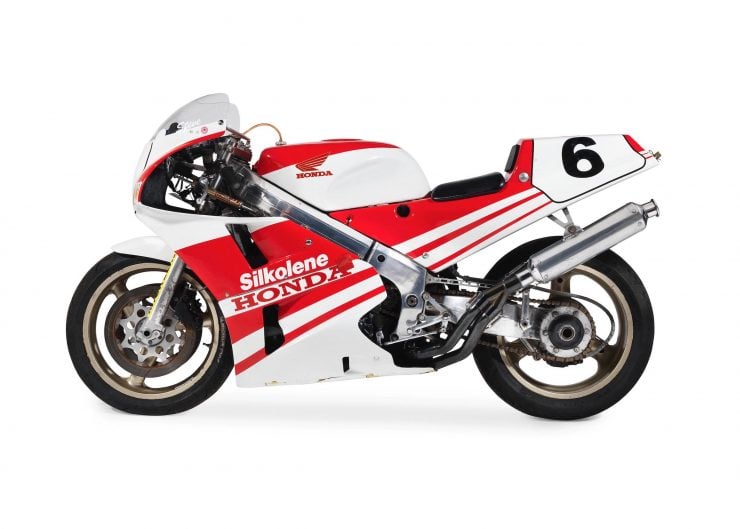 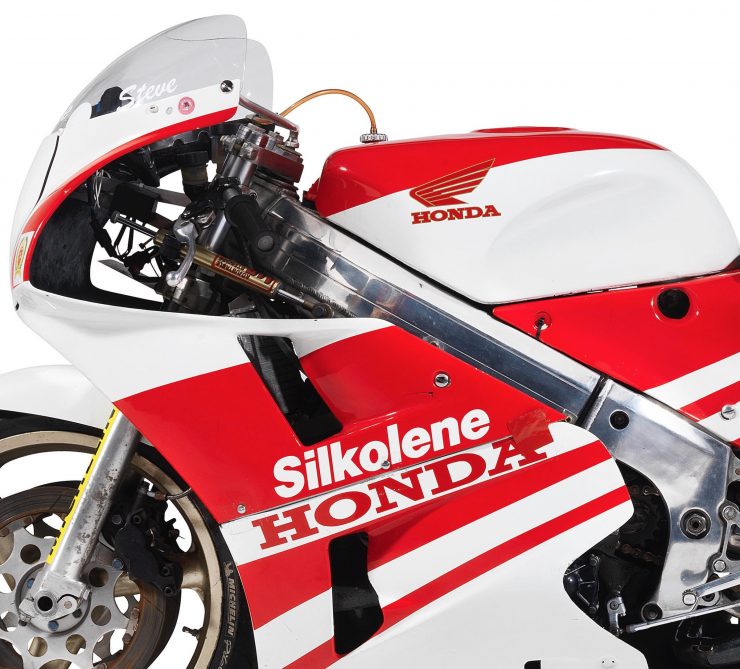 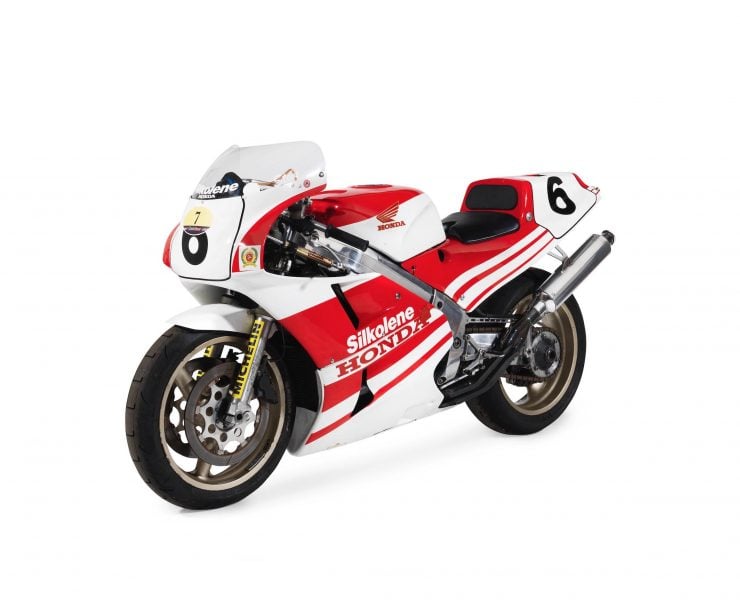 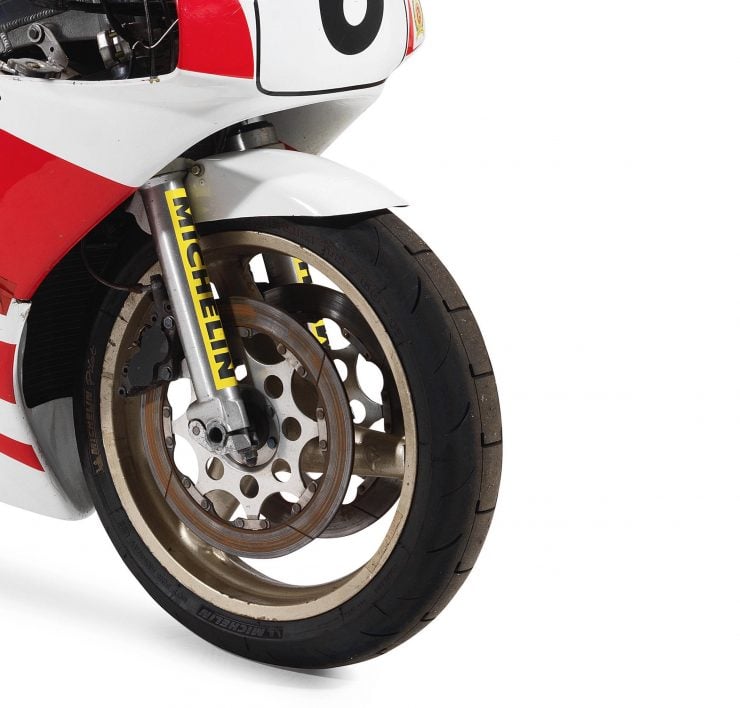 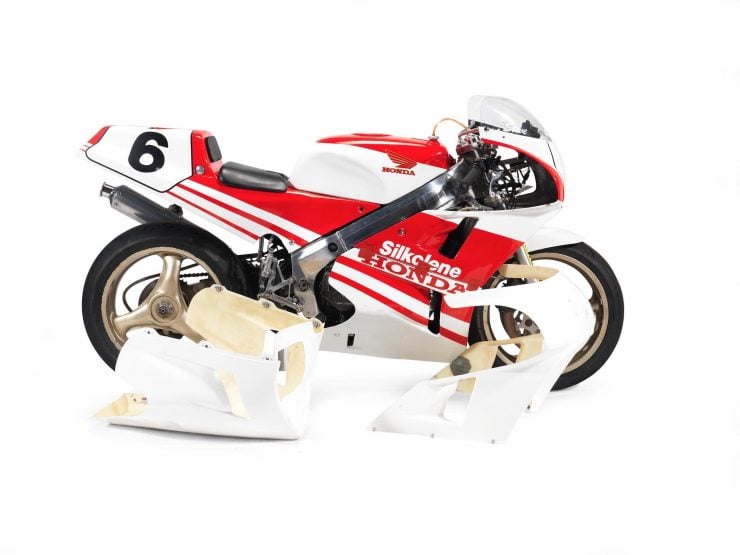 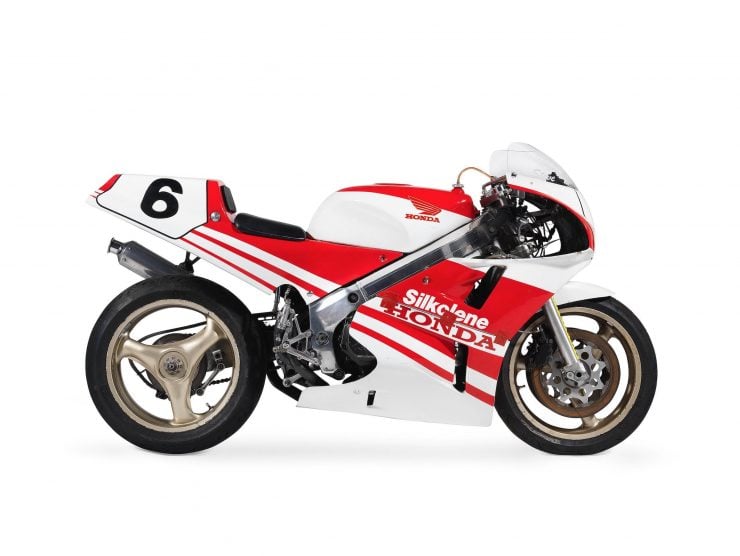 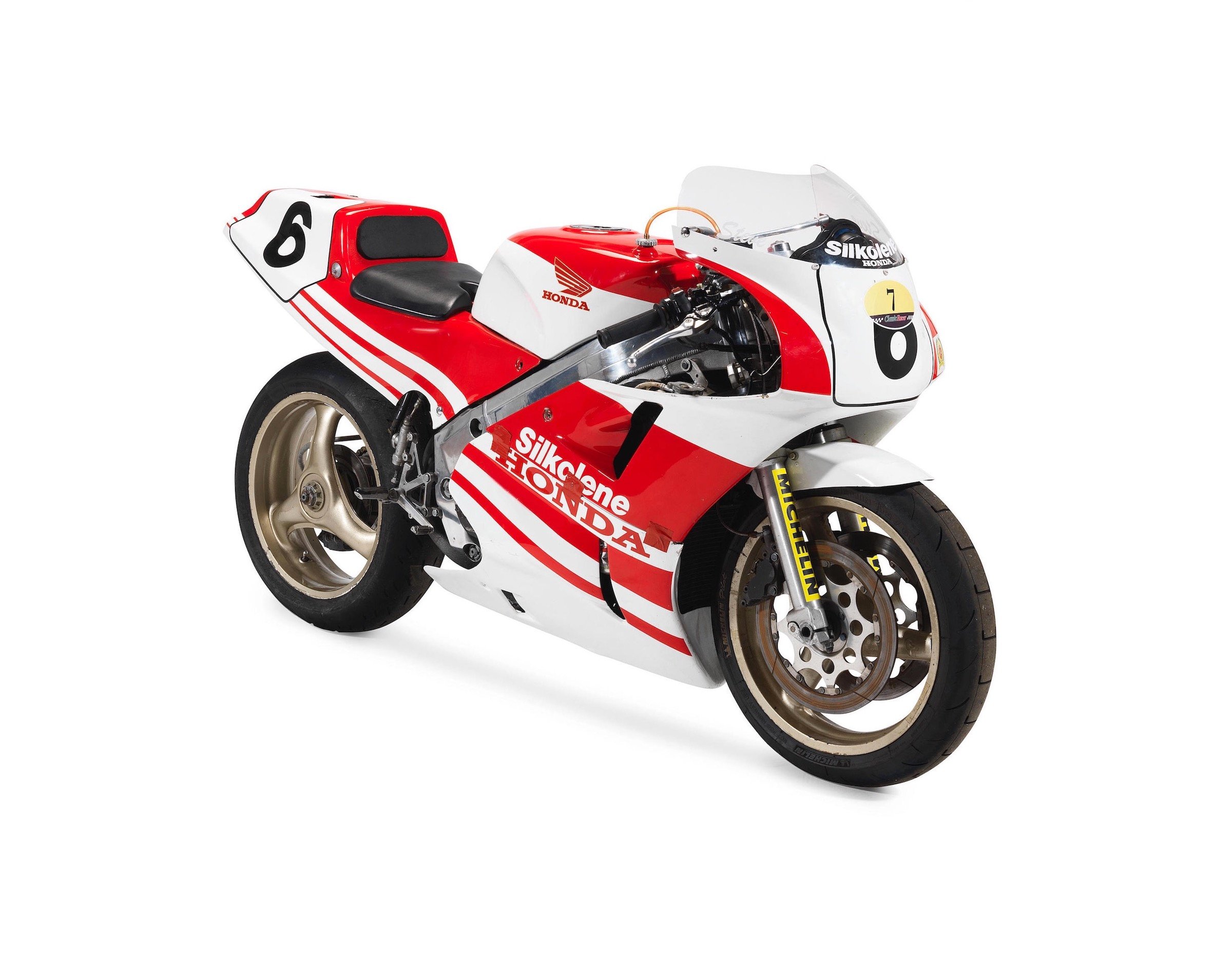