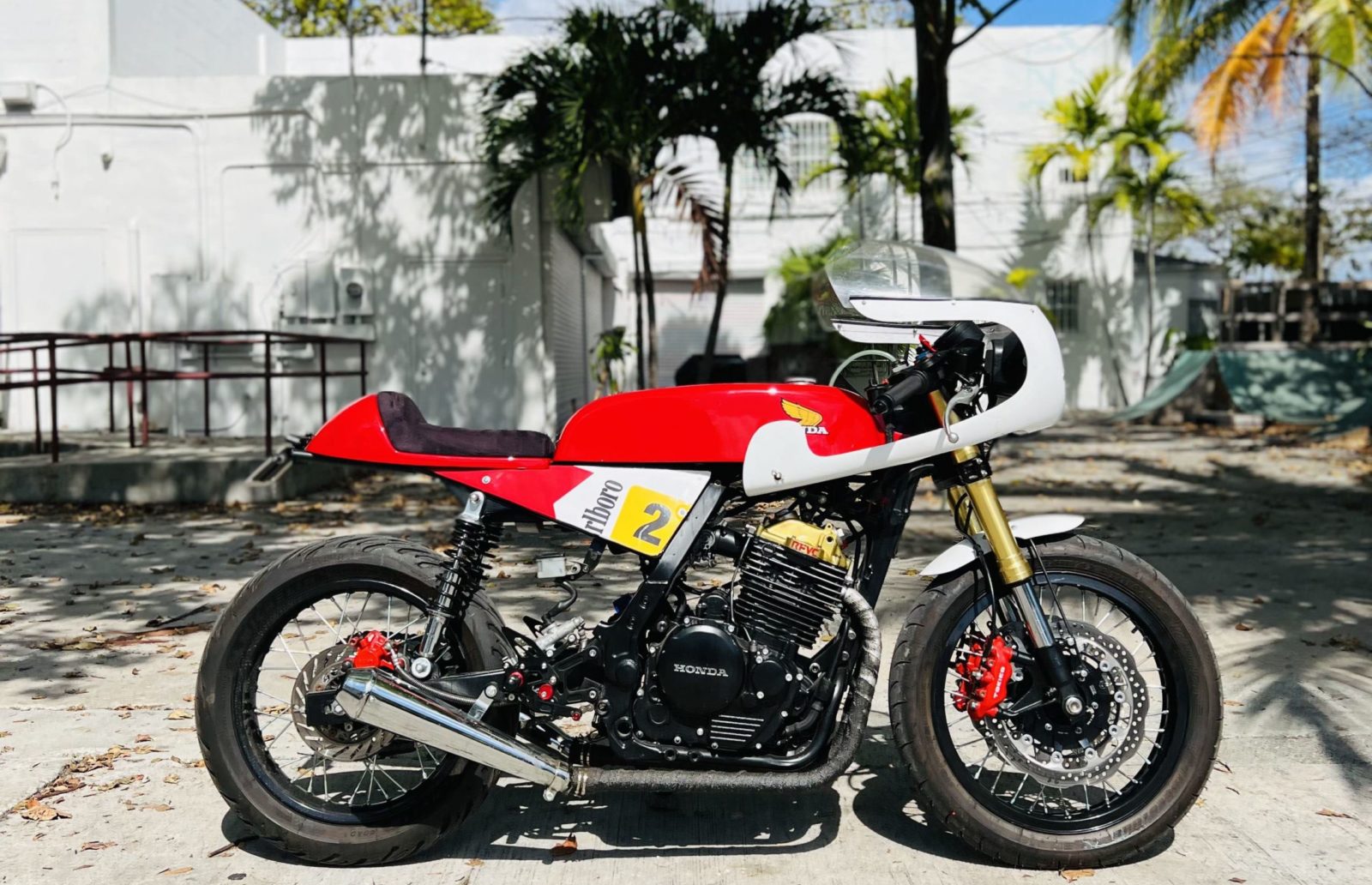 This is the new Honda NX650 Racer from the team over at Petrology, as the name suggests its based on an NX650 Dominator which is a bit of an unusual starting point for any road-based sport bike.

The reason it’s an unusual starting point is that the NX650 Dominator is originally a dual sport bike, a motorcycle designed to be equally capable both on road and off, with more suspension travel, more ground clearance, and a more upright riding position.

When it was released in 1988 in the United States and Europe the reception by the riders in each region couldn’t have been more different. While the Americans viewed the new model with relatively little interest the Europeans couldn’t buy enough of them. 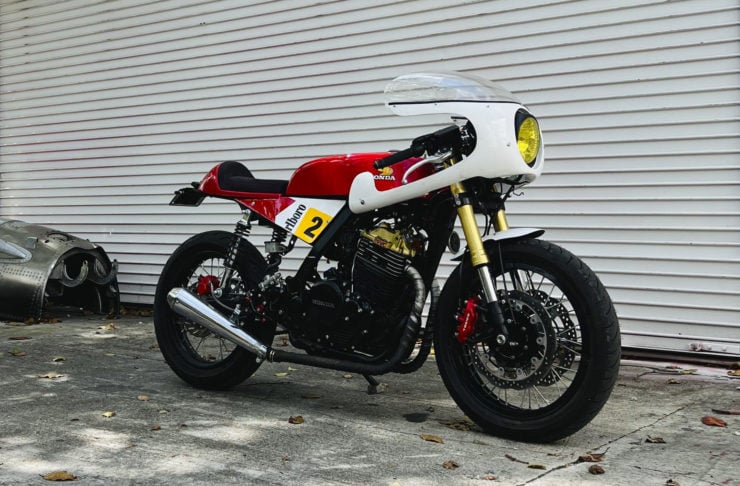 This NX650 looks almost nothing like the tall dual sport motorcycle it started out as, it has all-new front and rear suspension, new bodywork, and new brakes.

Though it was intended as a dual sport motorcycle they seemed to largely be used by commuters who loved the high, upright riding position which afforded excellent visibility and views over the surrounding traffic.

The punchy single-cylinder engine made it ideal for lower speed urban riding however the 5-speed gearbox hand legs plenty long enough for use on highways when required.

Due to poor sales the NX650 was pulled from the Honda catalogue in the USA after 1990, it would remain very much front and center in Europe however, selling until 2003 with a number of updates over that time to keep the bike relevant.

The engine was so well-engineered they were known to last well over 100,000 miles between rebuilds, and a version of the 650 single is still in production today on the Honda XR650L.

The NX650 was powered by one of Honda’s most enduring motorcycle engines. It’s a 650cc single-cylinder with unit construction and a 5-speed gearbox. 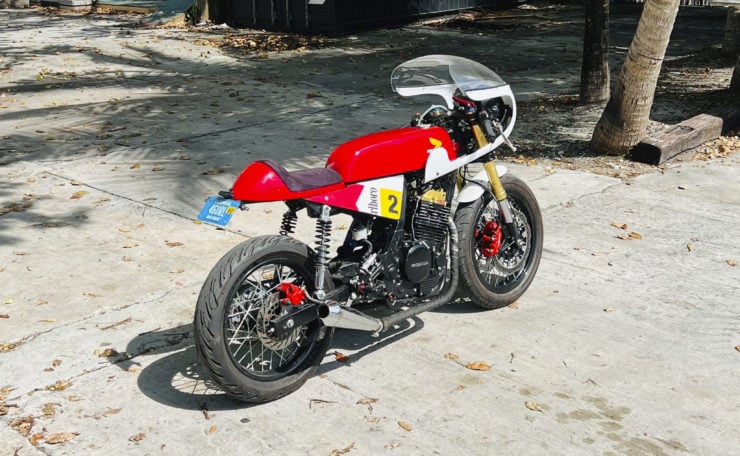 The styling of this custom has been significant influenced by the 1966 Honda RC166.

A single chain-driven overhead cam powers four-valves using Honda’s proprietary RVFC system, this stands for “Radial Four Valve Combustion” and it tells you that the four valves are arranged so that they are splayed radially away from the bore’s axis, creating a hemispherical combustion chamber.

As with almost all big singles, the NX650 produces gobs of torque from relatively low in the rev range – depending on model year the bike can make up to 53 lb ft of torque with 44 bhp at 6,000 rpm.

The NX650 tips the scales at 335 lbs dry or 370 lbs wet, and it has a relatively high 34 inch seat height. The engine has a dry sump design to maximize ground clearance, with the oil being carried in the backbone of the frame.

When it was offered for sale in the late 1980s the price (adjusted for inflation) was in the $7,000 USD range, making it excellent value in the eyes of many. Interestingly this is almost exactly the same sticker price as the 2023 Honda XR650L, which uses essentially the same engine.

The Honda NX650 Racer by Petrology

Petrology are no newcomers to the world of the NX650 Dominator, they’ve built two custom motorcycles based on the model already, and this new one is their third. 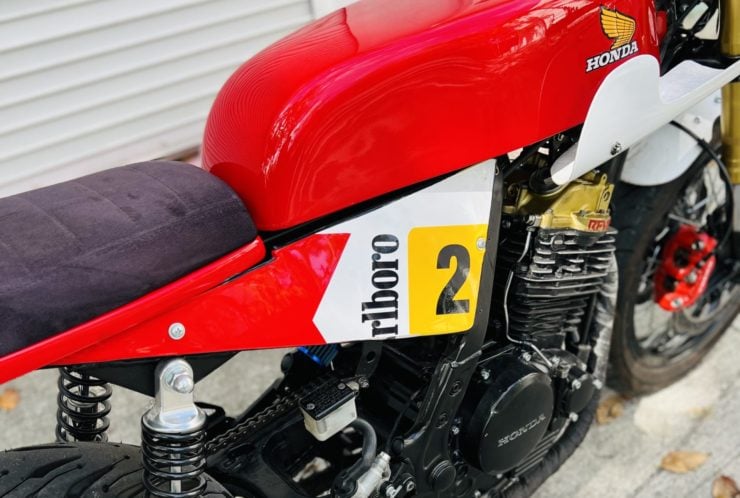 Power is provided by a single-cylinder 650cc SOHC four-valve engine with a built in 5-speed transmission, producing 44 bhp and 53 lb ft of torque.

Large-capacity single cylinder motorcycles were among the most successful race bikes in the world back in the mid-20th century. Many, if not most, were built by the Brits and they became a dominant force in both grand prix and road racing competition.

Twin wrapped exhausts feed out into individual rear silencers that were chosen to allow better flow and more power than the originals.

A new fuel tank, seat, and half fairing have been added in place of the originals, with care taken to get the color scheme just right.

If you’d like to read more about this custom motorcycle or enquire about having Petrology build one for you, you can visit their website here. 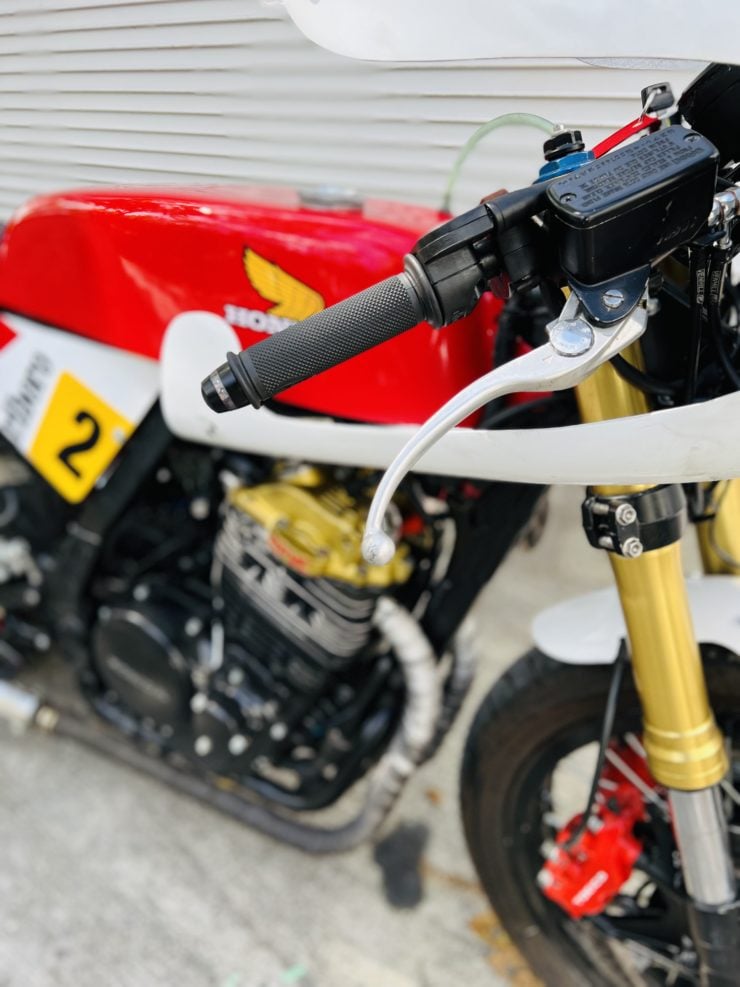 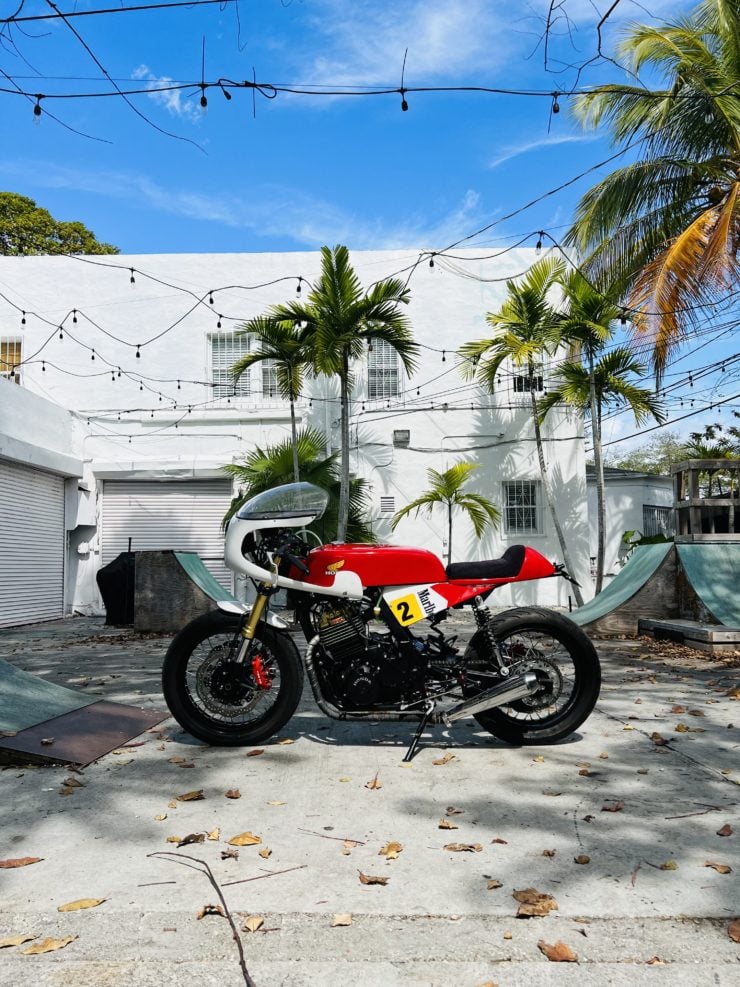 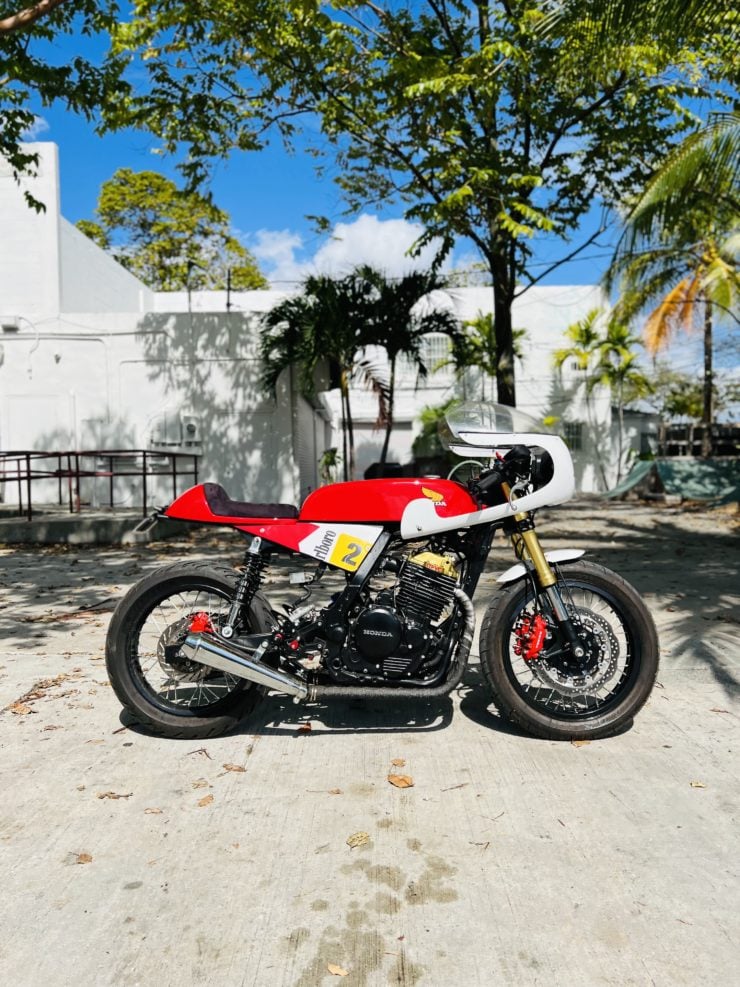 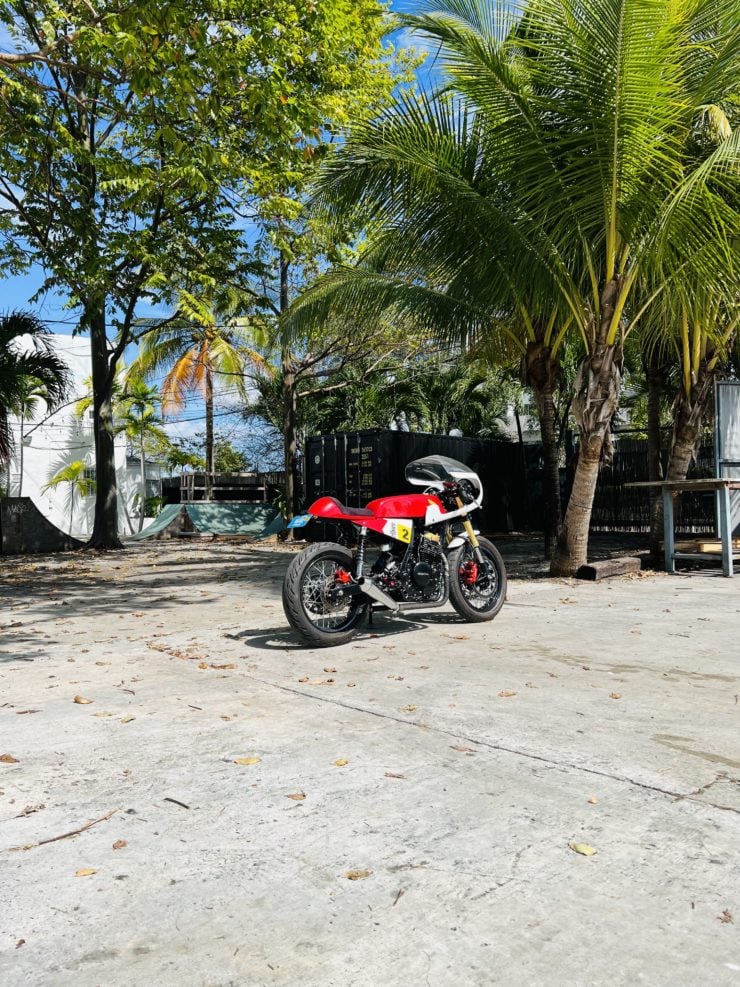 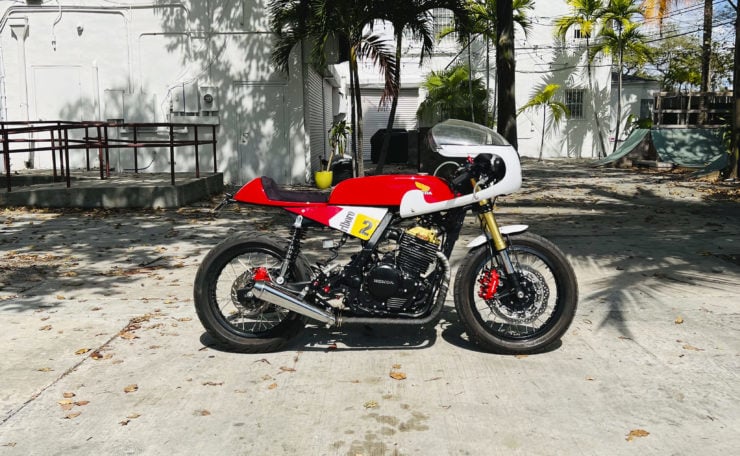 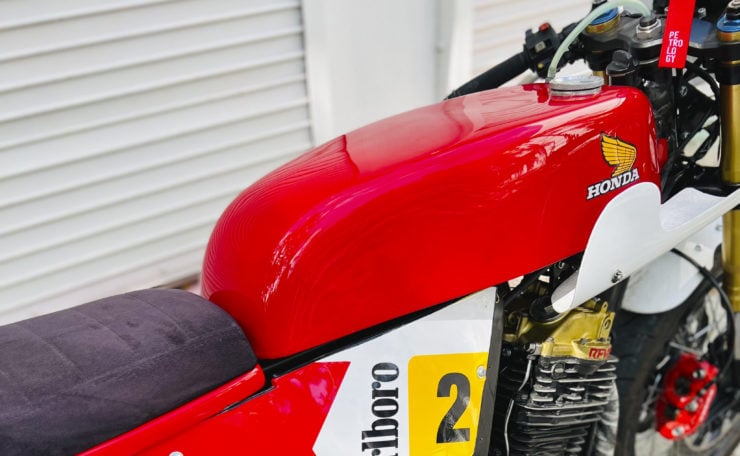 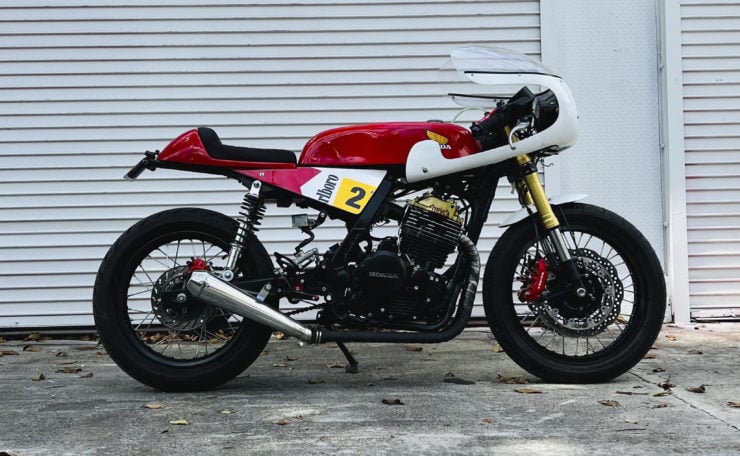 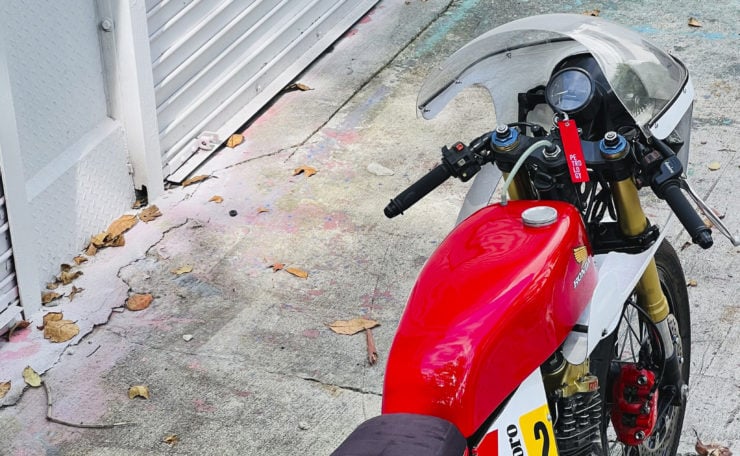 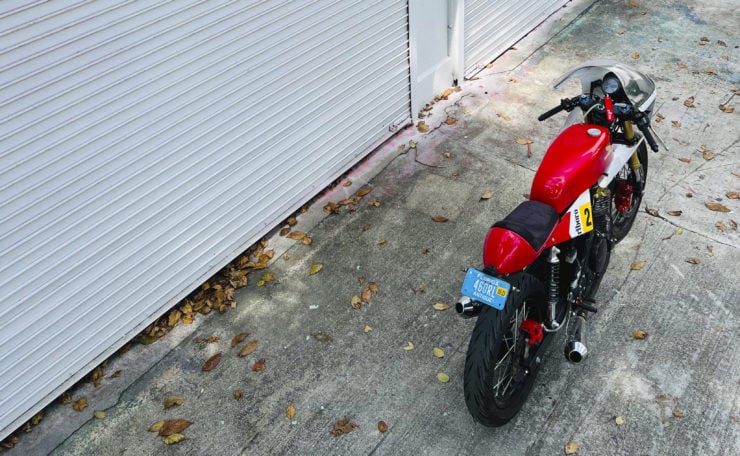 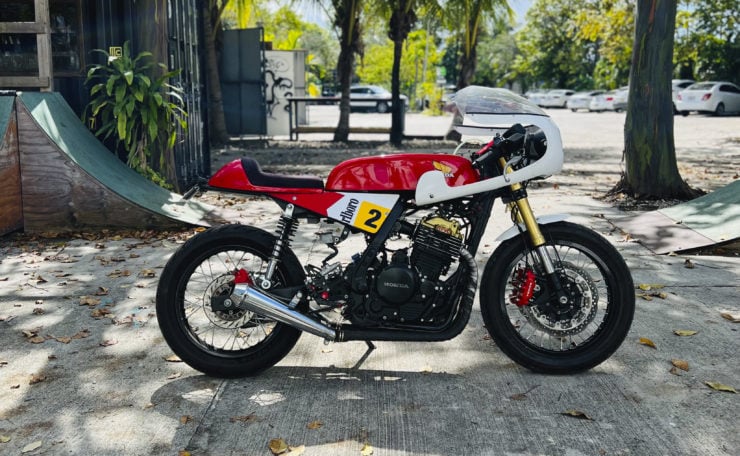