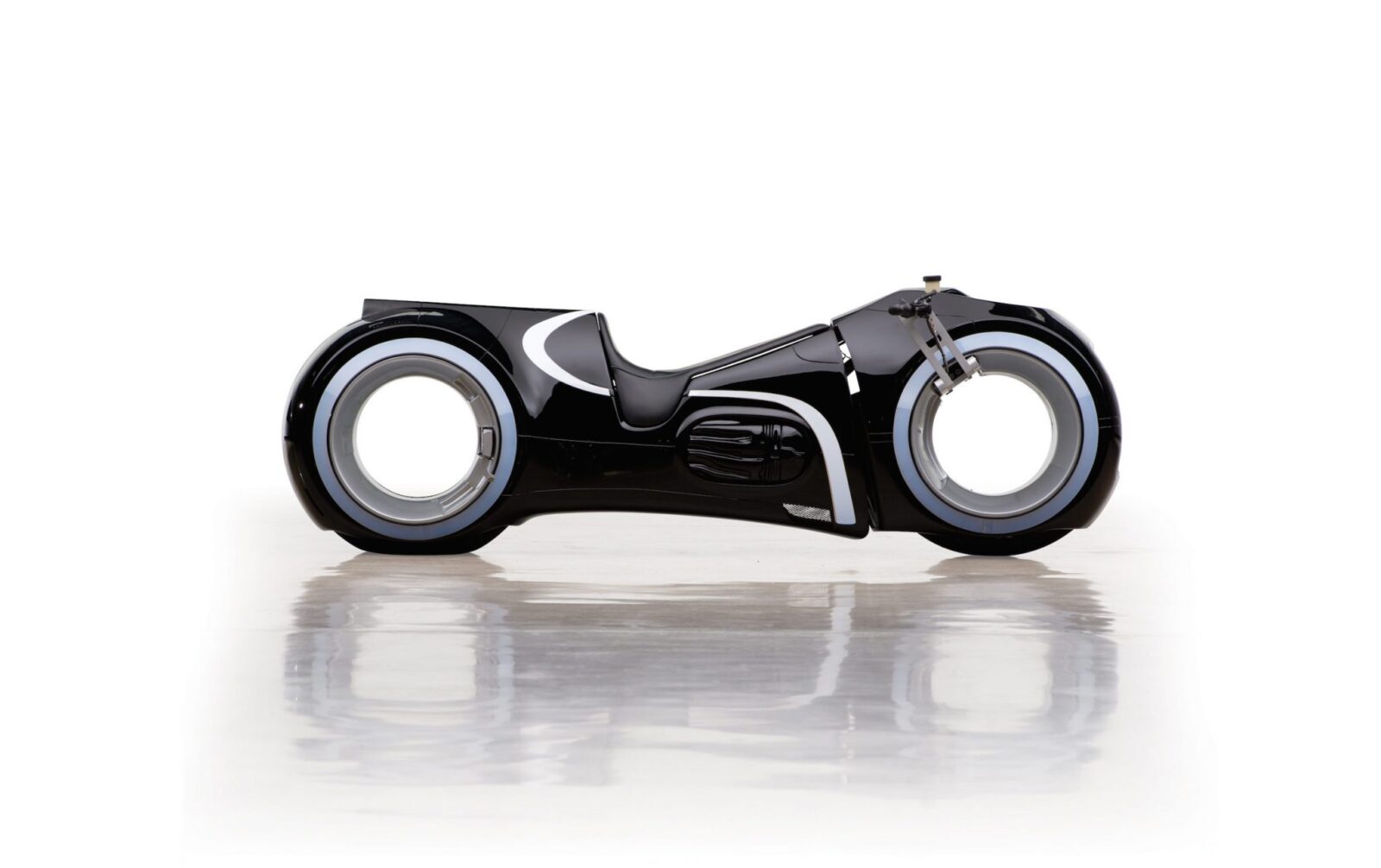 When it comes to motorcycles on the silver screen, there are very few bikes more famous than the Tron Light Cycle. It first made its appearance in the original 1982 film, and was then reprised for the 2010 sequel – lodging it firmly in the minds of a new generation of fans.

In 2011, a small team of American engineers set about building a fully-functioning electric Light Cycle, although it isn’t quite as quick as the bikes in the film it does look almost identical – right down to the blue lights and impossibly wide tires.

Under the skin the Light Cycle is powered by a 96 volt direct drive electric motor, it has an array of lithium-ion batteries, a computer controlled throttle, rebound and compression damping with spring-preload front suspension and rigid rear suspension, and front and rear hydraulic brakes.

Those hubless wheels are thanks to engineering by Franco Sbarro, the rear wheel is powered internally by the electric motor – giving the bike a clean look with no visible chains, belts or driveshafts. If you’d like to add the Light Cycle to your collection you’ll need somewhere in the region of $40,000 USD, and you’ll need to make your way to The Andrews Collection auction due to be held by RM Sotheby’s on the 2nd of May 2015. 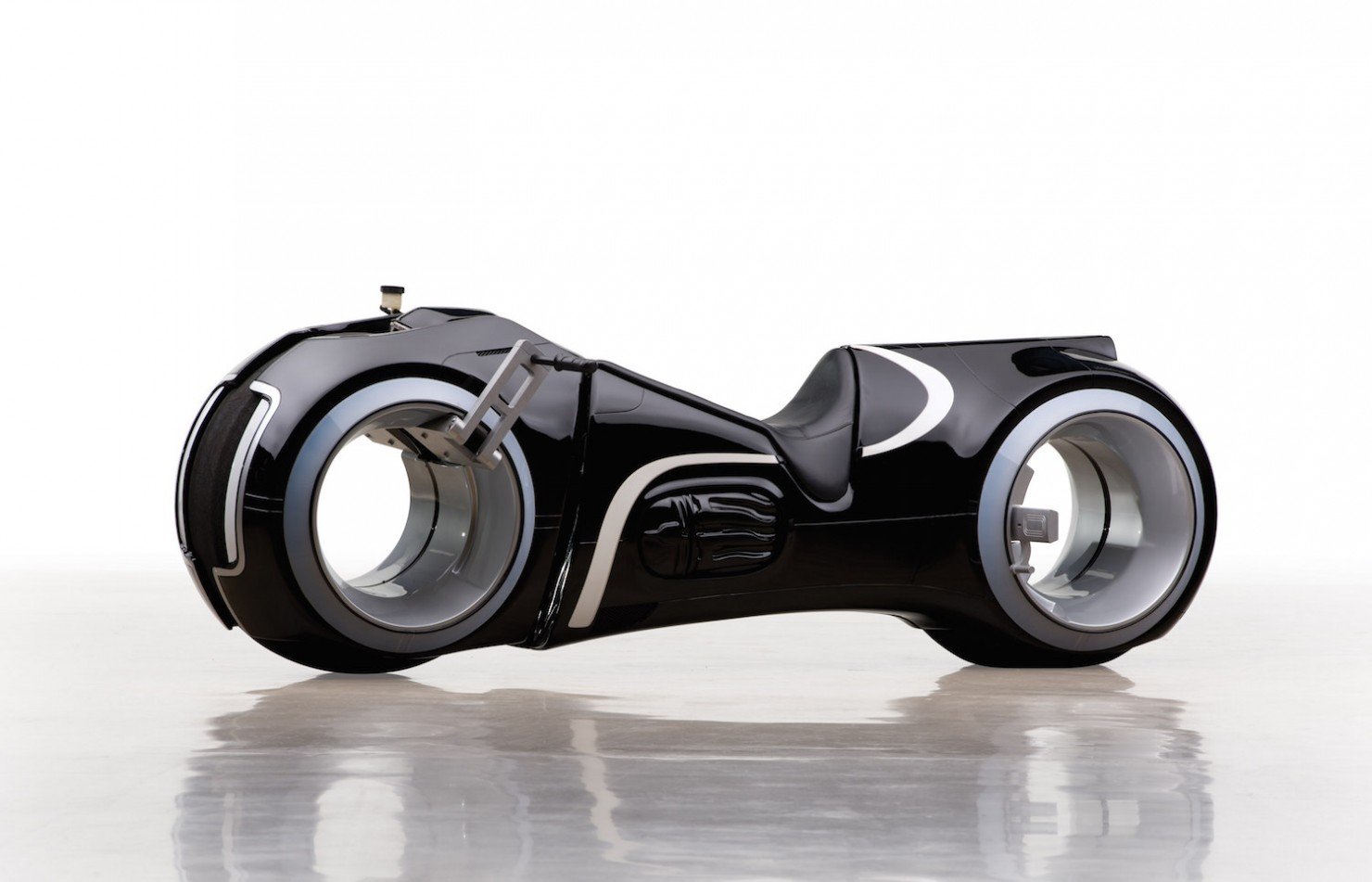 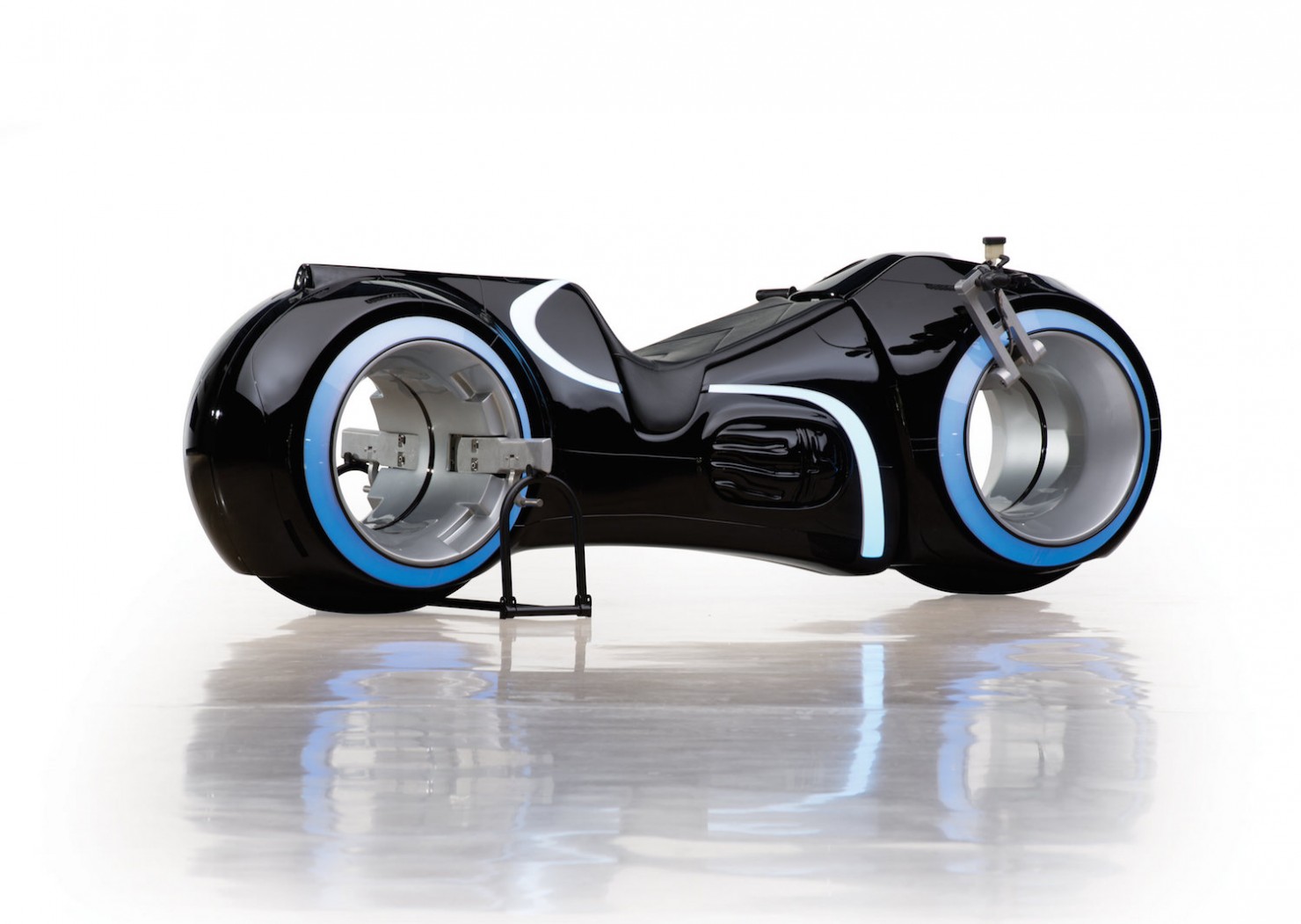 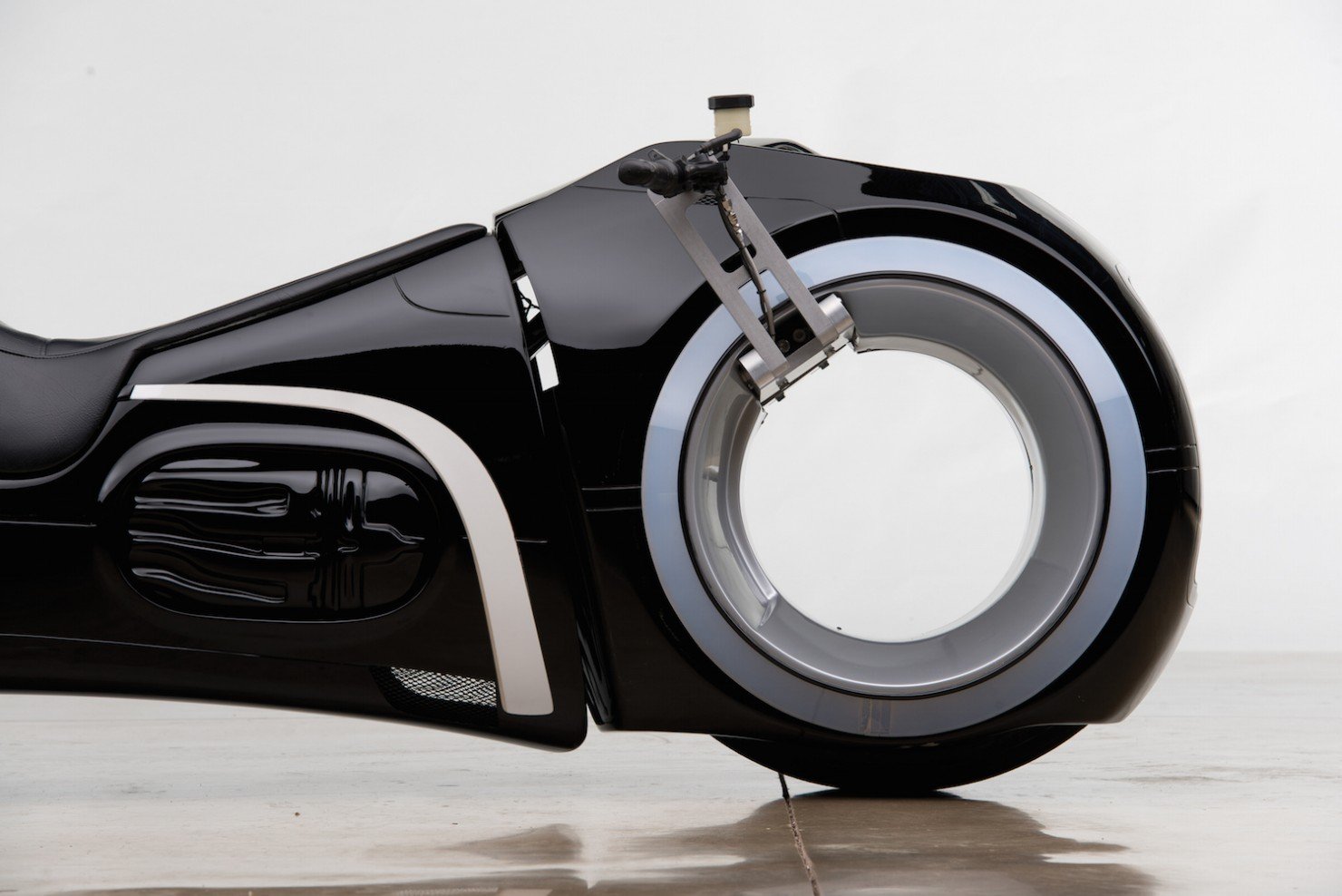 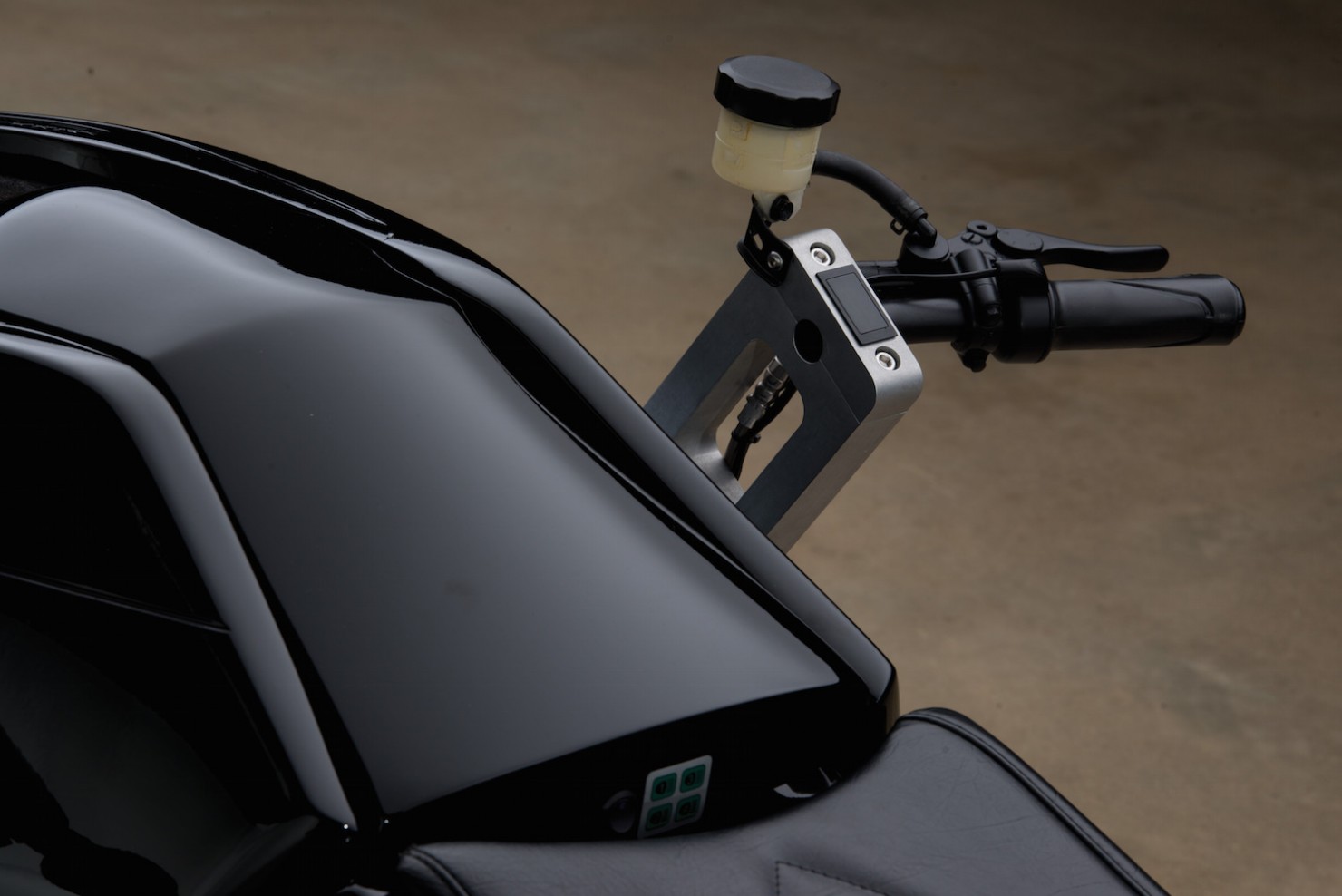 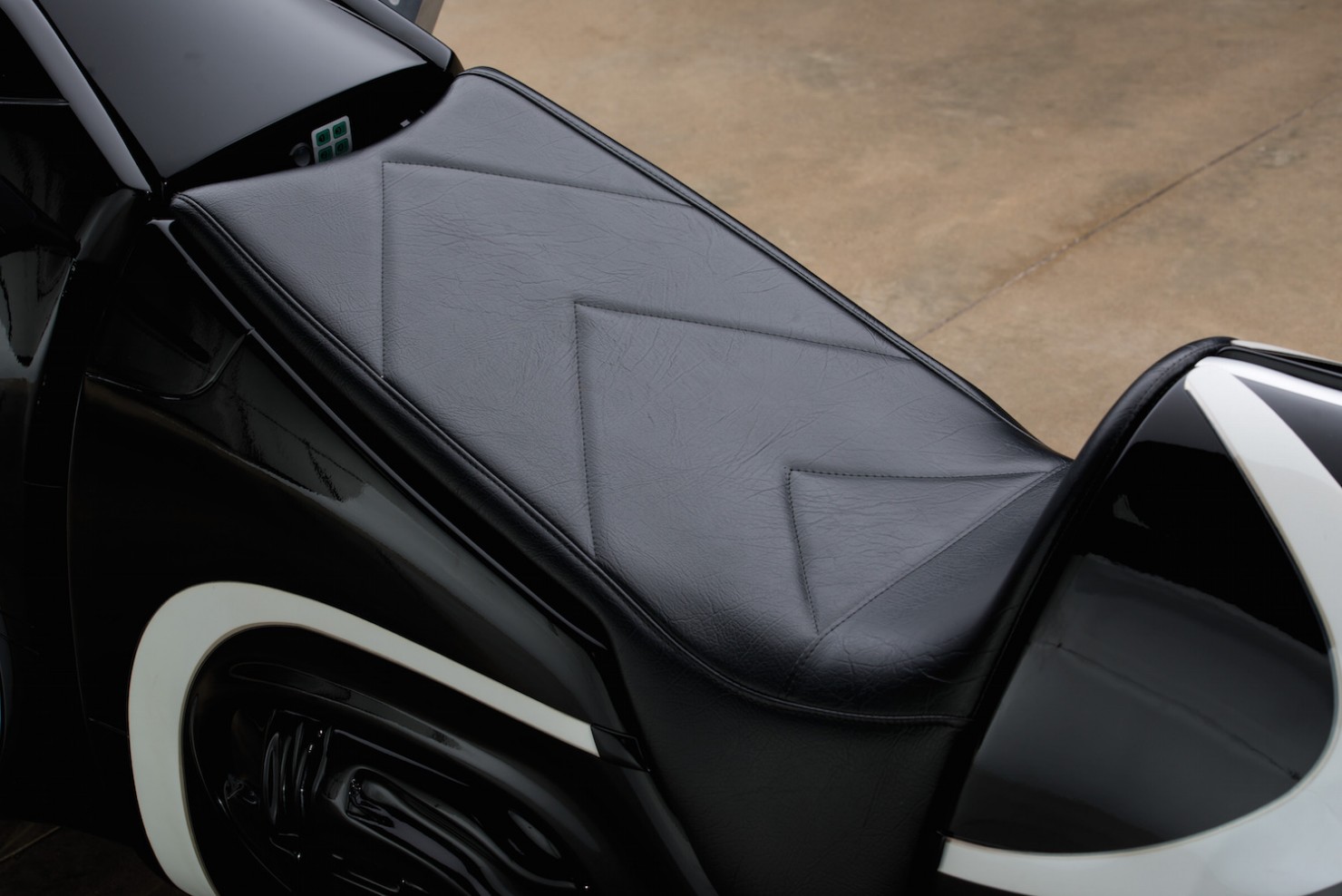 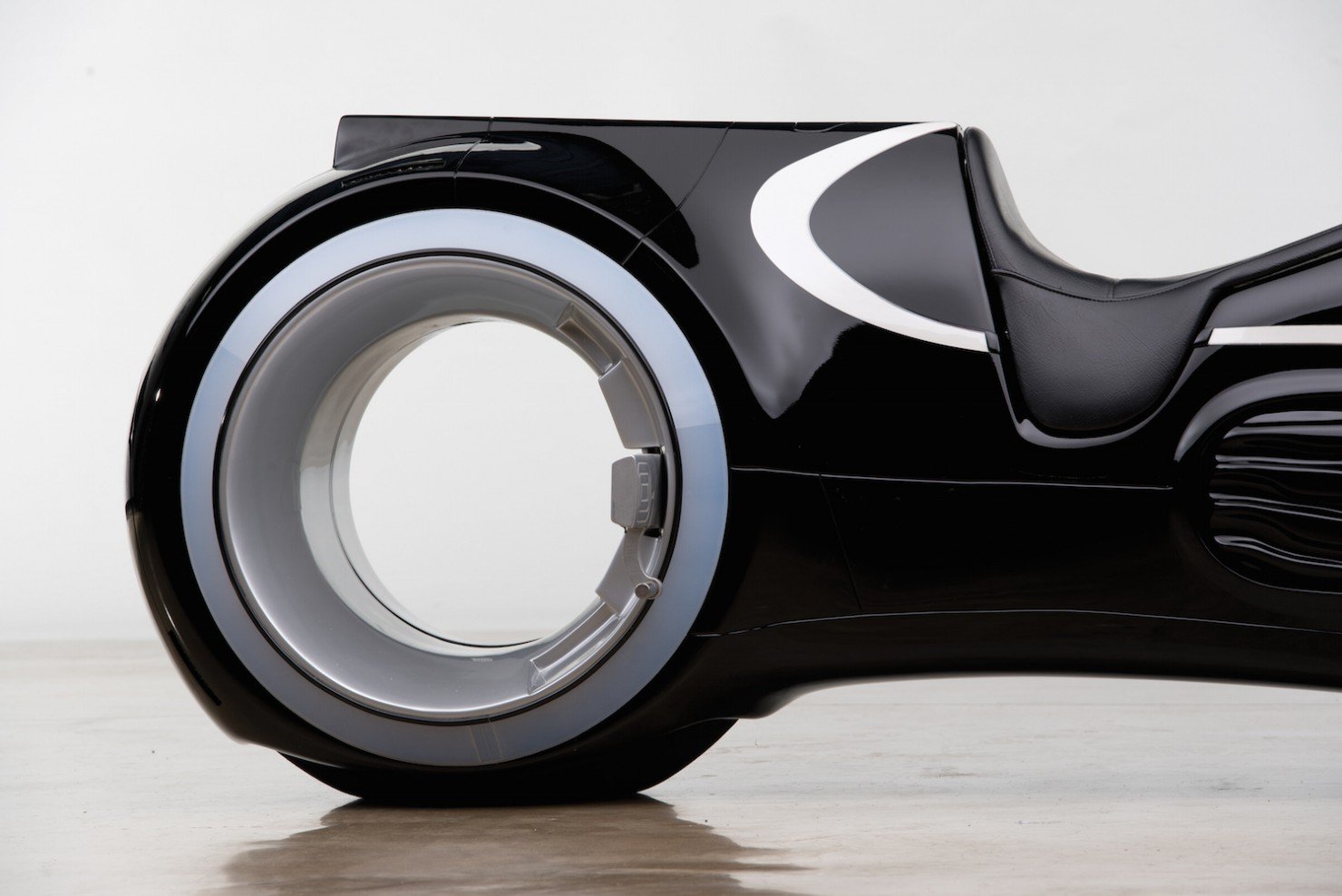 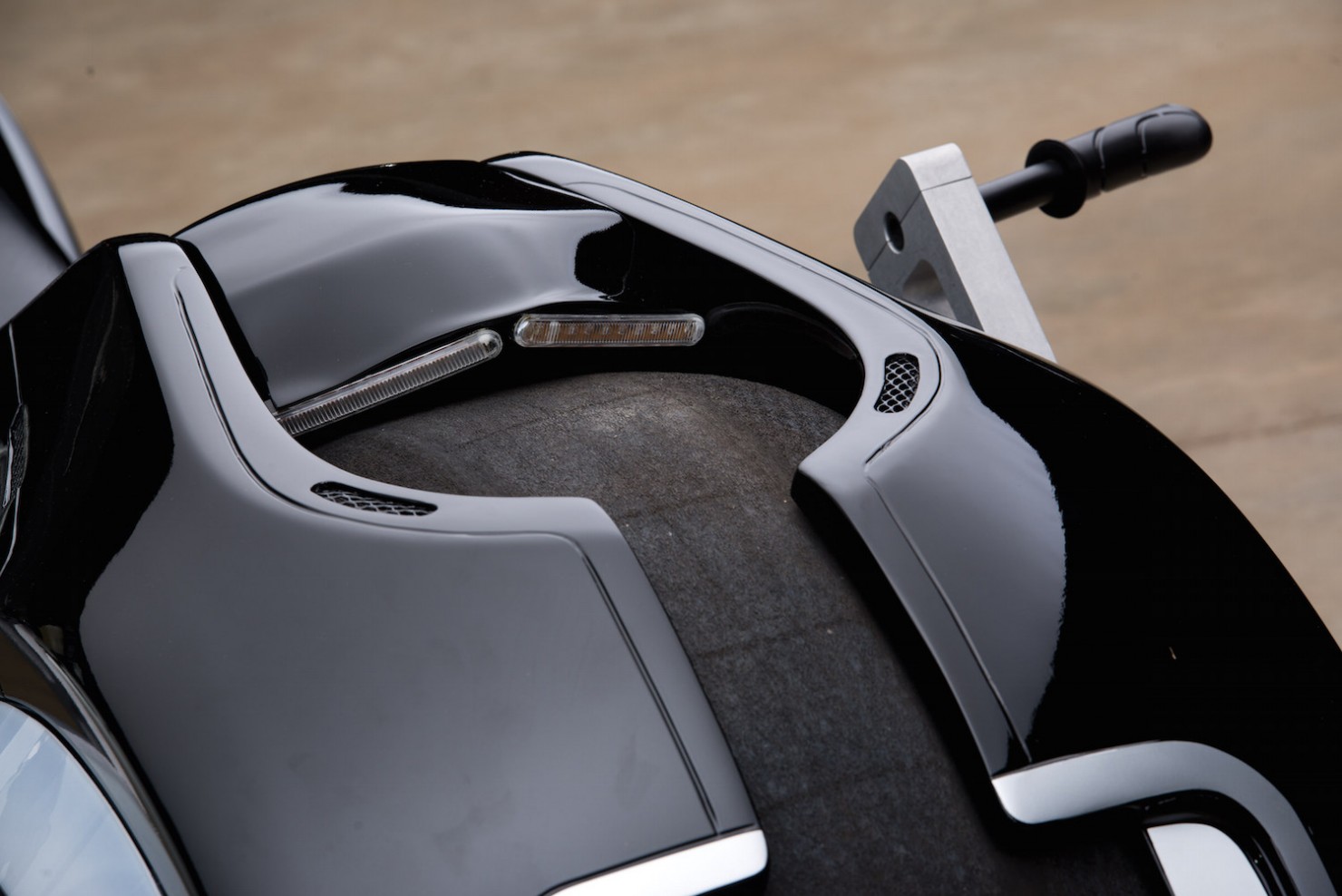 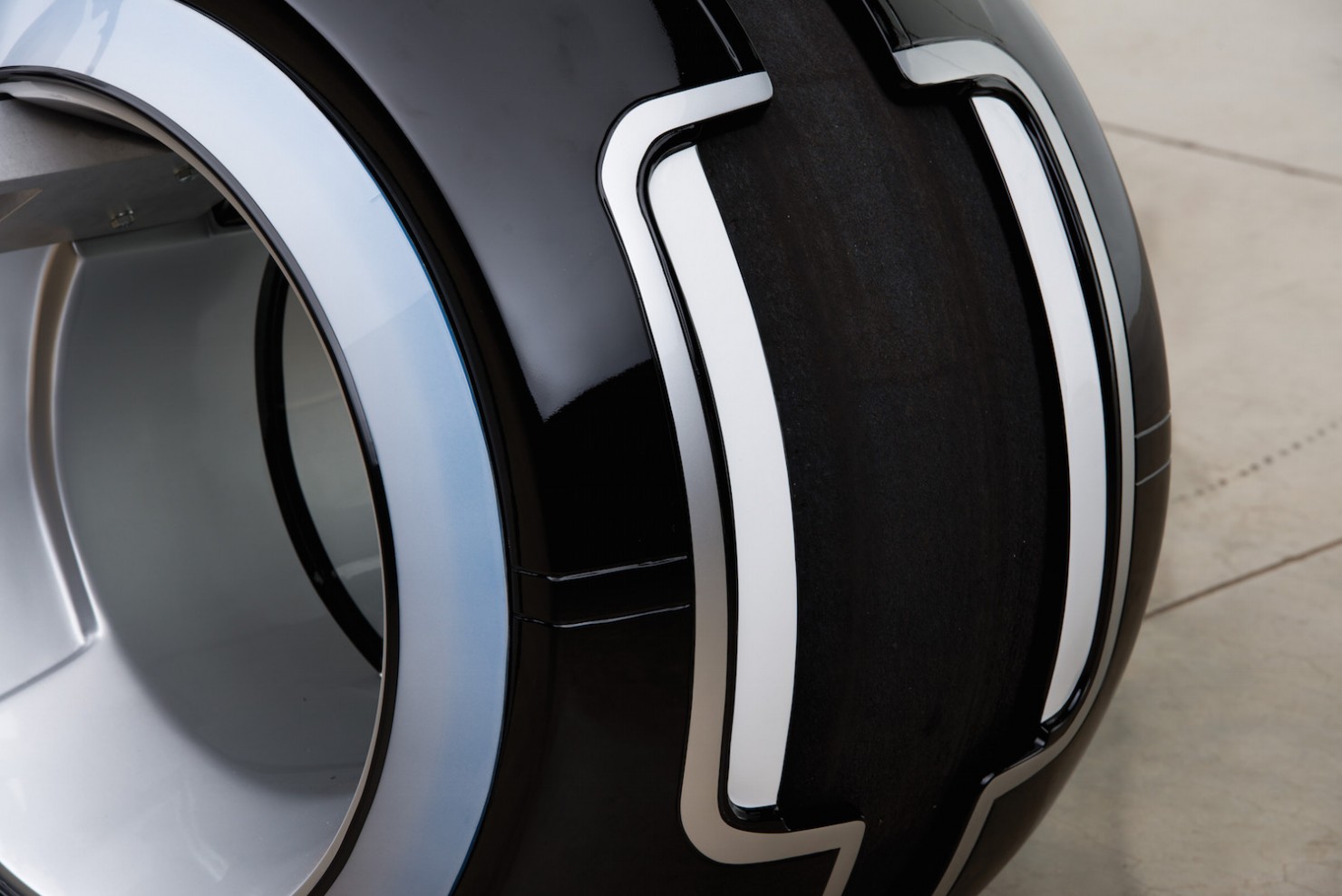 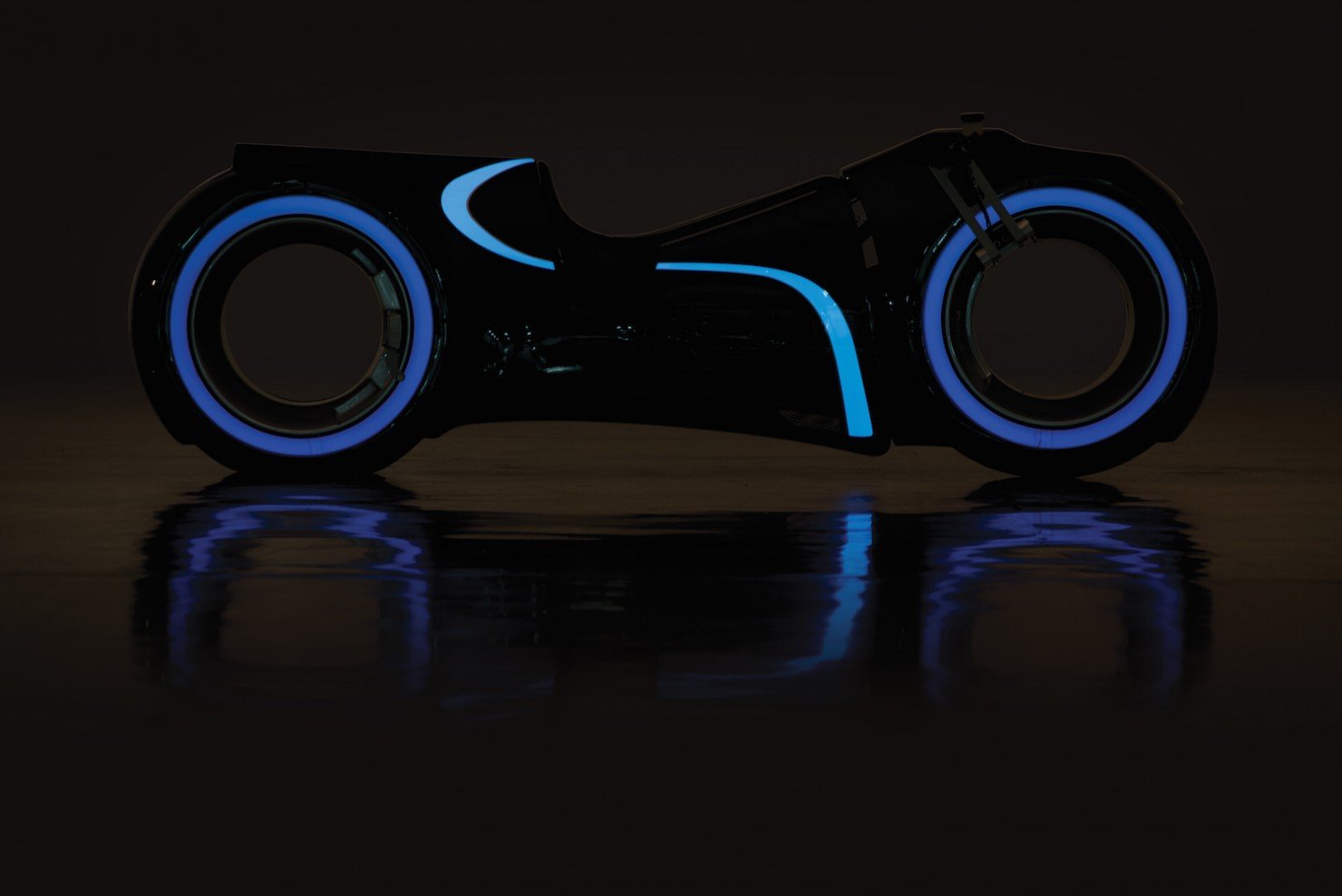 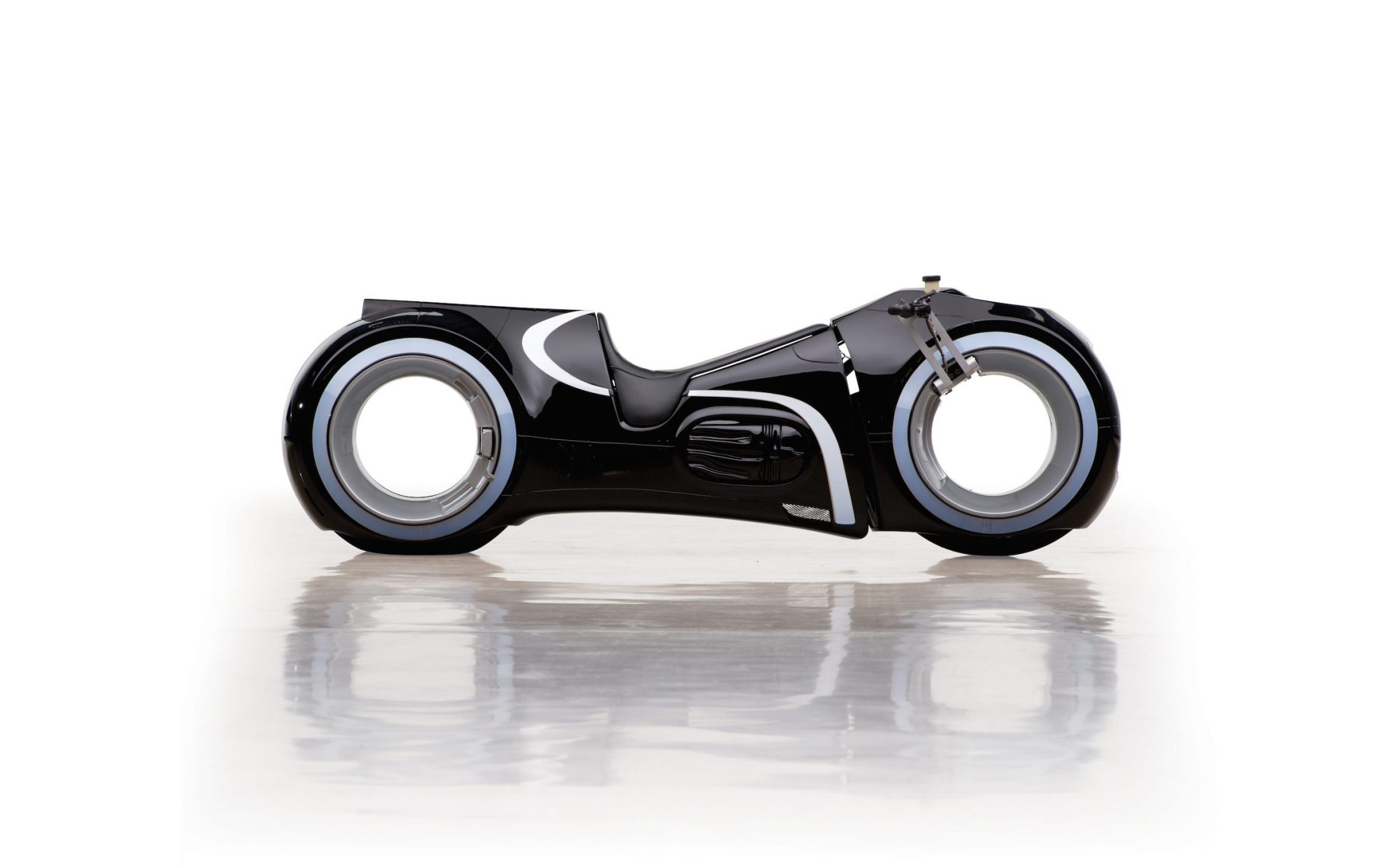 Published by Ben Branch - March 18th 2015
Related Posts
For Sale: A “Back To The Future” Spec Toyota SR5 Pickup Truck