The Revolver by Carpy 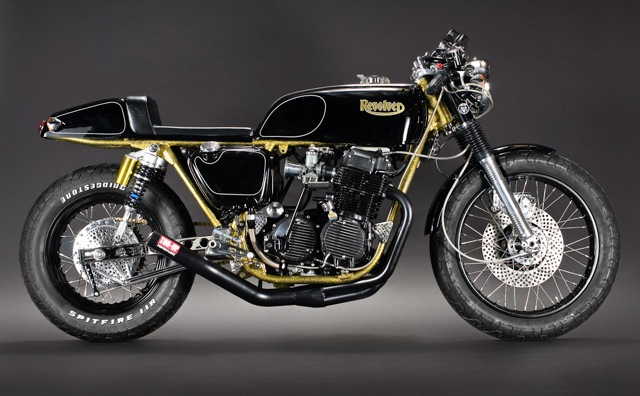 We featured another Carpy build last week, the mad-as-a-hatter Supercharged, Nitros Injected CB750 named “Koppa Kafe”, this is one of Carpy’s more classic builds, it too is based on the infamous CB750 and, interestingly, it was built for a lady.

Having started life as a 1976 Honda CB750 the bike had fallen on bad times and ended up sitting outdoors for over 20 years, 5 of which were in Carpy’s backyard. After receiving a commision for a new café racer build from an anonymous lady-racer in Australia he dragged it onto the back of his truck, then used the drive into the garage to blow the cobwebs and man-eating spiders out of the dilapidated bikes frame. 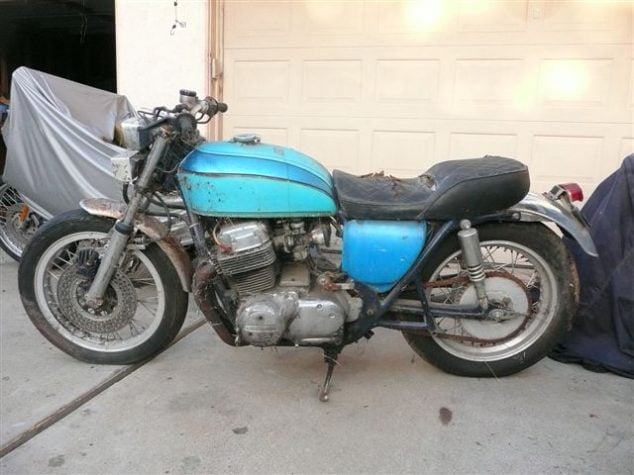 The above picture is how the build began, as you can see a hell of a lot of work was needed to get it into its current condition. 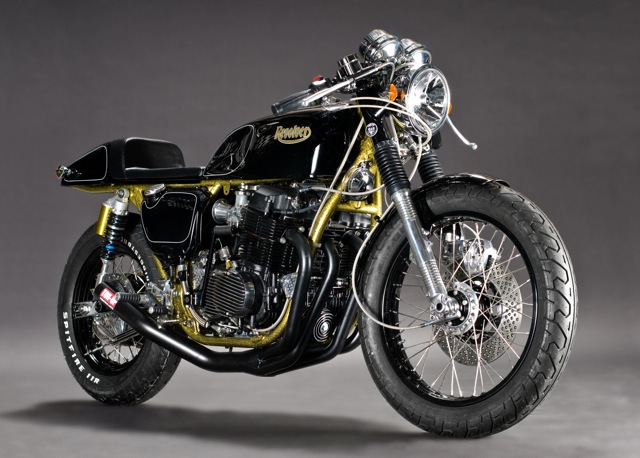 The first owner had used the bike as an amateur drag racing bike, he used to ride it to the track after work, race it all night and then ride it home. With this element of the bikes history in mind Carpy elected to infuse the racing history of the bike into its rebirth.

He added light-weight aluminium velocity stacks onto the carburettor intakes, a custom exhaust and he cross-drilled all available metal surfaces to get the bike’s weight down as low as possible. The frame was decked out with metal-flake gold paint and then clear-coated 3 times, giving it a brillaint 70s- disco-wonderland feel.

The bike is currently in a shipping container chugging its way to Australia where the new owner is waiting, somewhat impatiently, for her new ride. 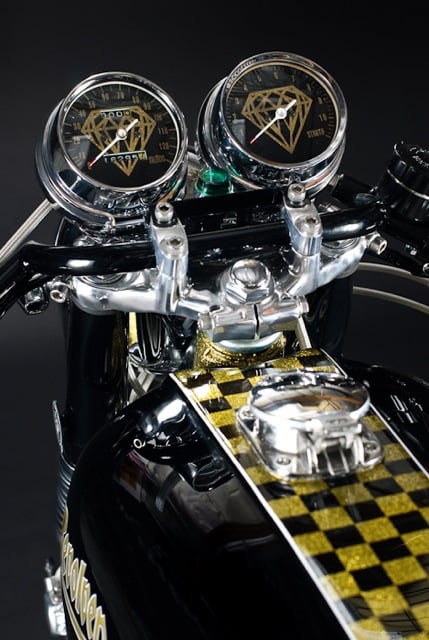 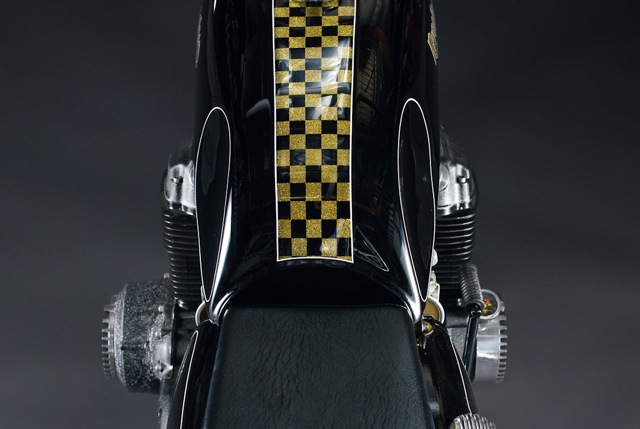 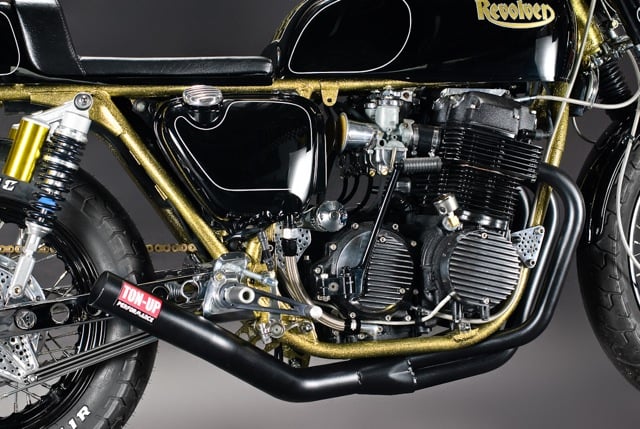 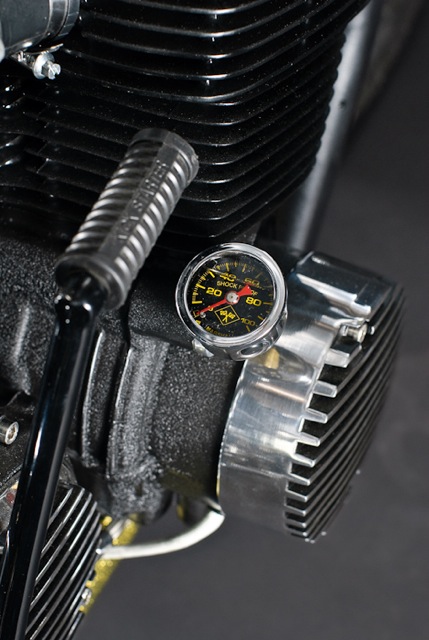 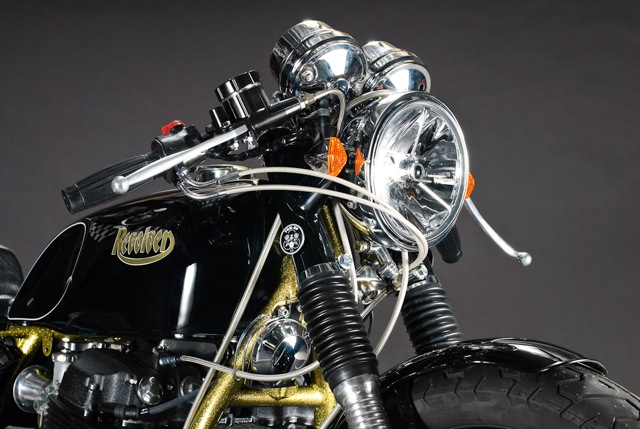 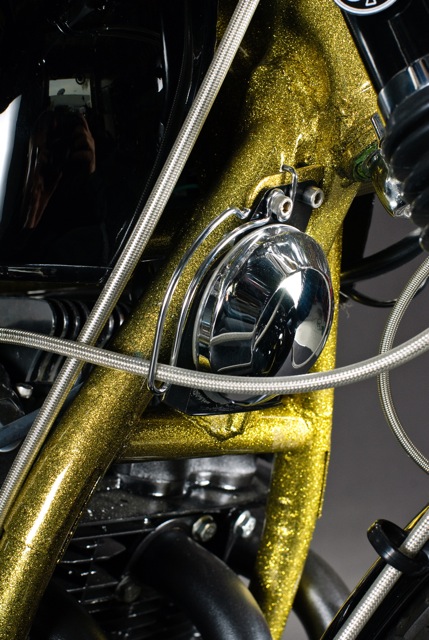 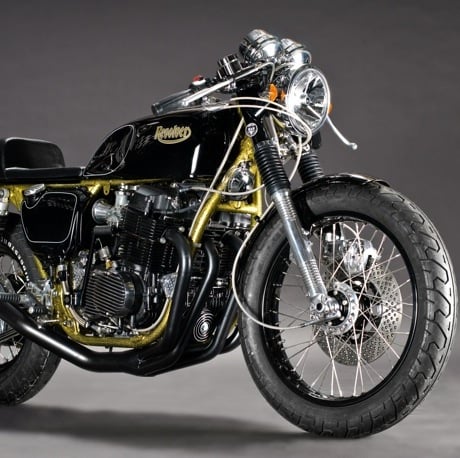