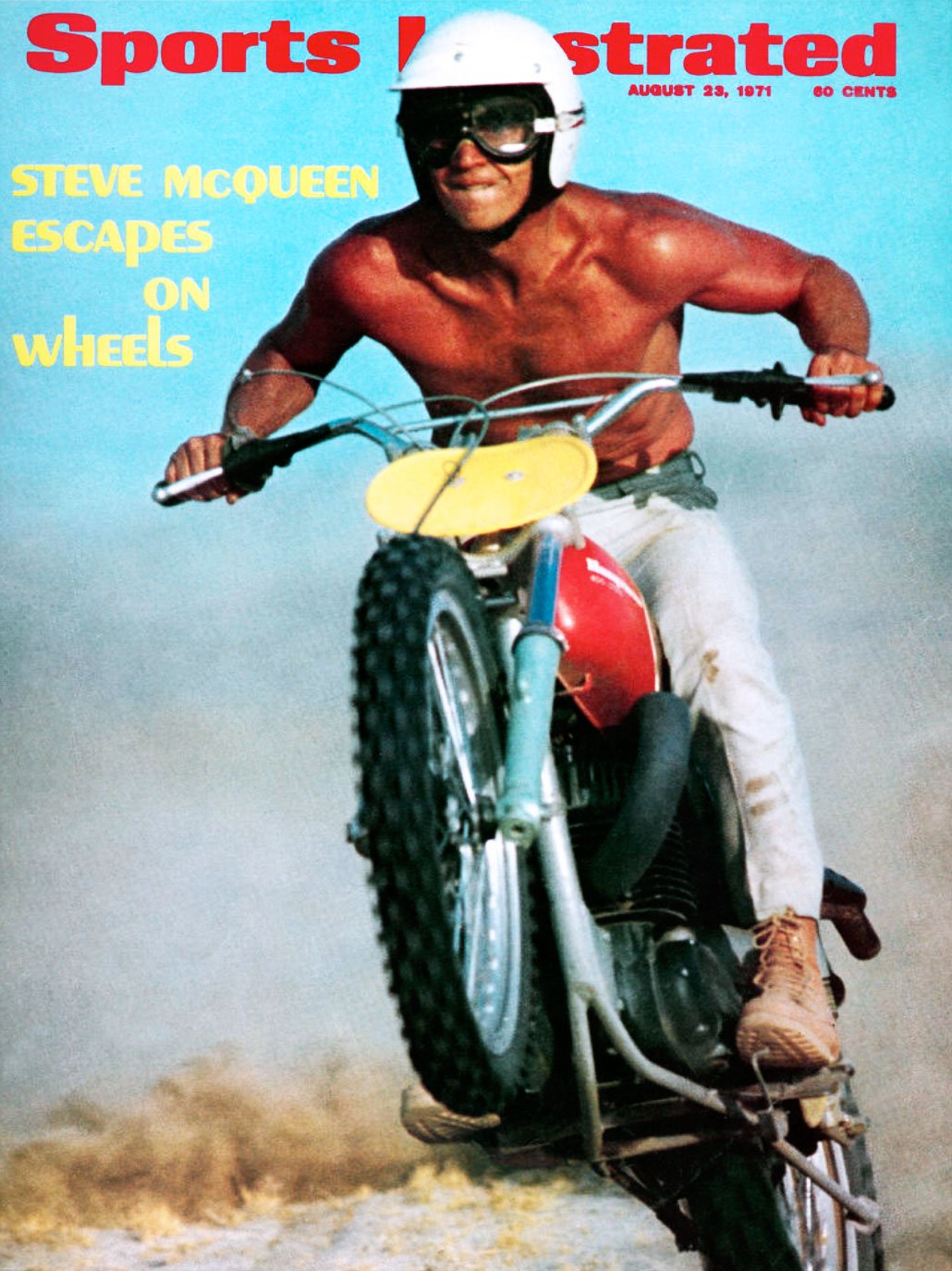 Taken from the August 1971 edition of Sports Illustrated this is one of the most famous photos of McQueen in action. The Husqvarna he’s riding was one of his favourite bike in the early to mid-70’s, one of his other favourites was the Métisse Desert Racer, Métisse recently started making them again to the exact specifications of the original, check them out here.