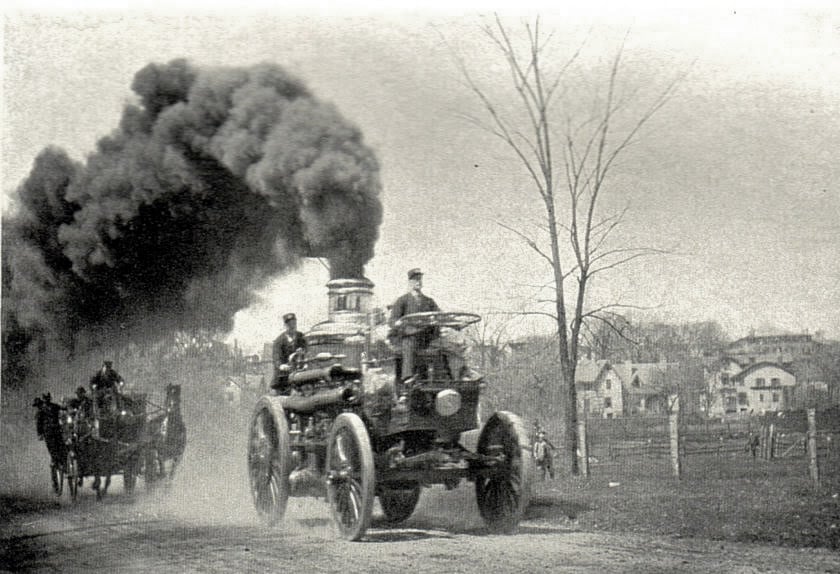 There’s something captivating about the photograph above, even though it’s a still image it still manages to somehow convey both a sense of speed and a sense of noise, even over 100 years later.

This 9 ton steam powered fire engine was a revolution it it’s day, it was built by the Amoskeag Steam Fire Engine Company of New Hampshire and cost $7,000 brand new, that was enough to buy 3 houses at the time.

Rather fantastically, the fire engine used steam power to both propel the vehicle and provide pump power to shoot water into burning buildings.

I can’t quite get over the incredible steam punkness of it all, the brass, the actual steam engine and the mechanicals involved to both drive and pump water at the same time were an engineering marvel.

The engine lives on today in a private collection, sadly they do not offer the chance to take it out for a spin. Even if you bring your own coal and ask really, really nicely. 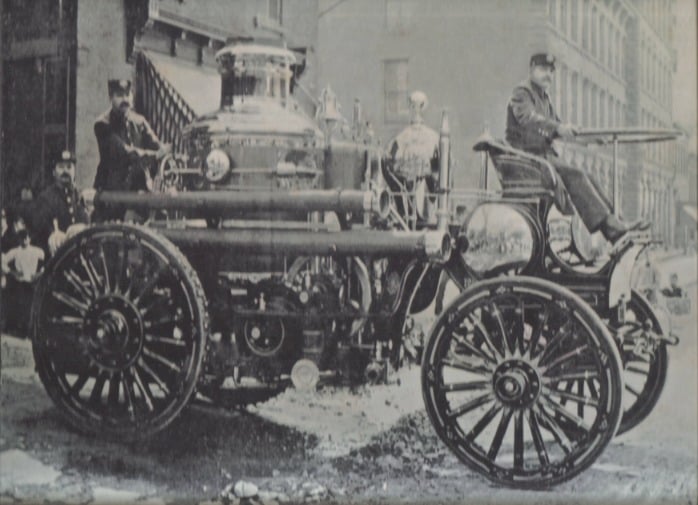 Additional information via The Old Motor