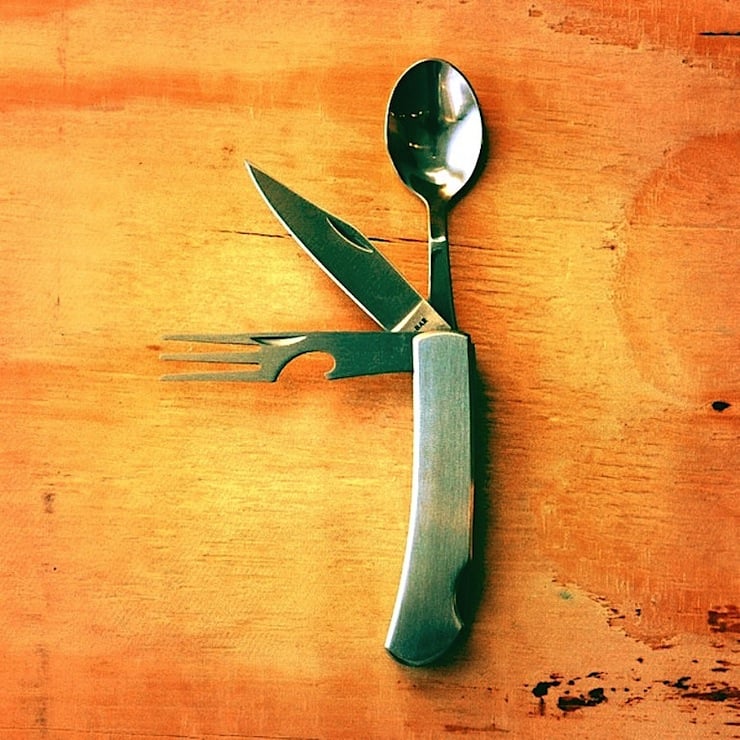 The aptly named Hobo 3-in-1 Utensil Kit is one of those useful little items designed to reduce weight whilst camping, or traversing the continental USA illegally aboard cargo trains.

It has a stainless steel knife, fork, bottle opener and spoon and is built by the same people who created the standard issue US Marine Corps Fighting Knife – so I suspect that they know what they’re doing. 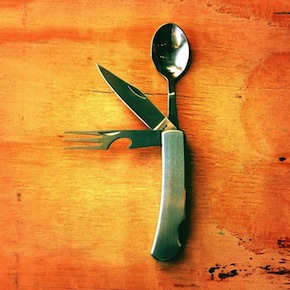