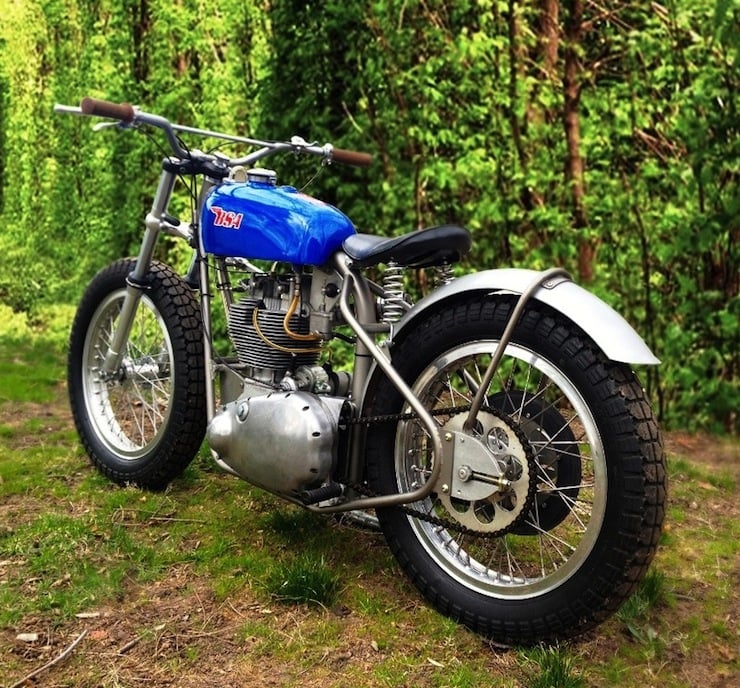 I wouldn’t usually feature a motorcycle when I don’t have a decent, front-on photograph of it.

But in this case I decided to make an exception. What you’re looking at here is a 1957 BSA Gold Star Flat Tracker with a custom Sonic Weld rigid frame, Ceriani forks, a 2-gallon alloy fuel tank, a 1 1/2″ GP carburettor, Racing Mag alloy rims, a custom exhaust, a rear disc brake and a recently rebuilt engine.

I don’t think many of you will disagree with me when I say it’s beautiful, unfortunately I can’t tell you much more about it other than the fact that it comes with a bill of sale and no road-legal papers. It’d probably be possible to toss some blinkers on it and get it road legal in most US states, but I am far from being an expert in such matters. 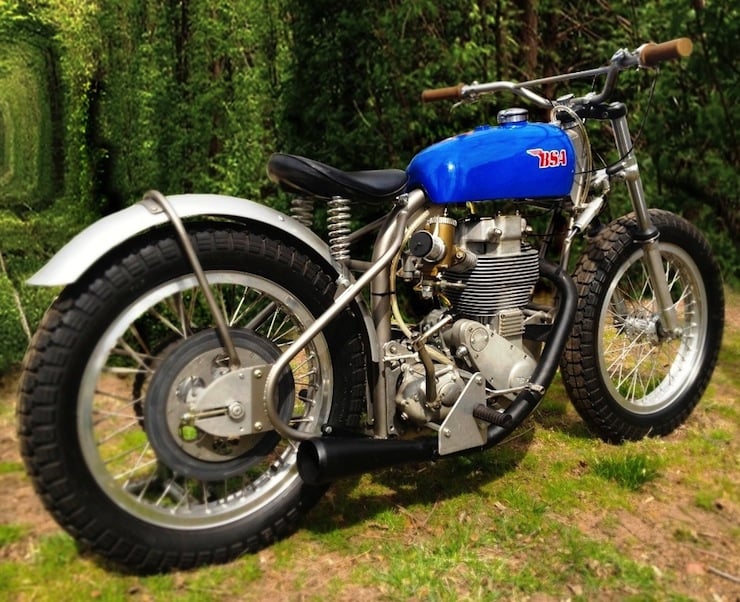 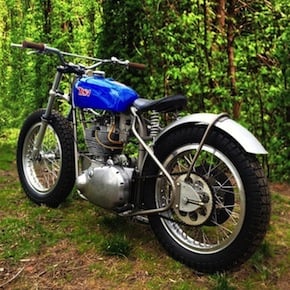