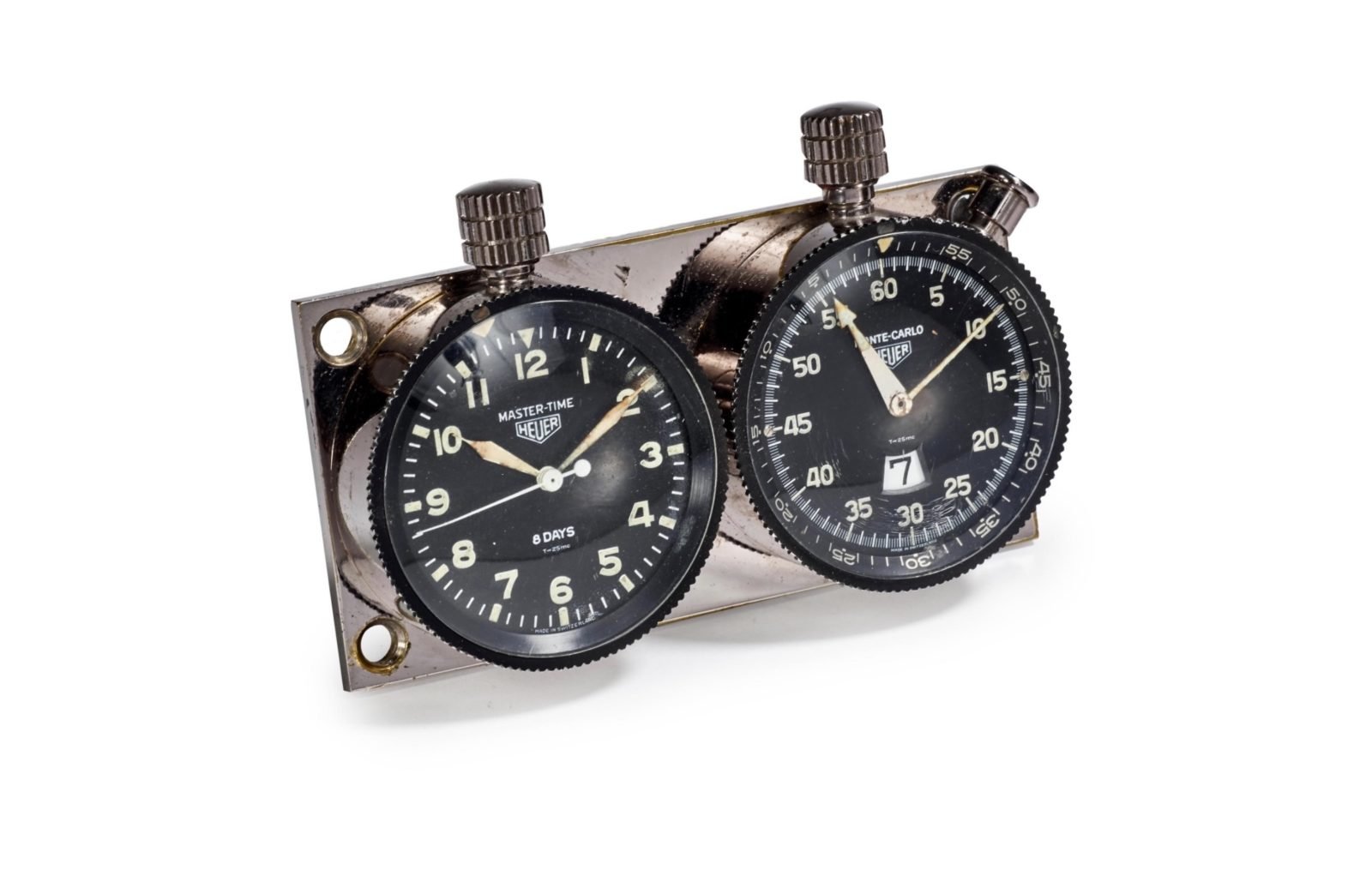 This is an original Heuer Rally Master, it’s a dashboard mounted chronometer with a “Master Time” clock that would be fitted to rally cars to accurately time stages.

Keeping precise timing of rally stages is critical in all forms of rally but particularly in regularity rally, where the driver and co-driver need to cover each stage in a  specified time at a specified average speed.

The purpose of having the timing system mounted to the dashboard was so that both the driver and co-driver could see it clearly. The clock/watch on the left shows the time of day and the chronograph on the left is the stage timer. 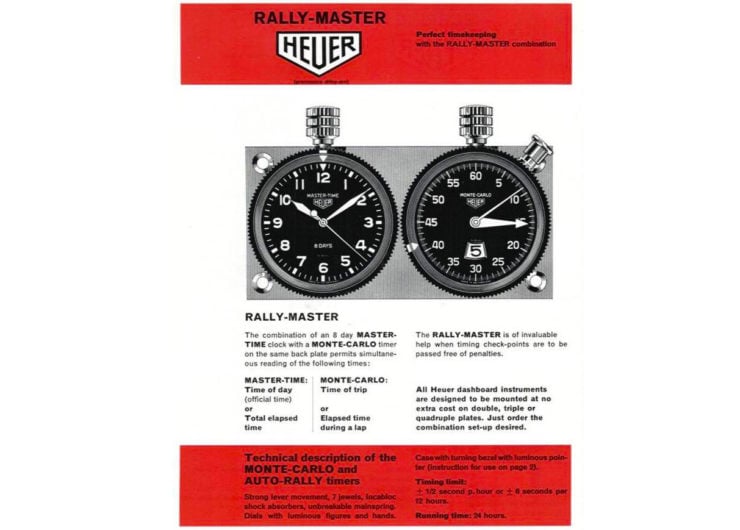 The Heuer Rally Master was a critical piece of equipment on rally cars in the 1960s and 1970s, they’re still in regular use on vintage rally cars to this day.

Both need to be mechanically wound via the top mounted crown, and the chronograph has a stop/start button at the one o’clock position. Both timepieces are mounted to a chromed steel backing plate that would traditionally be mounted in the center-top of the dashboard.

Both of these timepieces are listed as being in good working condition, together as a set they make an essential addition to the dashboard of any period rally car. 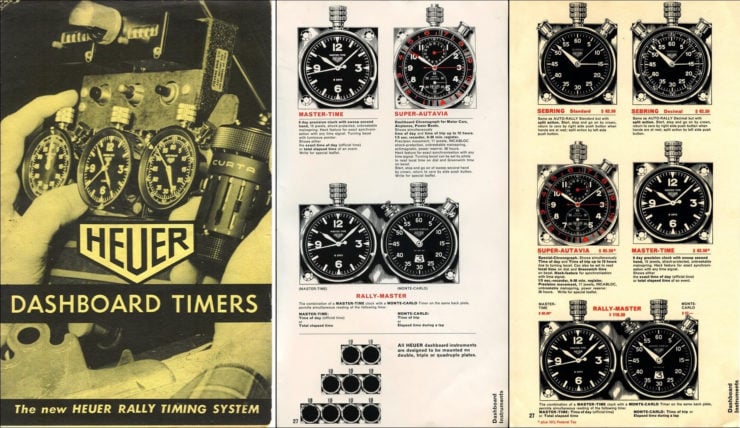