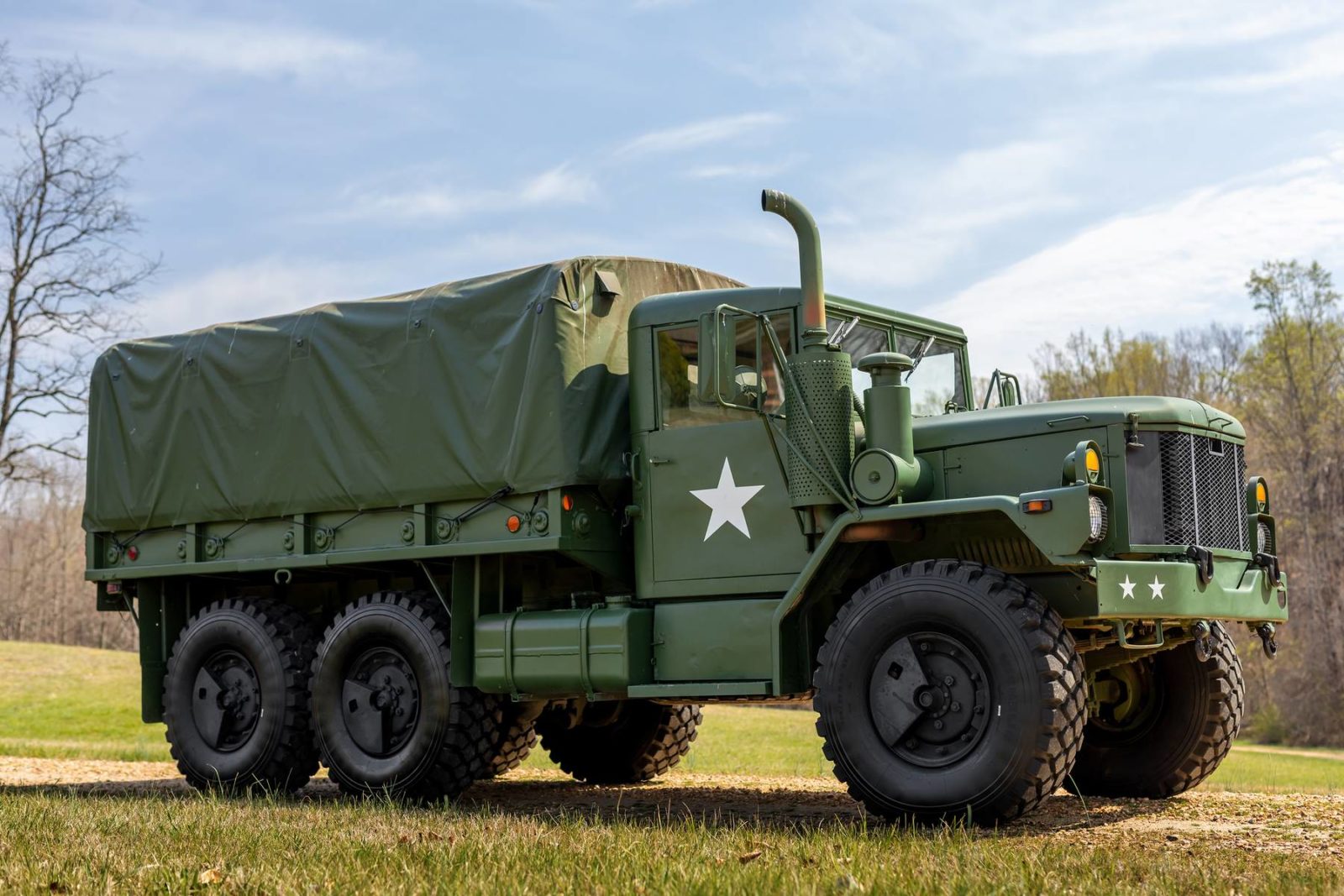 The AM General M35 is a 6×6 military truck that was introduced in 1950 as a replacement for the WWII-era GMC CCKW truck, better known as the “Deuce and a Half” due to the fact it could carry 2½ tons.

The truck you see here is the M35A3 variant, this means it’s been fitted with the more modern Caterpillar 3116 turbodiesel inline-six engine coupled to an Allison 4-speed automatic transmission. This vehicle has been refurbished and it’s now for sale with a price guide of $10,000 to $15,000 USD.

Replacing The “Deuce And A Half”

During WWII there were few vehicles more dependable than the GMC CCKW truck – a 2½ ton six-wheel drive truck that proved itself everywhere from the freezing mud of European winters, to the baking heat of the North African desert, to the thick jungles of the South Pacific.

Above Image: This is the Regular Car Reviews review of the A2 version of the M35.

Perhaps the single most important achievement of the CCKW was that it essentially it formed the backbone of the legendary “Red Ball Express,” keeping Allied armed forces supplied as they rapidly advanced east after the Normandy invasion, progressing into Germany and effectively ending the war in Europe.

Towards the end of the war development began on a replacement for the CCKW, it would also be a 2½ ton six-wheel drive truck, though it would be more modern, more powerful, and slightly larger.

The AM General M35 6×6 Military Truck

The design of the AM General M35 was developed by engineers at REO in the mid-to-late 1940s. They incorporated many of the same design principles as its forebear, including body-on-chassis design, dual rear axles, a 2½ ton long tray back, and a front mounted engine driving all three axles. 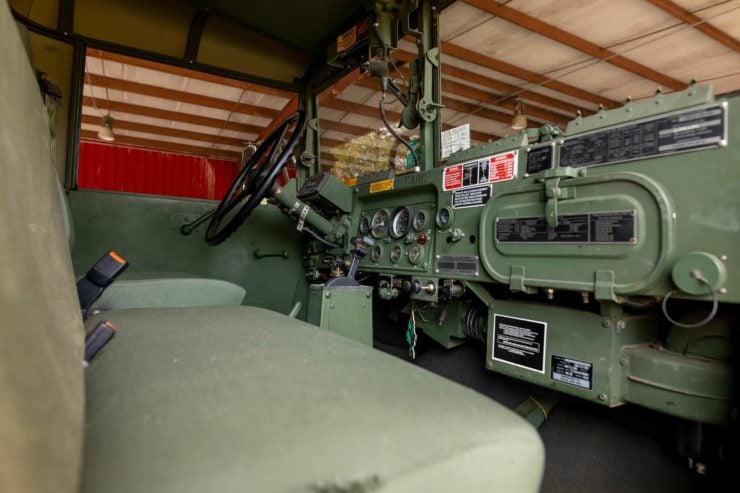 The interior of the M35A3 is as spartan as you’d expect for a military vehicle. Unlike the earlier versions the driver could change all 10 tire pressures from inside the cab.

The earliest iteration of the truck was named the M34, it had two wheels per axle in the rear though it was quickly updated to M35 specification with four wheels per rear axle like the CCKW.

Power was originally provided by the LDT 465 engine, a turbodiesel inline six-cylinder engine with a displacement of 478 cubic inches (7.8 liters) producing 134 bhp and 330 lb ft of torque.

The LDT 465 was developed as a multi-fuel engine, it was typically run on diesel however it could also run on kerosene, heating oil, or gasoline – though using gasoline required adding 1 quart of motor oil per 15 gallons of gasoline to ensure proper lubrication.

Power was sent back through a 5-speed manual transmission and a 2-speed transfer case to both the front and rear axles.

The top speed of the M35 was listed as 58 mph (93 km/h) however it would rarely if ever achieve it, typically they were driven at maximum cruising speed of approximately 48 mph (77 km/h) with fuel consumption figures of 10 mpg US (24 L/100 km). 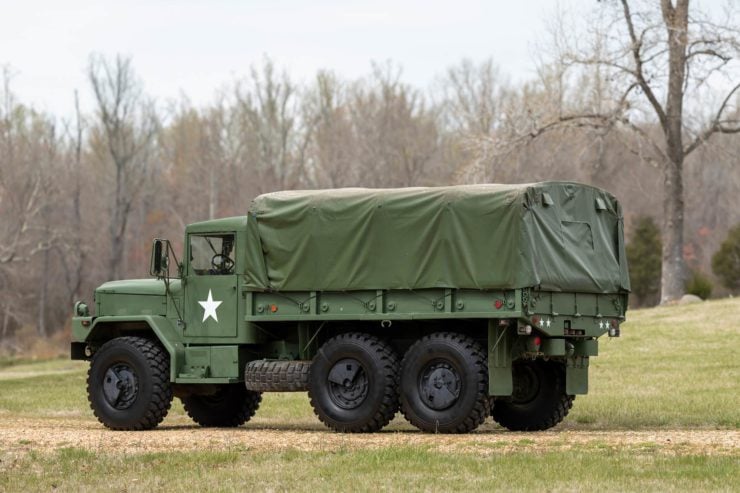 The AM General M35A3

In the 1990s the now aging M35 was updated with a new engine and transmission to provide more power and to make the trucks easier to drive for recruits who typically had limited time behind the wheel. This updated version was called the M35A3 to denote the new drivetrain when compared to the previous generation M35s.

The A3 was also fitted with a remote tire inflation/deflation system that could be operated from within the cabin, allowing the driver to change tire pressures on the go to suit changing terrain without needing to leave the vehicle and expose themselves to enemy fire.

The turbodiesel 402 cubic inch (6.6 liter) Caterpillar 3116 Diesel engine was fitted along with an Allison 1545 4-speed automatic transmission. This engine provided power of 205 bhp at 2,400 rpm and 350 bhp at 2,800 rpm, it was typically used in marine applications and it developed a reputation for exceptional toughness over the years since its release.

The AM General M35 remained in military service well into the 2000s and it remains in service to the current day with many rural fire departments and in other lines of work that require heavy loads taken through areas with no roads. 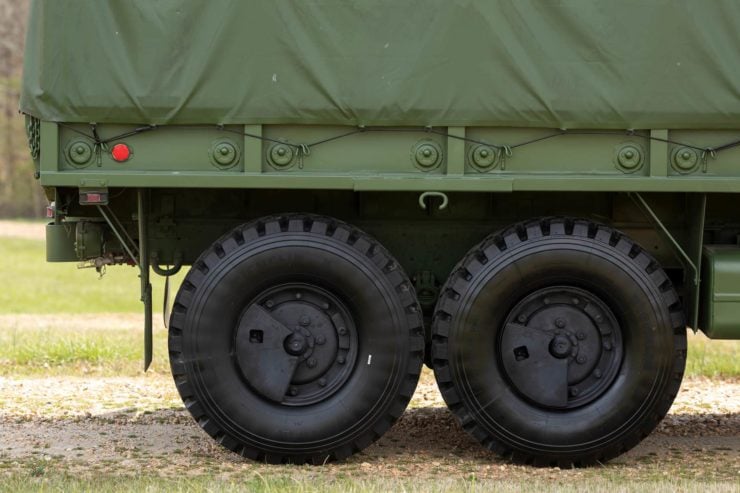 The truck you see here is a refurbished M35A3 from 1993, it’s powered by the 350 bhp 6.6 liter Caterpillar 3116 Diesel engine used in all of the A3 variants of the M35 the provides more power and reportedly slightly better fuel economy than the 134 bhp 7.8 liter engine used in the first M35s.

This vehicle benefits from a refurbishment, it’s now in considerably better condition than many of its counterparts and it formerly belonged to a person in Virginia who specializes in refurbishing decommissioned military equipment.

It’s now being offered for sale by The Market by Bonhams out of North Carolina in United States, the price guide is listed as $10,000 – $15,000 USD, which falls in line with the typical pricing seen for the M35.

If you’d like to read more about this truck or register to bid you can see the listing here. 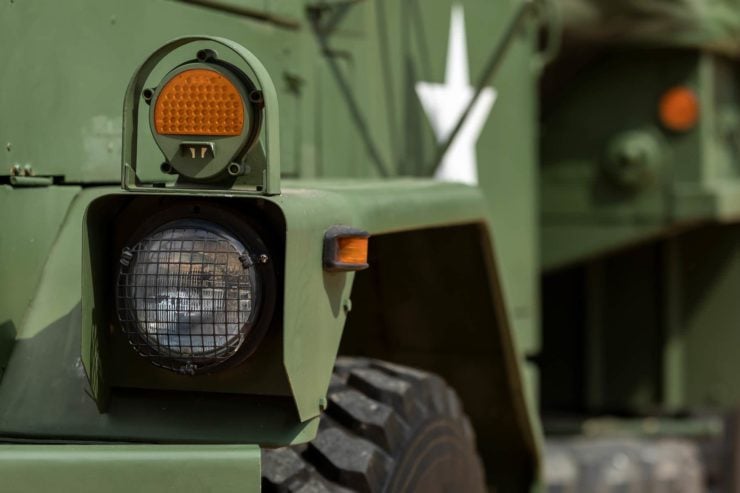 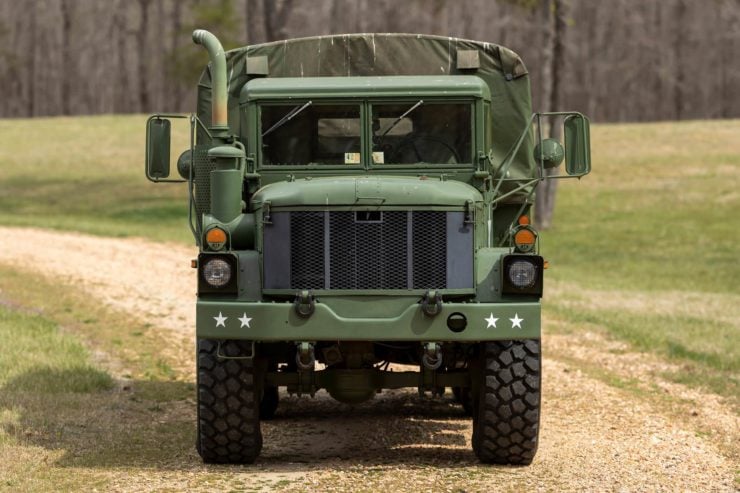 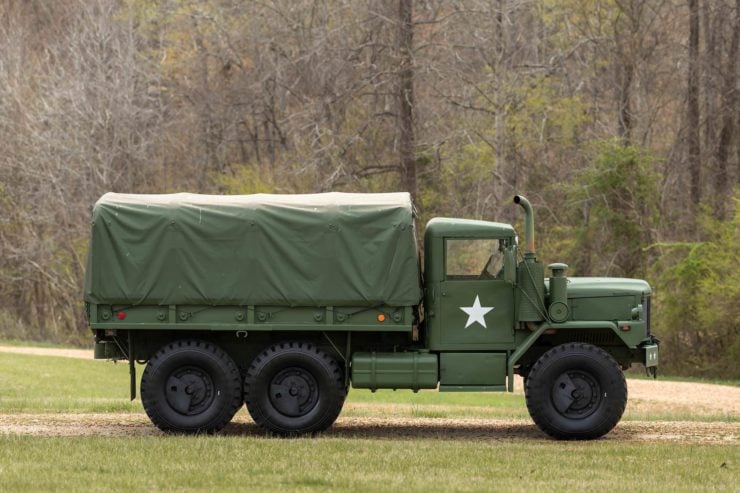 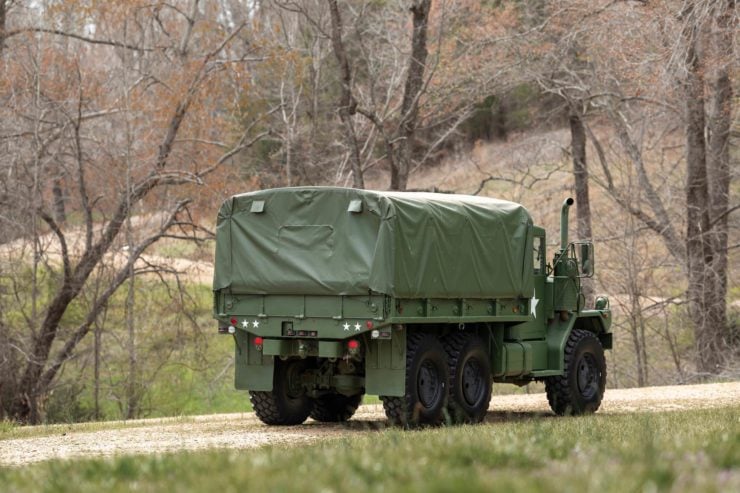 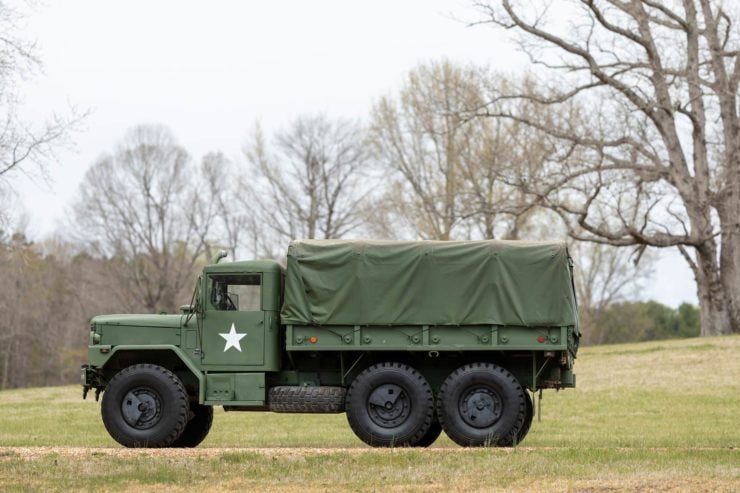 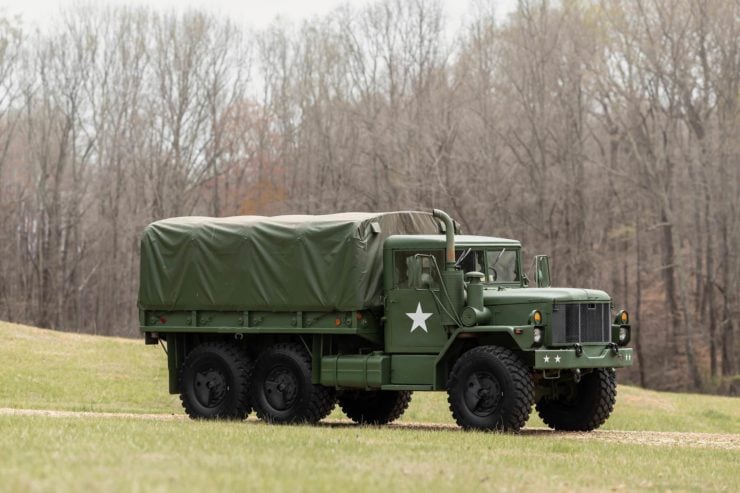 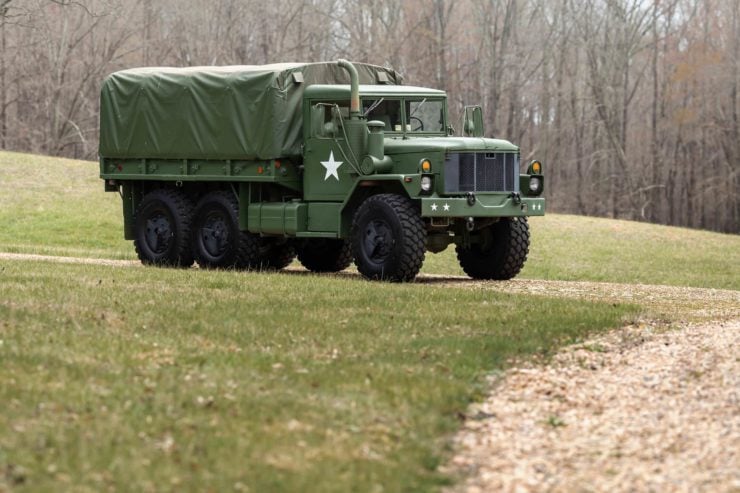 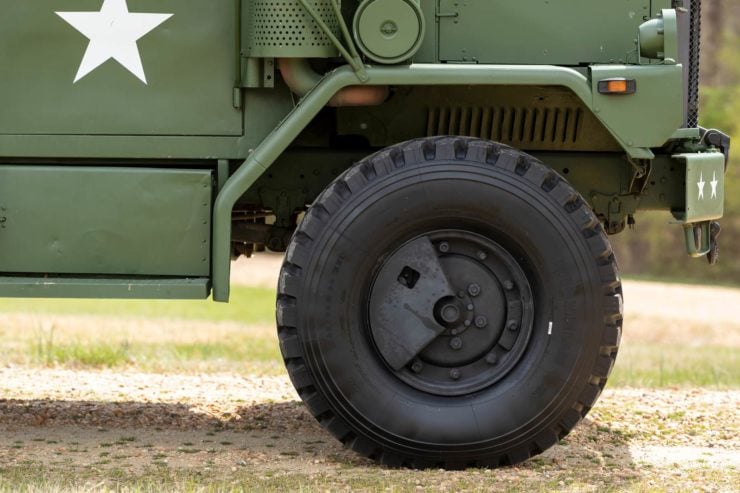 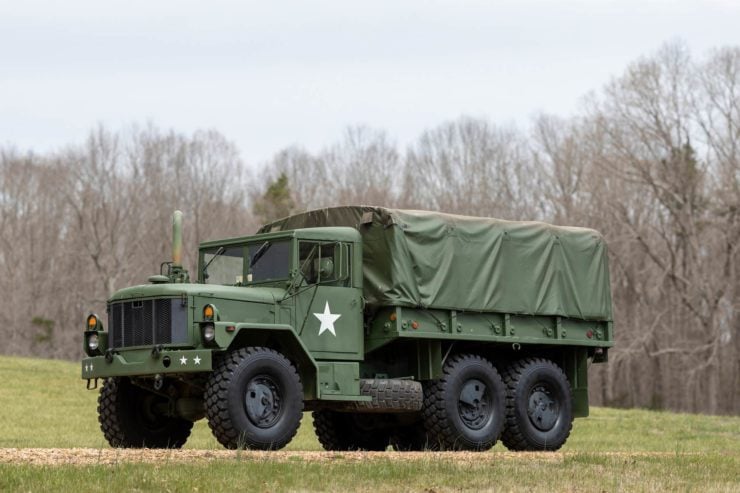 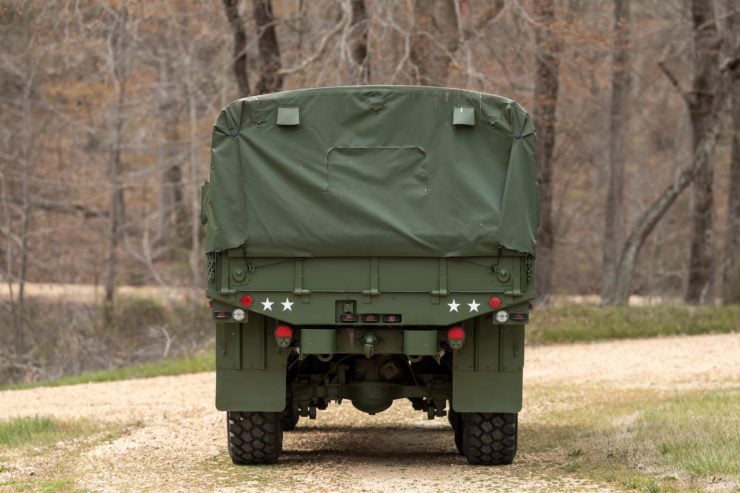 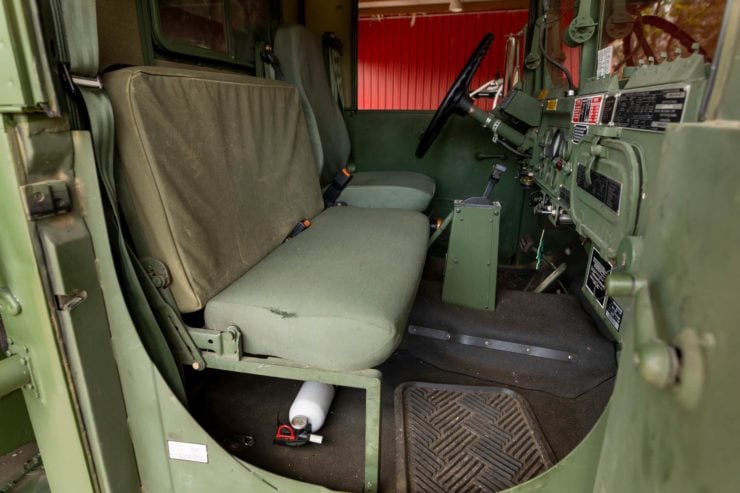 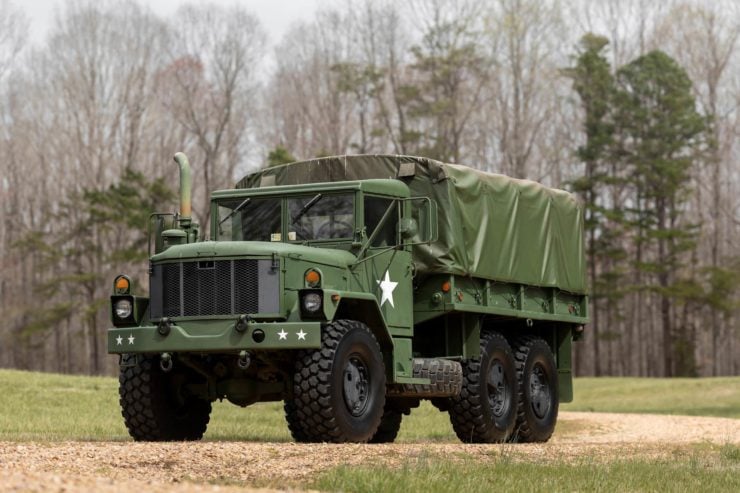