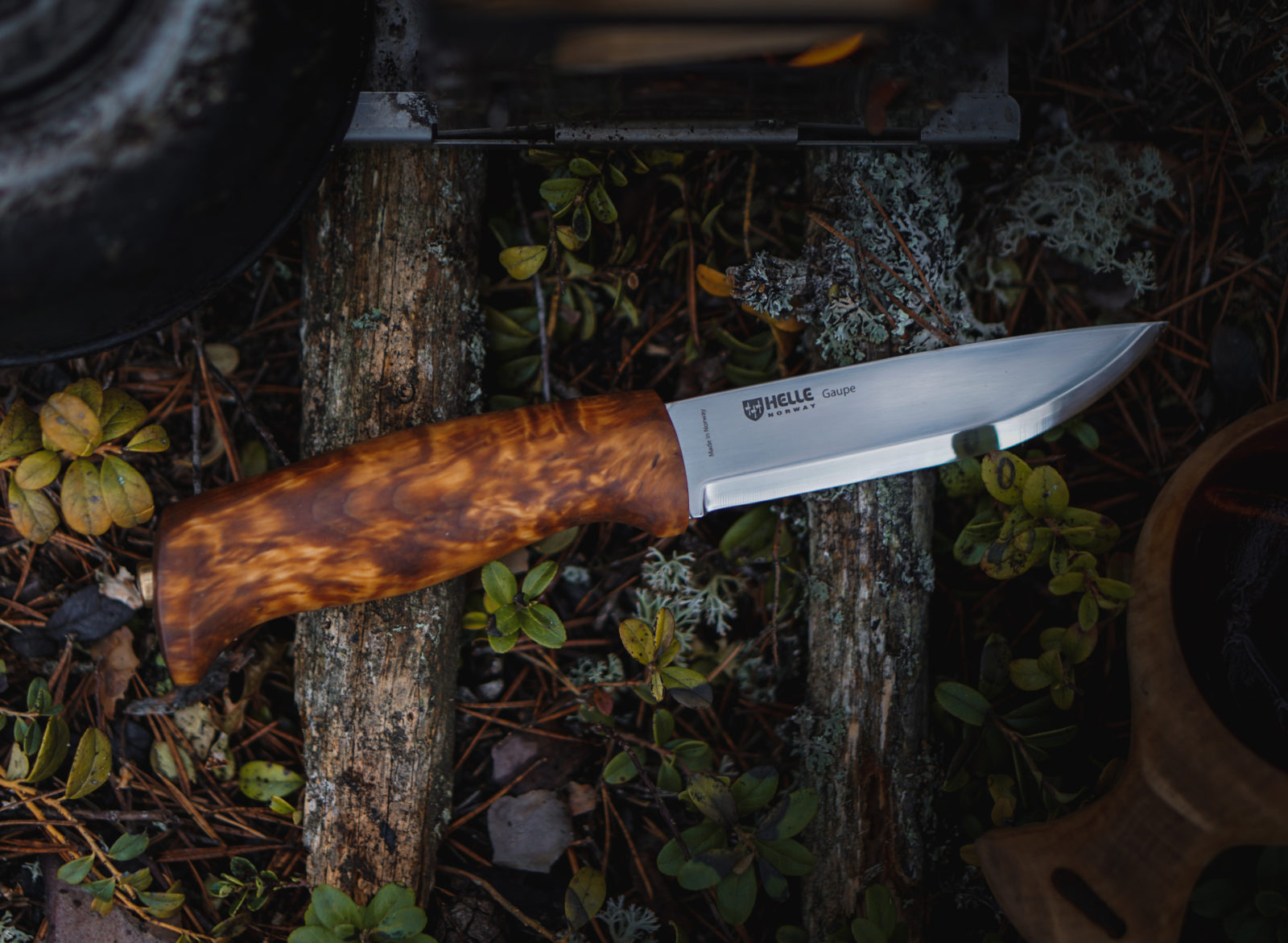 This is the Gaupe Scandinavian Carving Knife, it was designed by the Norwegian team over at Helle Knives as a tough multi-use knife that’ll last a lifetime or more with good care.

The Gaupe has a 108mm (4.25 inch) blade made from triple laminated Helle stainless steel, and it has a traditional curly birch wood handle with a finger guard at the front to keep your hand from slipping onto the blade.

“Gaupe” is the Norwegian word for “Lynx,”a species of wild cat that is native to Scandinavia. This is why the leather sheath has a paw print on it as an homage.

The knife has a stick tang running through the full length of the handle for strength and the blade can be sharpened to a razor-sharp edge, or kept a little less sharp for general campsite duties.

Helle Knives was founded in a small town in the Norwegian fjords in 1932 by two Norwegian brothers. They quickly made a name for themselves for producing exceptionally high quality blades and their reputation spread – within Norway at first but later across Scandinavia and around the world.

The company is still run to the same high standards, it’s now operated by the grandsons of the original founders and they still make all their wares in Norway. 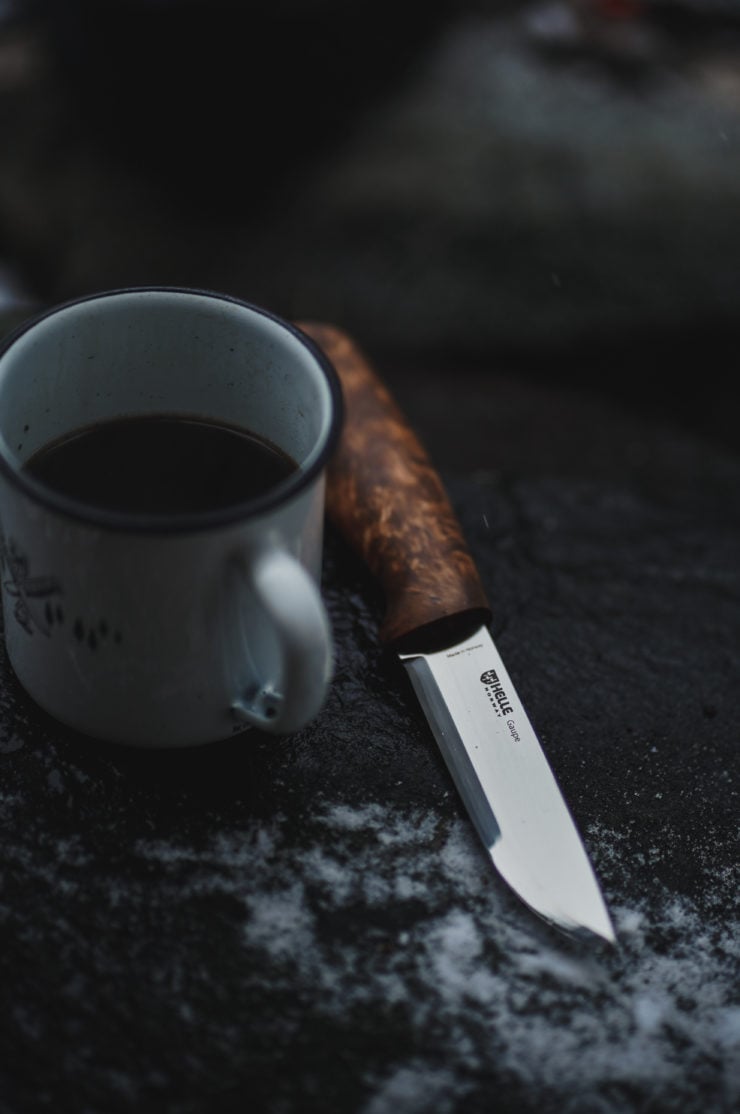 The Gaupe Scandinavian Carving Knife is ideally suited to campsite use, and it comes in handy around the house too.

This knife is named Gaupe as it’s the Norwegian word for Lynx, a species of wild cat that lives in the forests – as a result each knife comes with a handmade European leather sheath that has a discreet Lynx paw print on it.

With an MSRP of $134 USD and a lifetime warranty against production and material errors the Gaupe Scandinavian Carving Knife makes a great gift or a great addition to your own stash of outdoor equipment. 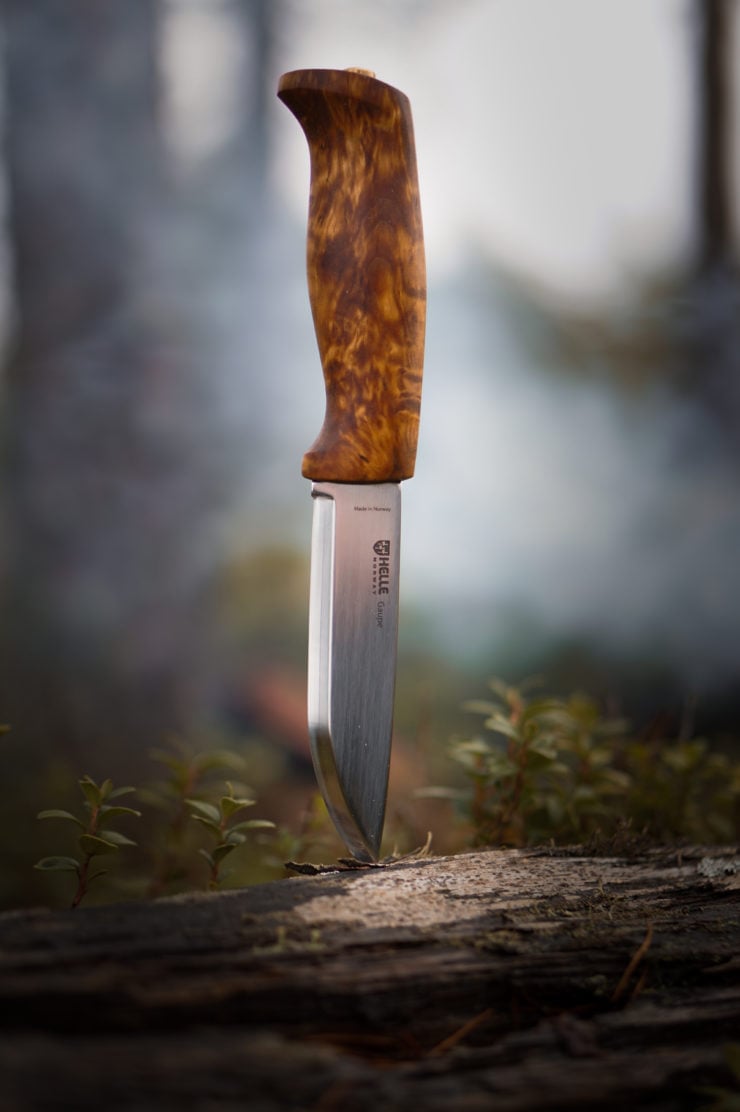