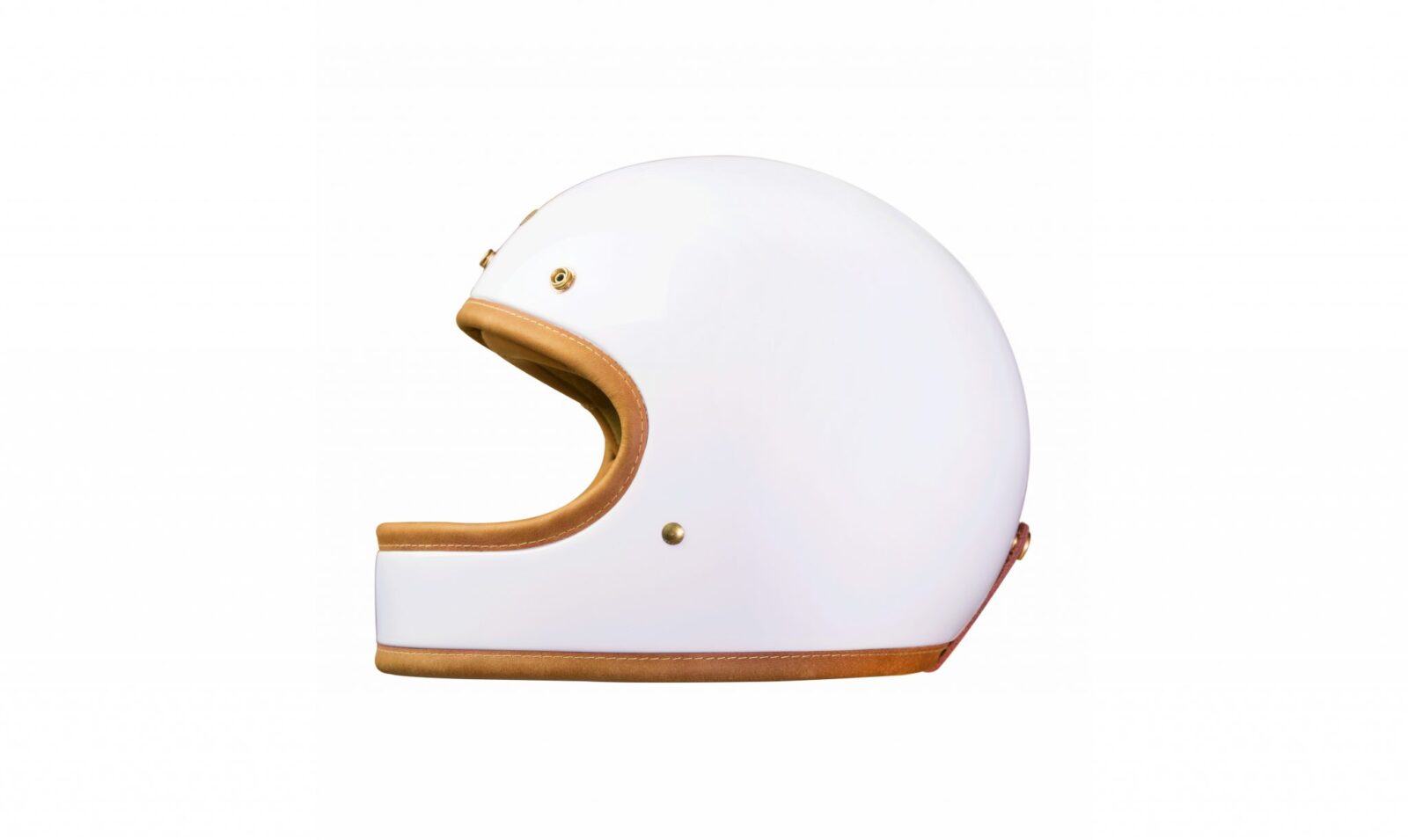 The new Hedon Heroine is a welcome addition to the growing number of classically-styled motorcycle helmets with full modern safety compliance. Hedon is a British company formed by designers Lindsay and Reginald in 2011 with the aim of creating well-built motorcycle gear with a strong focus on style.

The Heroine helmet series is new for 2017, and they come in two major variations – Classic and Racer. The Classic has no fitted shield, and the Racer has a flip up clear shield better suited to highway or sustained high speed use.

Both variants have a shell made from a combination of carbon fibre and fibreglass, with Hed Armor lining (360 degree cushion padding), Merlin anti-bacterial fabric, natural calf leather trim and lining, a brass DD buckle, a 3 channel ventilation system, and they can be ordered with either DOT (USA) or ECE 2205 (Europe) safety certification.

Sizes range from S through to XL, with the S/M version weighing in at 1080 grams, and the L/XL weighing in at 1190 grams. There are 4 shell color choices for each helmet variant, including white, matter black, gloss black, matte grey, and gloss grey. 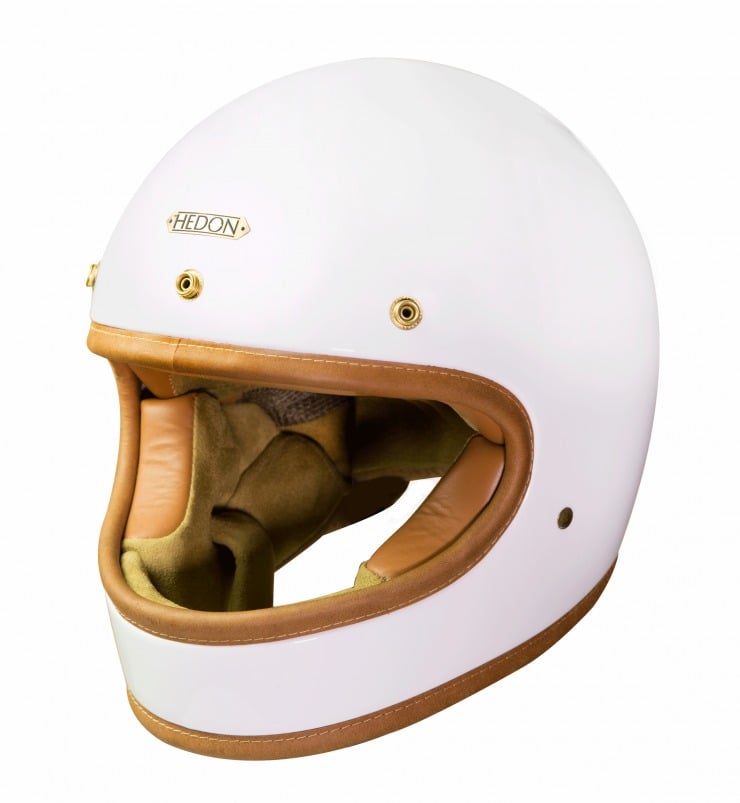 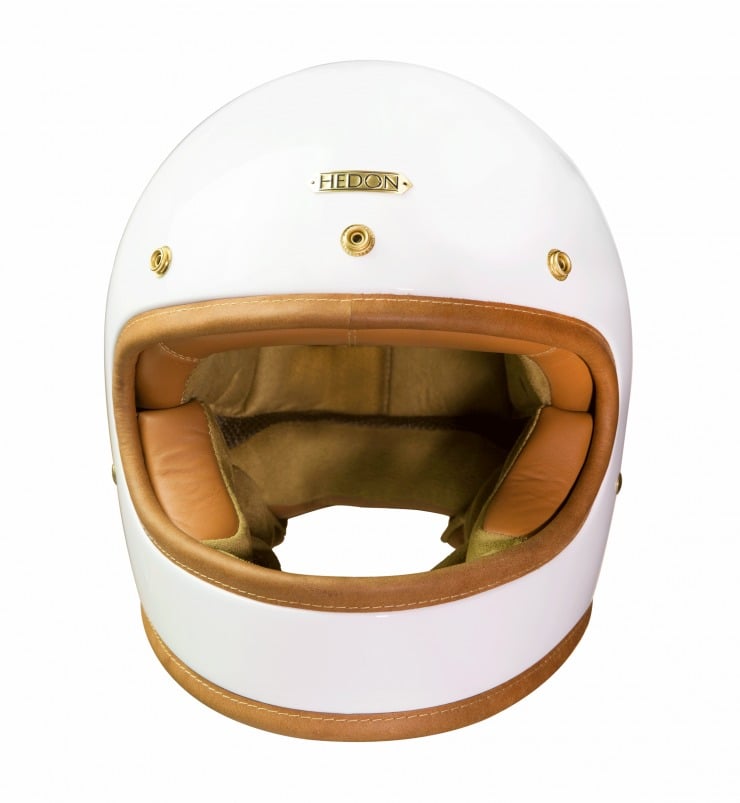 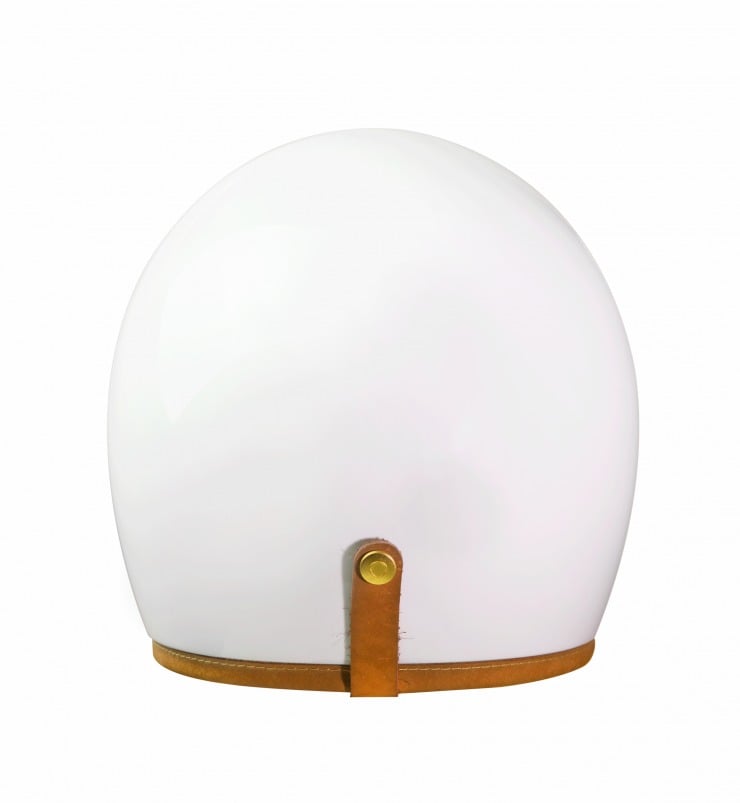