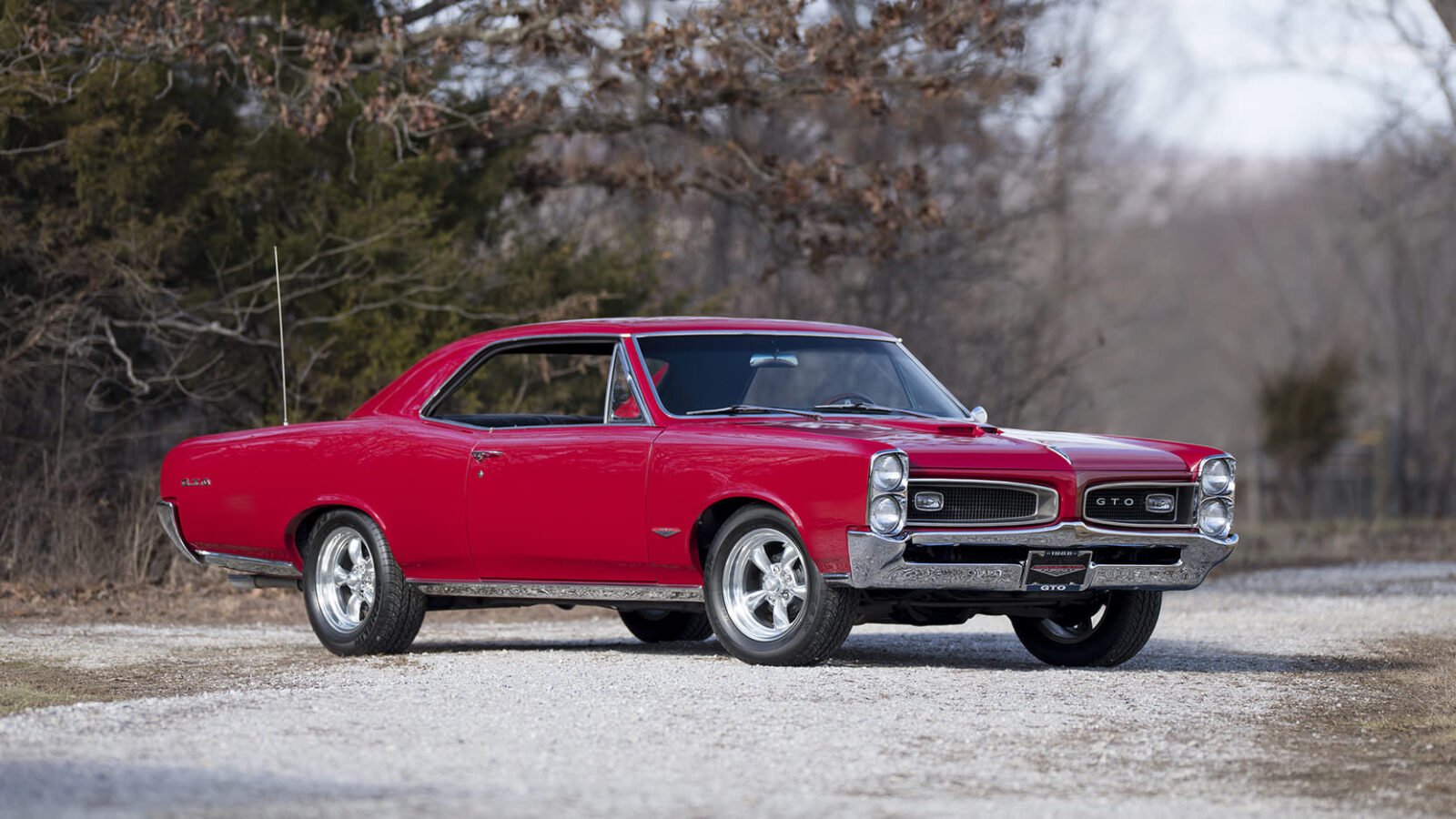 The Pontiac GTO was released in 1964 and is now credited by many as being the car that launched the muscle car revolution that’s still going strong over 50 years later. Of course the American love affair with V8s was nothing new – Ford had released the first affordable V8 road car in 1932.

The Development of the Pontiac GTO

The idea to take a big V8 and drop it into a two-door Pontiac body is credited to Bill Collins, Russ Gee, and John DeLorean. The latter being the same man who would launch a car company bearing his name in 1975 – resulting in the DeLorean DMC-12.

As it happens a man named Lee Iacocca was working on a similar concept at Ford at the same time, a car that would be released later in 1964 and called the “Mustang”.

John DeLorean had chosen the GTO name as a hat-tip to Ferrari, it stands for Gran Turismo Omologato (homologated grand tourer). The Ferrari GTO was built from 1962 to 1964 and is now recognised as the single most valuable collector car in the world.

For the 1965 model year Pontiac released the GTO with double-stacked headlights and a slightly longer body, albeit with the same wheelbase as 1964. The brakes, steering, and handling of the original Tempest GTO had received numerous criticisms from the press, so for ’65 the brake lining area was increased 15% and a stronger front anti-roll bar was fitted. Steering was left unmodified at a four turn lock-to-lock ratio of 17.5:1, and despite the increase in braking ability the car still lacked the stopping power needed to rein in the 335+ hp.

1966 saw the introduction of the first free-standing GTO – it was now its own model line and not just an option package of the Tempest. This independence was greeted by annual sales of almost 100,000 units (96,946), and original 1966 model year GTOs are now highly sought after by collectors in the USA, and around the world. 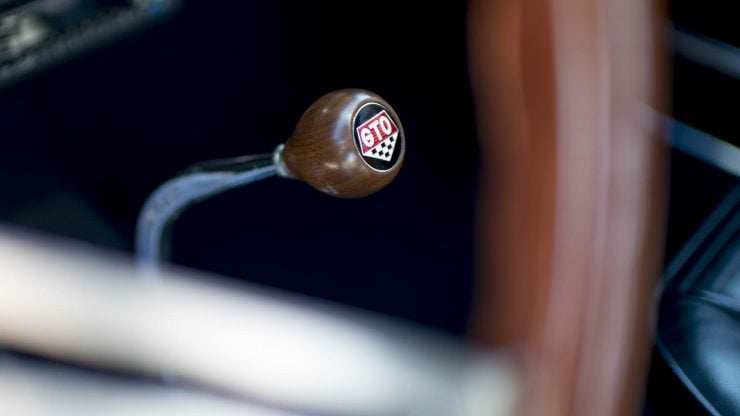 The GTO you see here is fitted with the highly-desirable Tri-Power 389 cubic inch V8, paired to the original Muncie 4-speed transmission with Hurst shifter. The engine is topped with 3 Rochester 2-barrel carburettors and was listed by the factory as producing 360 hp.

Power steering and power brakes are combined with a power antenna, bucket seats, and Soft-Ray tinted glass, and the car is wearing a fresh coat of its original Montero Red (with a black interior). Mecum are offering the GTO at the upcoming Kansas City Auction on the 24th of March, and the car is accompanied by its original factory paperwork to verify its originality. Many GTOs have been modified over the intervening decades with engine swaps being common, so a matching numbers car like this is likely to attract a number of discerning collectors. 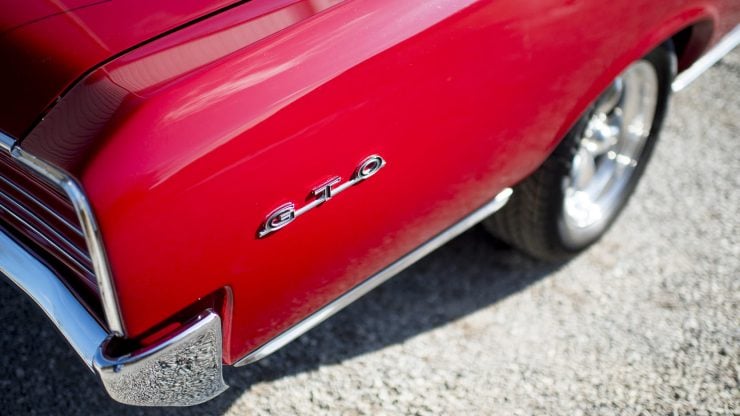 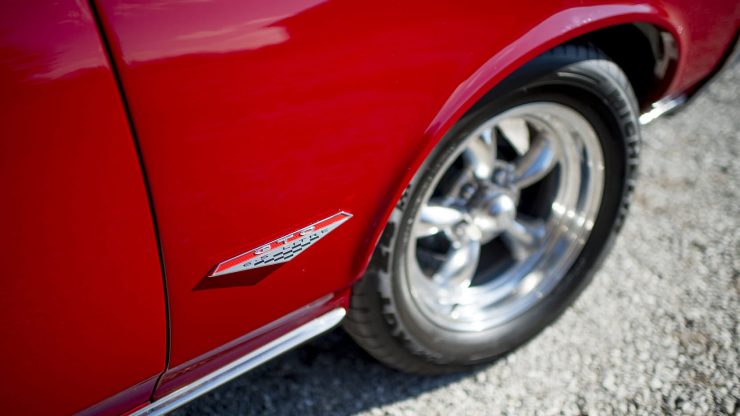 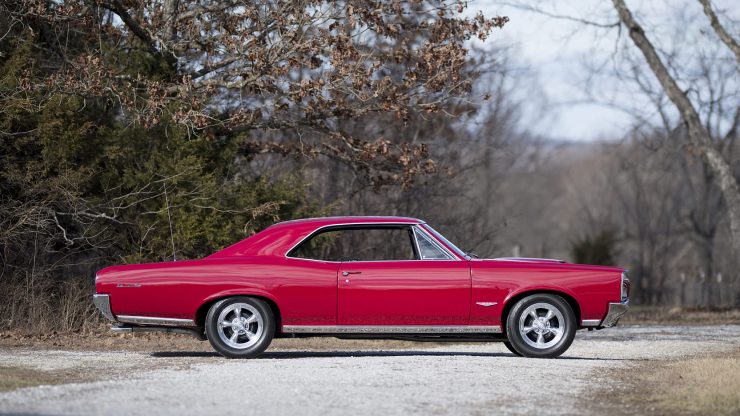 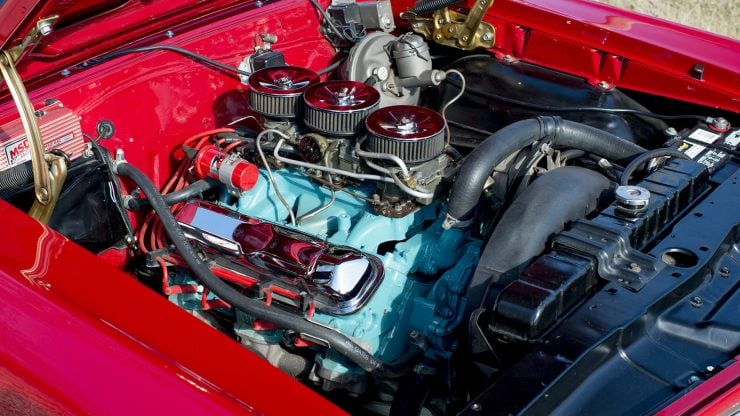 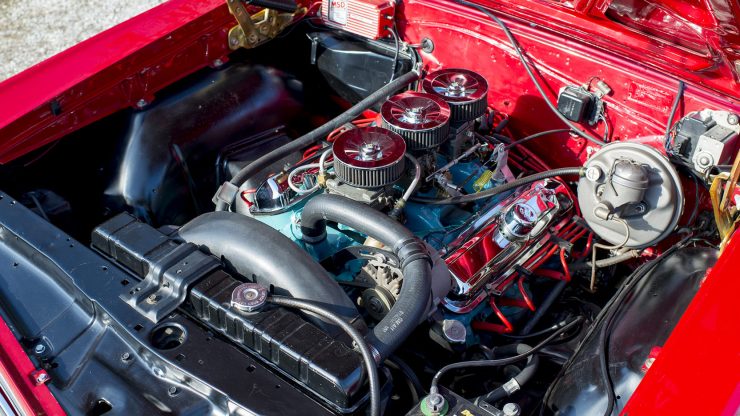 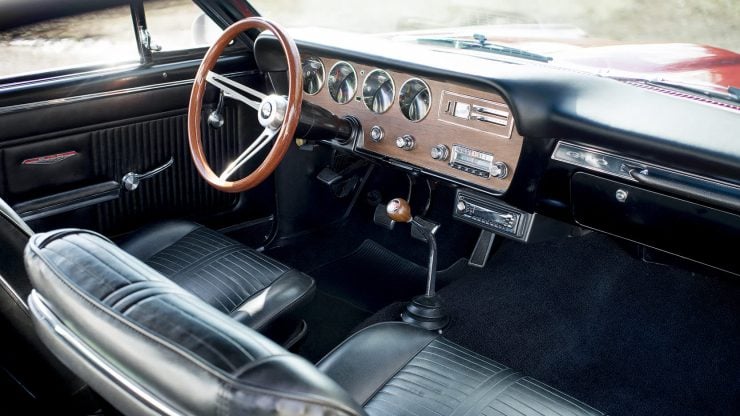 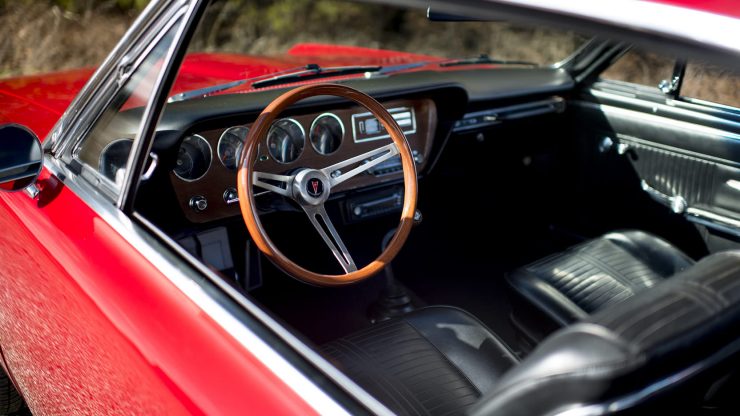 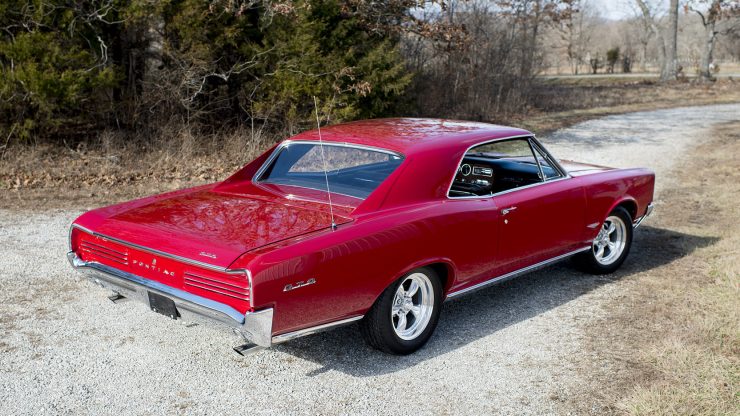 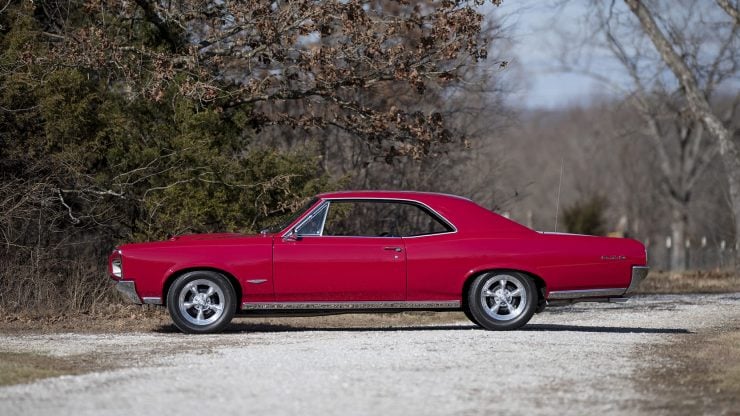 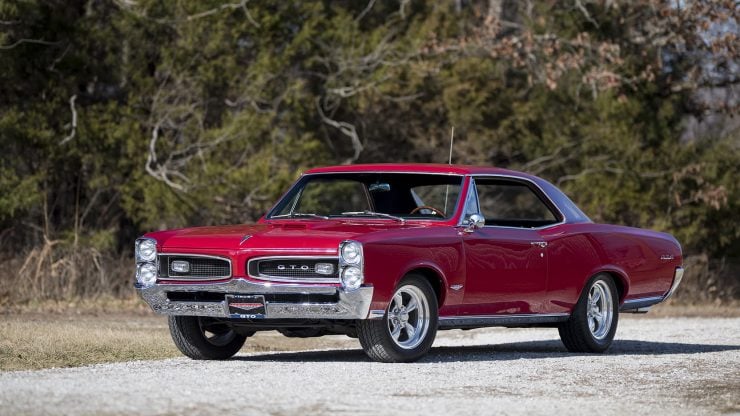 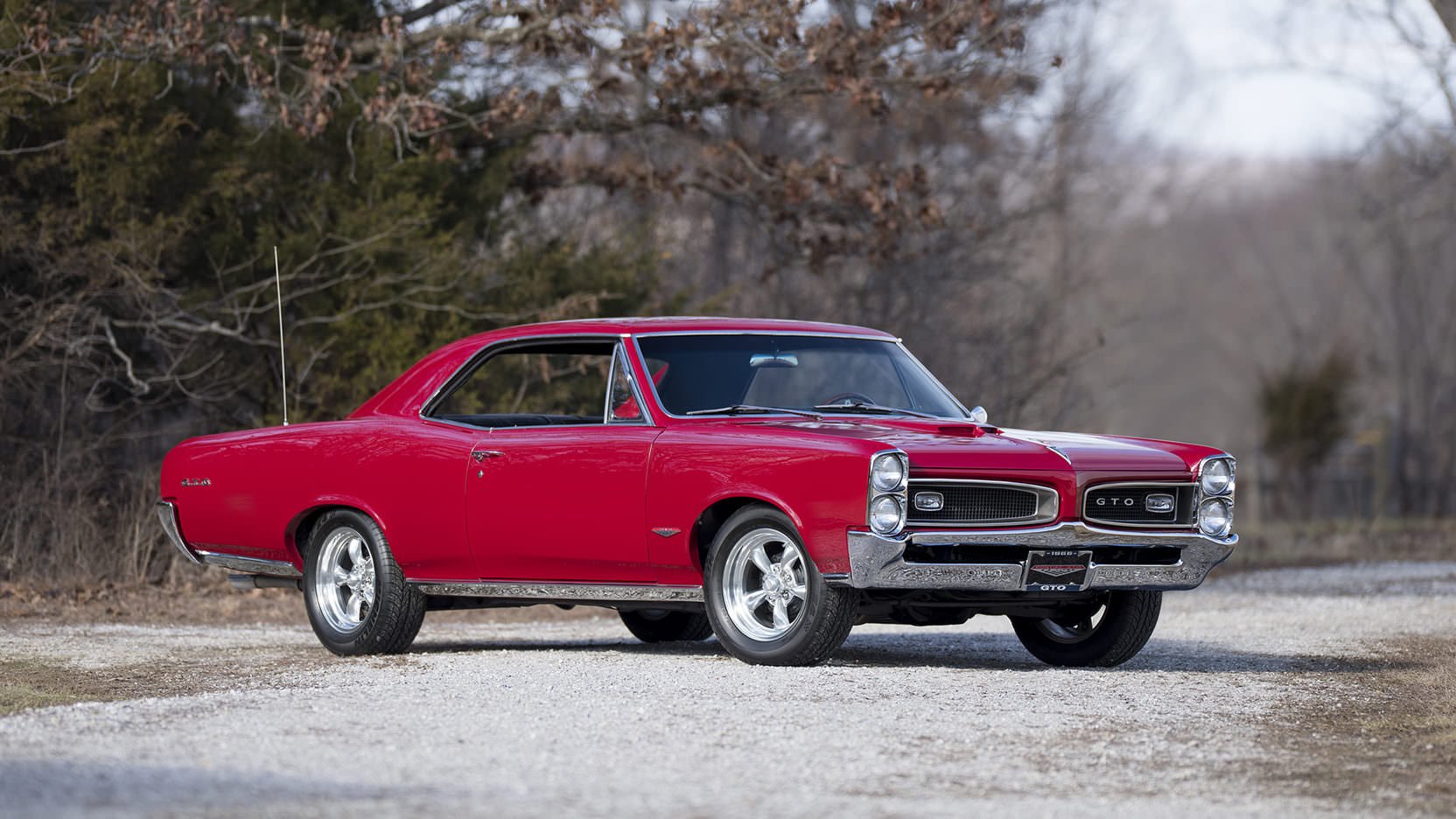 2021 has been a weird one for us all and this oddball list of 21 vehicles certainly captures the zeitgeist. There’s everything here from…