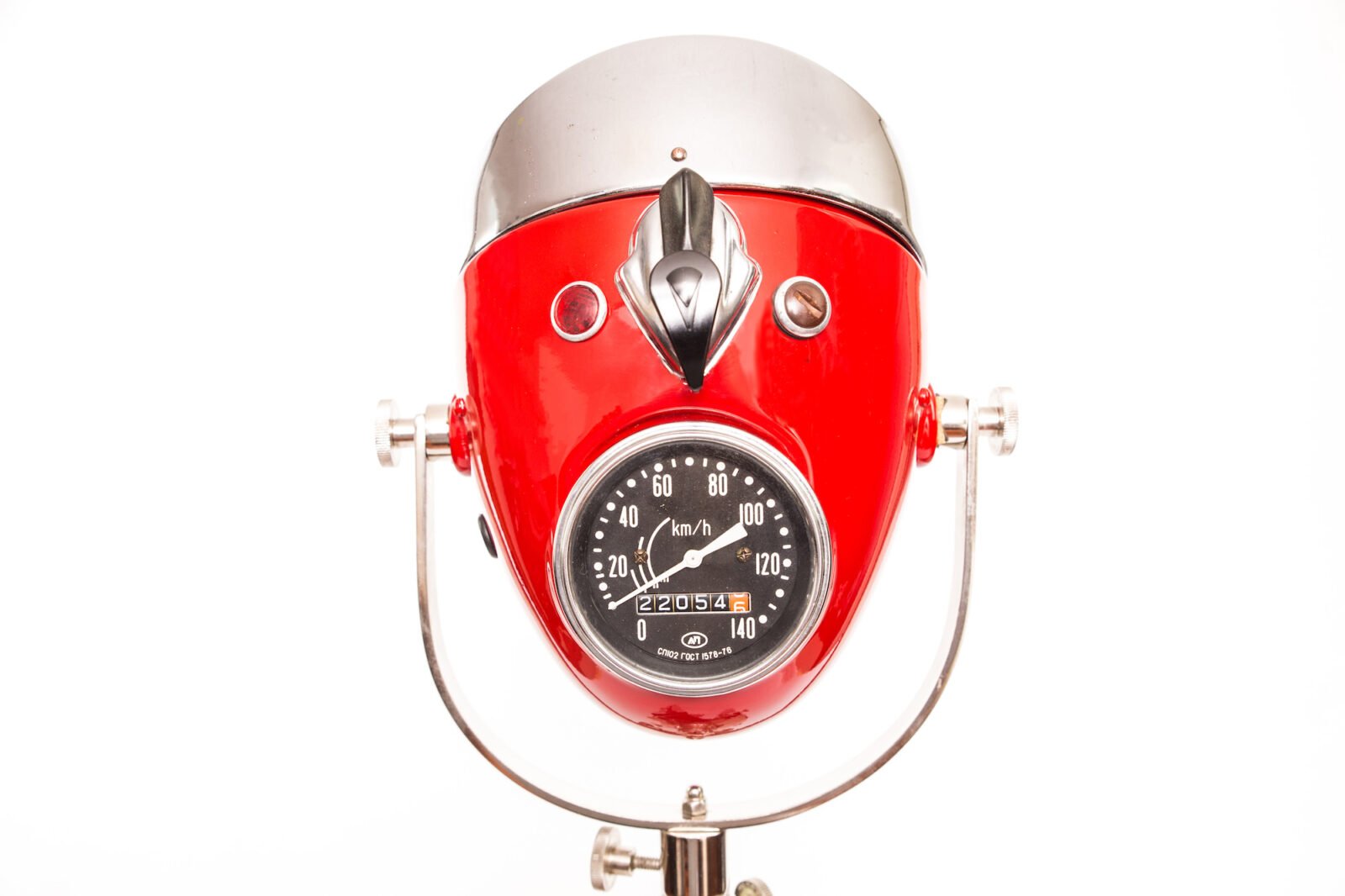 The Modern Weld is a small company based in Columbus, Ohio that specialises in turning old motorcycle headlights into one of a kind floor, table, and desk lamps. The red lamp above was sourced from a ’60 era Ural and it can be ordered in Black, Ferrari Red, Vintage Land Rover Blue, and Vintage Bone White.

The Modern Weld currently has 11 lamps in stock including all of those that you see here with prices ranging from $300 to $900 USD. The combination of ’50s and ’60s industrial styling and motorcycle culture make them the ideal addition to any garage, study, office or livingroom. 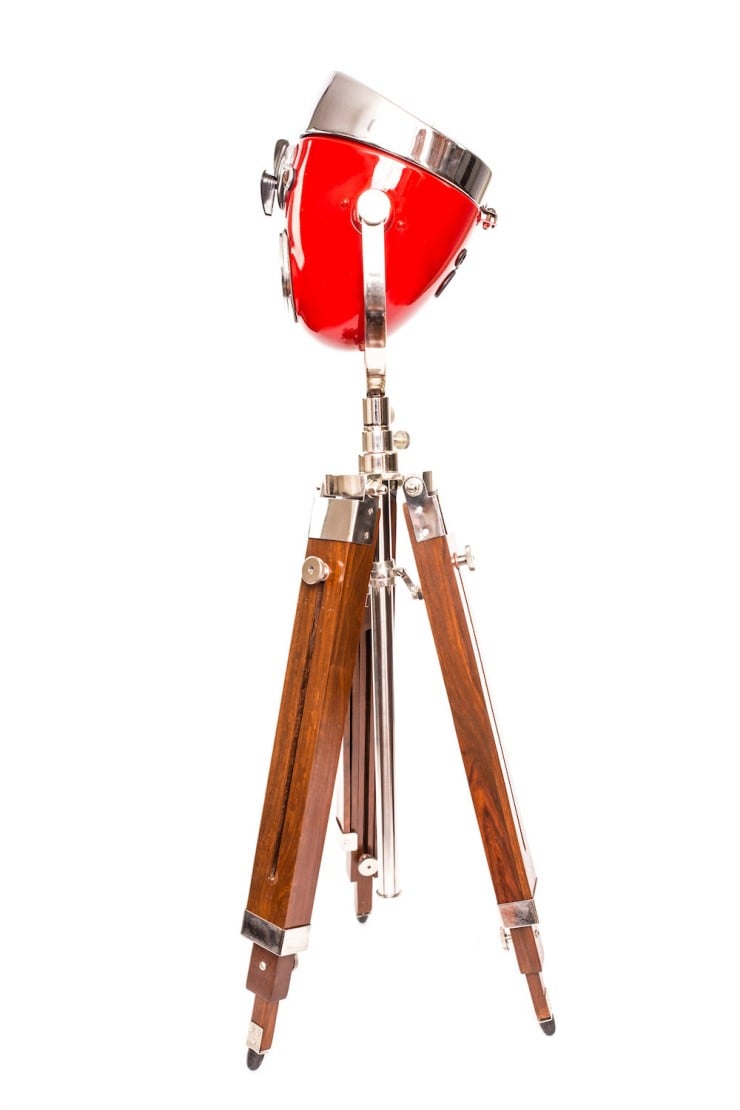 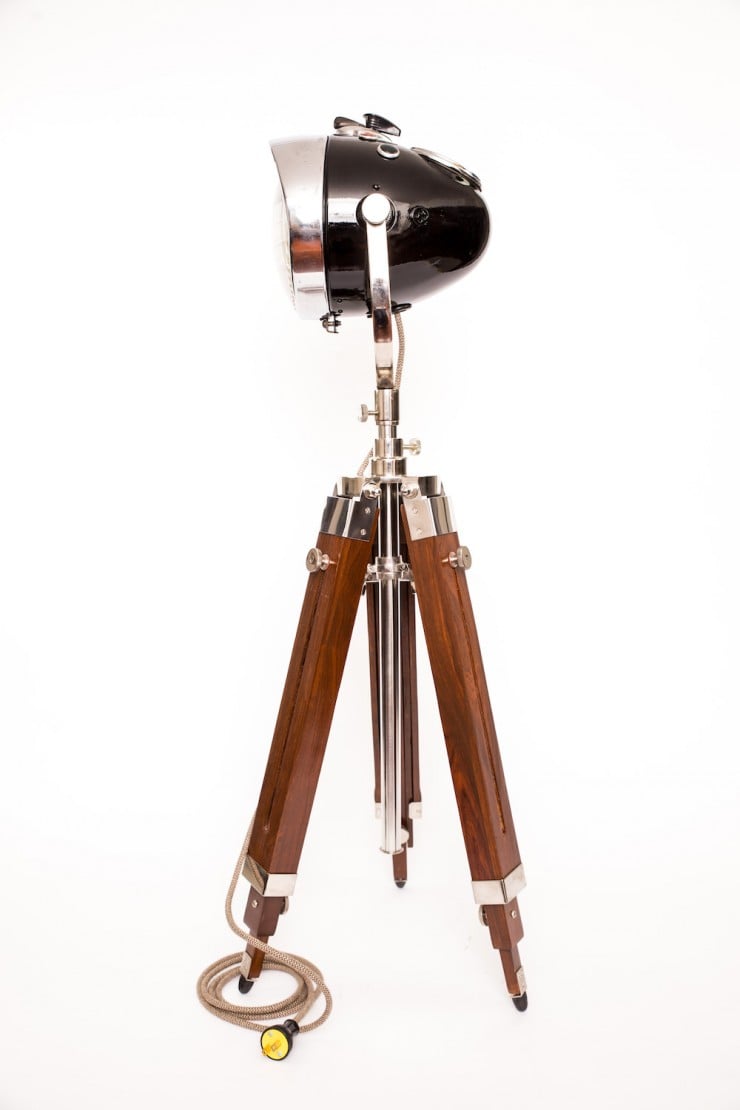 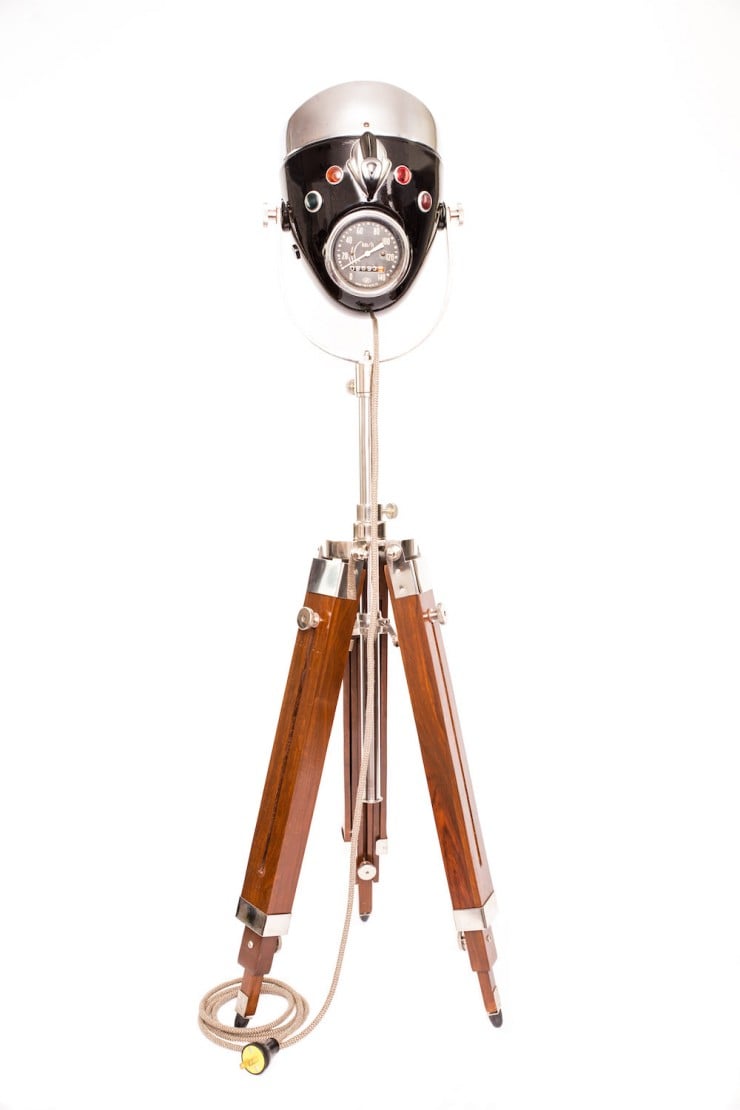 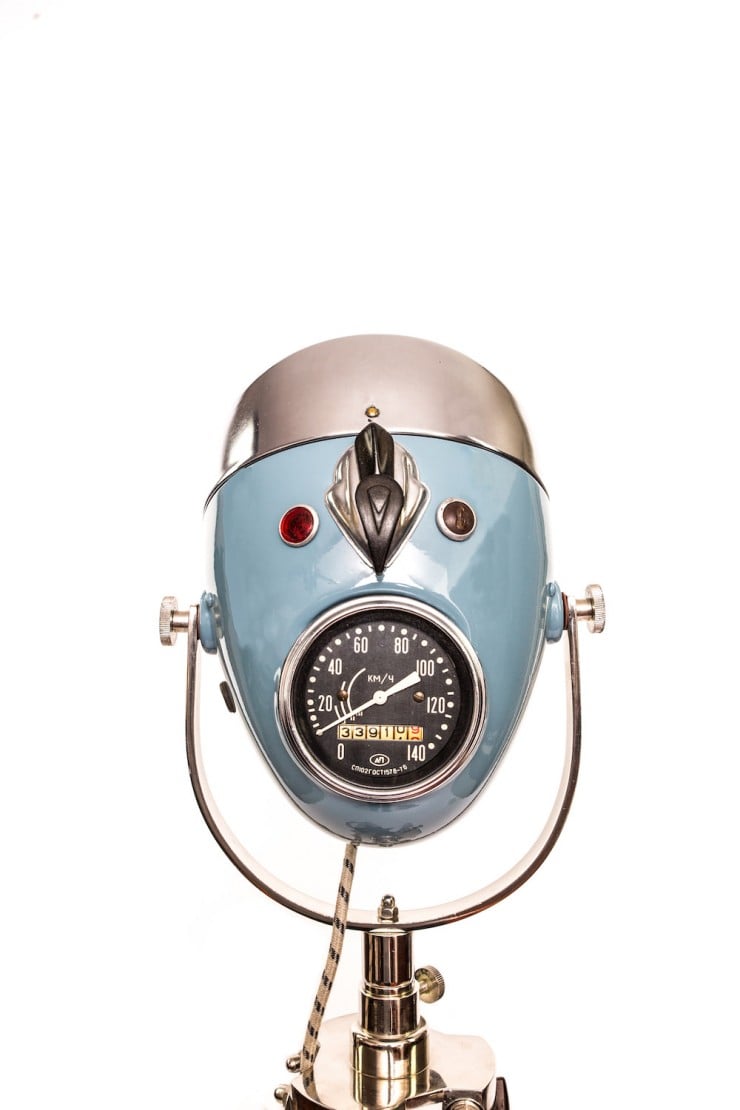 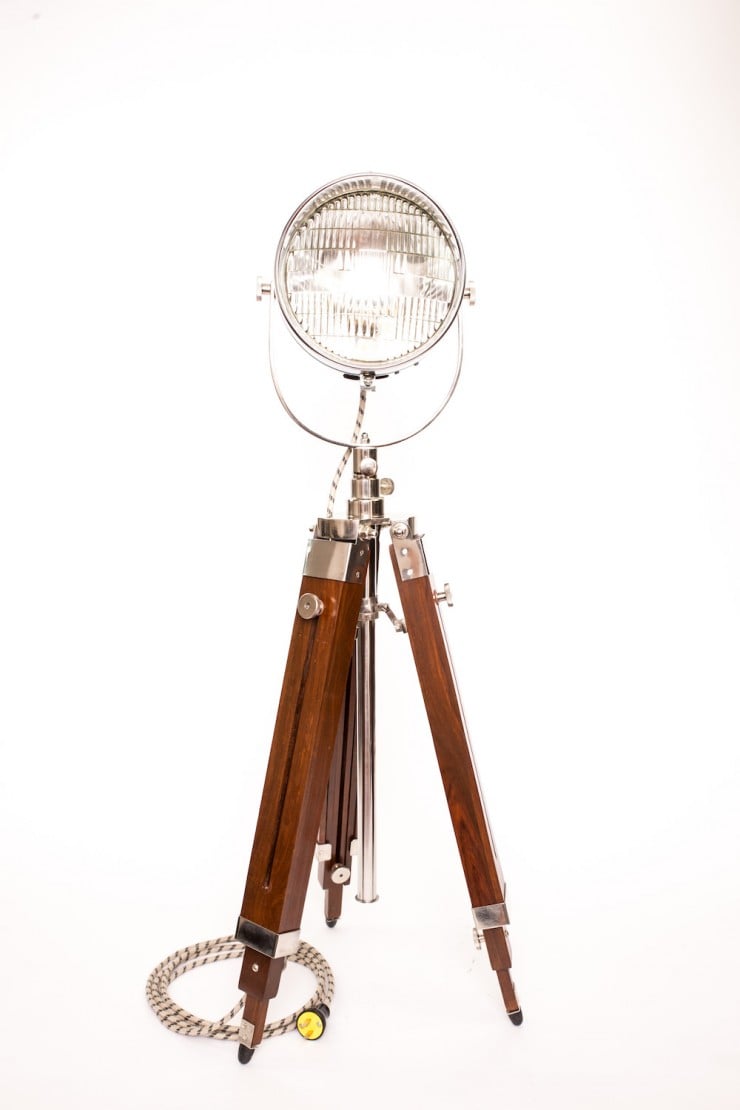 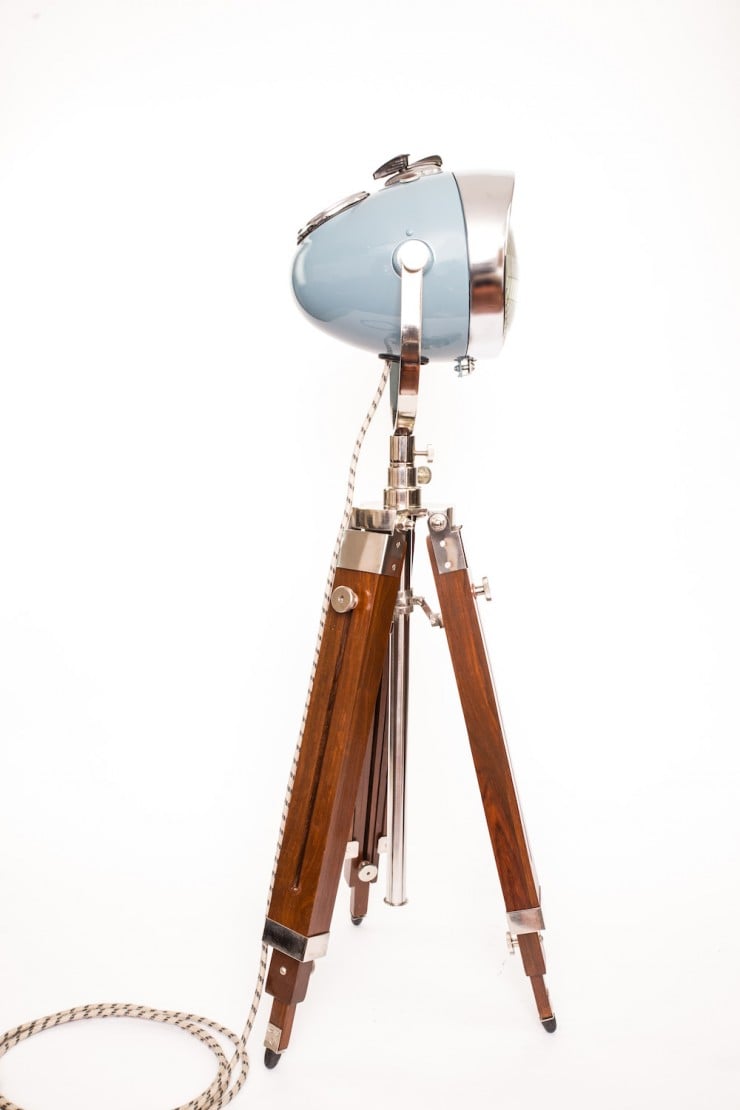 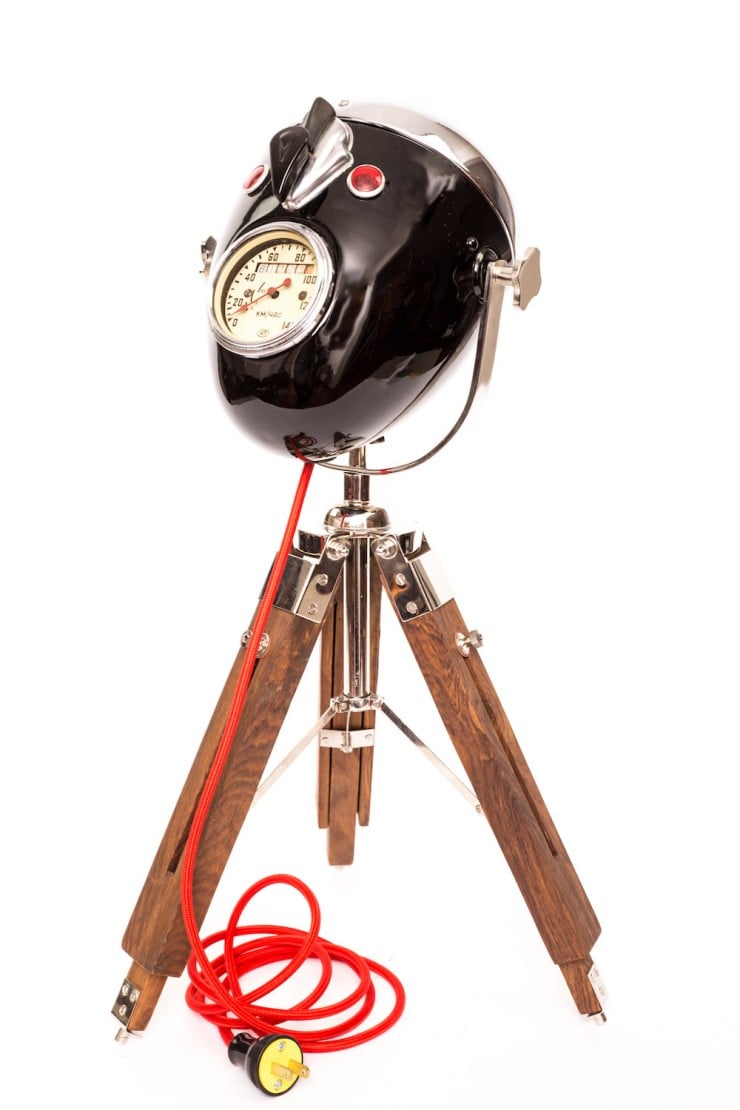 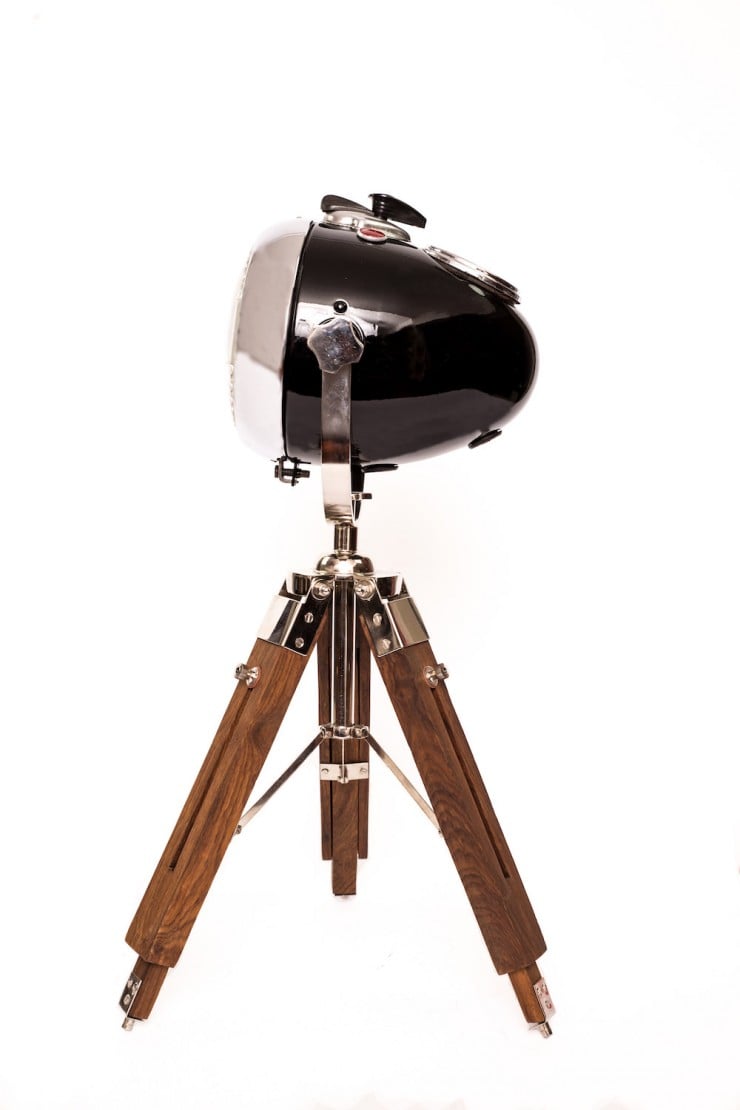 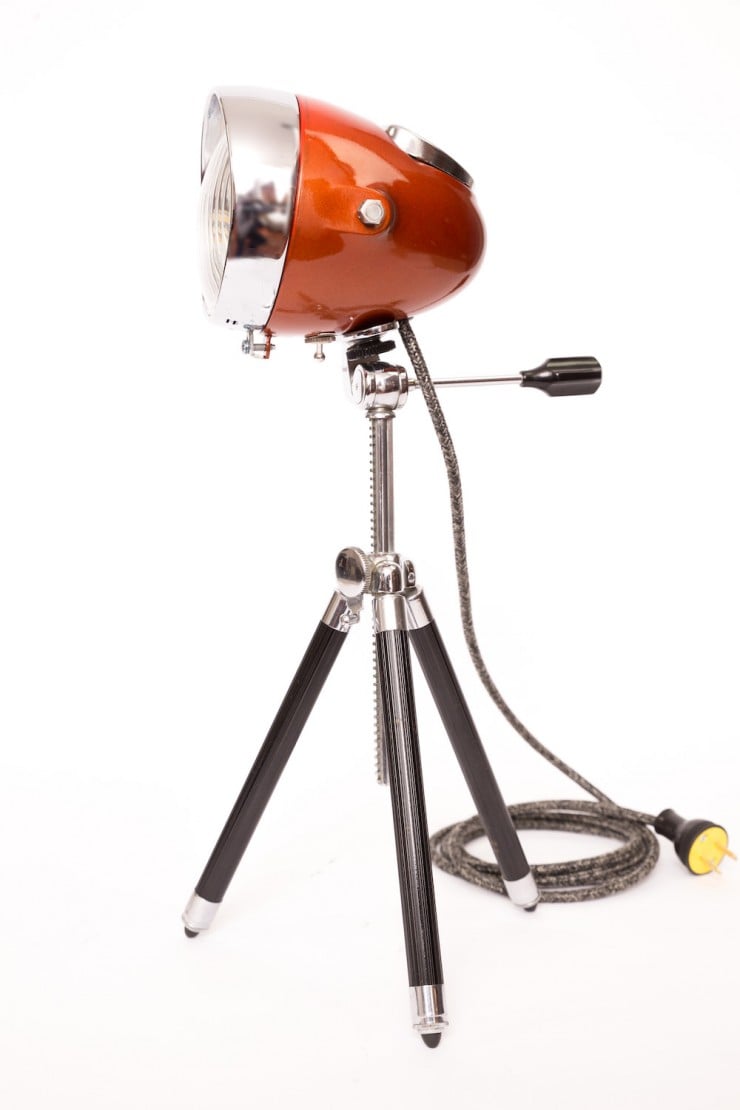 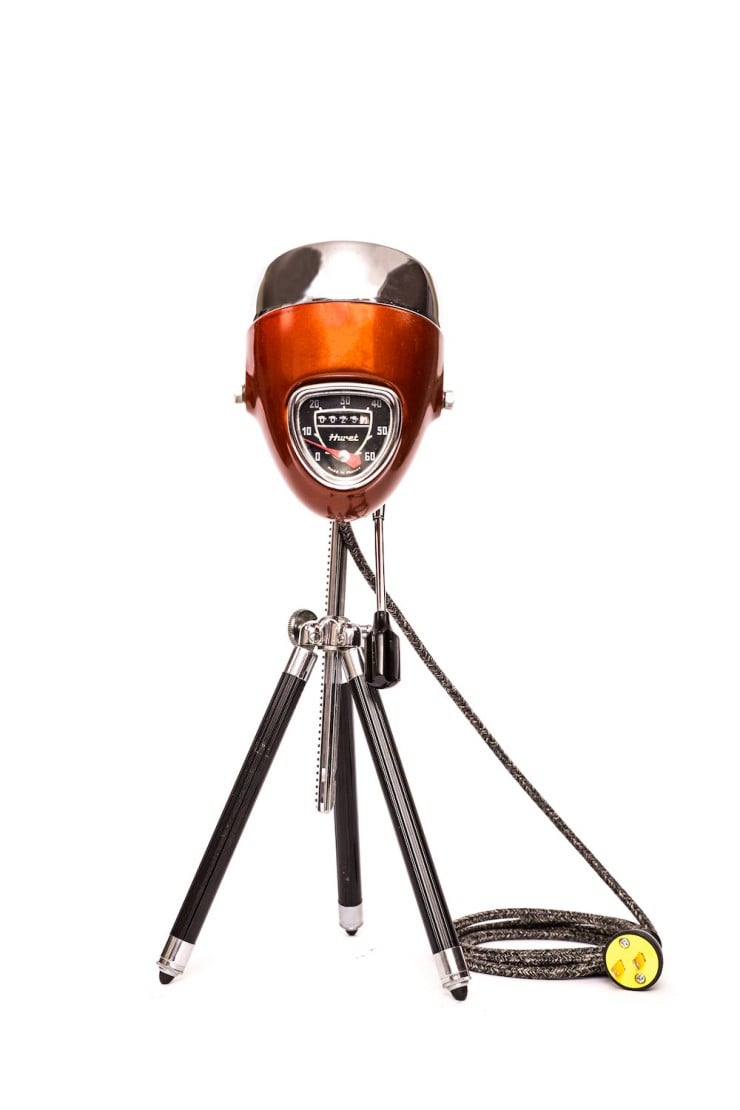