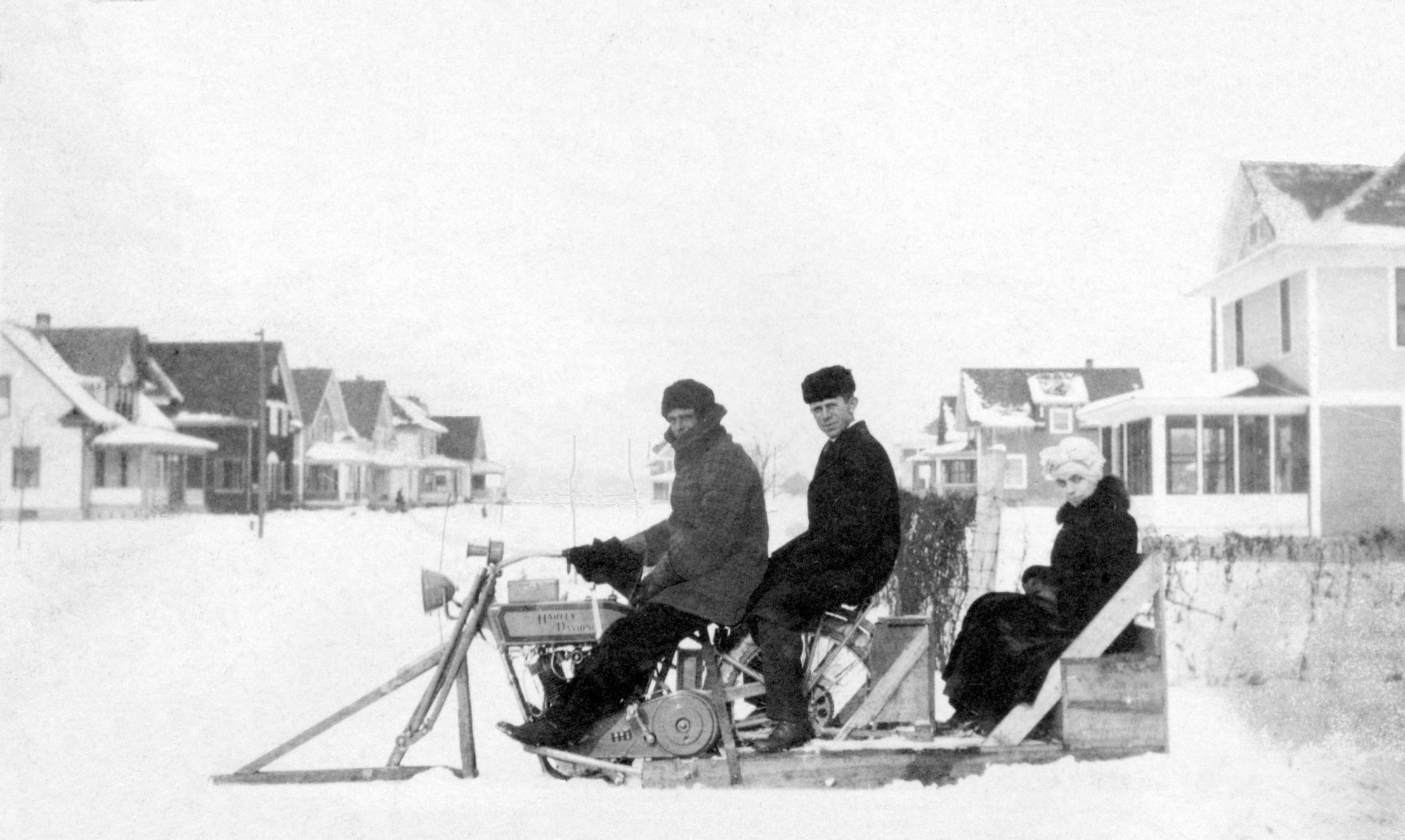 This remarkable looking machine was built by Harlan Ramey in 1916 in Ames, Iowa. It’s based on a 1913 Harley Davidson and it appears to have a front sled added for steering and a small wooden sled added to the rear so he could carry a lady in style.

If you’d like to read a little more about it, click the link to visit the Ames Historical Society.