Chuck Yeager is a man who needs no introduction, he was a fighter pilot who flew P-51 Mustangs in the Second World War but it’s his career after the war that made him a household name. After hostilities ceased in WW2 Yeager became a USAF test pilot, flying many types of aircraft, the most historically significant of which was the experimental rocket-powered plane called the Bell X-1.

Yeager was the first person to break the speed of sound, flying at Mach 1 at 45,000 feet. This feat won him both the Collier and Mackay trophies in 1948. In the years that followed he broke a number of other aircraft speed and altitude records.

Although this would have been more than enough to cement his place in history, Yeager later commanded fighter squadrons and wings in Germany, then in Southeast Asia during the Vietnam War. He was promoted to Brigadier General, and had a career that spanned over 70 years. He’s now 96 years old and still going strong, he even had his own Twitter account where he posts regularly and answers people’s questions, and he has his own website where you can order personalised/autographed memorabilia from him.

This 30 minute long film features Chuck Yeager discussing air combat through World War 2, as well as Korea and Vietnam. The footage came on a VHS tape with the “Deluxe Edition” of Chuck Yeager’s Air Combat Flight Simulation Game in 1991. 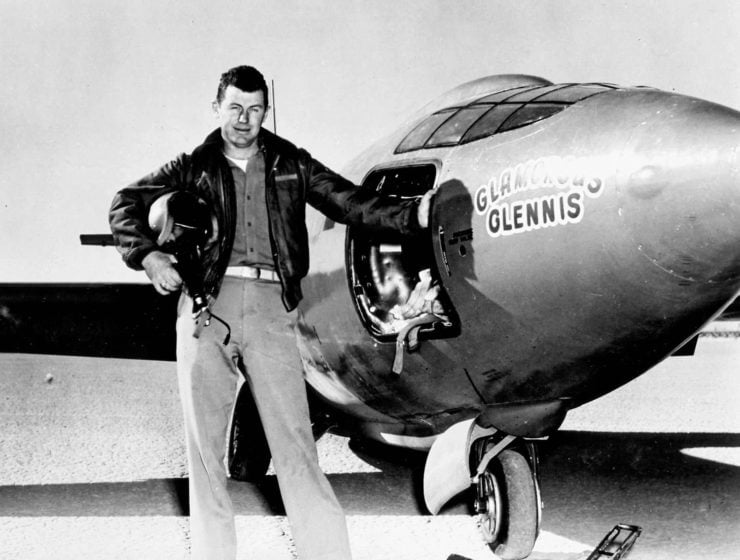 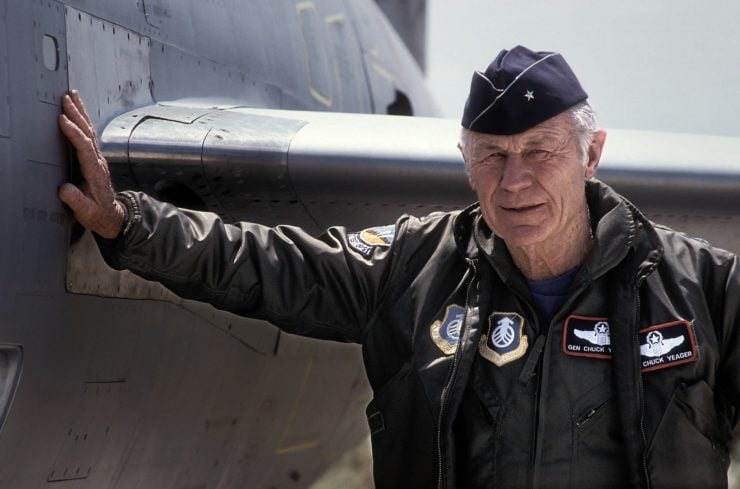 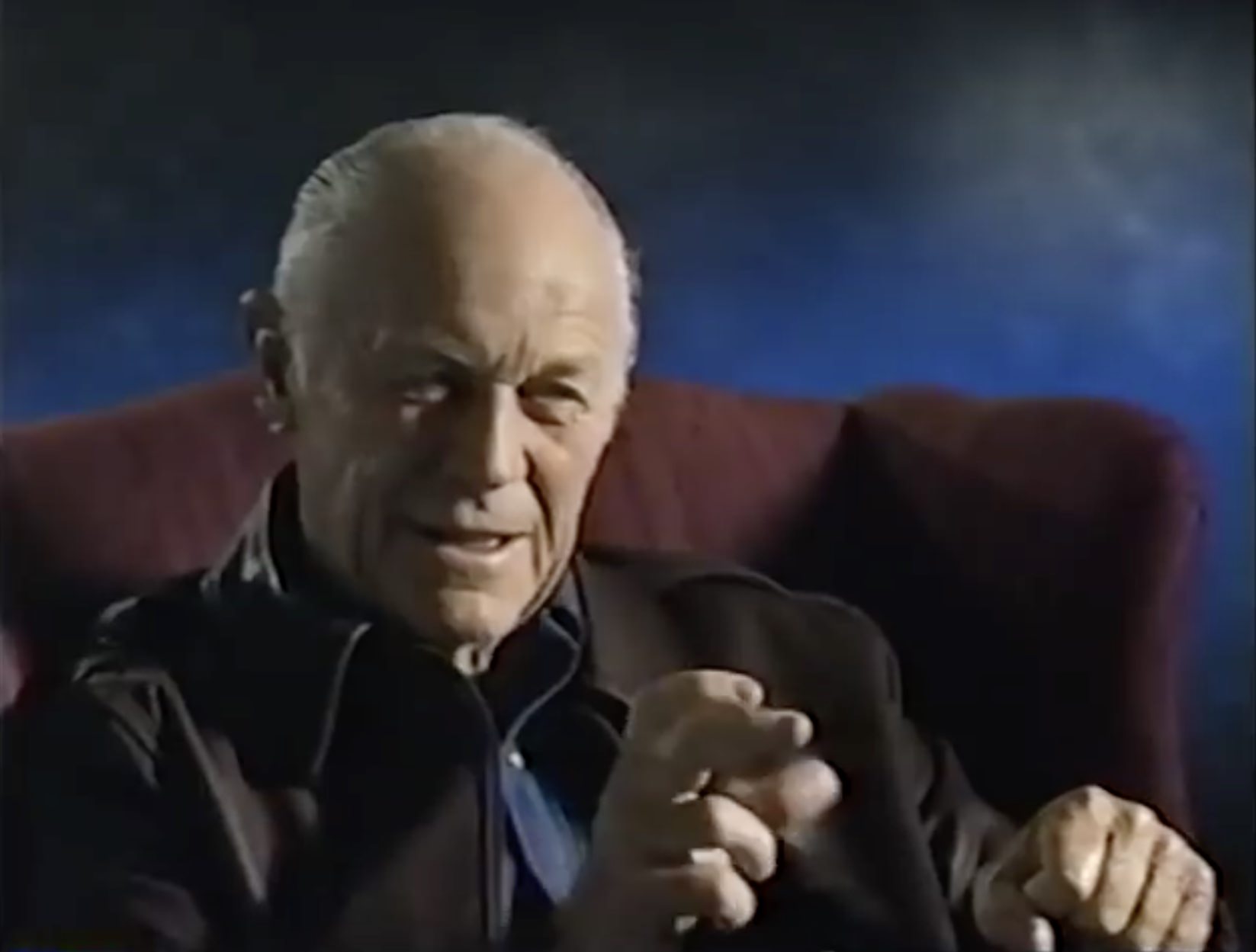