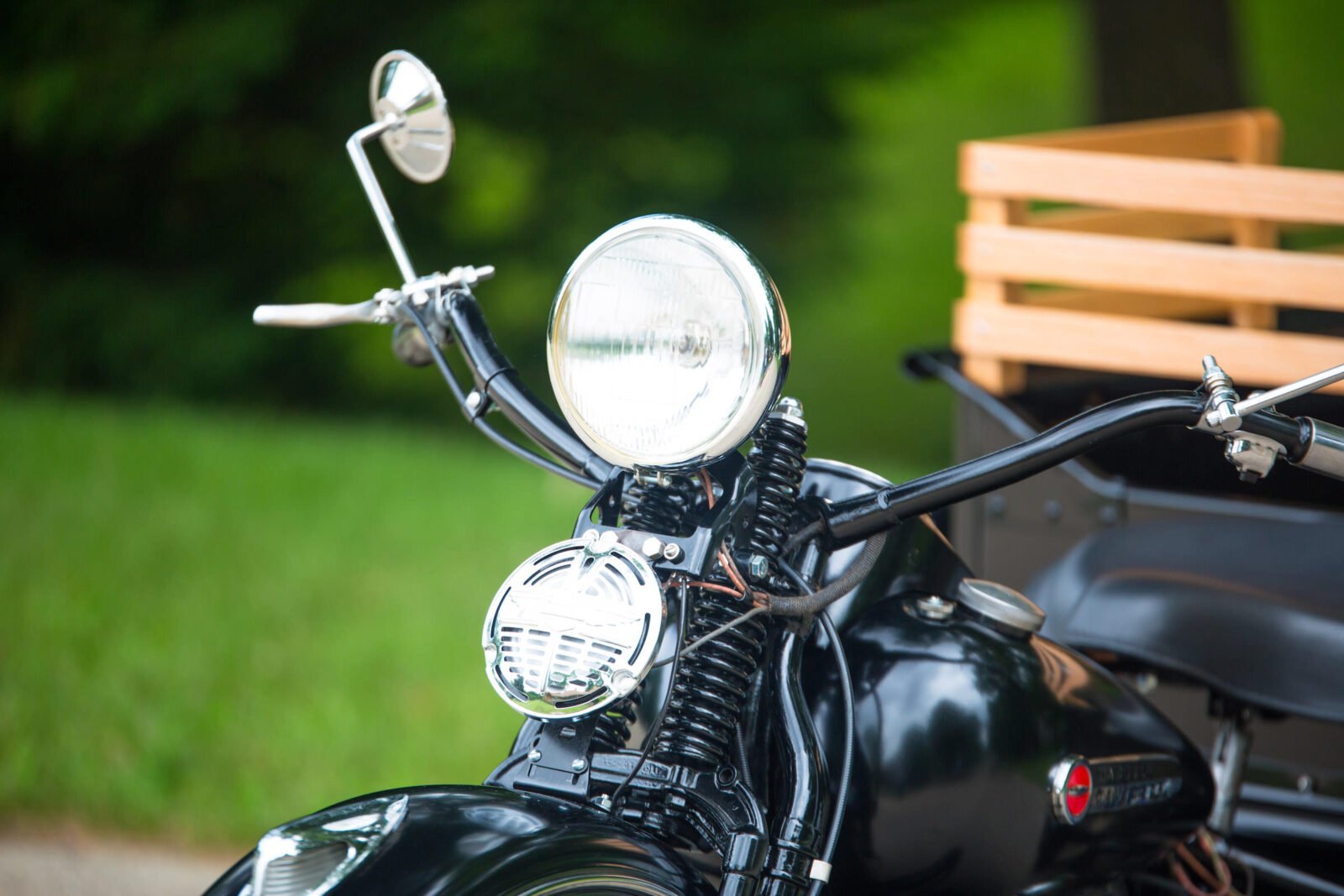 This trike is a combination of two of America’s great early workhorses – the Harley-Davidson Servi-Car and the Model T Ford.

It was built by Sanders Antique Auto Restoration in Rockford, Illinois using an original 1947 Harley-Davidson Servi-Car and a Model T Ford pick bed which was shortened and sectioned to fit the chassis.

The Harley-Davidson Servi-Car was rushed through the design and engineering phase and into production in 1932 as a result of the Great Depression – the management at Harley realized they needed to build a vehicle that could operate as a commercial workhorse.

It’s unlikely that they knew just how popular and versatile the Servi-Car would prove to be, or that it would be one of their longest running production motorcycles, with a run lasting from 1932 till 1973. 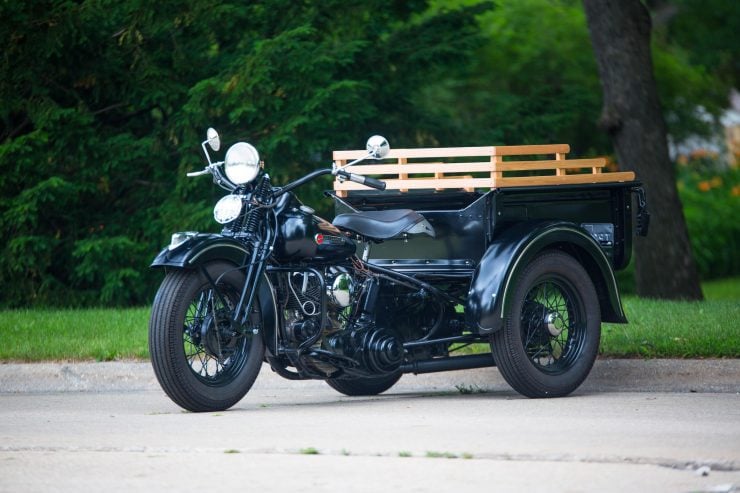 The general public as well as police departments and private companies quickly found a litany of uses for the Servi-Car. Car dealerships would send delivery men out to deliver new cars with a Servi-Car attached to the tow hitch so they could ride back to the showroom, and police departments would send out revenue generating officers to issue parking infringement notices and speeding tickets.

The full list of jobs performed by the Servi-Car is too long to list here, in fact I’m not even sure anyone has ever compiled one. It’s a list that would doubtless extend into the hundreds, possibly even the thousands.

The inexpensive nature of the trike coupled with its low running costs made it ideal for countless small businesses, from mobile mechanics to beach-side ice cream sales, and everything in-between.

The design of the Servi-Car was kept as simple as it was possible for Harley-Davidson to make them, the first version had no rear suspension at all (apart from the tire sidewalls of course) with the solid axle bolted directly to the frame. The front end uses traditional springer forks and it’s powered by the simple-but-effective 45 cubic inch flathead V-twin running through a 3-speed gearbox to a car-like differential. 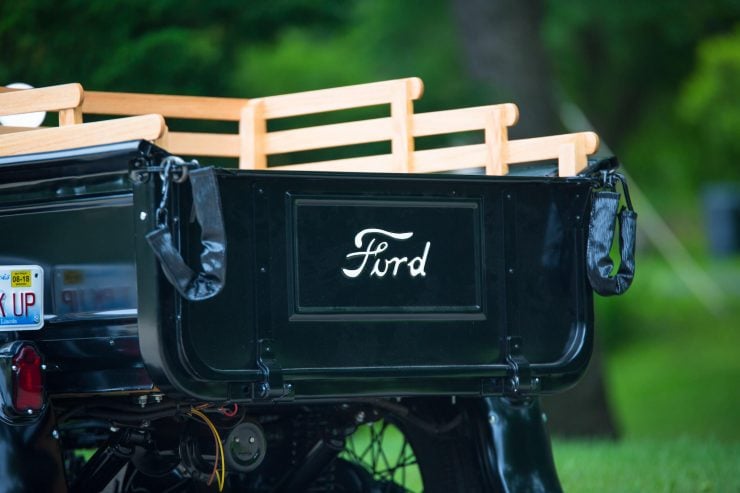 The Servi-Car you see here is one of a kind, it combines two of the most iconic American vehicles of the early 20th century.

The engine and transmission were comprehensively rebuilt by Mikey of Knucklehead Motorworks New Berlin, Wisconsin specifically for this build. The forks were rebuilt during the restoration as well as the differential and electrical system – resulting in a Servi-Car that’s almost certainly in better condition now than it was brand new.

Since its completion the Servi-Car has been featured (in 2017) at the Classics and Chrome Invitational Rockford, Illinois and it’s been garage-kept by a careful owner. Mecum Auctions will be offering it for sale in late August with an estimated hammer price of $20,000 to $30,000, which isn’t bad for a motorcycle that’s guaranteed to gather a crowd wherever it’s parked.

If you’d like to read more about the trike or register to bid you can click here to view the listing. 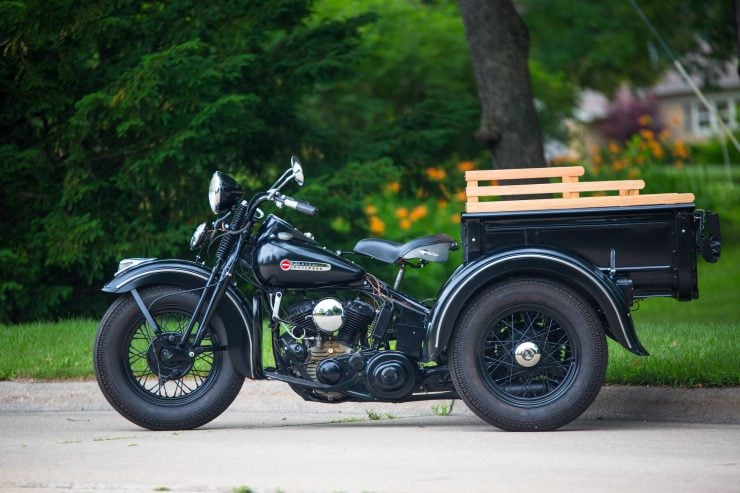 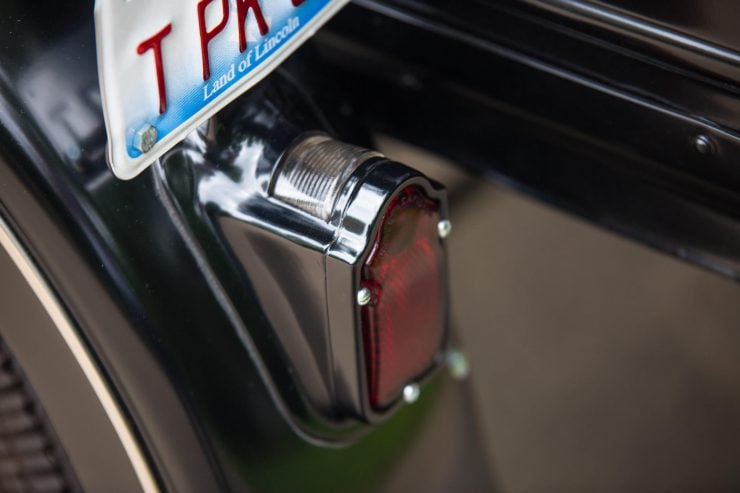 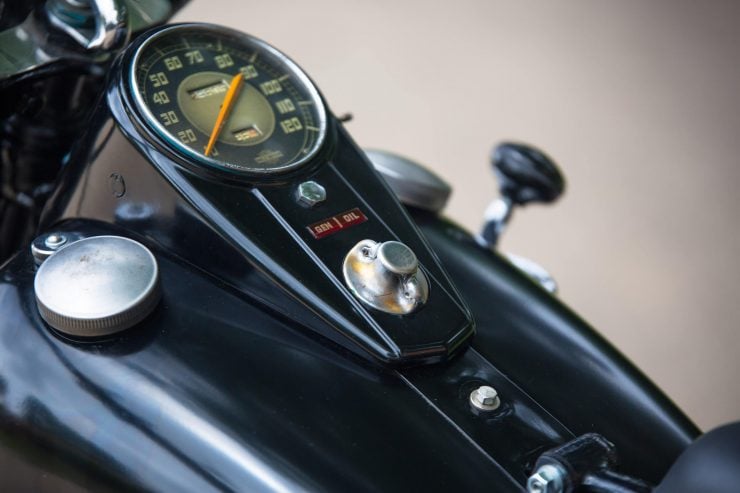 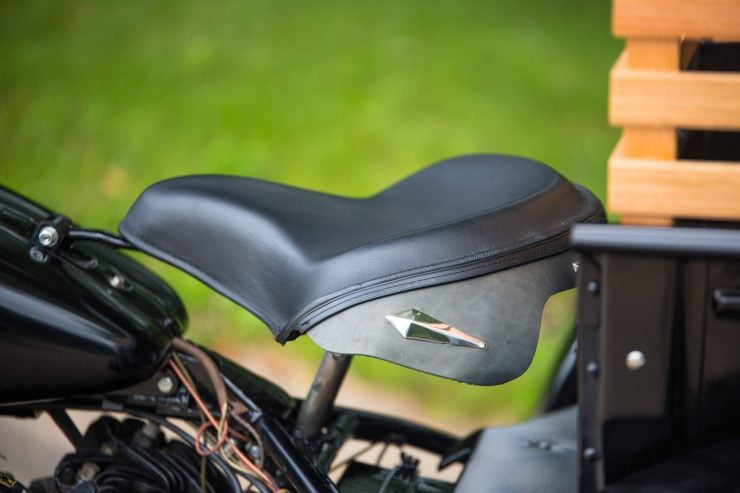 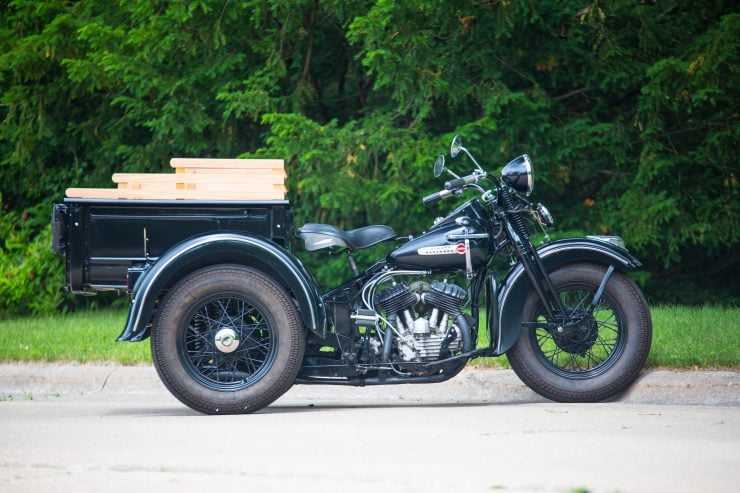 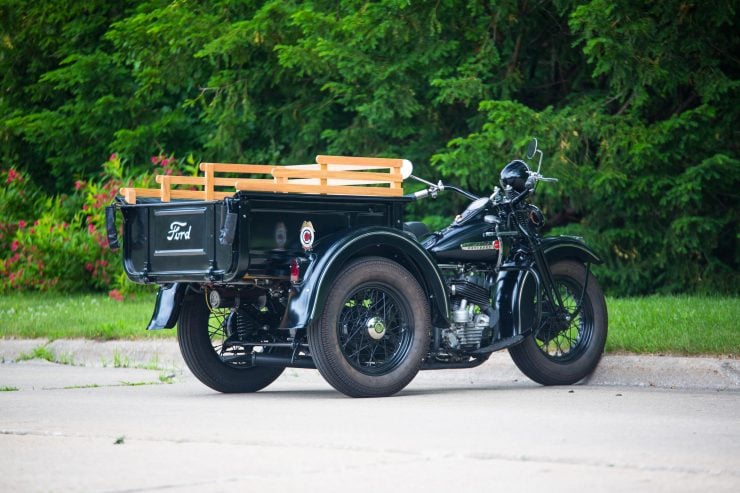 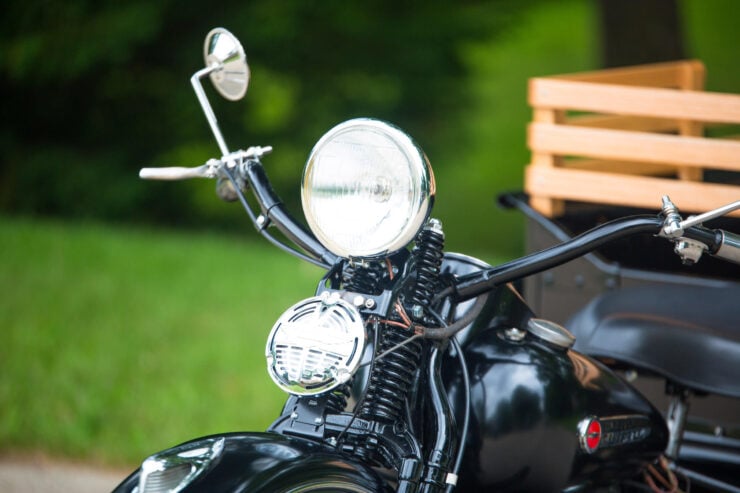 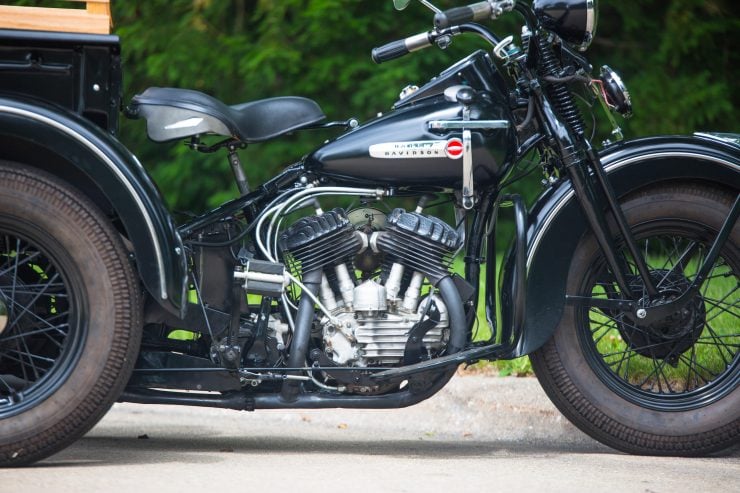 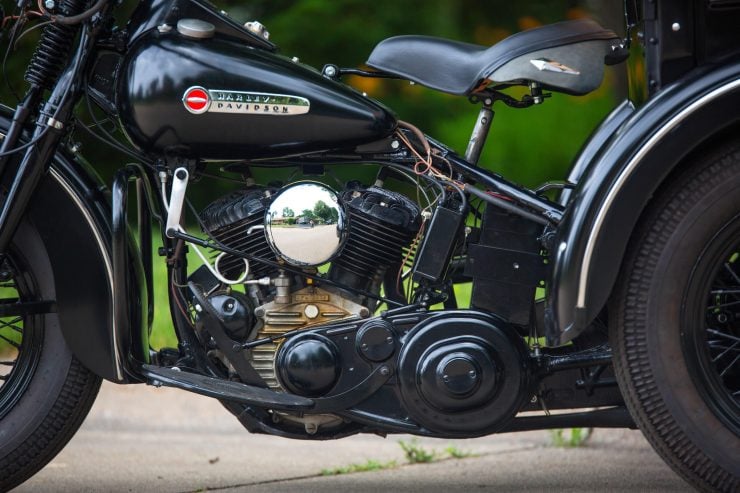 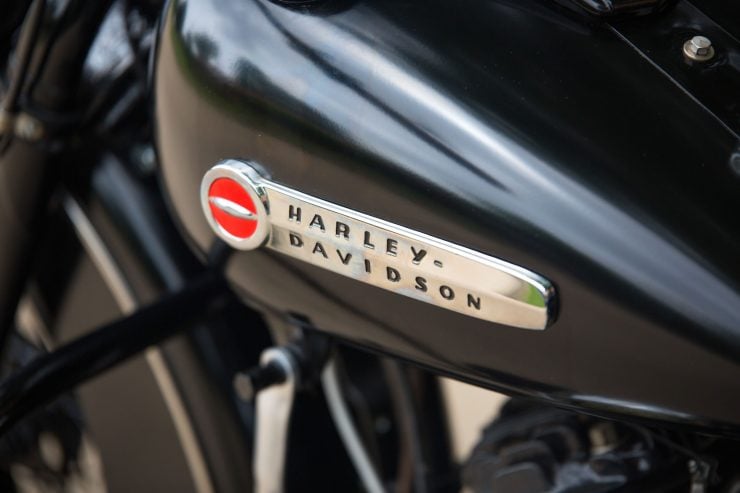 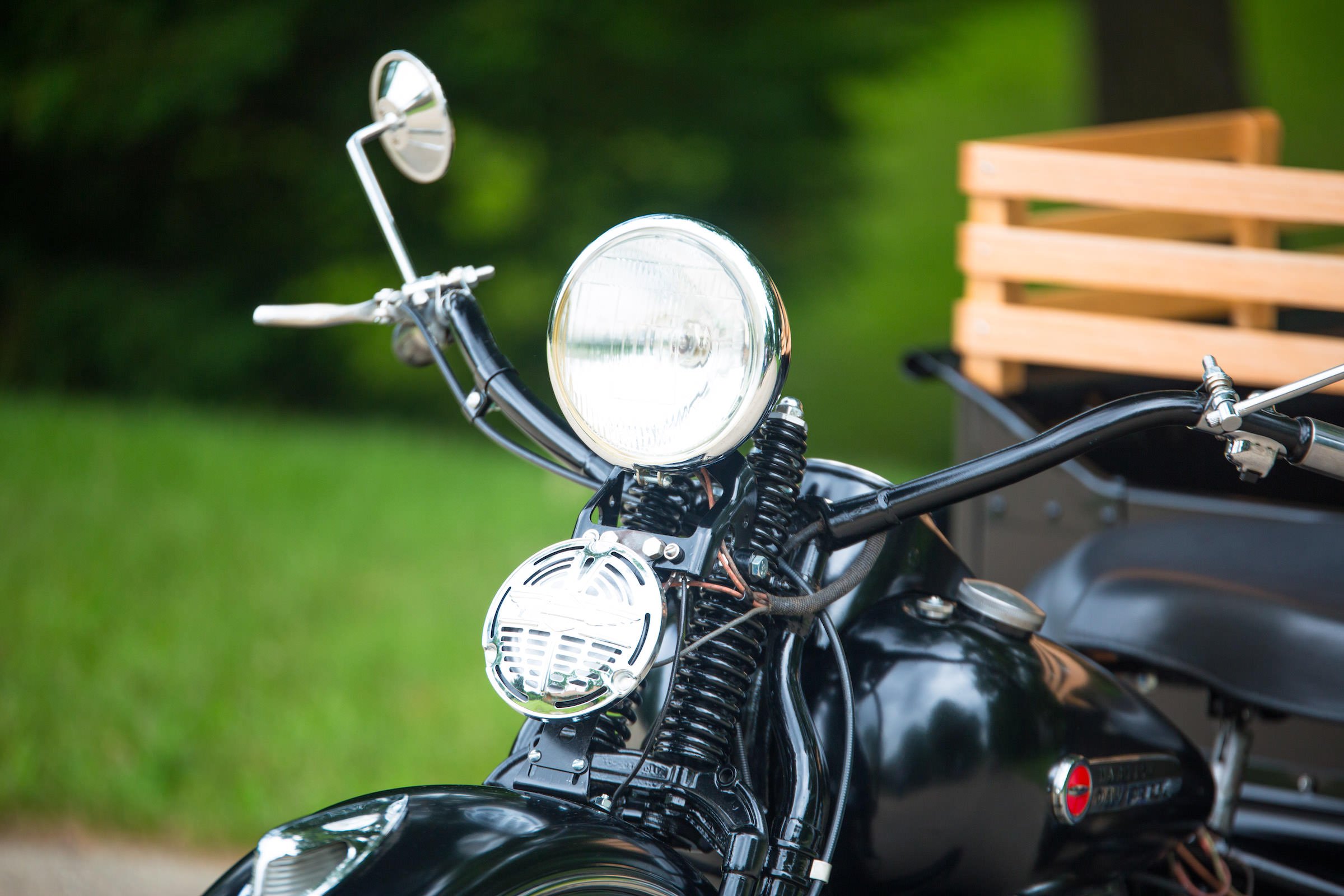