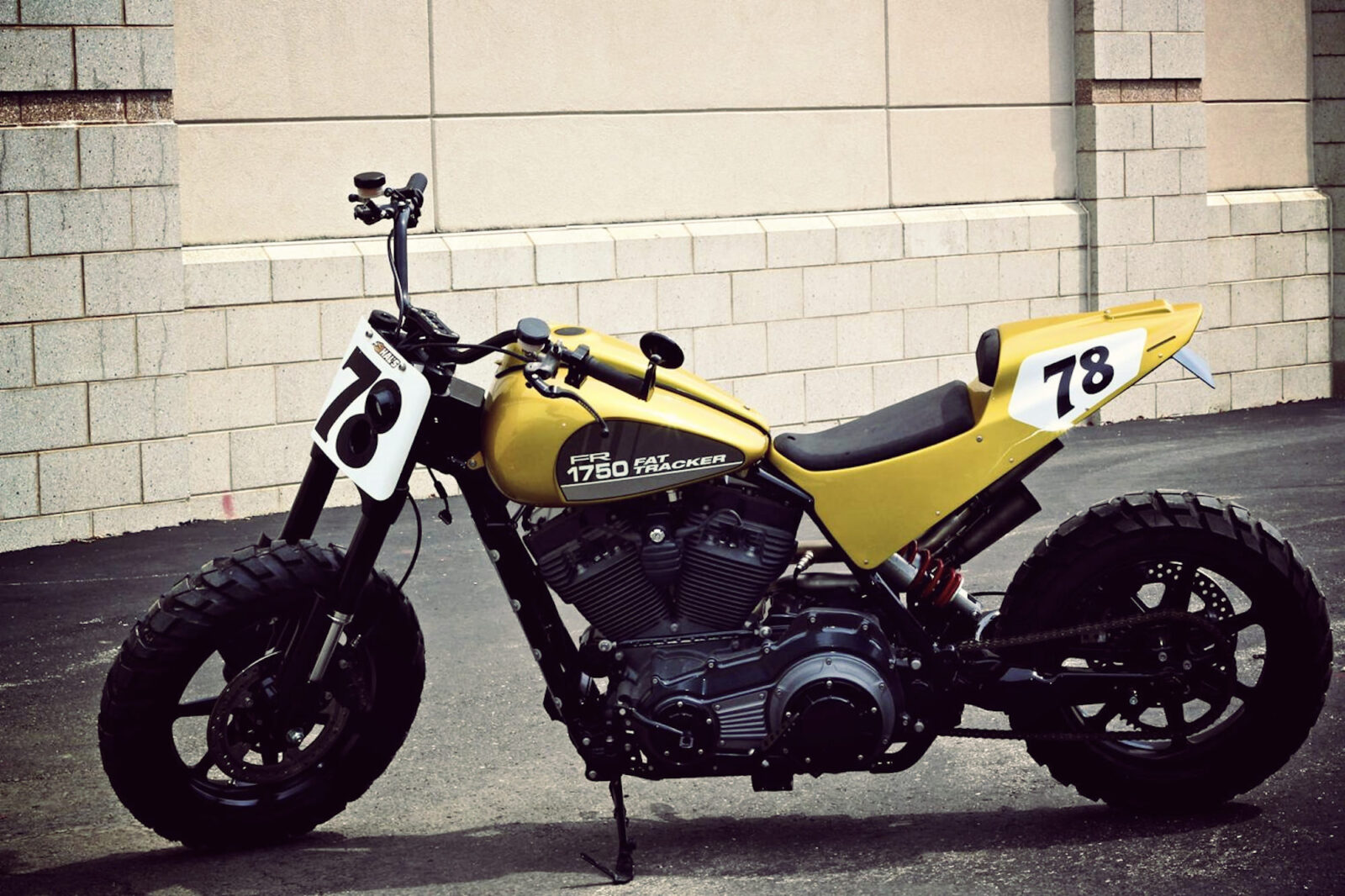 The Harley-Davidson Fat Tracker is one of those unusual builds that I love to feature, it started life as a 2009 FLHR Road King and was acquired by Hal’s Harley-Davidson in New Berlin, Wisconsin in 2013. During the winter the team decided to set about creating something from the FLHR that wasn’t a bagger, a bobber or a chopper – they wanted to see if they could build it into a flat tracker – or a fat tracker in this case.

It isn’t everyday that you’ll find a flat tracker with an engine capacity of 107 cubic inches (1750cc), it’s been further modified with a Silver Moon crankshaft, a modified flywheel, Revolution performance heads, CP pistons, 598 cams and a Harley-Davidson Screamin’ Eagle cam plate. That serpentine exhaust is a hand-fabricated, stainless system made in-house by the guys at Hal’s with Supertrapp silencers.

An FLHX fuel tank has been modified to fit, the side panels were inverted and the mounts were moved forward 2 inches to fit the FLHR frame. The frame was further modified with a new aluminium subsection replacing the stock subframe, a mono-shock rear was adopted from a 1125R Buell and the front suspension was replaced with a set of 2013 V-Rod forks.

The belt drive was switched out for a chain drive, the headlight was replaced with an LED fitted number plate and a classic flat tracker tail section was fabricated from aluminium. The build team was made up of Jon Shearer, Jim Kopydlowski, Tom Fritz, Kirk Topel and Wally Klock, and surprisingly, none of them have yet been allowed to take the Fat Tracker out for a spin on the mud. 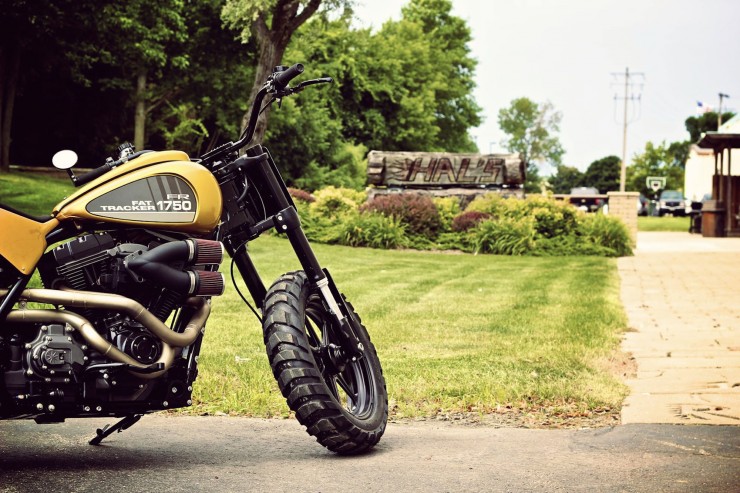 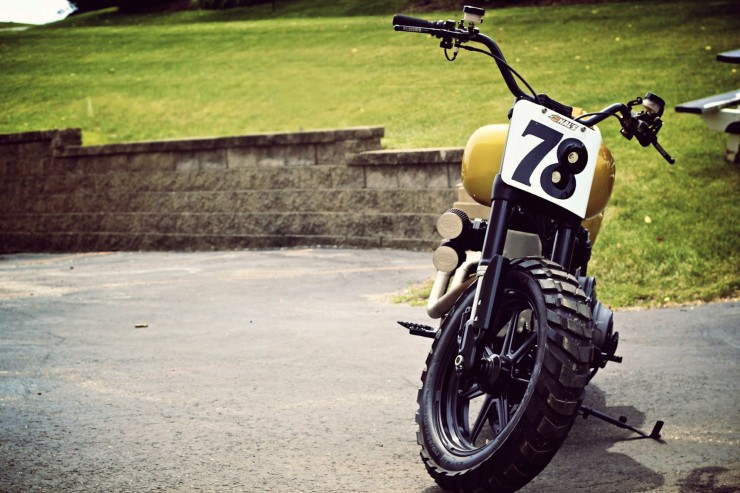 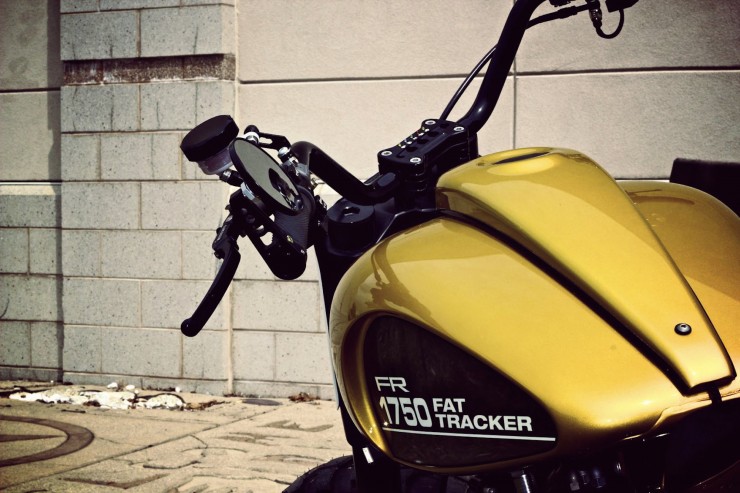 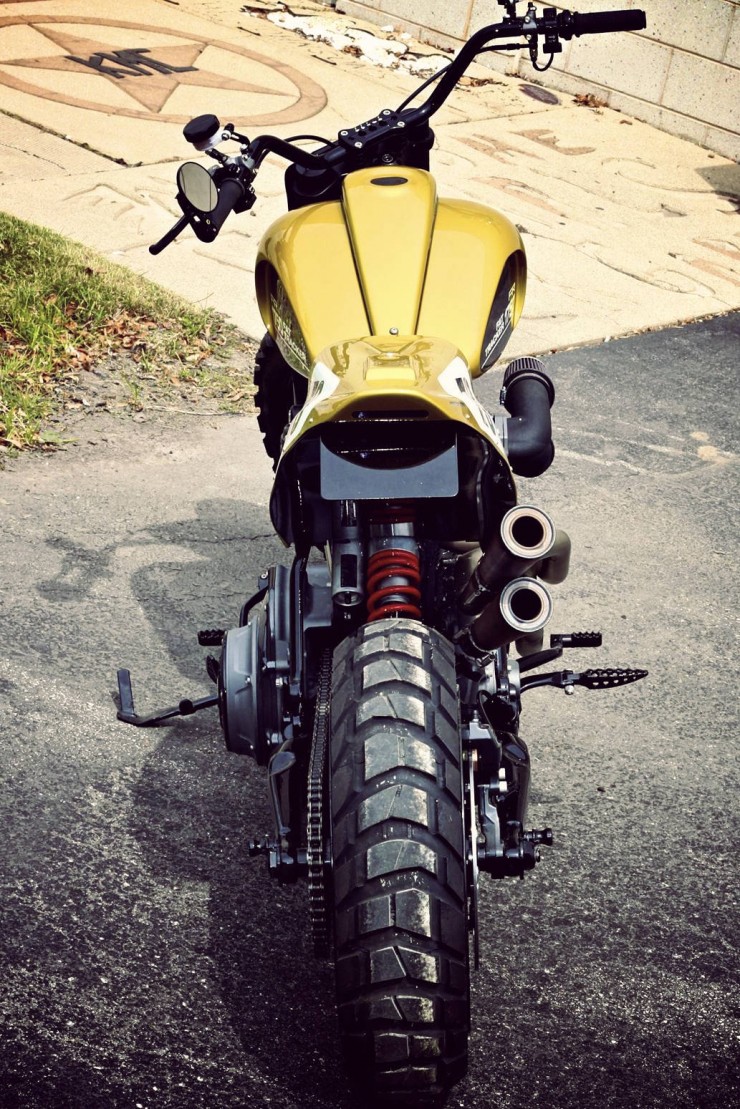 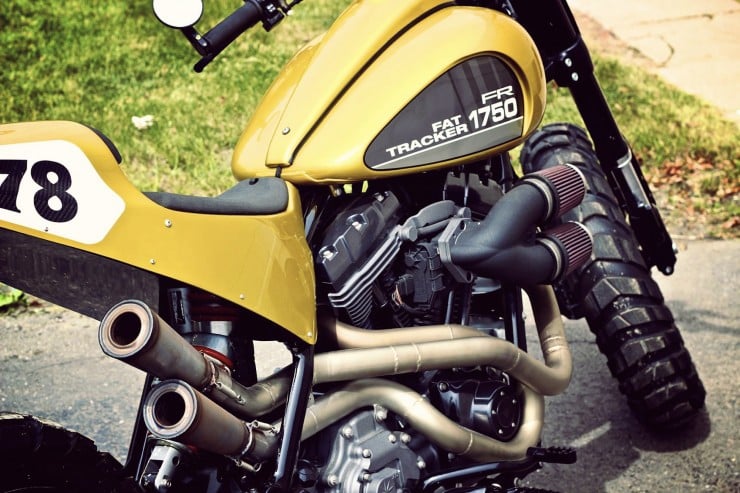 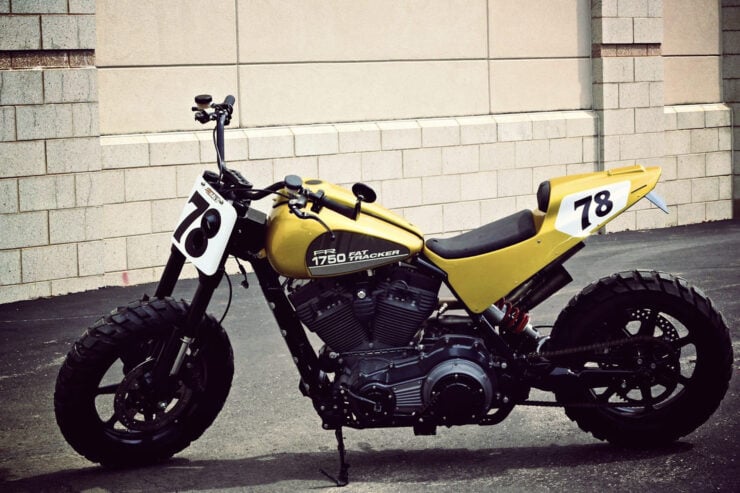 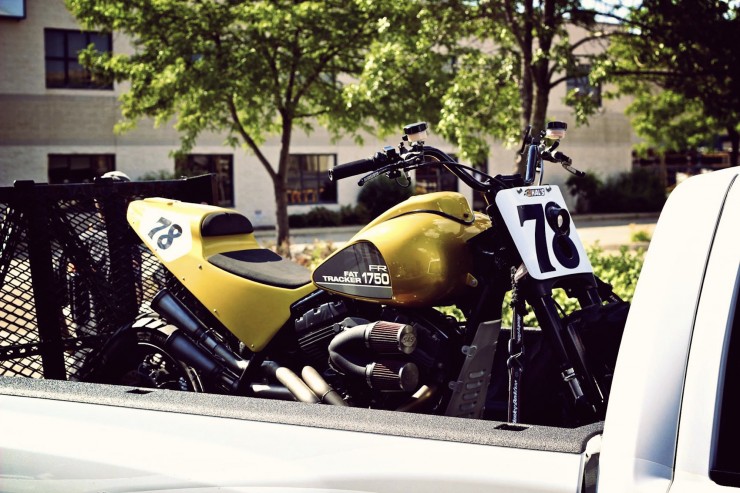 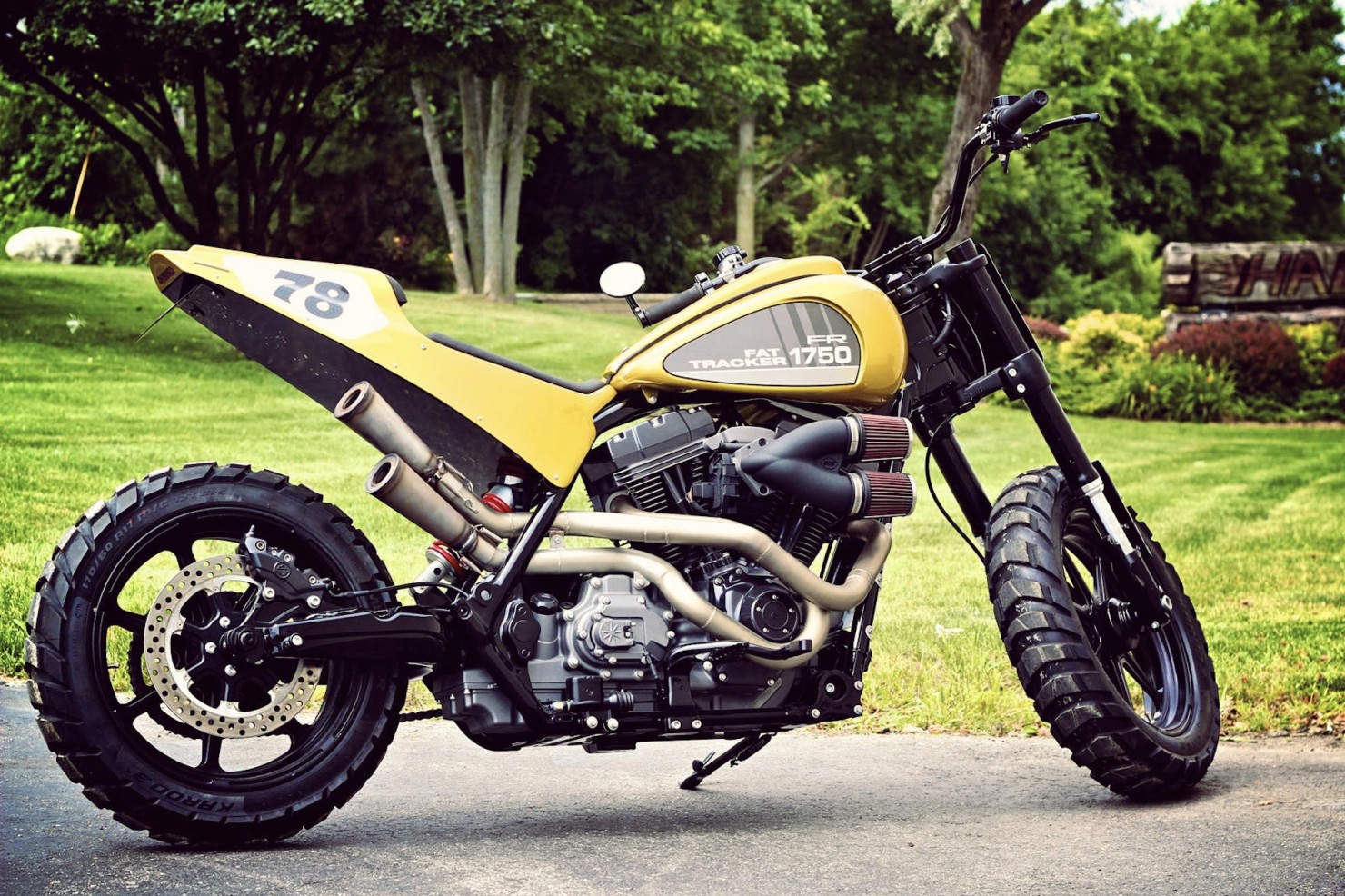 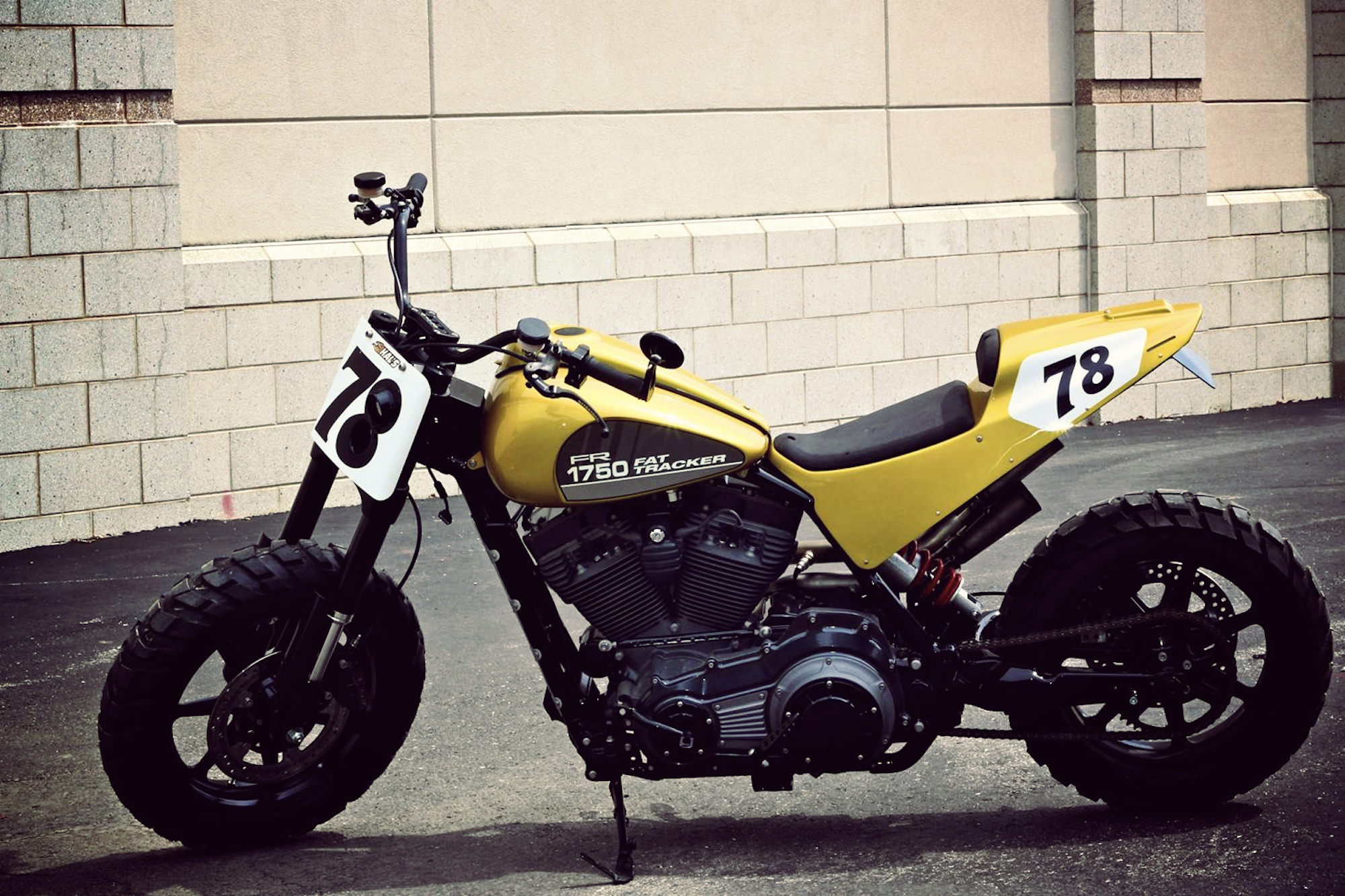