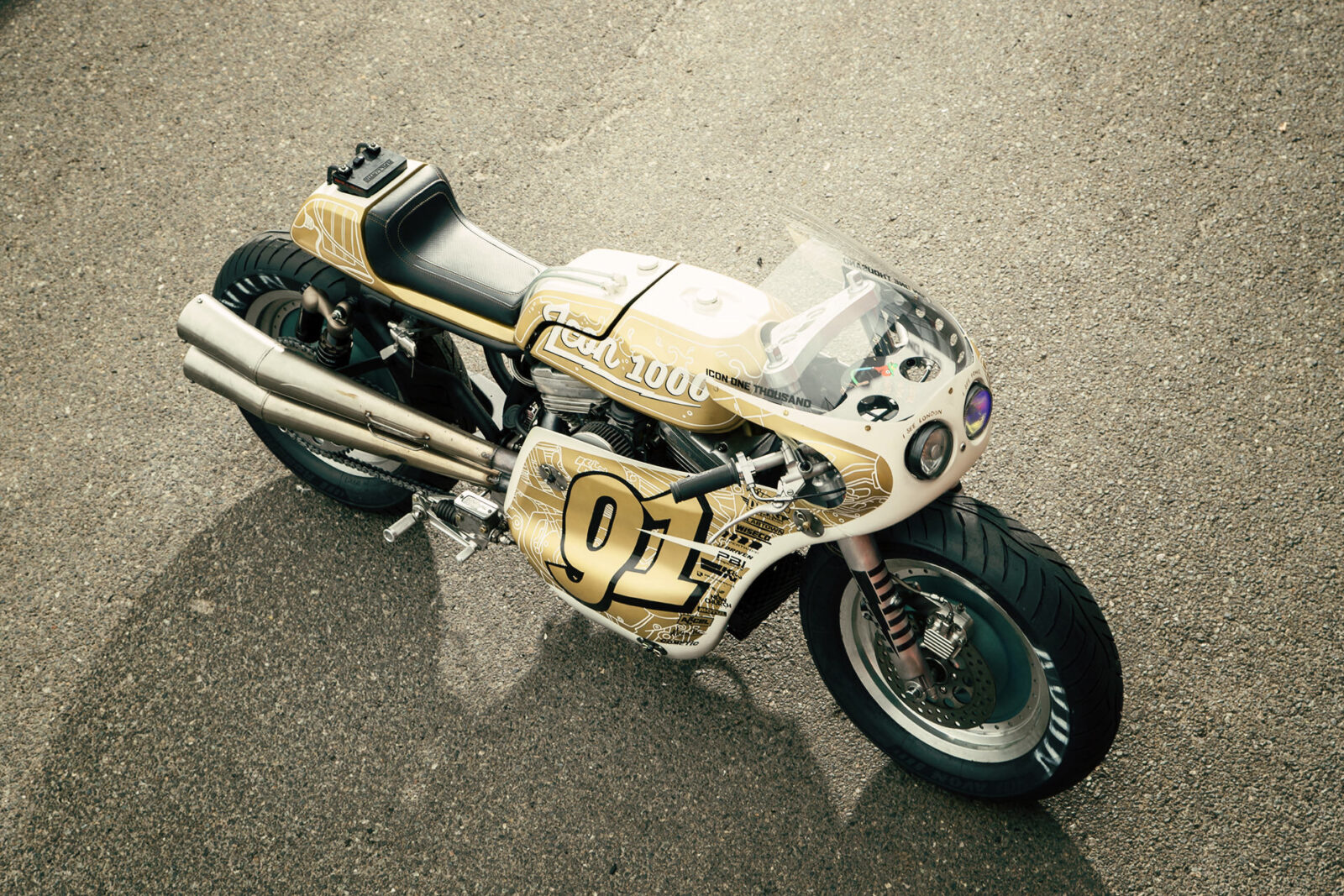 Whenever we feature a custom Harley I always end up in a feedback loop, extolling my opinion that the design department at Harley-Davidson needs a shakeup and that they really need to get back to innovating like they did when the company was young, rather than replicating their past.

Then I remember that it probably isn’t the fault of the designers at all, bean-counters are notoriously risk adverse and in many companies the accountants outrank the people who actually design, build and sell the goods. This has always baffled me. It baffled Henry Ford too, who once famously fired his entire accounts department in order to make room for an expanded sales division. He went on to amass one of the largest fortunes in American history and he was never audited. Not even once.

I guess what I’m trying to say is that if Harley-Davidson really wants to progress they need to be looking forwards, not backwards. By all means they need to learn the lessons of the past, but without pushing things forward with each iteration they just end up sitting still. And sitting still in the fast-paced world of motorcycle production is a death sentence.

Now that I have my rant out of the way I should probably tell you a little about the motorcycle you’re looking at. 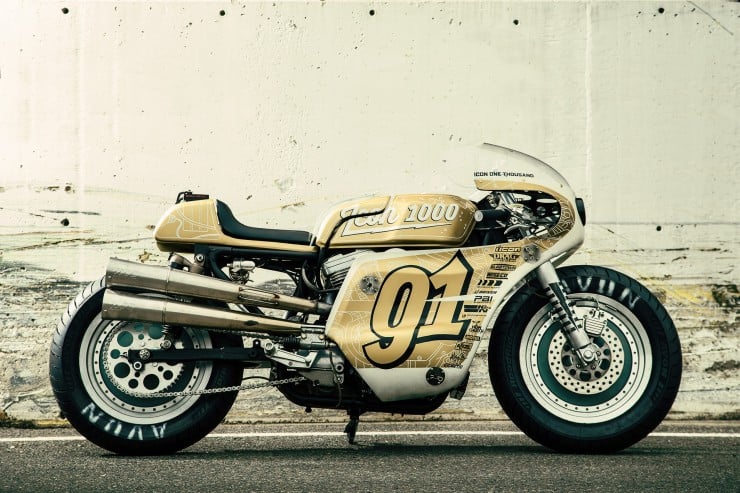 It was designed and built by Kurt Walter – the design director at Icon and easily one of the most uninhibited custom motorcycle builders operating in the United States today. It started life as a well used 1991 Harley-Davidson Sportster with an 883 V-Twin, a 5-speed transmission and a hefty weight of over 600lbs.

Once the original bike was delivered to the Icon garage a full strip down was undertaken and many of the moving parts were discarded. New front and rear suspension was bolted into place, an entirely new ’70s-endurance style fairing was made and fixed into place and a Wiseco Big Bore Kit was bolted into place, boosting swept volume from 883cc to 1200cc and offering a significant bump in power.

Twin SuperTrapp exhausts were sourced and fitted, giving the bike an incredible right-side profile. The fairing was then painted by the talented team at Garage 31 and a handmade seat by New Church Moto was fitted and painted to match.

Although I know the probability of Harley-Davidson building a Sportster that looks even remotely like this is faint, I do think it’d be a hell of a fun bike to ride. Hopefully one day soon Kurt Walter will get a call from Milwaukee and the offer of a joint project will be extended. The finished product would be a hell of a thing to behold. 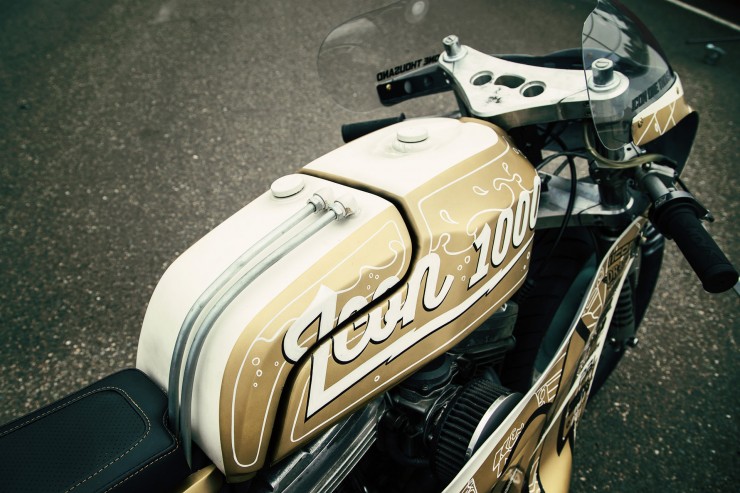 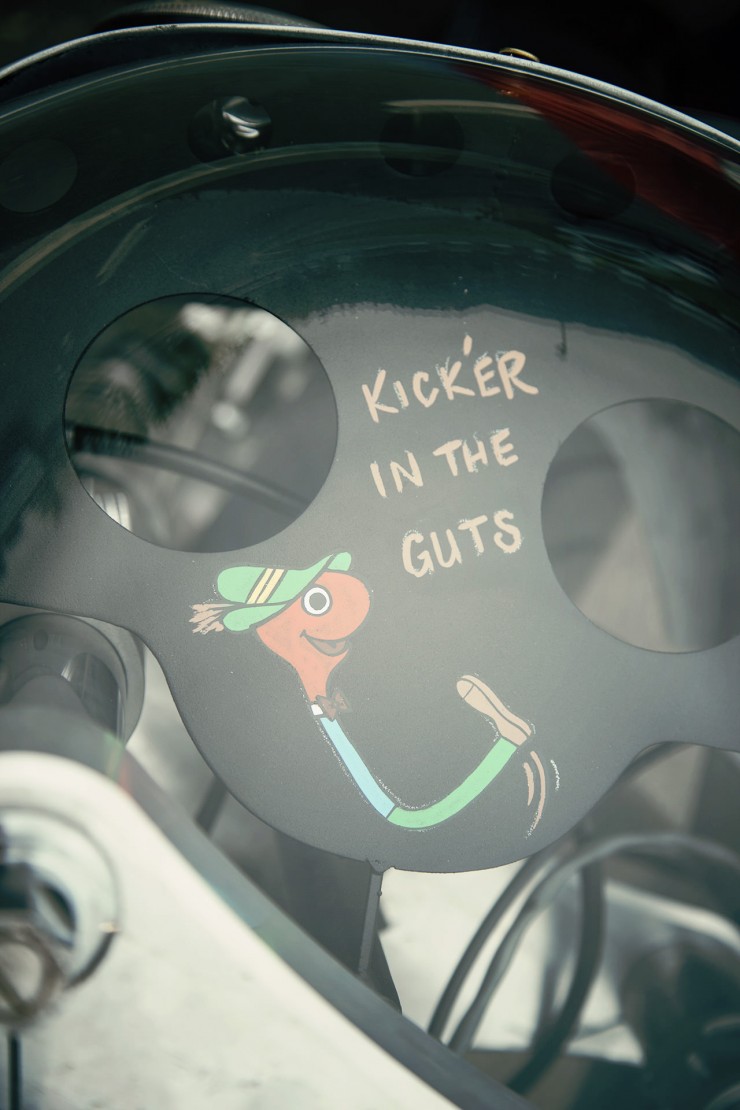 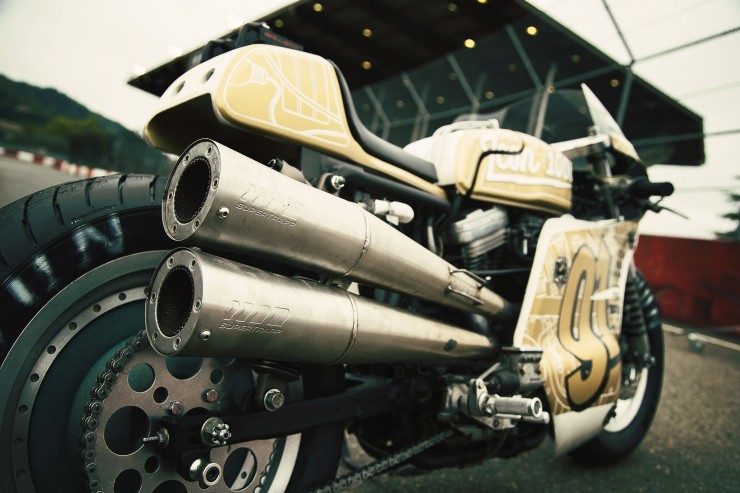 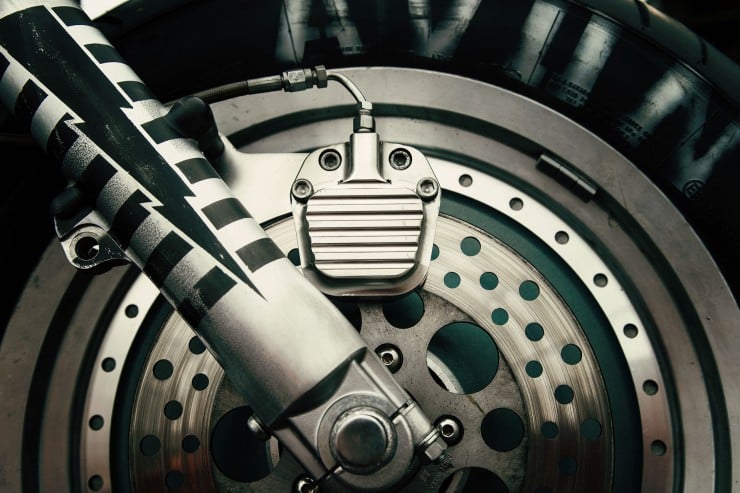 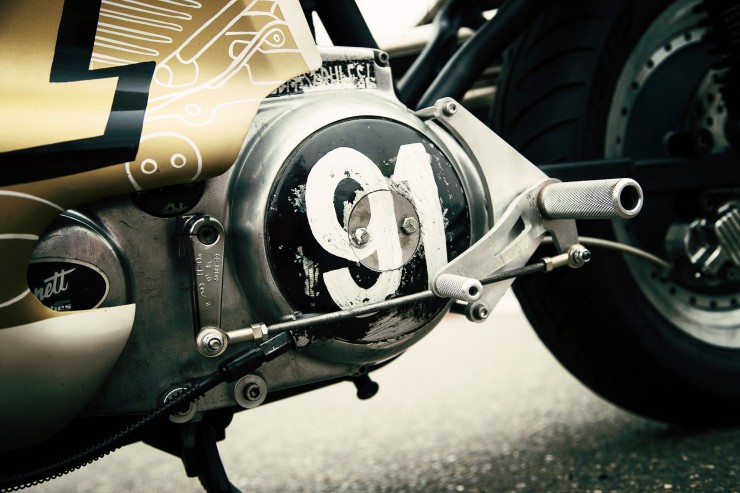 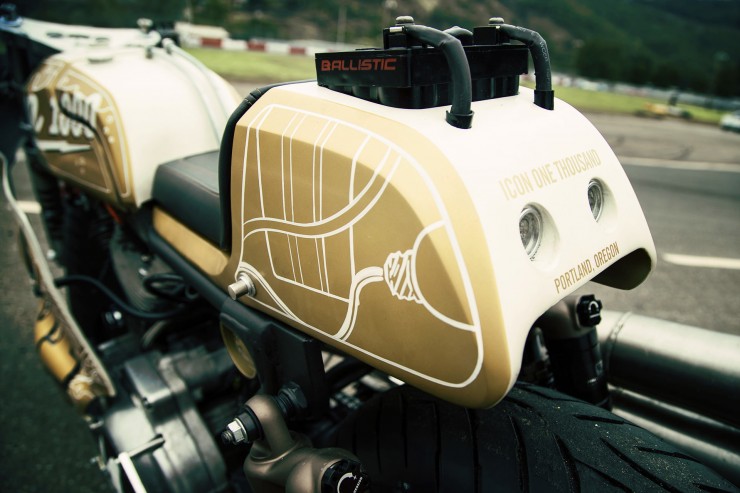 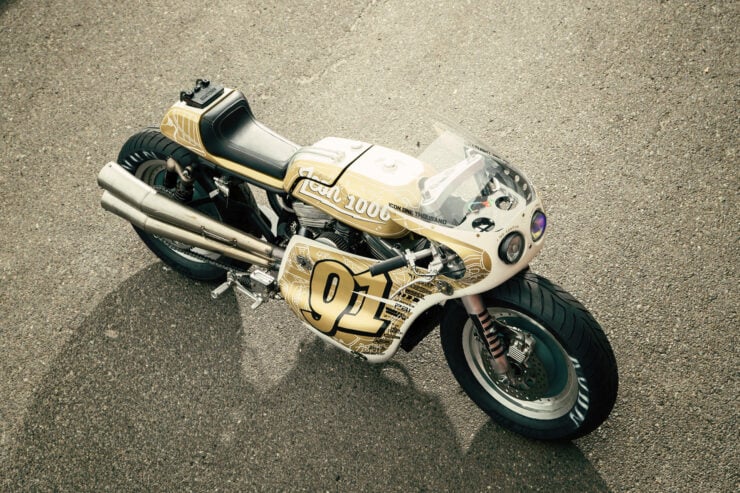 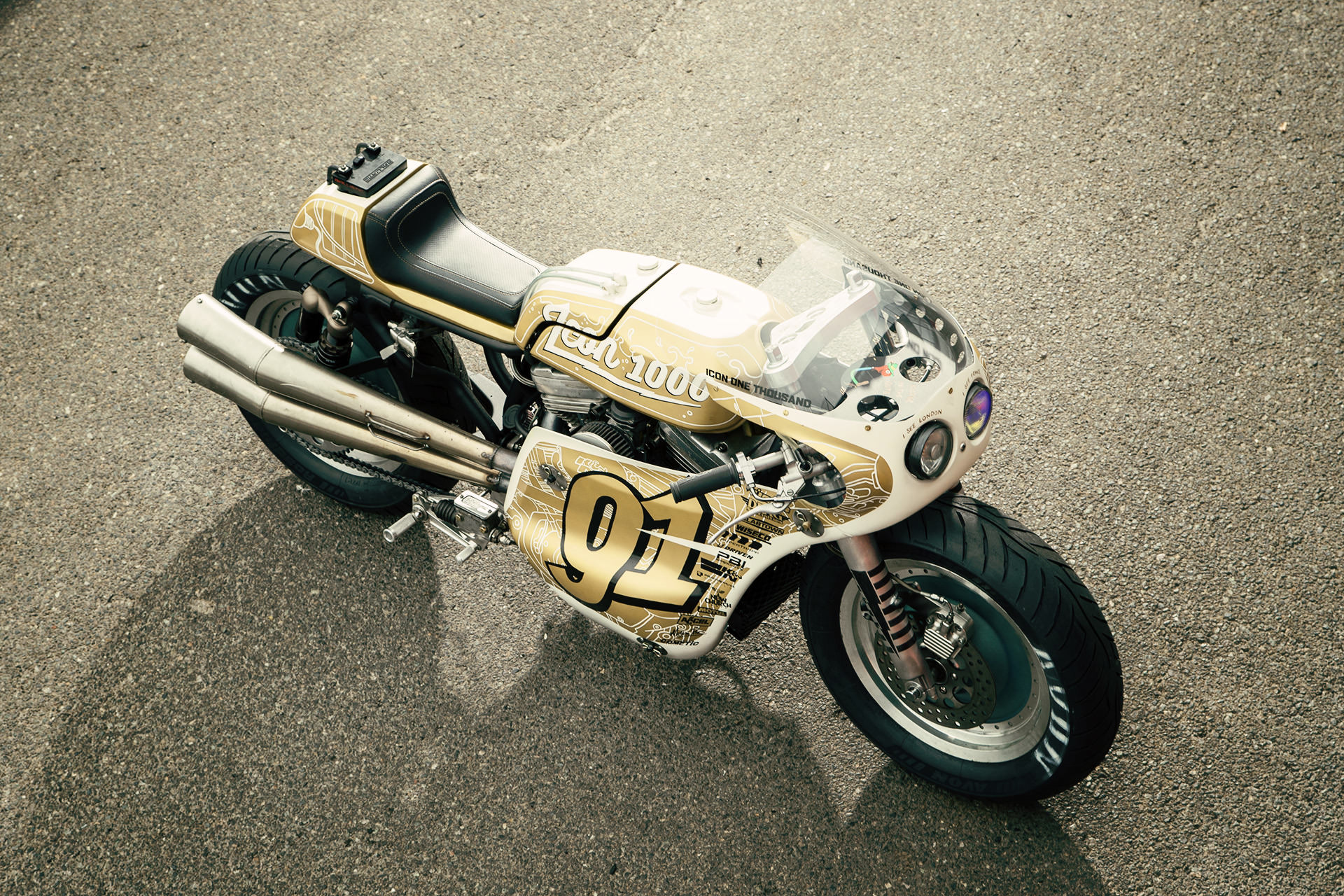