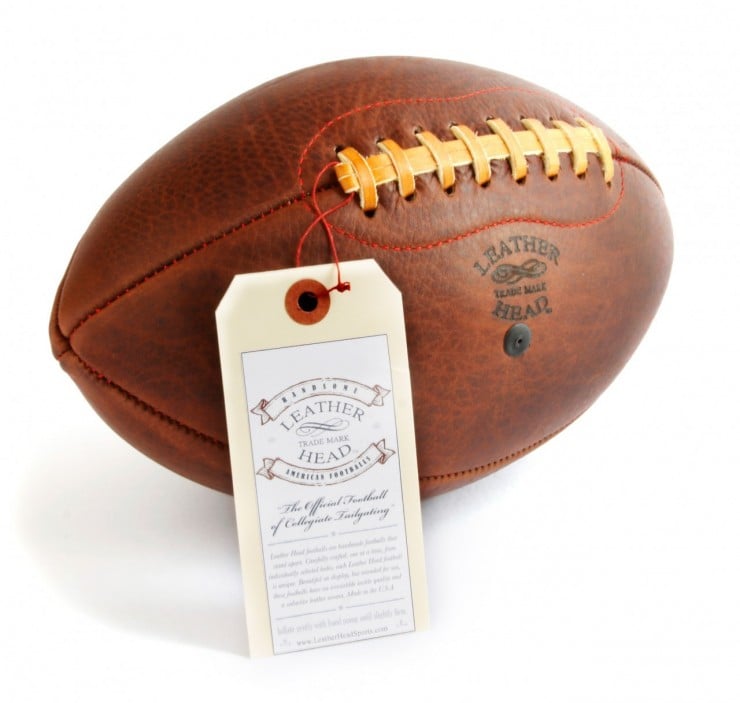 As summer descends on the northern hemisphere we’ll all be spending more time outdoors – doing things like throwing balls around, BBQing and drinking beer whilst throwing balls around and BBQing. If you’re in the market for a new football that’s perfect for long afternoons at the park, this all American ball dubbed “Handsome Dan” might be worth a look.

Each ball made by Leatherhead is hand-stitched from American leather, has a 19″ diameter and a classic look reminiscent of the balls used by the original “leather heads” back in the formative days of American Football. 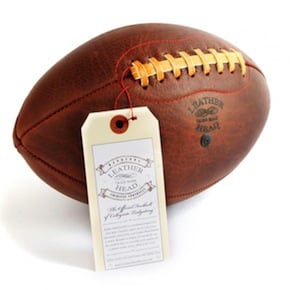