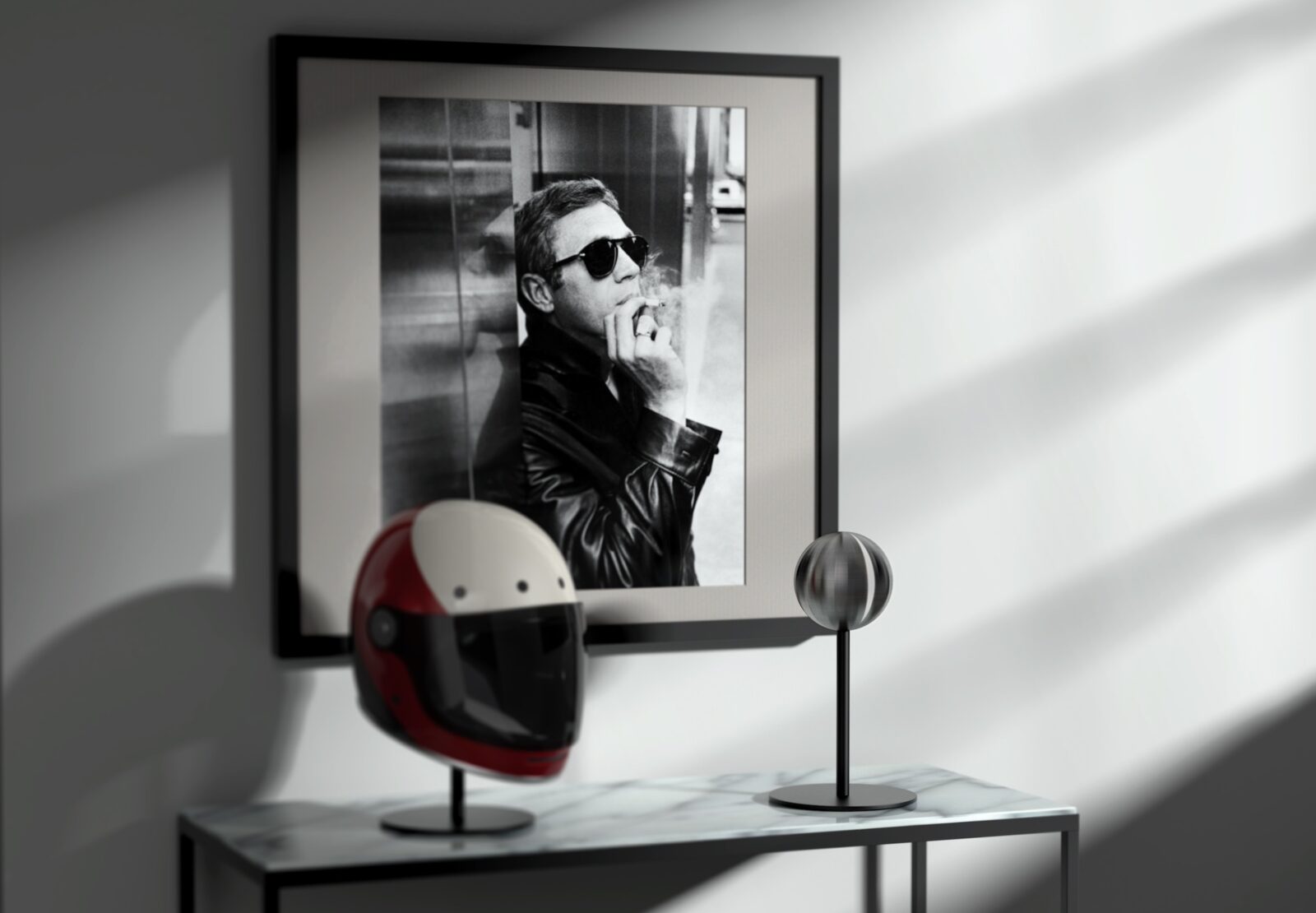 The Halley Helmet Stand is a minimalist helmet stand designed to protect your helmet’s impact absorbing liner by dispersing its weight over a sphere, rather than over a hook or a knob.

Helmet storage is a problem for many of us, they’re often left on coat hooks or flat table tops, neither of which is ideal. Flat table tops don’t allow the inside of the helmet to breathe or dry out which can lead to mould and mildew, and hooks can dent the impact absorbing liner causing it to be less effective in the event of an accident.

The Halley Helmet Stand gets around both of these issues by allowing the helmet to breathe and spreading out its weight, it also has the added benefit of turning your helmet into a desk feature in your home or office.

The team at Halley are based in Barcelona in Spain, they have a strong focus on quality and design, and they initially made a name for themselves with their helmet wall rack. Their new helmet stand design takes cues from the earlier model but does away with the need to mount it to a wall.

Each Halley Helmet Stand has a brushed stainless steel sphere mounted to a laser cut black steel base, and the underside of the base has an anti-slip EDPM rubber layer. 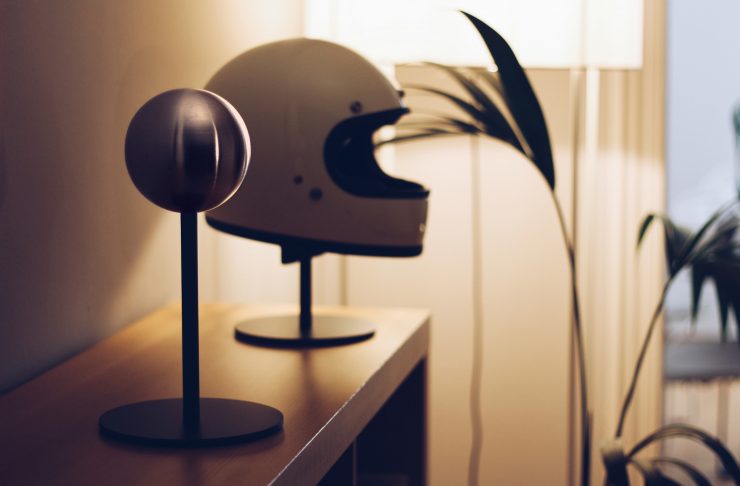 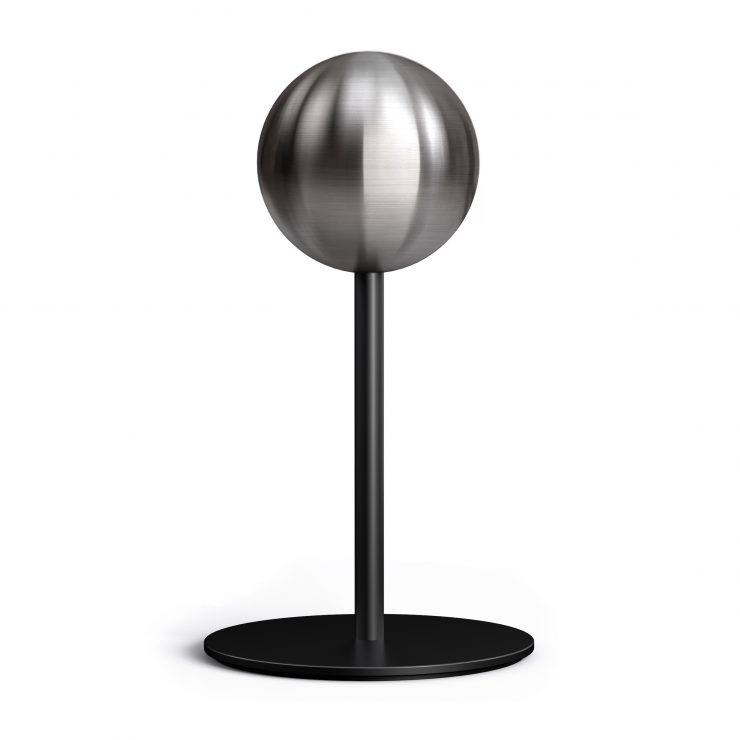 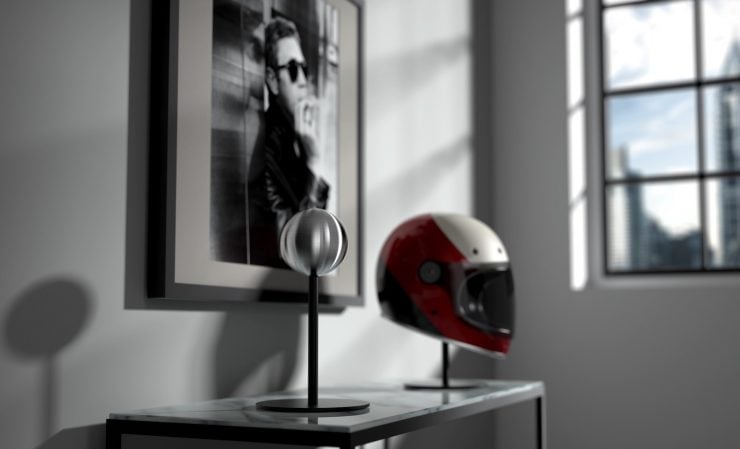 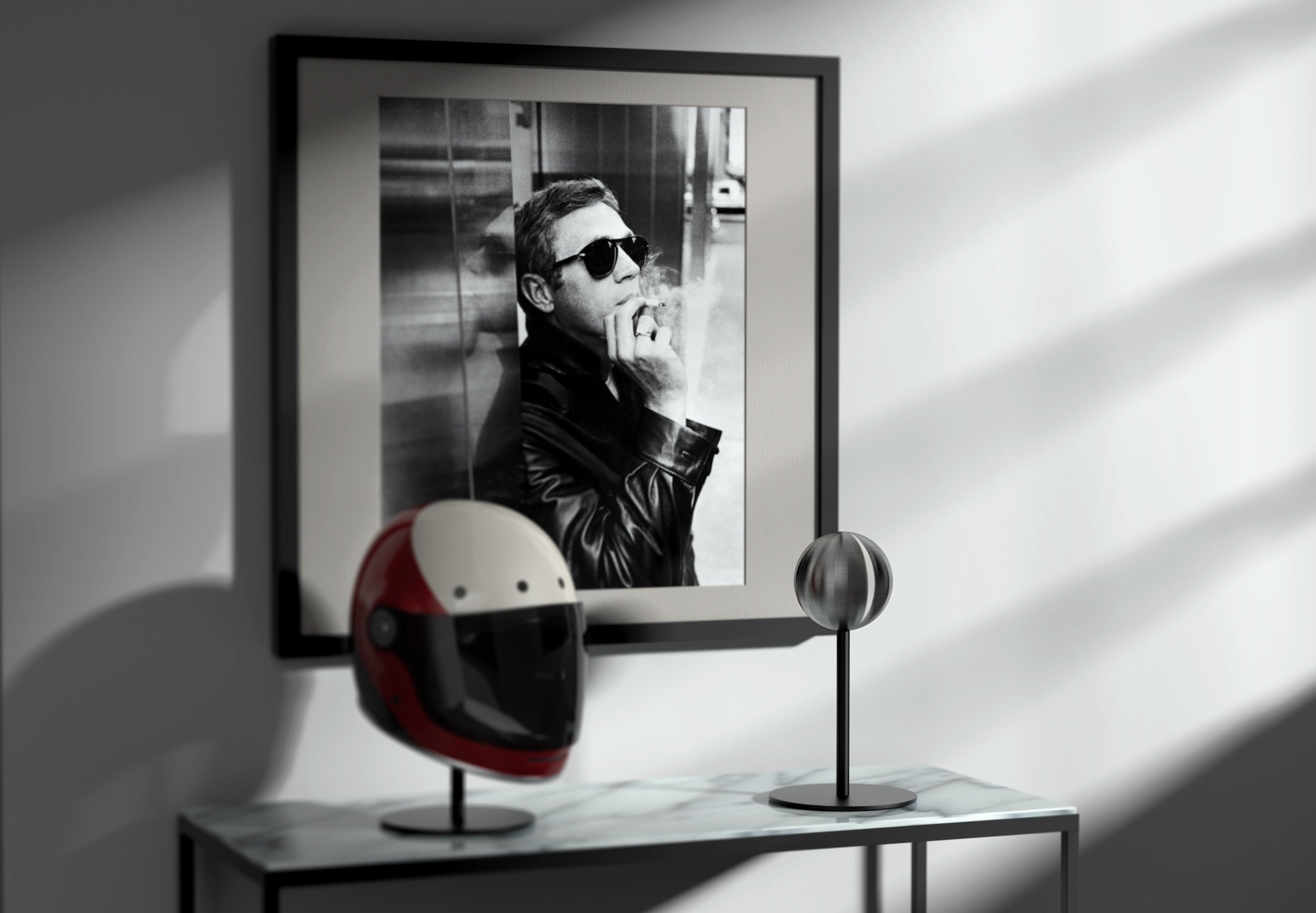