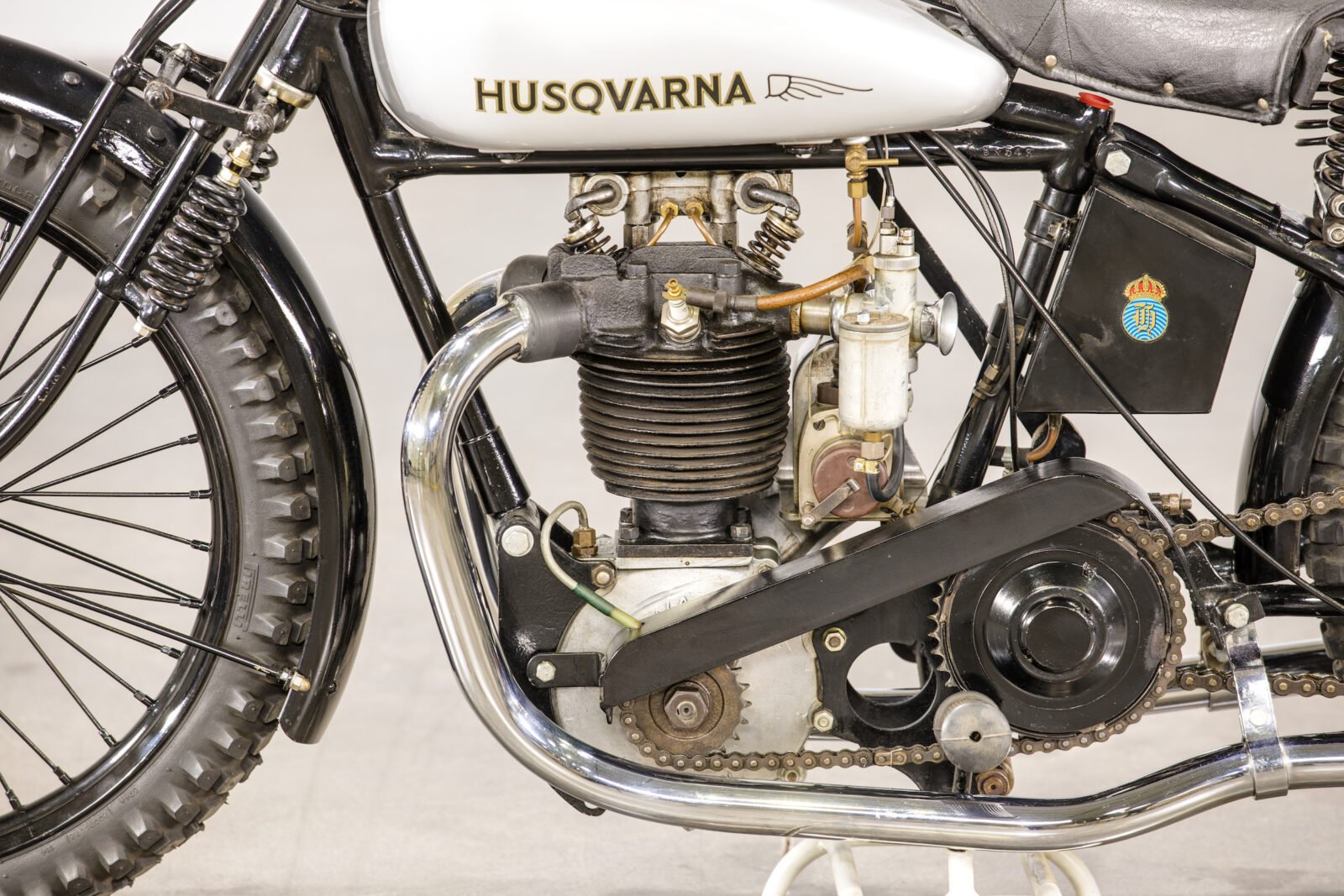 This Husqvarna Model 30 A is a custom motorcycle of sorts – it was built by a privateer racer before Husqvarna offered their own factory-built version – the Model 350DT (DT for “dirt track”).

The 1920s and ’30s were an important, formative time for dirt track racing – also called flat track, circle track, and oval track – and many of the central tenants of the sport would be established during this time.

The Husqvarna Model 30 A

The Husqvarna Model 30 A you see here may very well be unique in the world. It’s been comprehensively rebuilt specifically for dirt track racing, many of the features you see on dirt track bikes of this era would become almost standard in future decades including the wide handlebars, narrow front and rear tires, front brake delete, small slim fuel tank, and the hard tail rear. 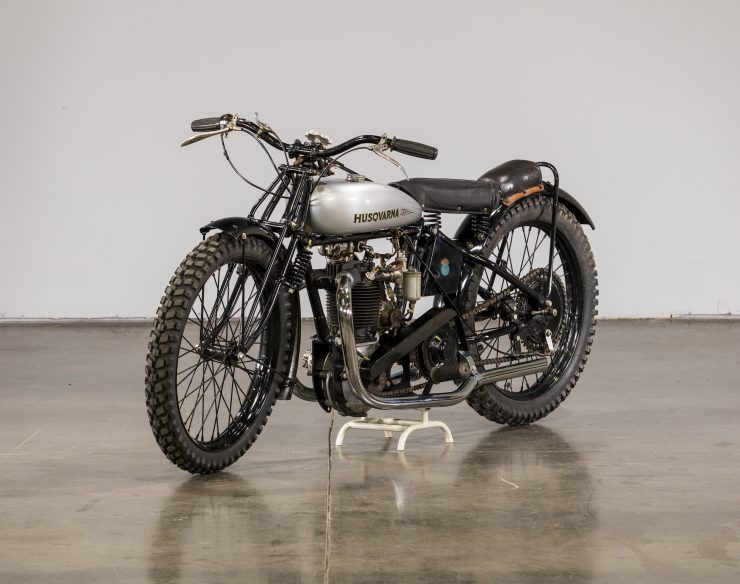 The 1929 Husqvarna Model 30 utilized a twin top tube frame that used the engine as a stressed member, there’s no rear suspension (though the seat springs were ample), and there are Druid-type forks with side springs up front.

A 3-speed hand-shift Sturmey-Archer gearbox is fitted and the bike has a separate oil tank, this variant of the JAP 250cc OHV engine had a total-loss oiling system, a single carburetor, and twin exhaust pipes running down either side.

There is no front brake, speedometer, mirrors, lights, or anything else required for road use as this is a machine strictly intended for the track. Vintage motorcycle racing is fast making a comeback so when unusual, original period racers like this come up for sale they often attract quite a bit of attention.

If you’d like to read more about this Husqvarna or register to bid on it you can click here to view the listing on Mecum. 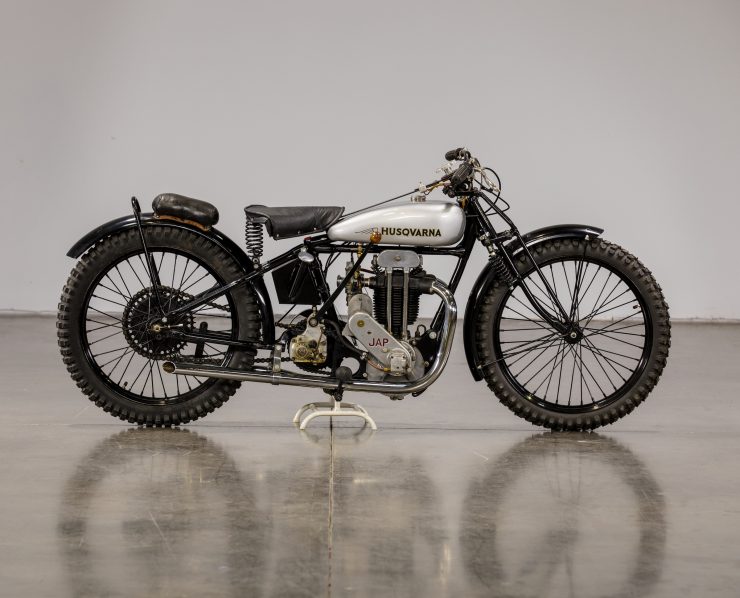 Husqvarna started out all the way back in 1689 building firearms, in fact the logo to this day shows the view down the sights of a rifle barrel. In the late 1900s the company started making bicycles, then in 1903 started manufacturing motorcycles – interestingly that’s the same year a group of Americans across the Atlantic started building motorcycles under the name Harley-Davidson.

Initially Husqvarna developed a line of beautifully engineered road-going motorcycles. In 1918 they started building all of their engines in-house and by the early 1930s they were taking on and beating the best in the world – including a dominant 1 – 2 finish over the typically dominant Nortons at the 1931 Swedish Grand Prix.

By the 1960s Husqvarna would become a dominant force once again – this time with their two-stroke off-road motorcycles that would trigger a revolution that would permanently shape the future of enduro and motocross motorcycles. 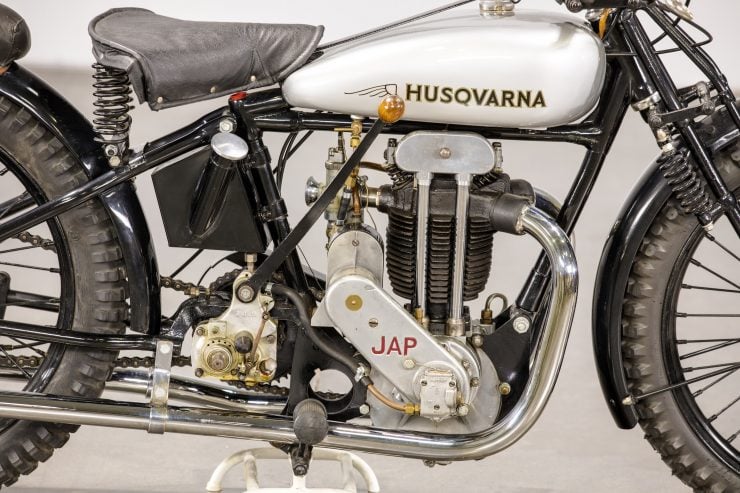 More than once I’ve chatted to people who were convinced that JAP engines are from Japan, of course this isn’t the case, JAP stands for J.A. Prestwich – the initials of the founder John Alfred Prestwich.

JAP engines were an engineering high-watermark for decades, they powered the Brough Superior SS100, the world’s fastest production motorcycle at the time as well as the likes of the Coventry-Eagle Flying-8, and a slew of other motorcycles in England and around the world.

The JAP 250cc OHV single-cylinder engine you see fitted to this Husqvarna became a staple of dirt track racing in Europe and around the world, and it would continue to be improved upon and developed by competitors for decades after JAP was no more – well into the 1970s. 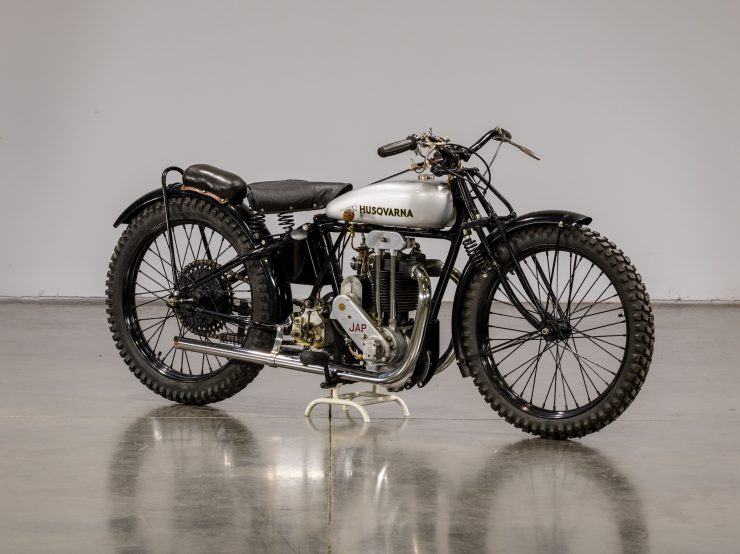 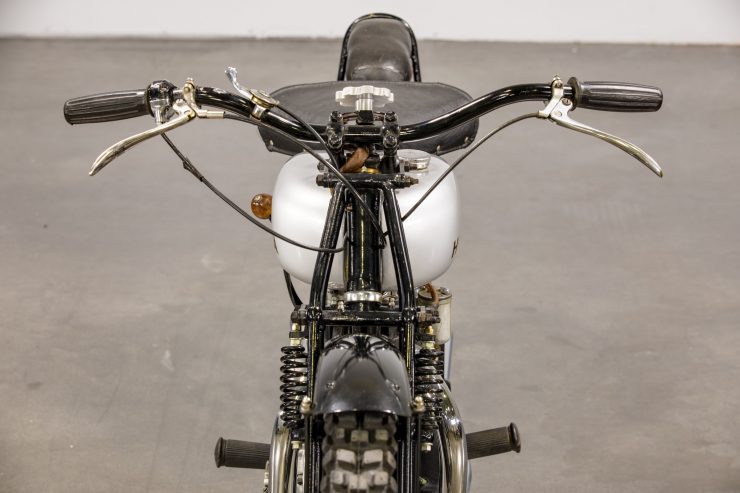 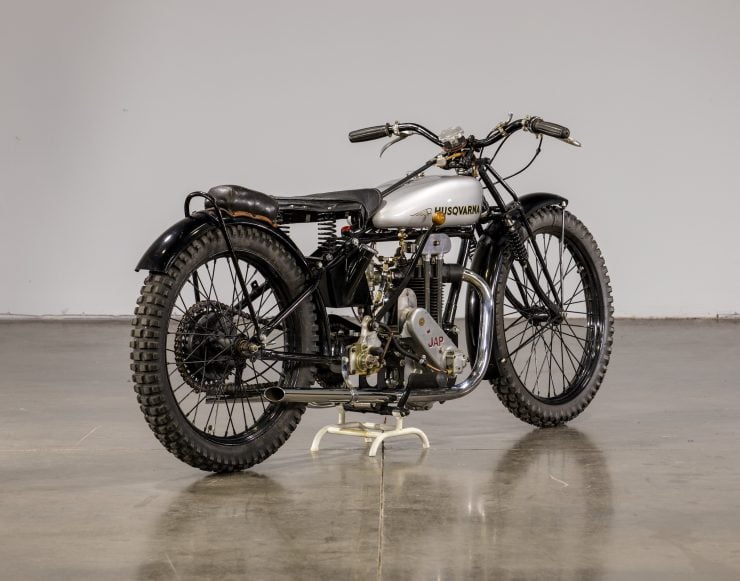 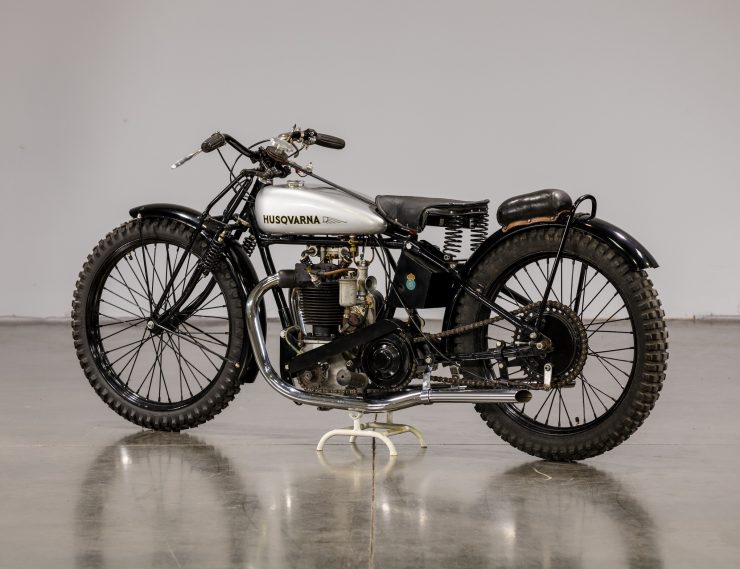 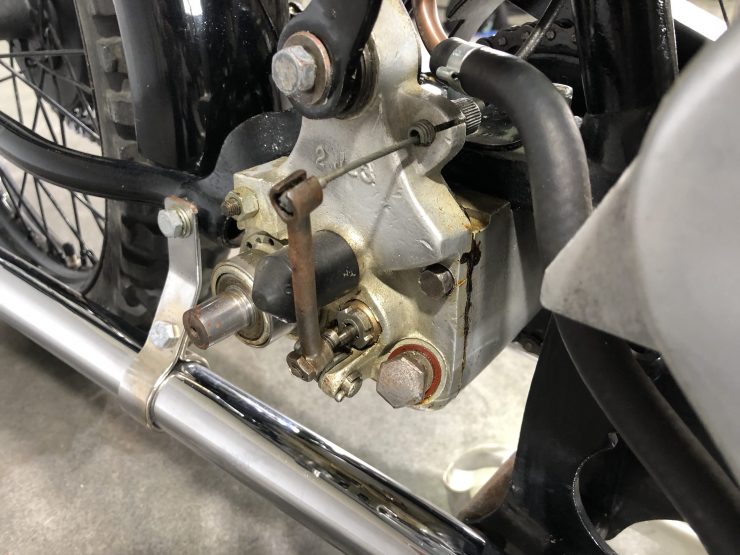 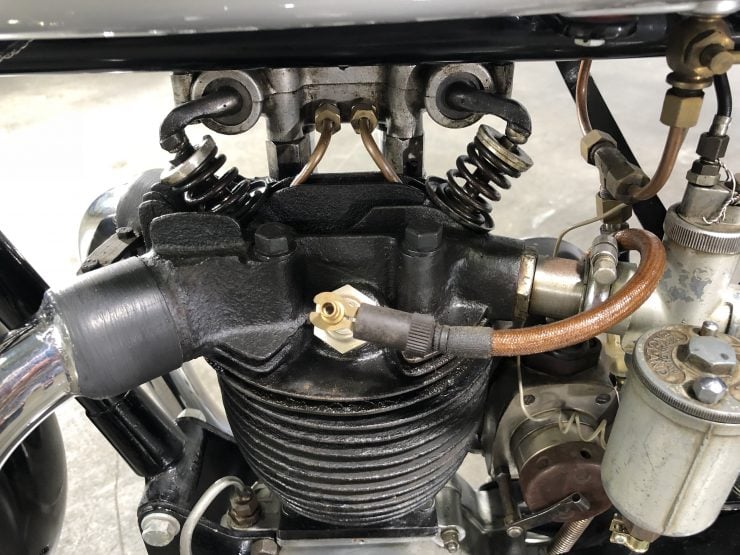 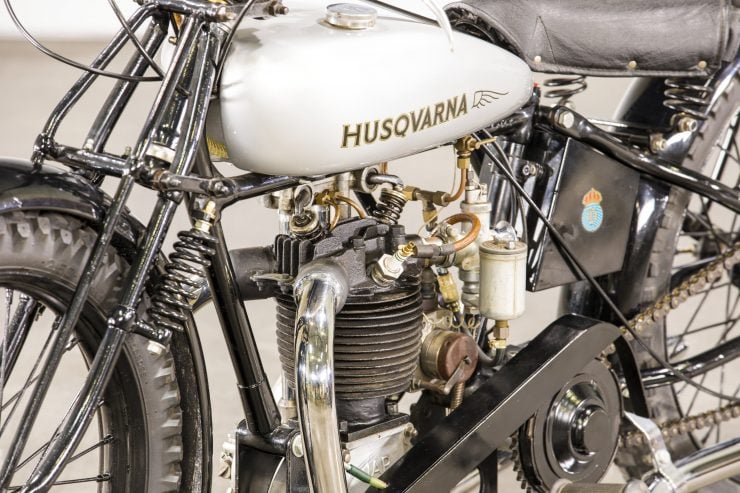 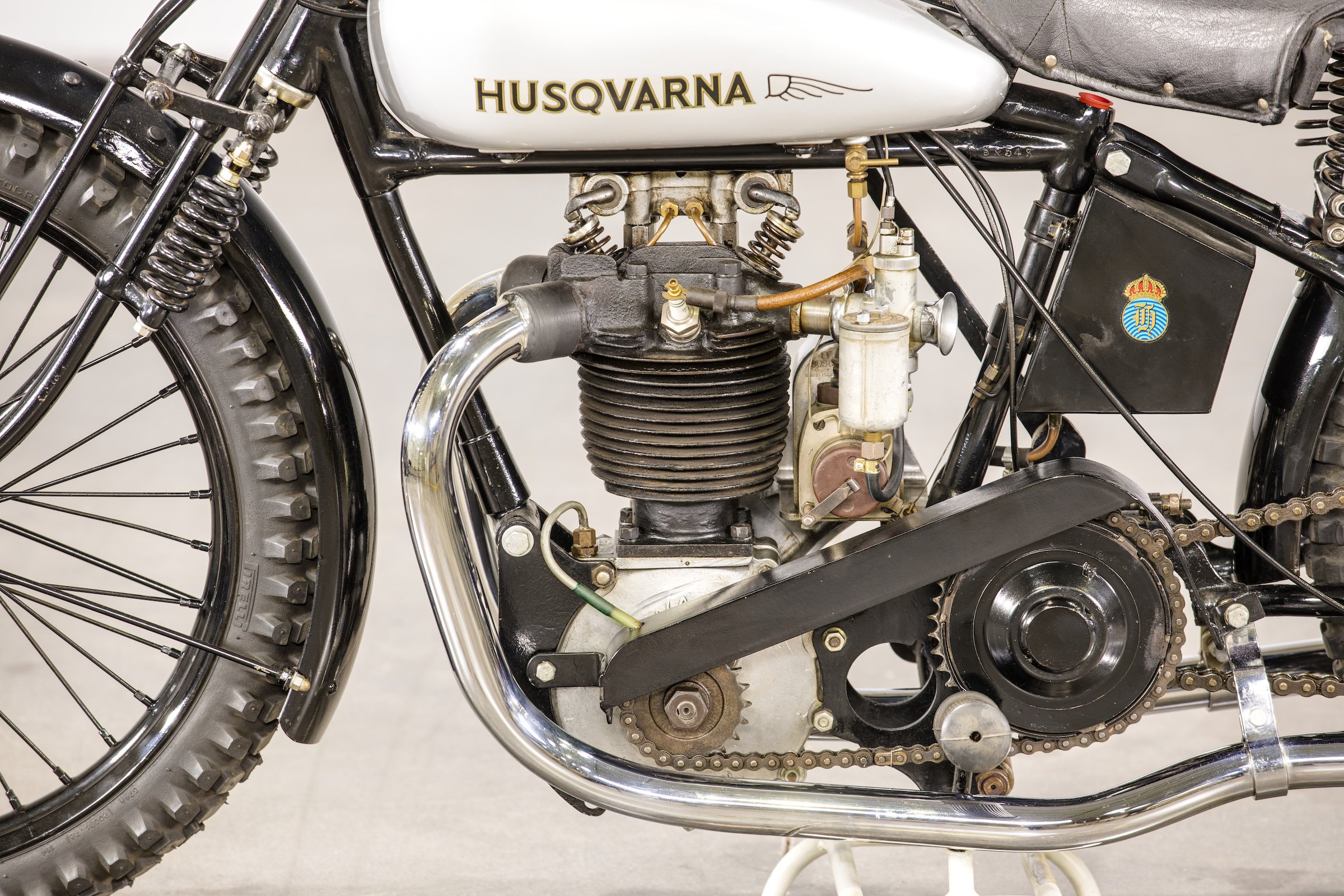