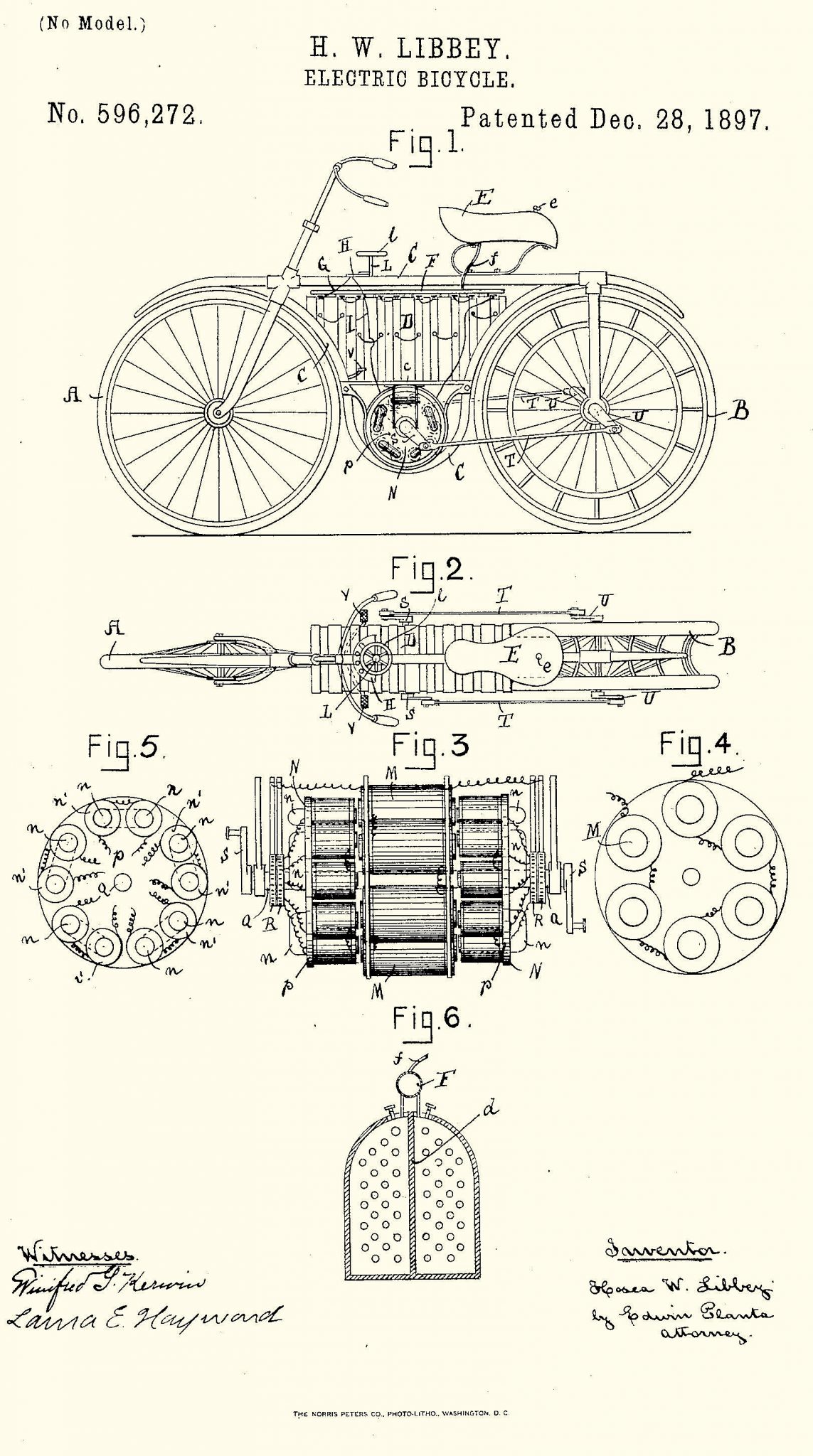 With the surge in popularity of electric bicycles it’s interesting to note that they were first invented in the 19th century, a number of patents were filed around the same time with this one by H. W. Libbey being the closet approximation to the set up electric bicycles have today.

Whilst current battery technology only offers a range of between 20 and 40 miles there’ll be a time in the not too distant future when we’ll have battery systems capable of far in excess of 100 mile journeys, preferably at speed.

Libbey’s design seems to employ a series of lead-acid battery cells under the saddle with a hub mounted electric motor powering the rear axle via a twin-pushrod system. If you can decipher more from the patent blueprints than I can, educate us all in the comments below.