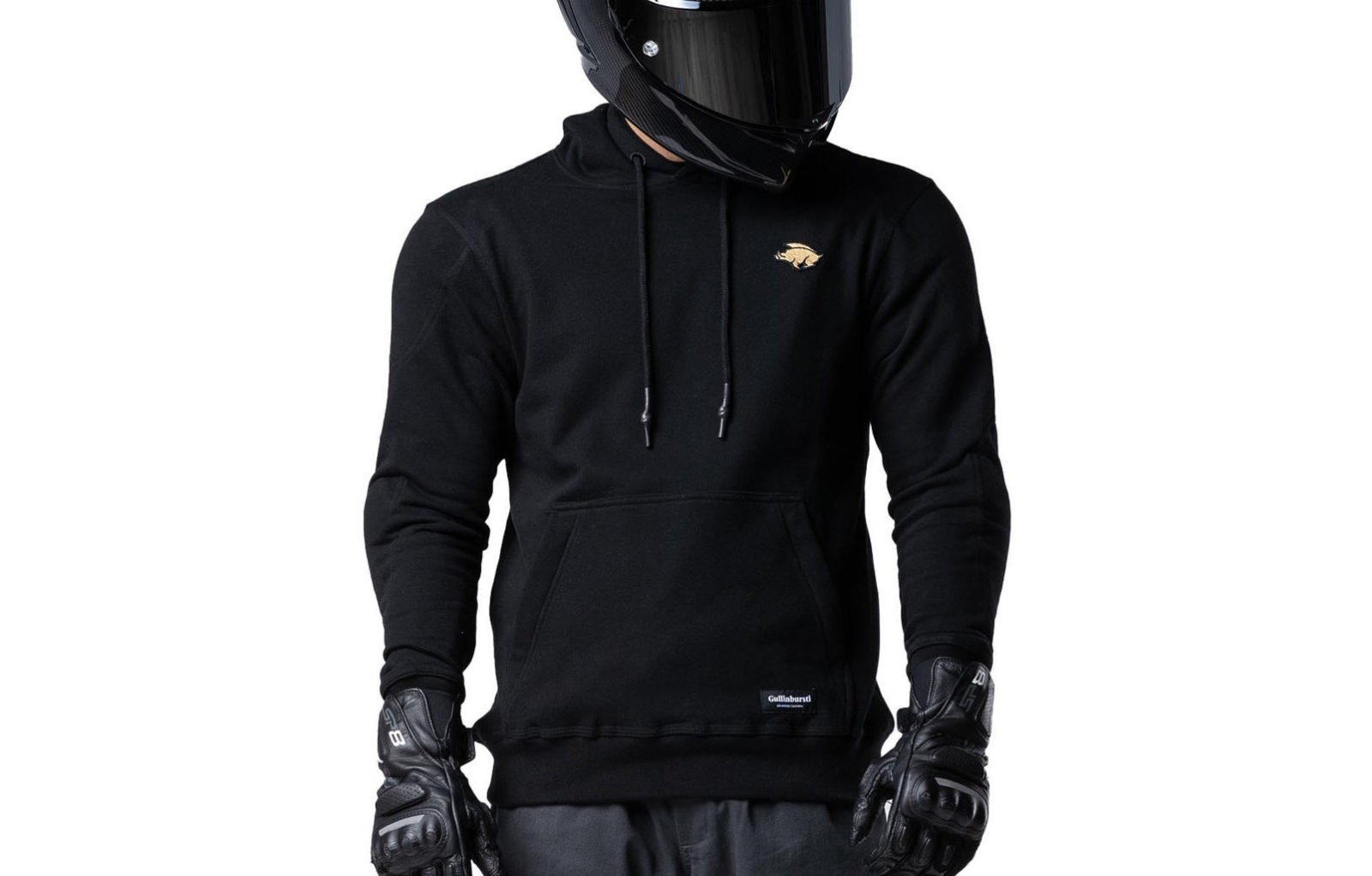 The Gullinbursti Terix is a relatively normal looking black hoodie that has internal Dupont™ Kevlar® and (optional) removable armor in the elbows and shoulders for impact and abrasion protection.

The Terix is targeted at motorcyclists, however it has also been proving popular with urban cyclists, skateboarders, and others that face an increased risk of sudden, unwanted contact with the asphalt.

The word Gullinbursti comes from Old Norse, it means “Gold Mane” or “Golden Bristles,” it was used to describe a mythical giant wild boar with extraordinary strength and golden bristles. Legend has it that Gullinbursti was created when two gods threw a boar skin into a furnace and forged a new creature. 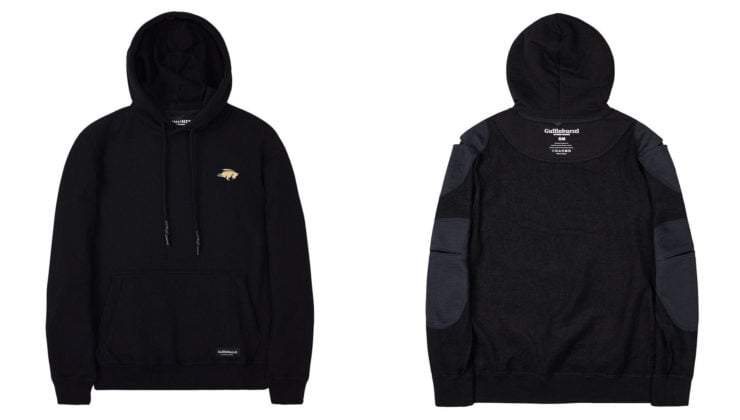 The image on the right shows the hoodie turned inside out, you can see the black Para-Aramid fiber reinforced abrasion resistant panels on the elbows and shoulders. These can be paired with removable armor for added impact protection.

The team at Gullinbursti chose this name for their company based on the golden/yellow color of Kevlar, and the incredible strength of the material that lives up to the age old legend of the Norse boar.

Many motorcyclists want to wear protective gear, but they don’t want to look like MotoGP riders or lost cosplay festival attendees. As a result we’ve seen a rapid increase in the popularity of protective motorcycle gear that looks almost indistinguishable from regular streetwear. 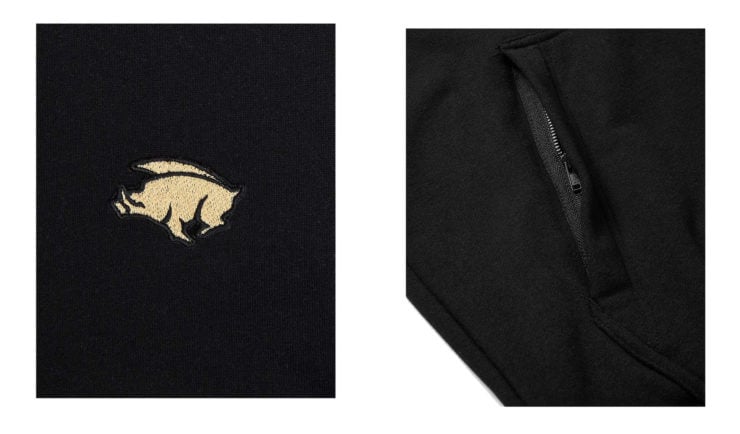 The Gullinbursti Terix has a mid-weight French Terry cloth shell with black Para-Aramid fiber reinforced abrasion resistant panels on elbows and shoulders. These panels are made from a proprietary blend of 40% cotton, 20% polyester, and 40% Dupont™ Kevlar® fibers.

Gullinbursti offer the Terix armored Kevlar hoodie in sizes ranging from S up to XXL and there’s a sizing chart on the store page to ensure you get the right fit first time. The MSRP is $159 USD and the optional Gullinbursti® shoulder and elbow protectors cost an additional $30. 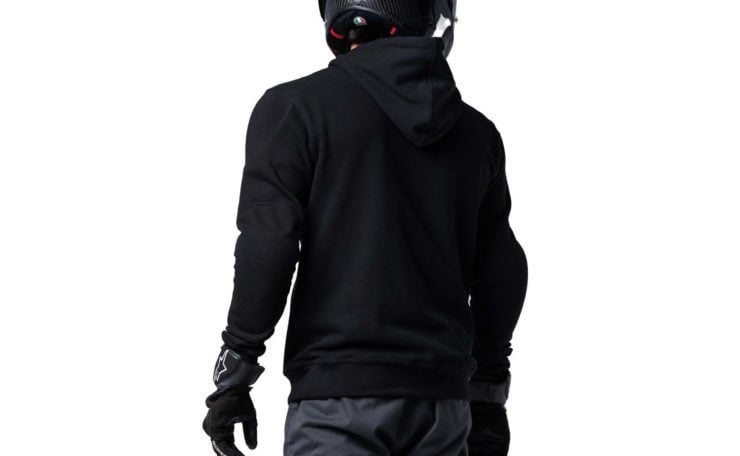