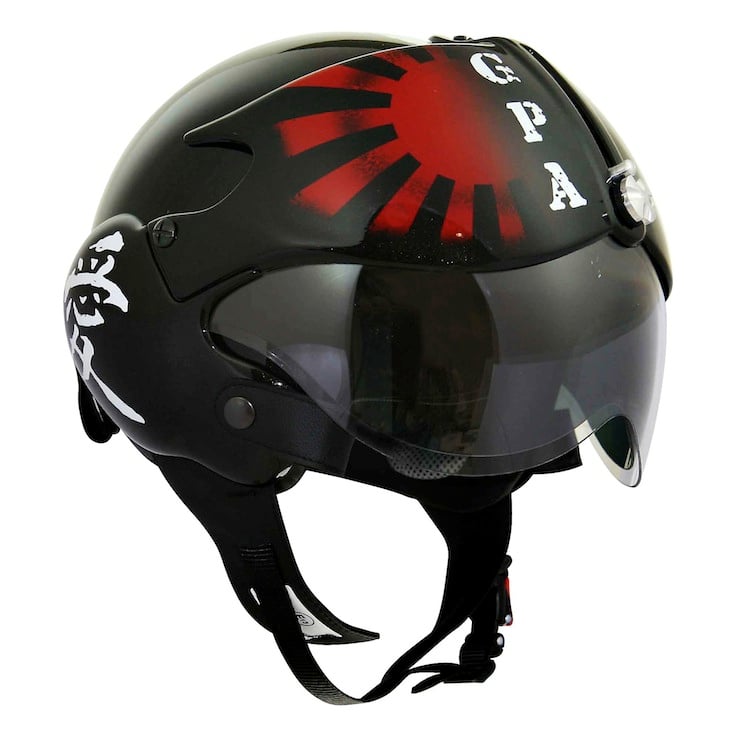 This is the Kamikaze Helmet by GPA, a French company known for producing slightly unusual designs. It’s an aircraft style helmet that has a double visor system, this allows you to choose between clear or tinted eye protection, all of the GPA helmets have full ECE 22.05 safety certification and a removable, washable lining.

This design is offered in both light and dark colours (with the dark option being shown here), if you’ve been looking for the perfect lid to match your ’77 Honda CB550, this might be right up your alley.