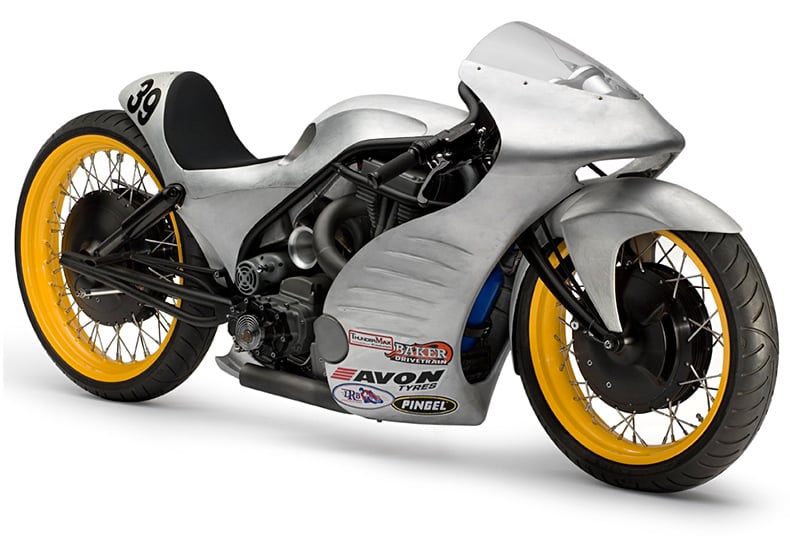 We featured the Nortorious by Goldammer Cycle Works earlier this week and it caused all of our regular reader’s eyes to explode out of their faces, bounce off their monitors and land on their keyboards. In other words, it was rather popular. Usually I wouldn’t feature 2 bikes from the same builder in the same week, but I feel like in this case, no one is really going to mind.

Originally built in 2007, the Goldmember was designed with an altogether unique goal, to compete in both the AMD World Championships and to compete at the Bonneville Salt Flats. This meant the bike had to not only look like a show winner, it had to perform like a race winner.

From the outset it seems to me like perhaps all bikes entered into international level competition should have to prove their road or race-track worthiness. After all, what’s the point in a shiny motorcycle that can’t be ridden or raced?

Goldmember represents the 3rd bike Roger Goldammer created using half a Harley V-Twin, like the others he added a supercharger and unlike the others, he added a Nitros Oxide system. A staggering amount of work went into getting this 965cc single cylinder to not only run, but to produce ~140hp without blowing up with fatal consequences at 160mph on the salt.

The bike went onto win the freestyle division of the AMD World Championship 2008, it also won the Artistry in Iron Las Vegas Bikefest/Hot Rod Bike 2008. After this Roger took the bike down to Utah and ran it at 164mph with what I assume was a wide smile under his helmet. 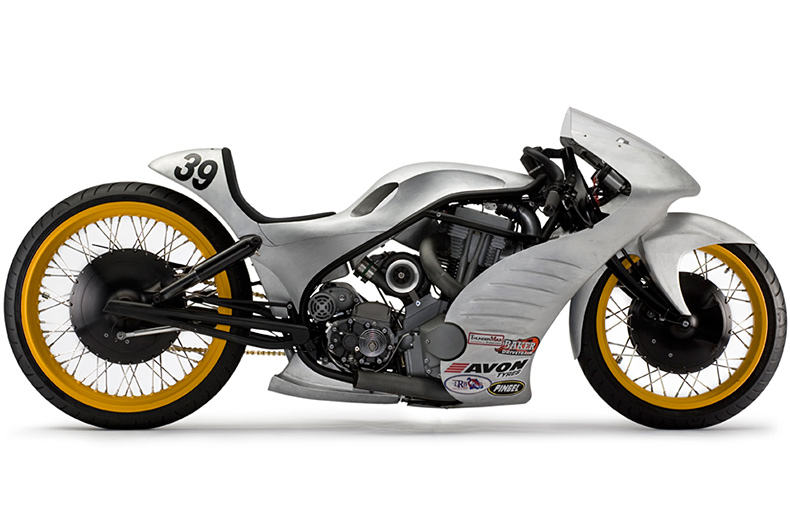 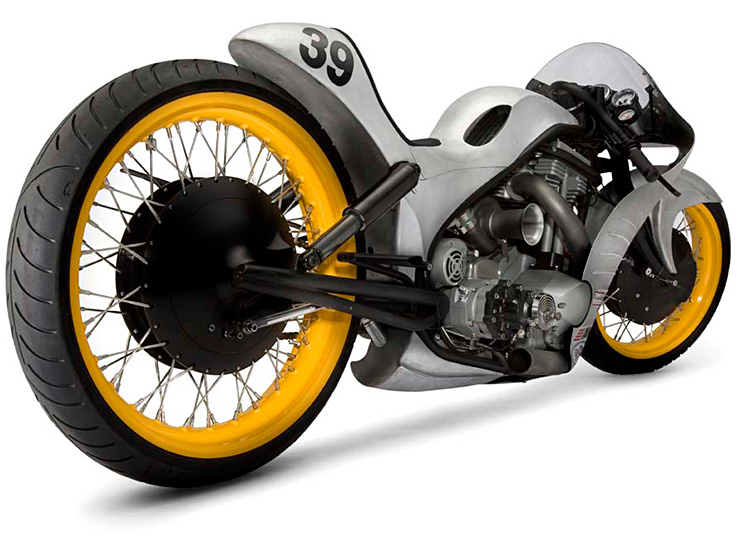 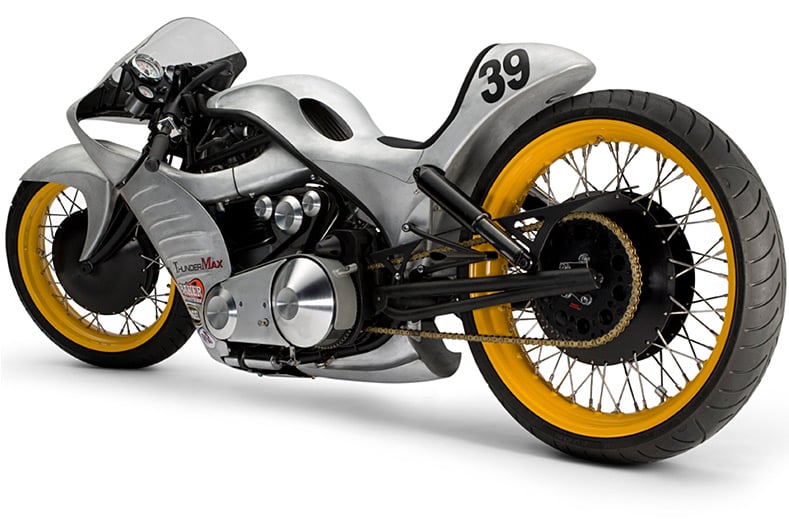