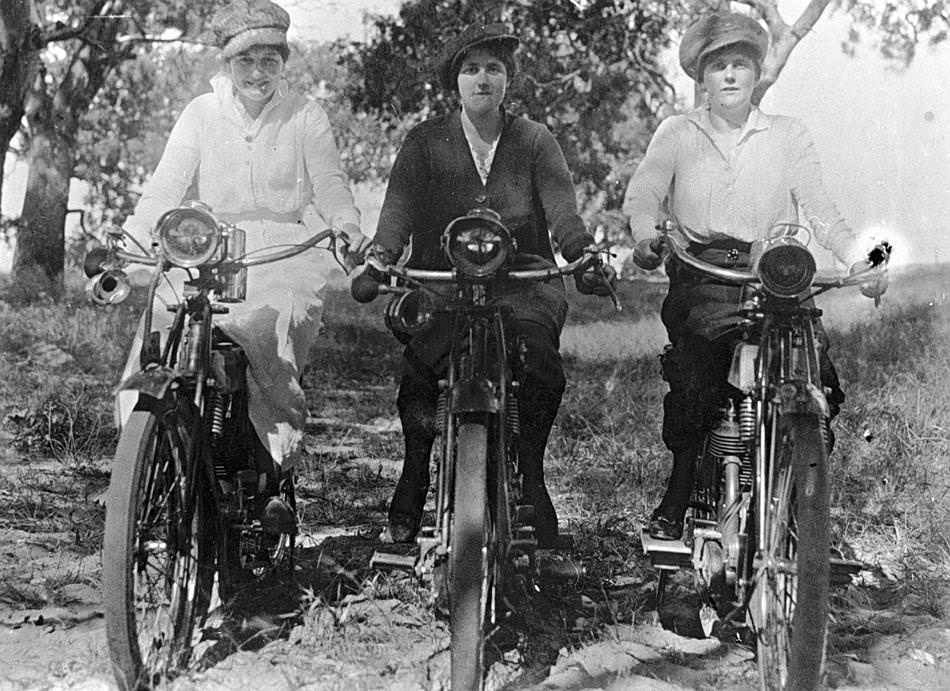 This 1920 photograph comes from the fantastic Museum Victoria collection, it depicts Glad Linaker, Lizzy Chinnery and Glad White sitting atop their v-twin motorcycles. If you’d like to see more from the Museum Victoria photo archives, click the link here.

This is an original set of Vincent Black Knight bodywork from 1955, it was originally fitted…

This is the new three-cylinder radial engine from Australian company Radial Motion. The engineers behind it…

This is one of just two surviving examples of the unusual SEAL Family Motorcycle, it’s essentially…

The Alsta Nautoscaph Superautomatic is by far the Swiss watch company’s most famous watch, largely because…