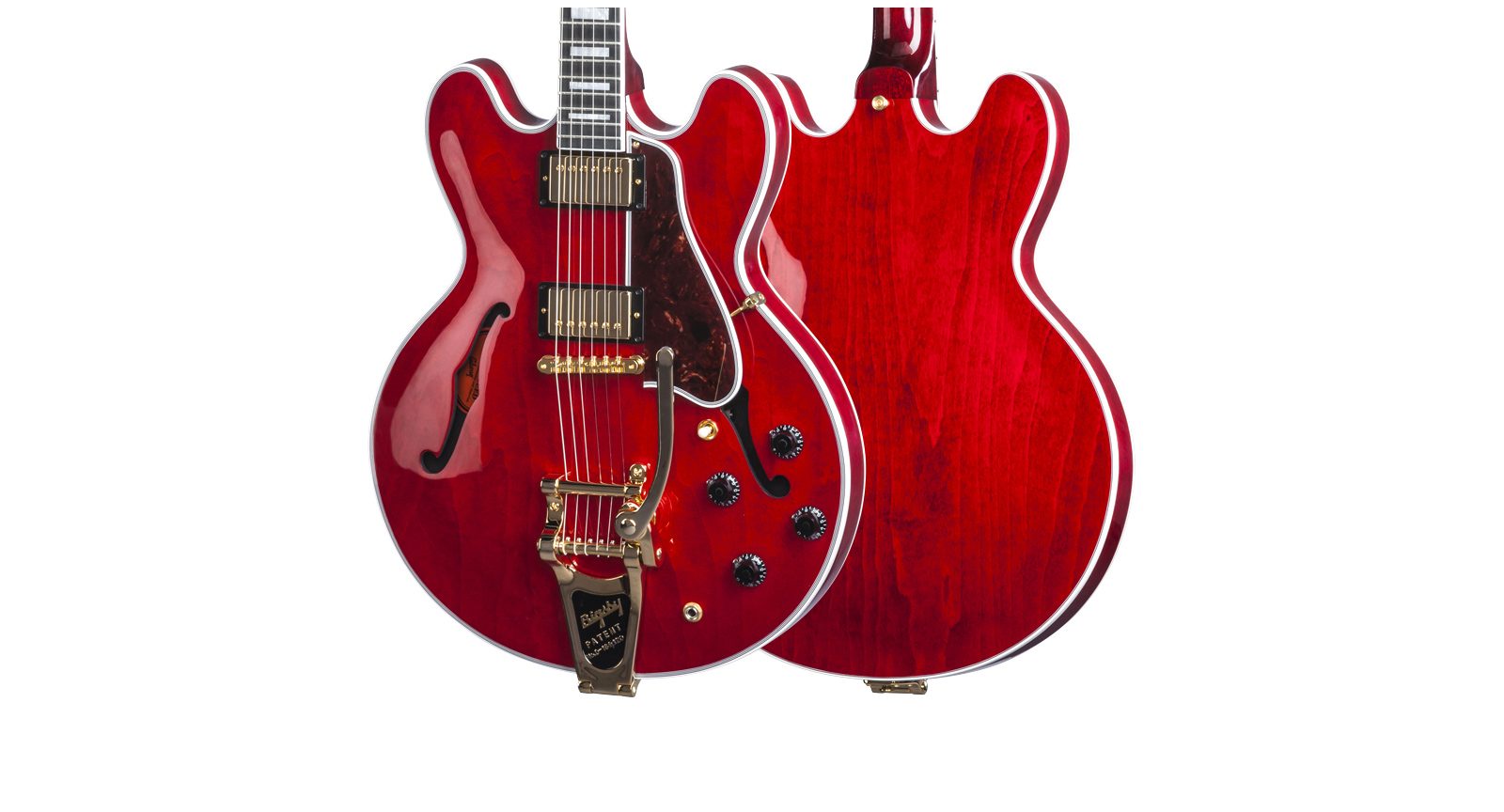 Gibson Guitars was founded in 1902 and originally made mandolin-family instruments, they rose to prominence after they invented the first archtop guitars using the same carved, arched tops used on violins – producing an entirely unique sound. Towards the mid-20th century Gibson released one of the first hollow-body electric guitars, and helped trigger one of the largest revolutions in modern music.

The Gibson Memphis ES-355 Cherry Gloss is a semi-solid body electric guitar with a maple and poplar construction, it has an original Bigsby tremelo tailpiece, 57 Classic humbucker pickups, and mother of pearl inlays. 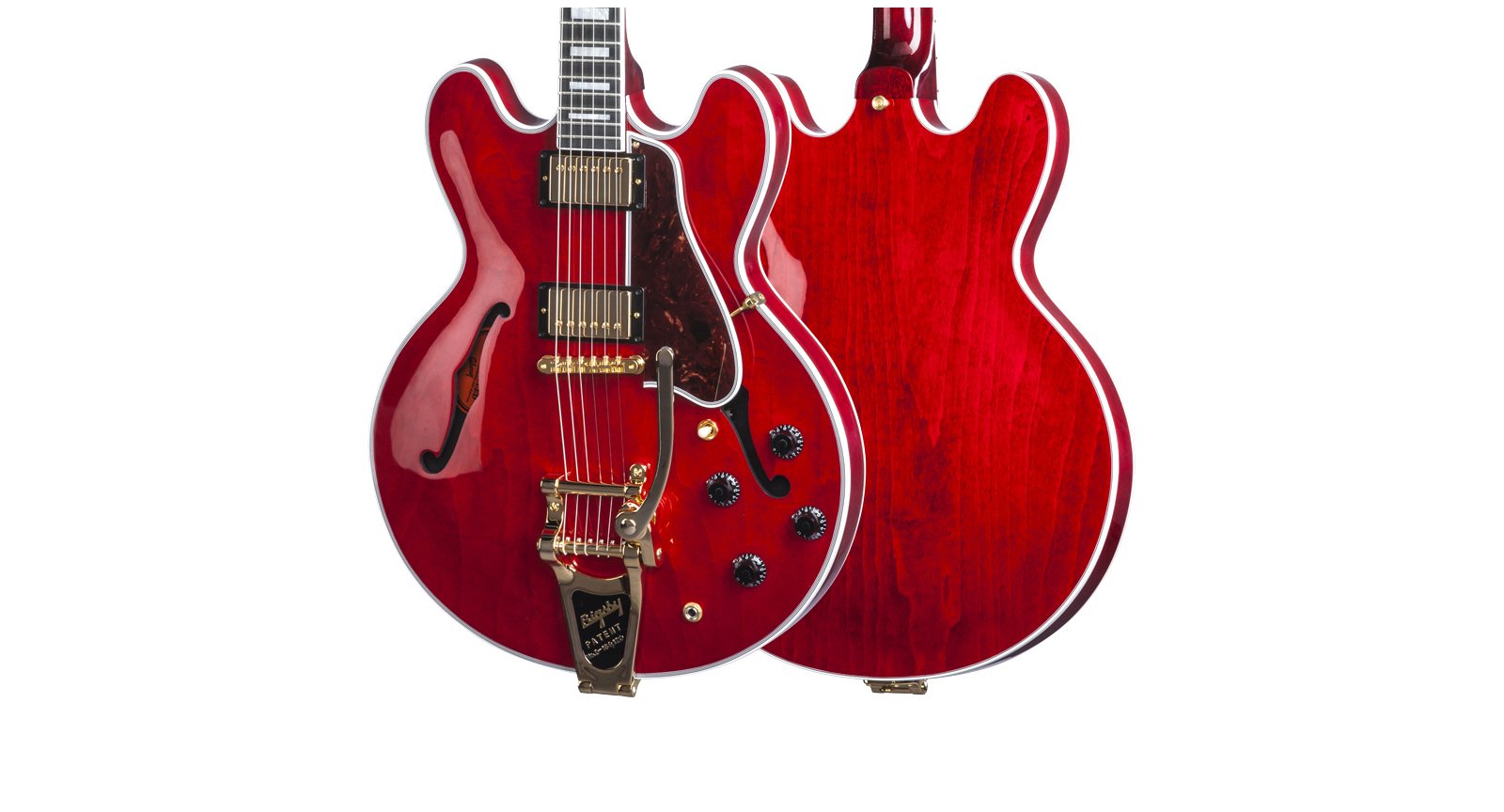